Hello fellow skaters, speed freaks and forum lurkers. I’ve been poking around in the shadows of this forum for too long, learnt a lot from the wealth of information that is posted here (use the search feature kids its great!) and now thought it was time to say hi. So… Hi!

A little about myself:

I’ve been building and modifying electric and nitro RC cars, drones and helicopters since I worked out at about the age of 5 that if I remove all the shiny screws from stuff they fall apart and make more smaller stuff! - I also jumped on my first skateboard around that age and have been skating ever since - street and some hill sliding - love me some missing skin

With all that destructive practice of taring stuff apart, cramming bigger motors and batteries into things that weren’t designed to fit without a little “help” mixed with my later hobby of building 3D printers and my first leap into electric skateboards which was an Evolve ONE everything kinda fell into place (as a many of you crazy skilled people on here would also have found)

Here are a few snaps: 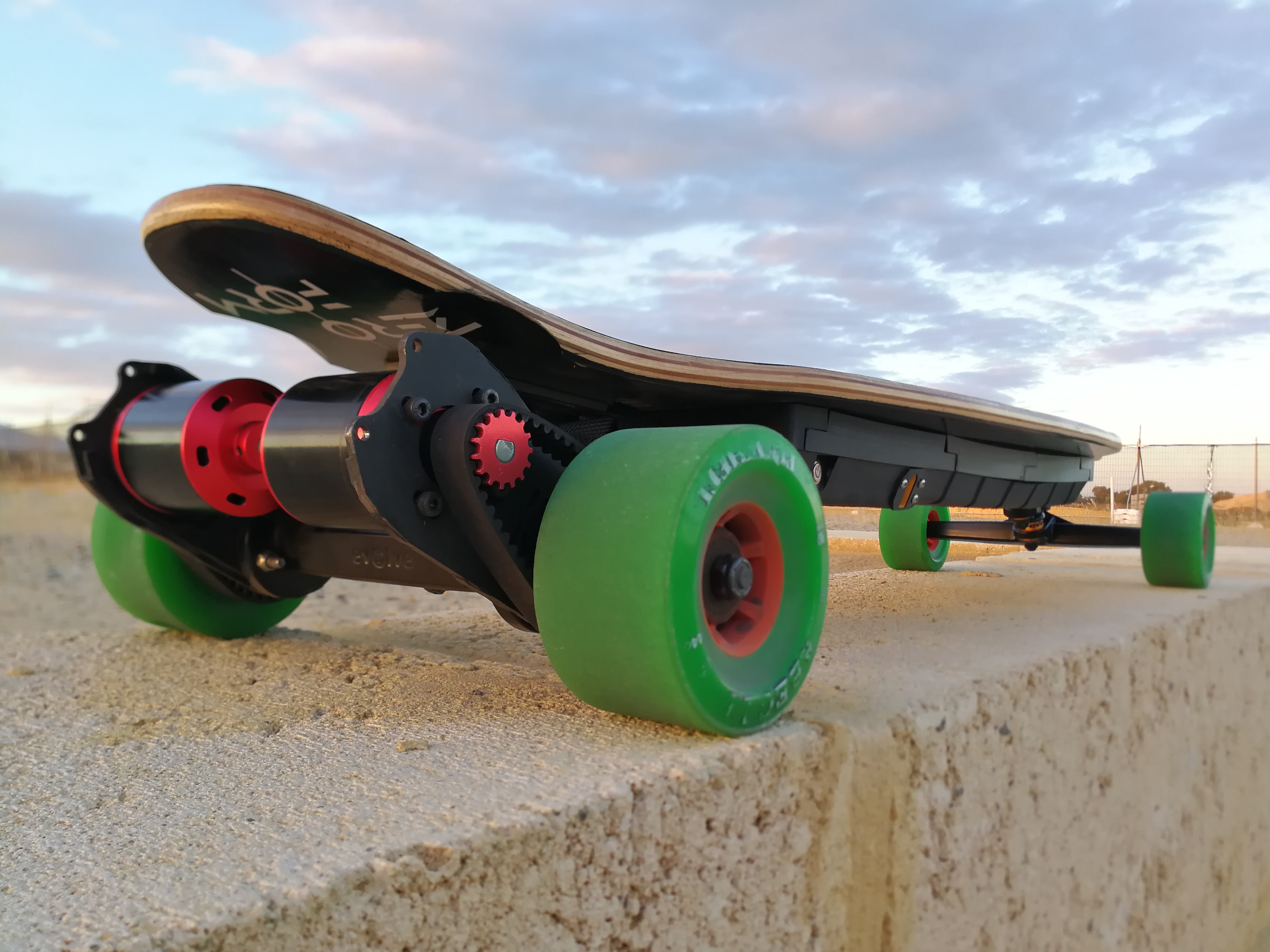 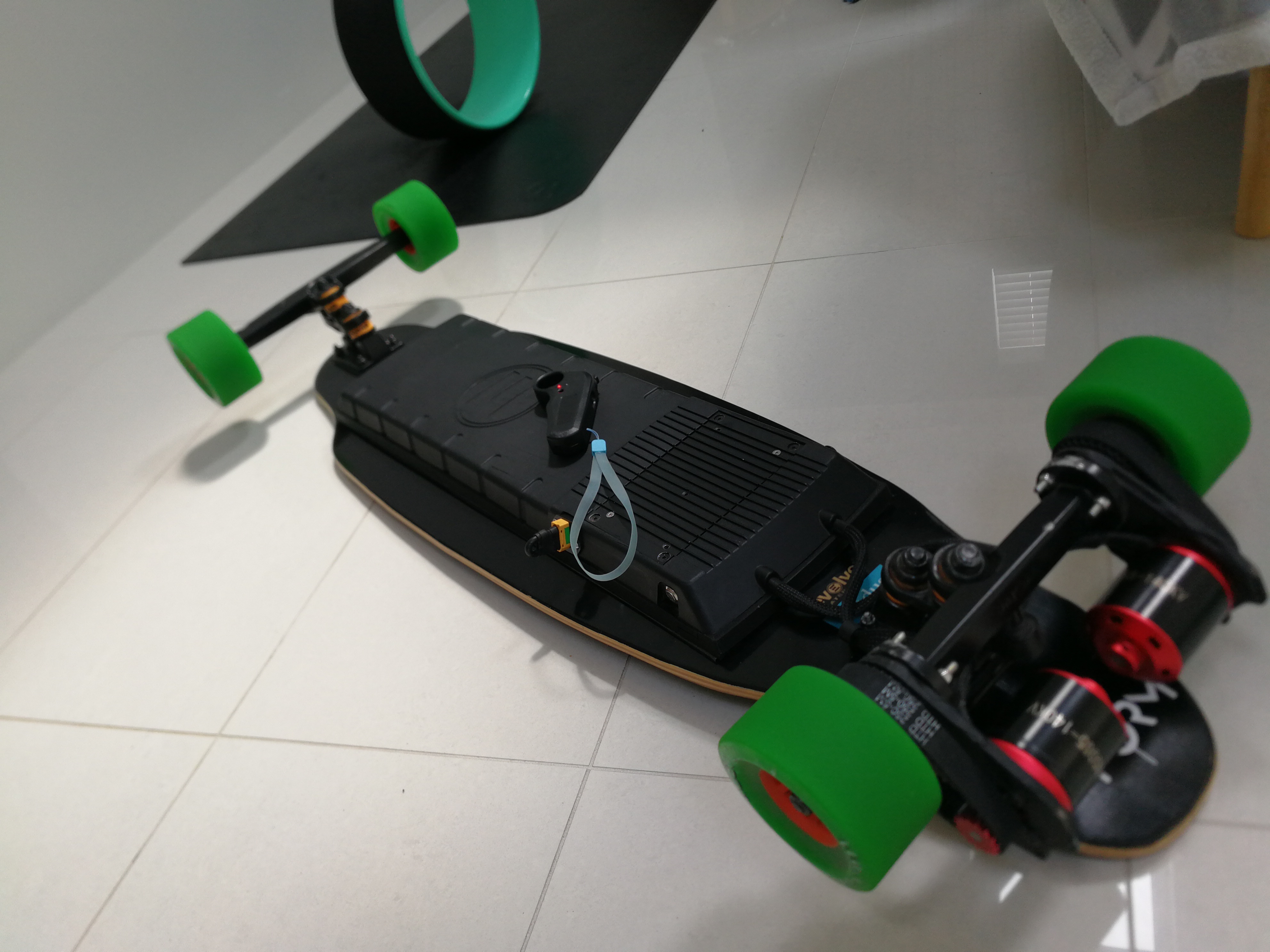 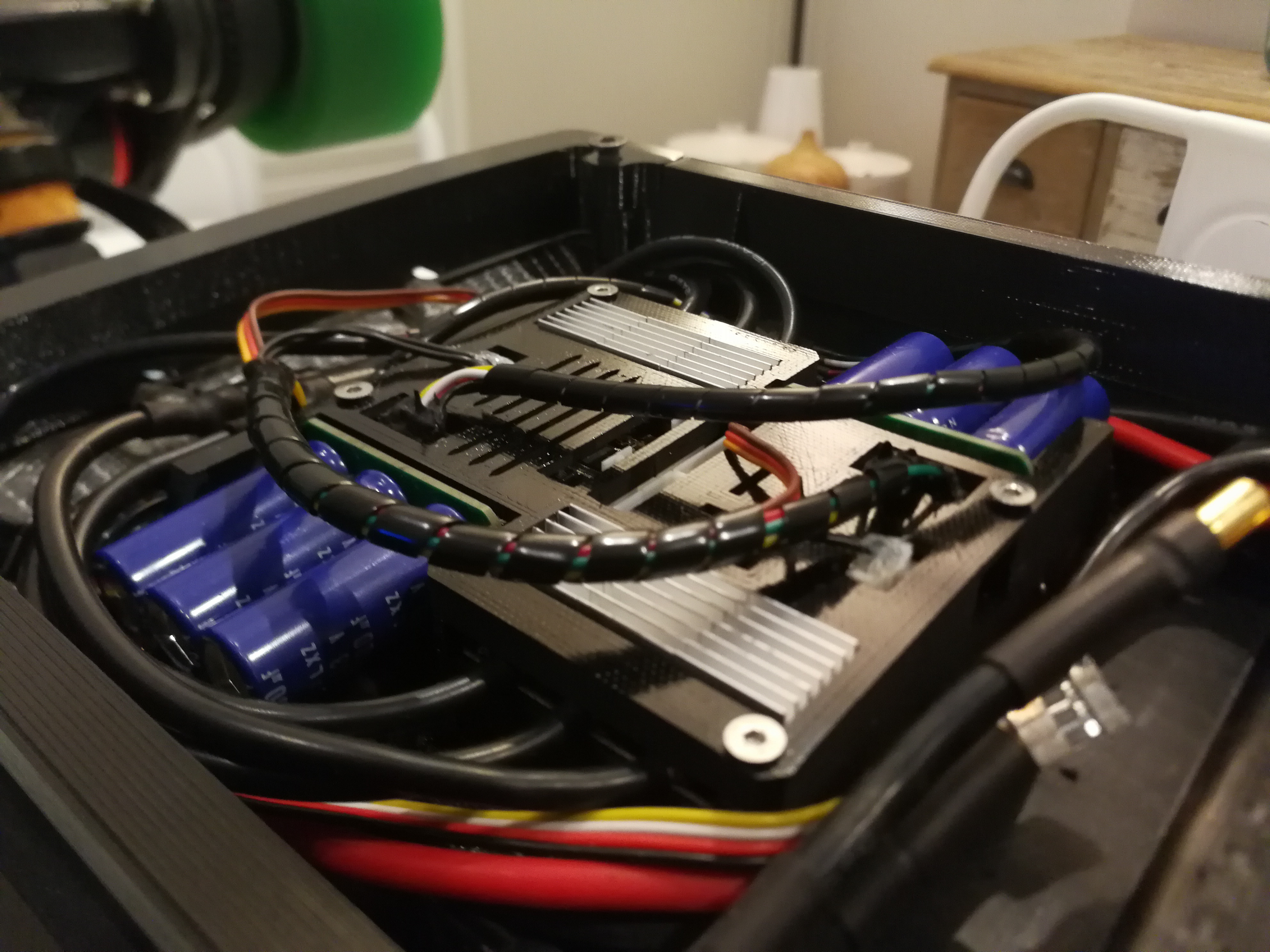 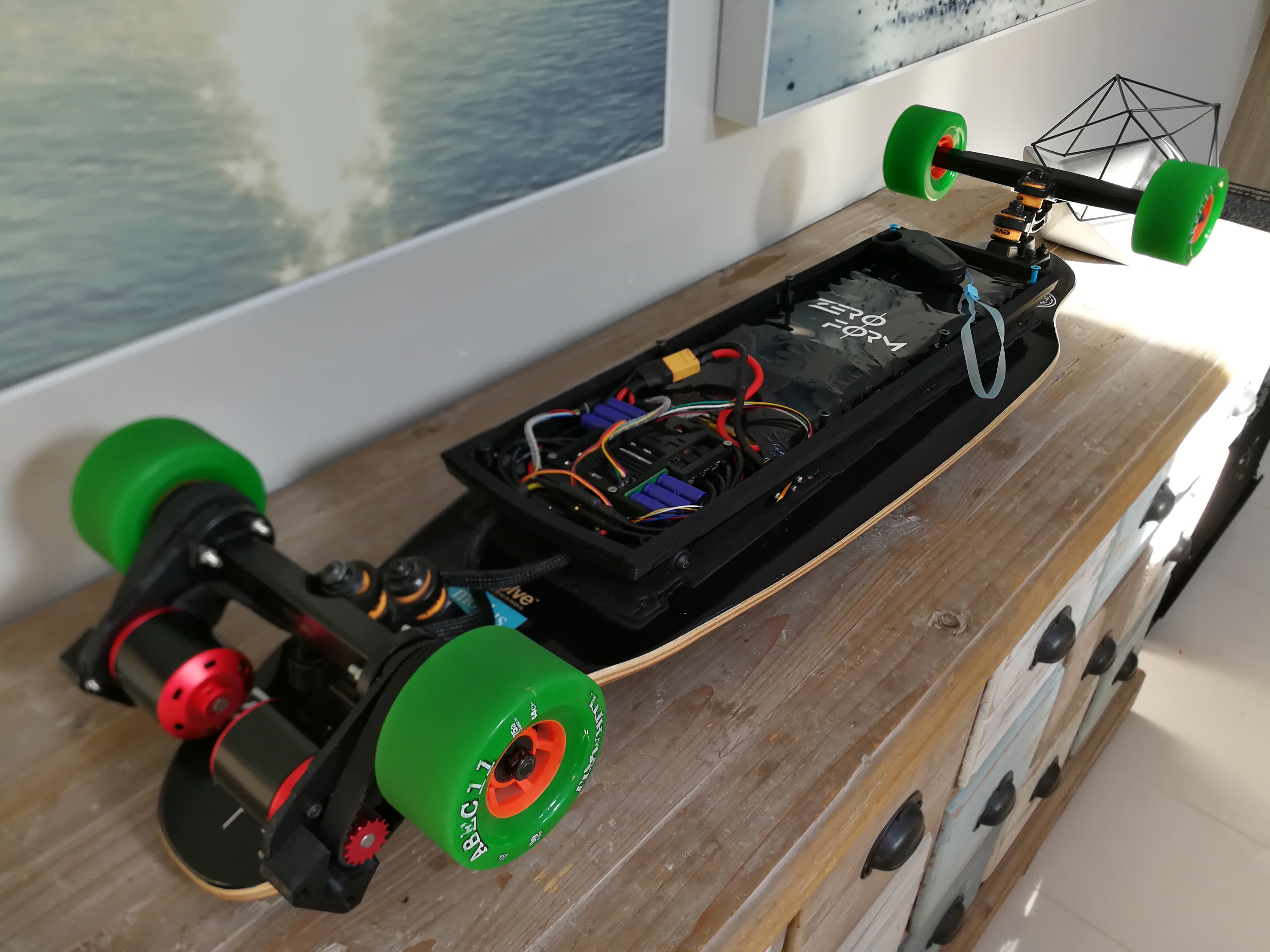 It’s been a great board - reliable and has happily given me roughly 15,000 km over the 2 and a bit years I’ve owned it and it still goes strong.

BUT… i got bored… I like building stuff… so…

Here are a few snaps of my progress so far. Deck has arrived and I’m really happy with my choice - the no flex will be a nice change (I think) 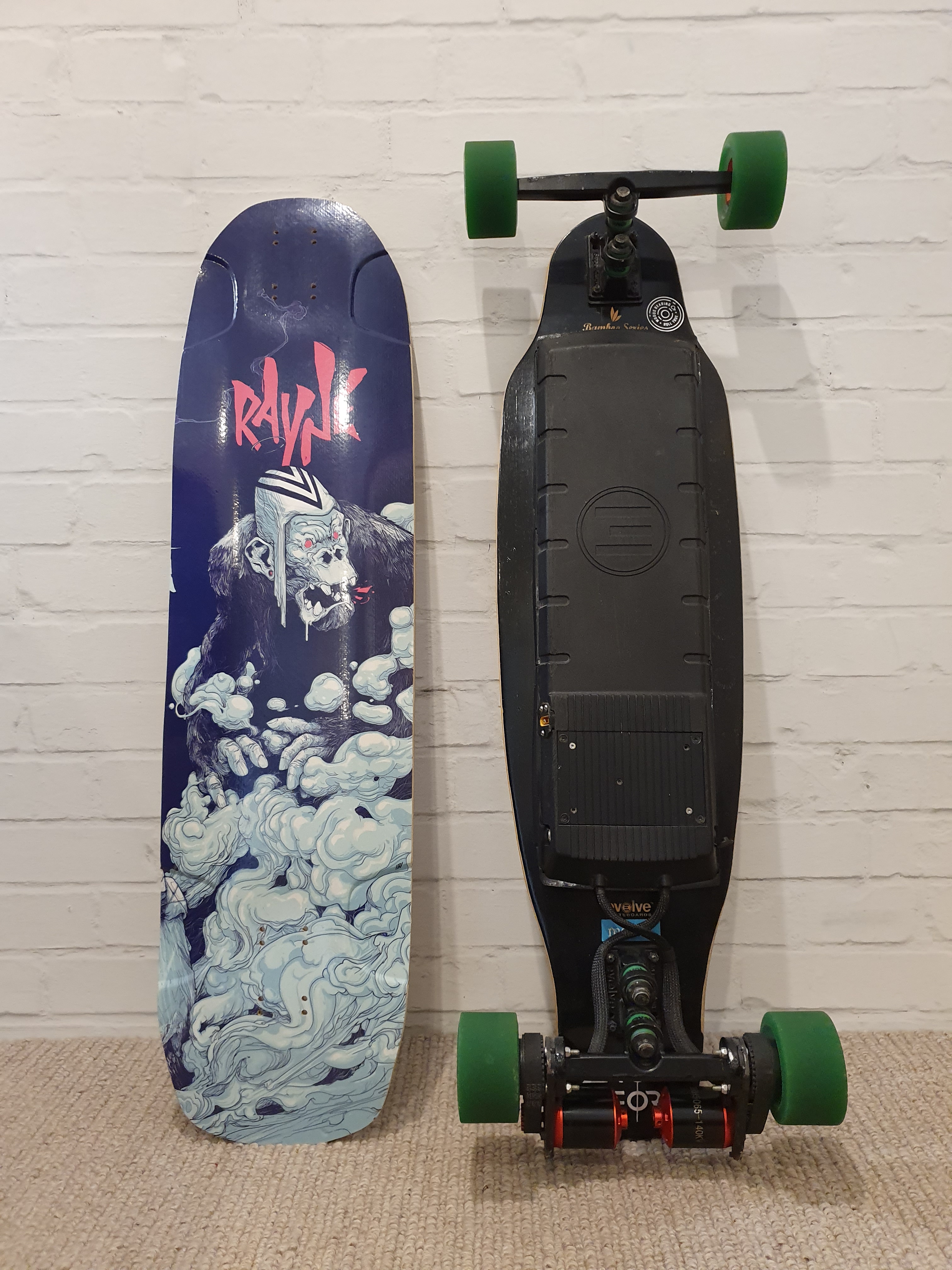 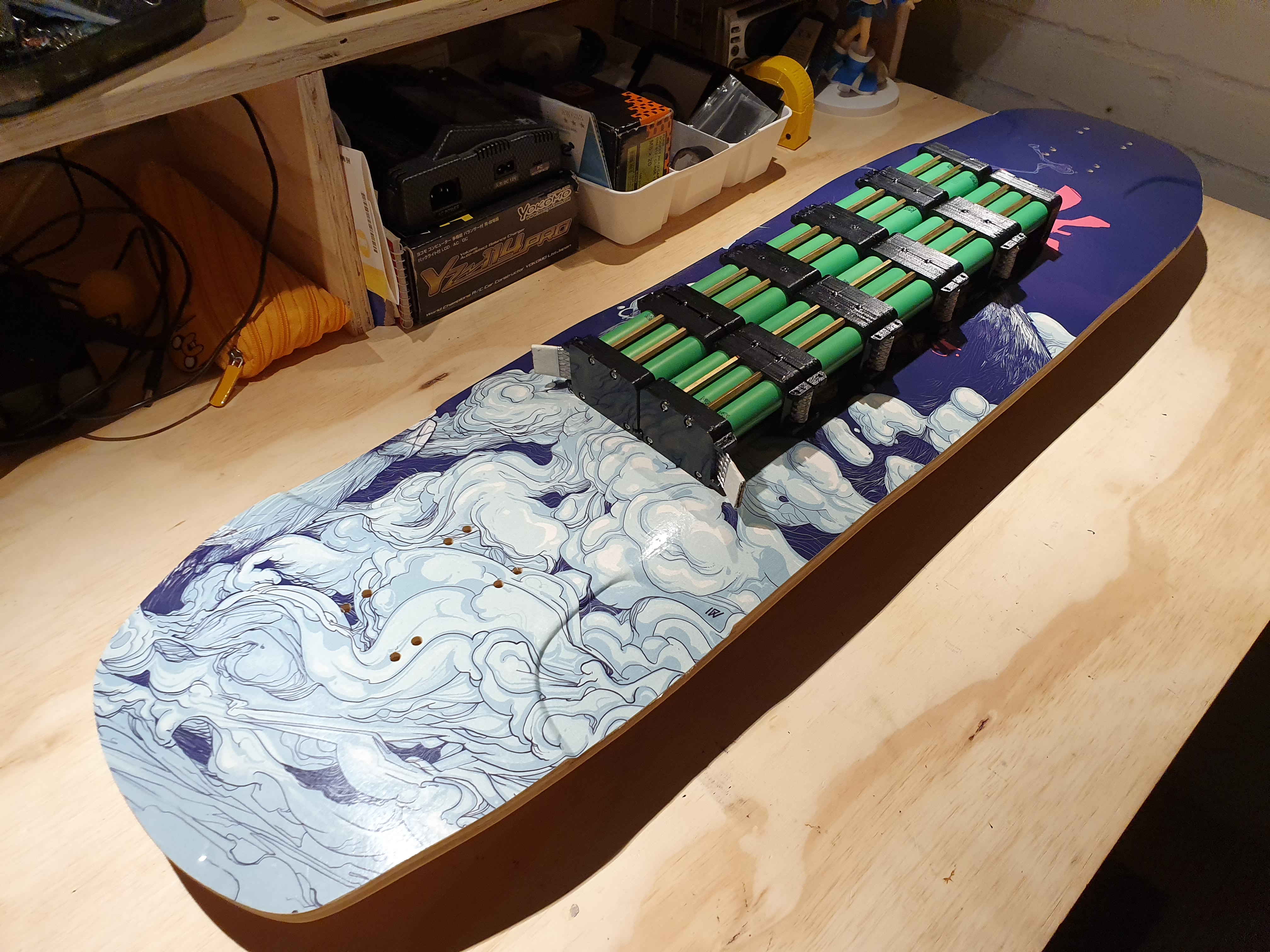 I’ve finished the main prints and assembly of the compression pack. Using tinned copper braid (my take on winfly’s idea) Hoping I can get the amps I want out of the pack. End caps are printed in solid PETG and the insulation pads are solid TPU 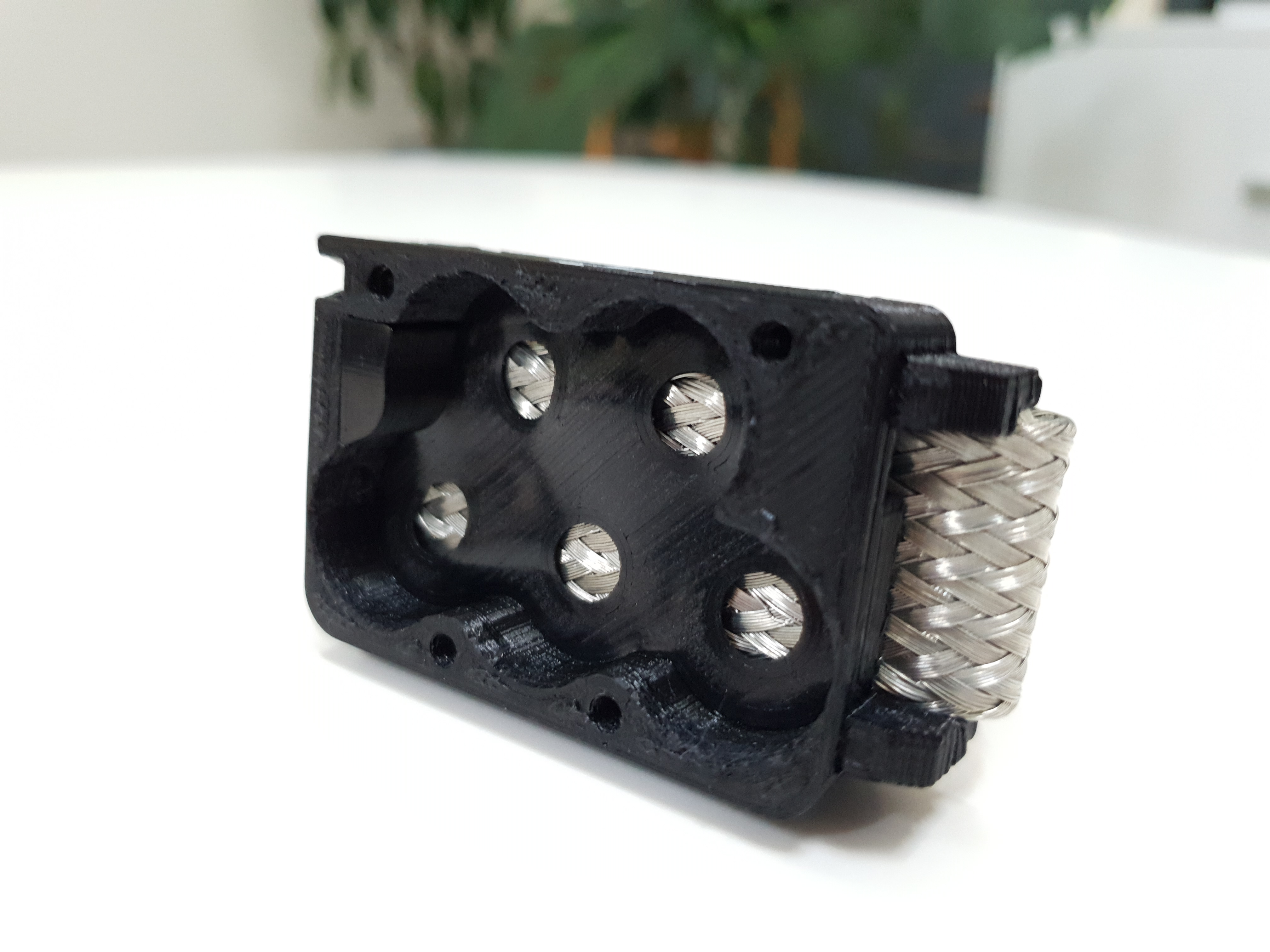 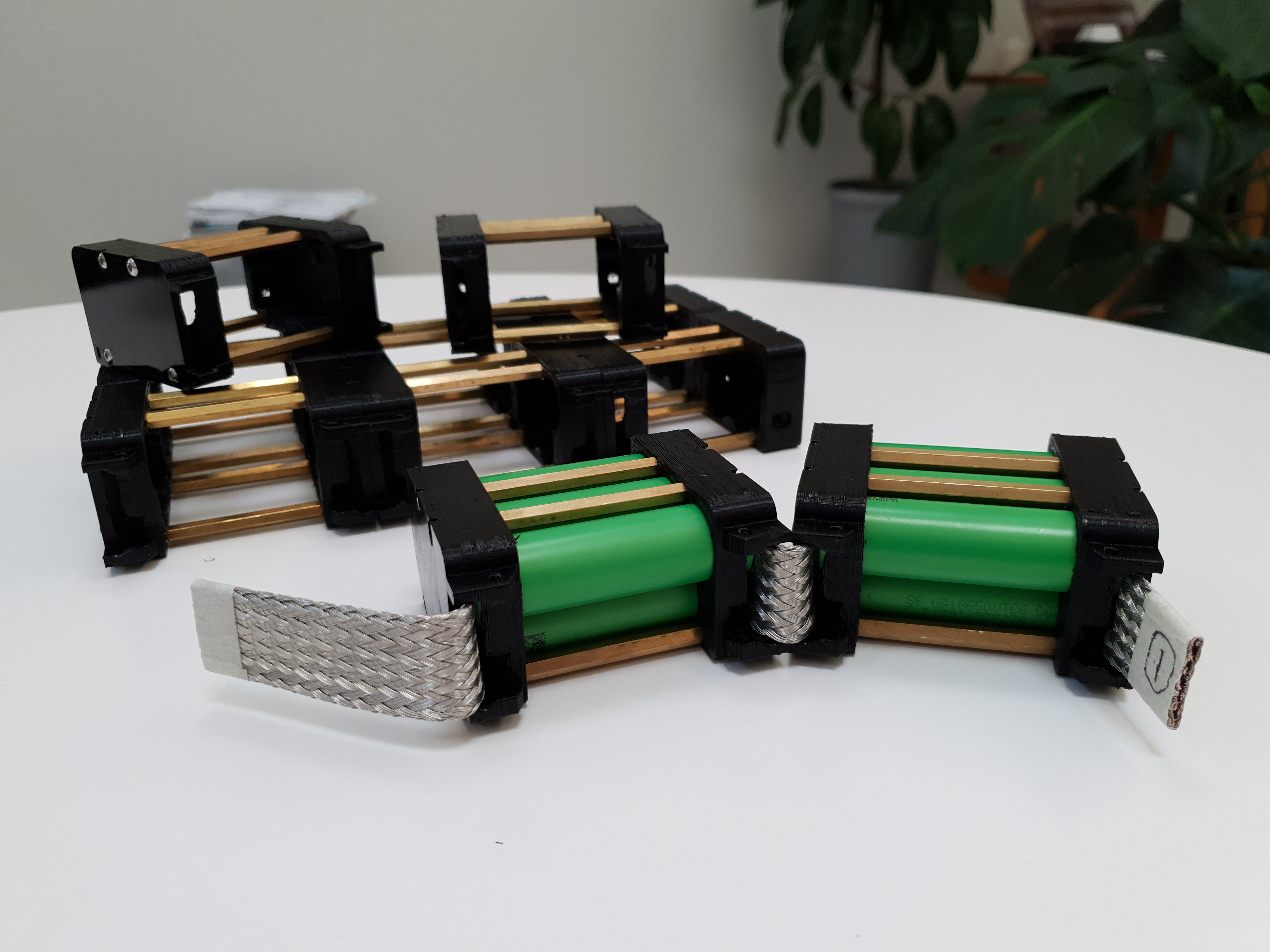 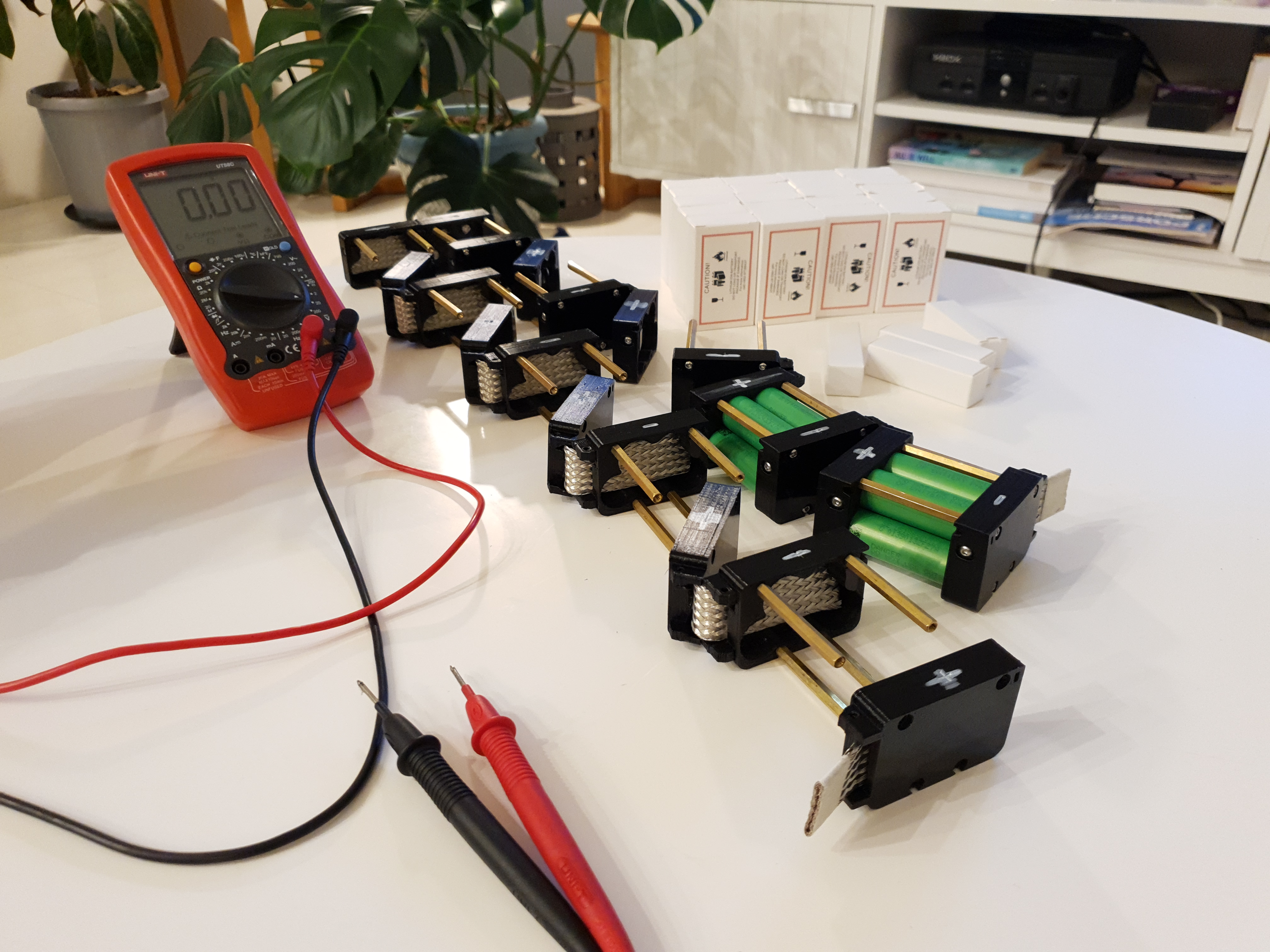 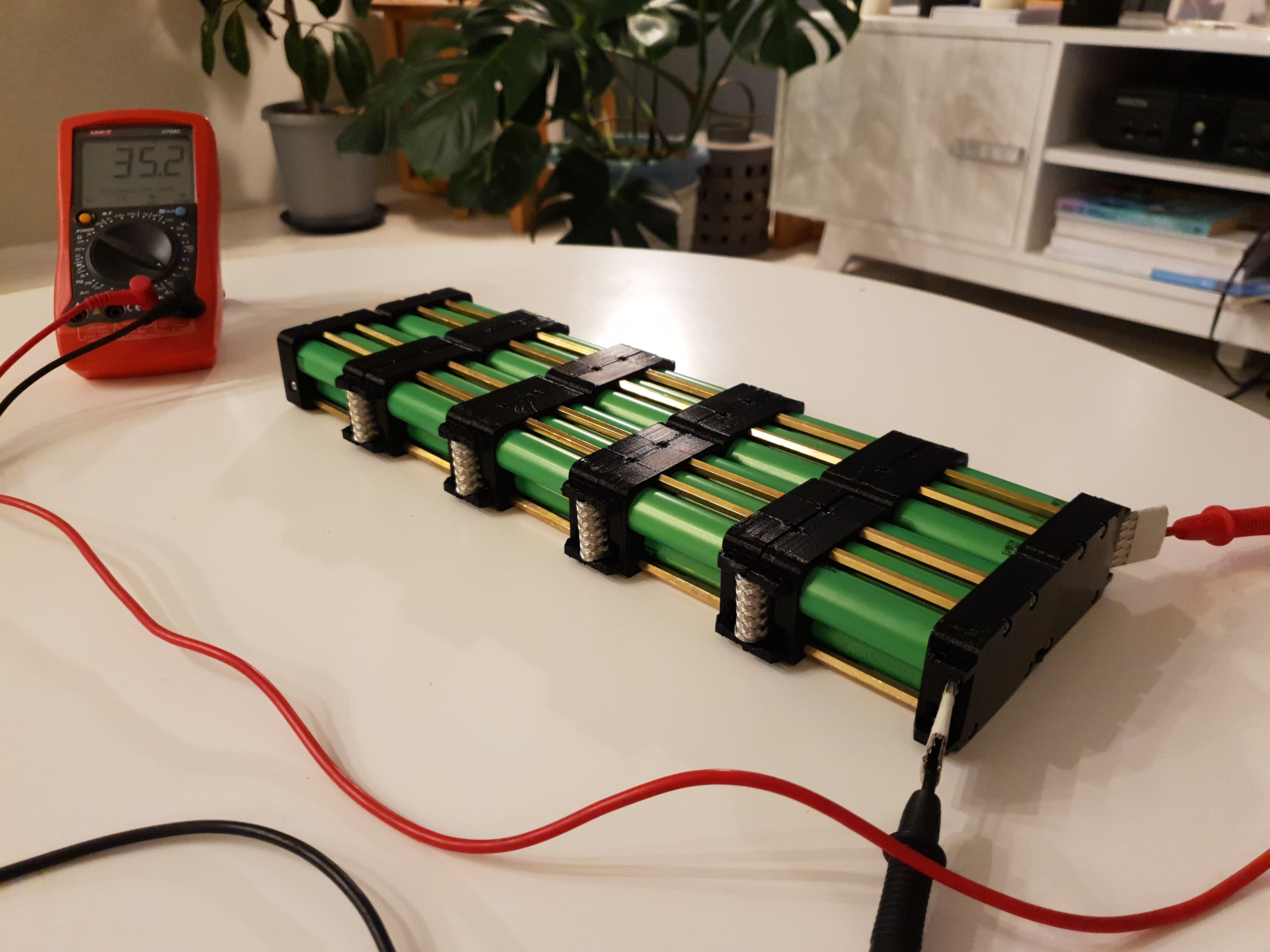 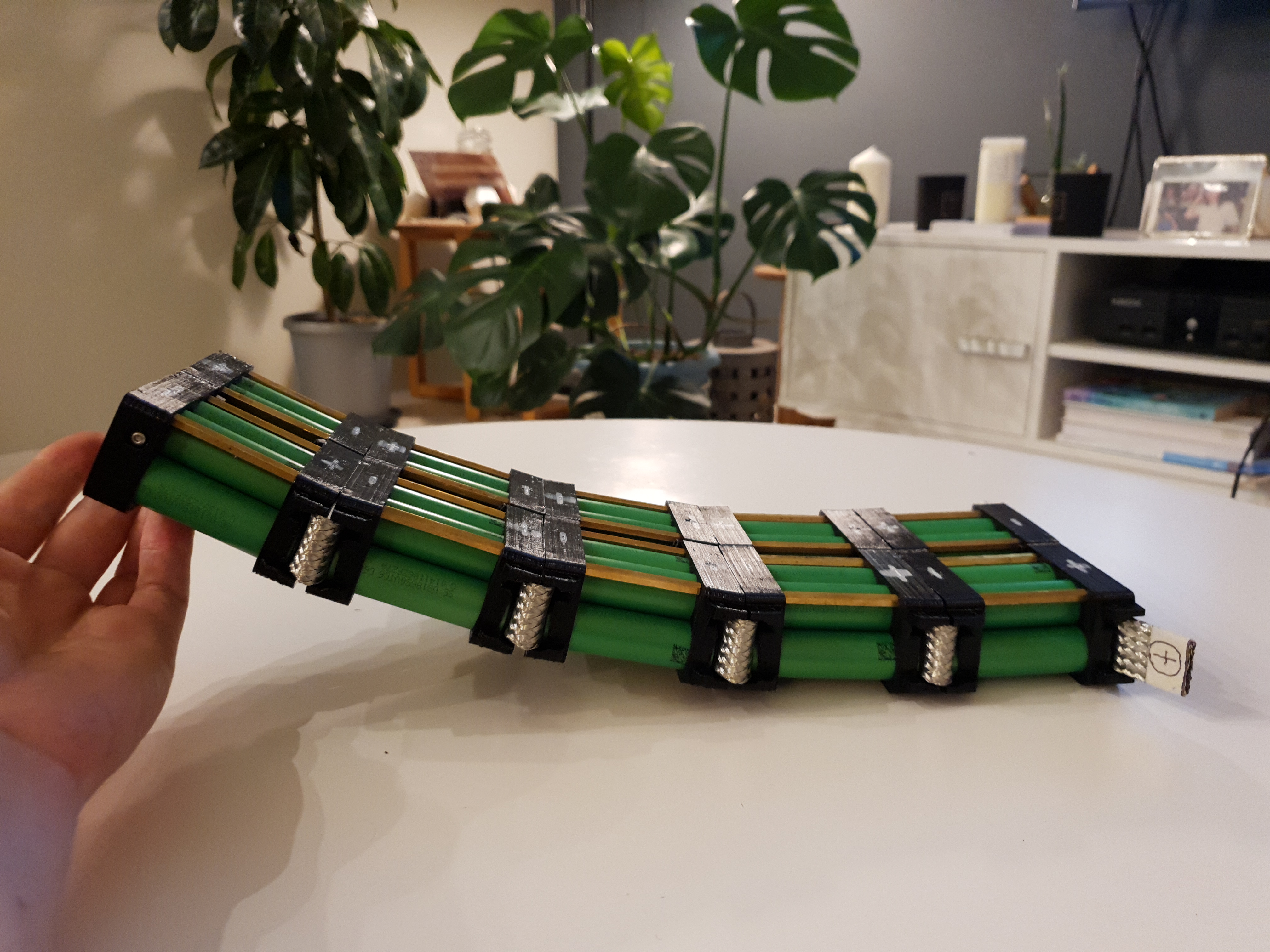 I will update when there is more to say. Look forward to getting to know everyone!

Yeah, me too. Maybe if there were some nubs printed behind the braid to put pressure directly on the terminals?

Yep! There are nubs printed to push the braid to the terminal of the cells. 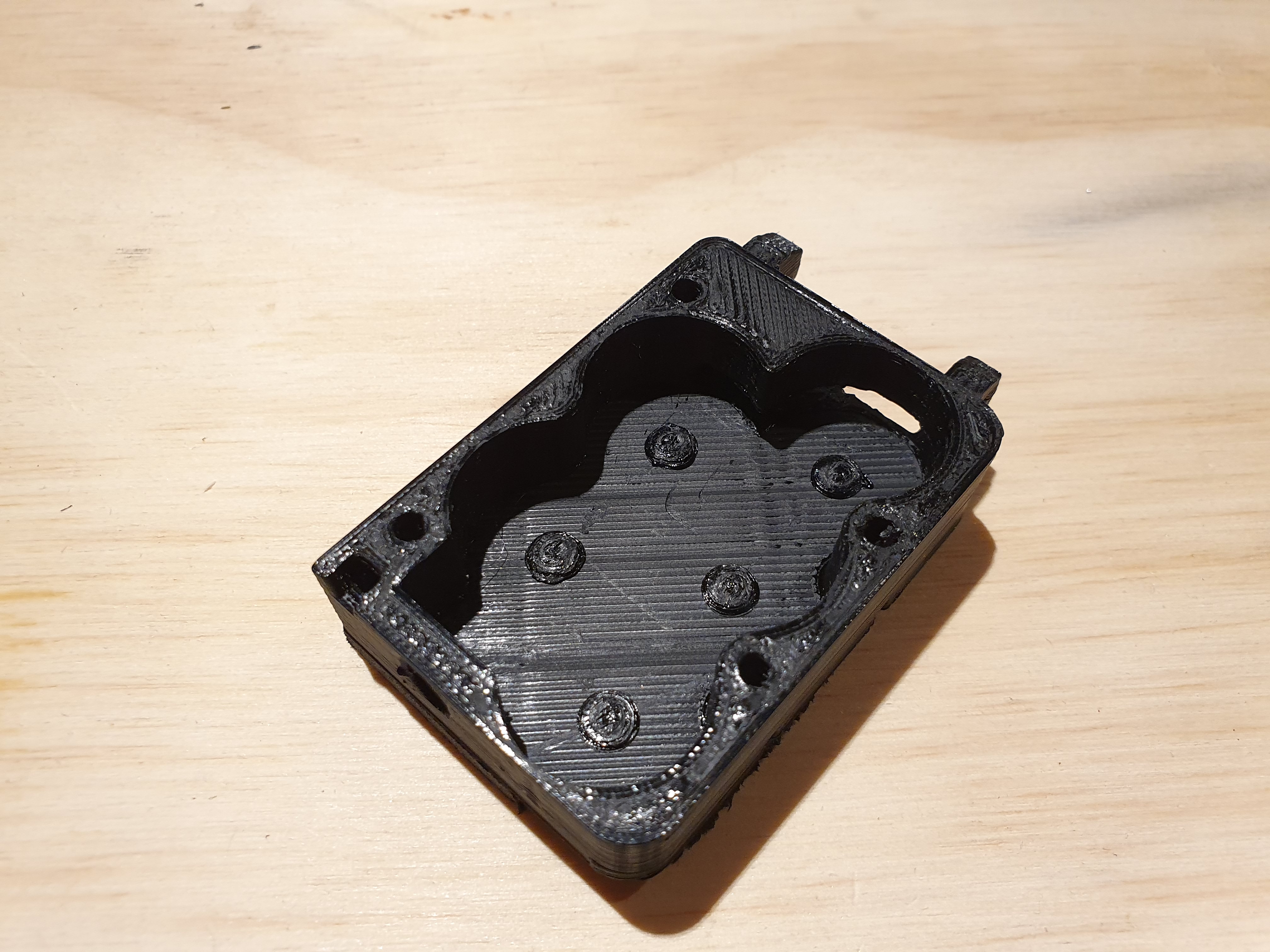 I was trying get a sense of how I will arrange everything in the enclosure. Thinking of designing a mounting plate that fixes over the top of the VESC that will protect the board components and give me something I can fix my antispark, receiver and bluetooth module to. 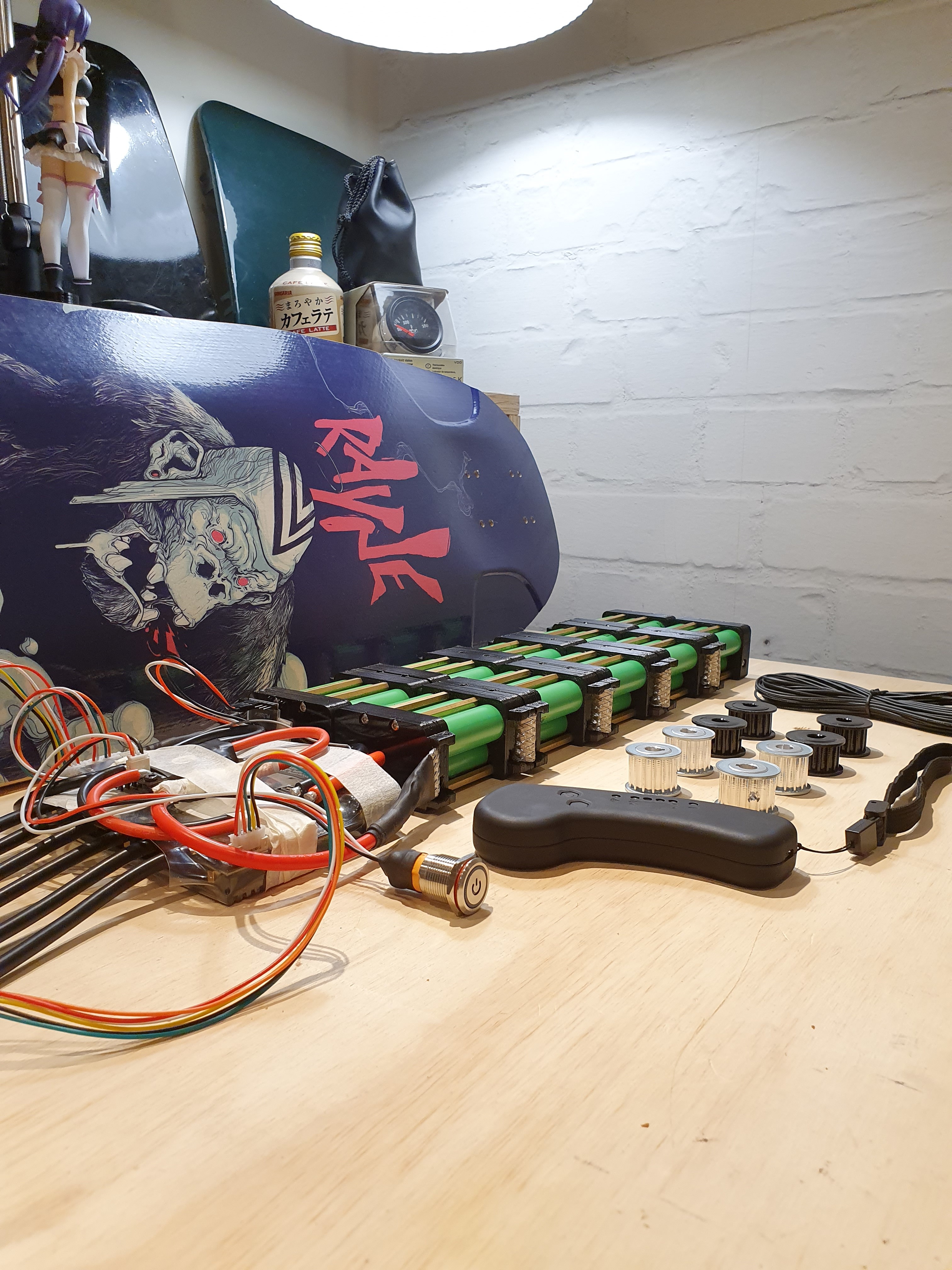 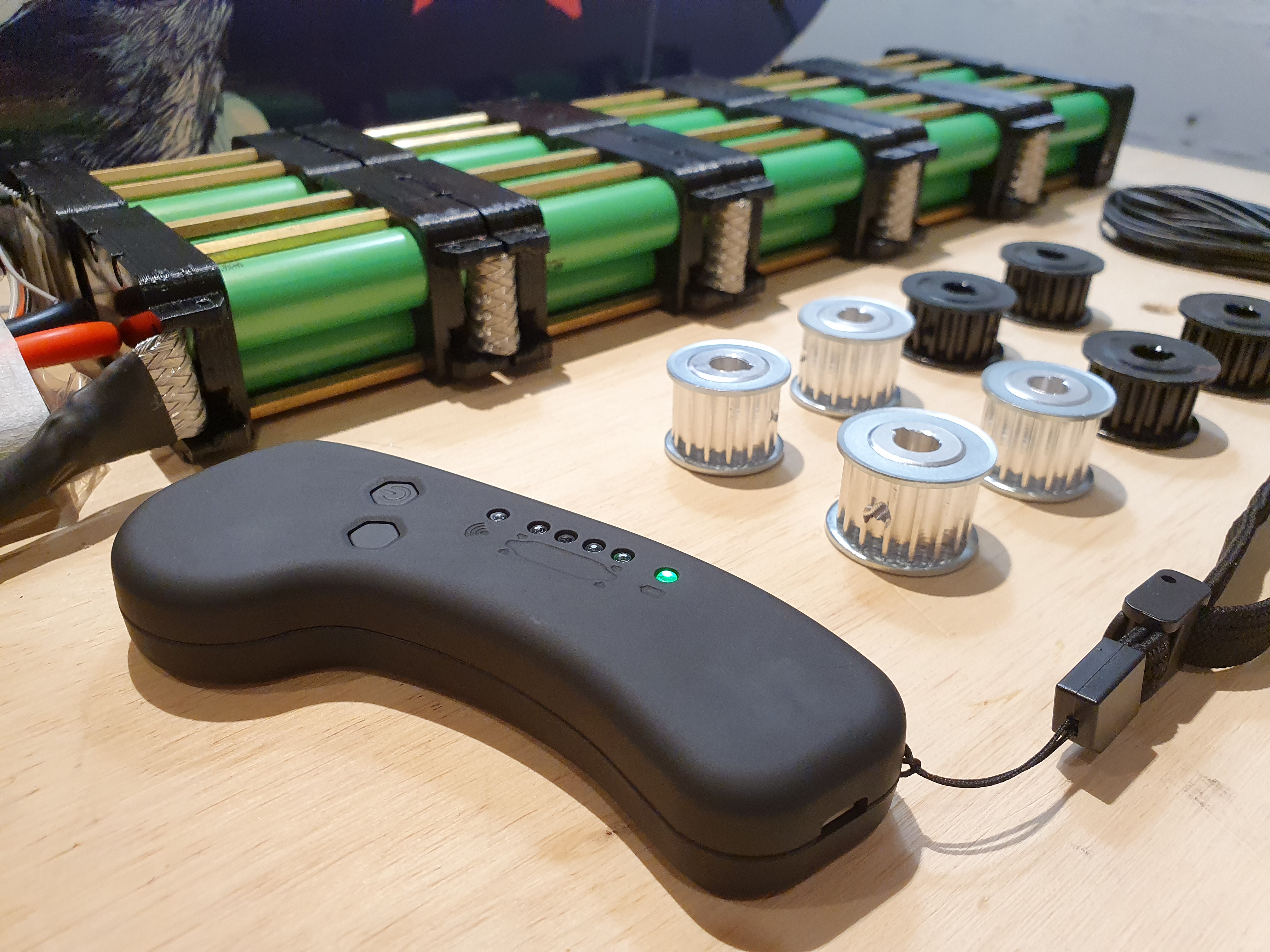 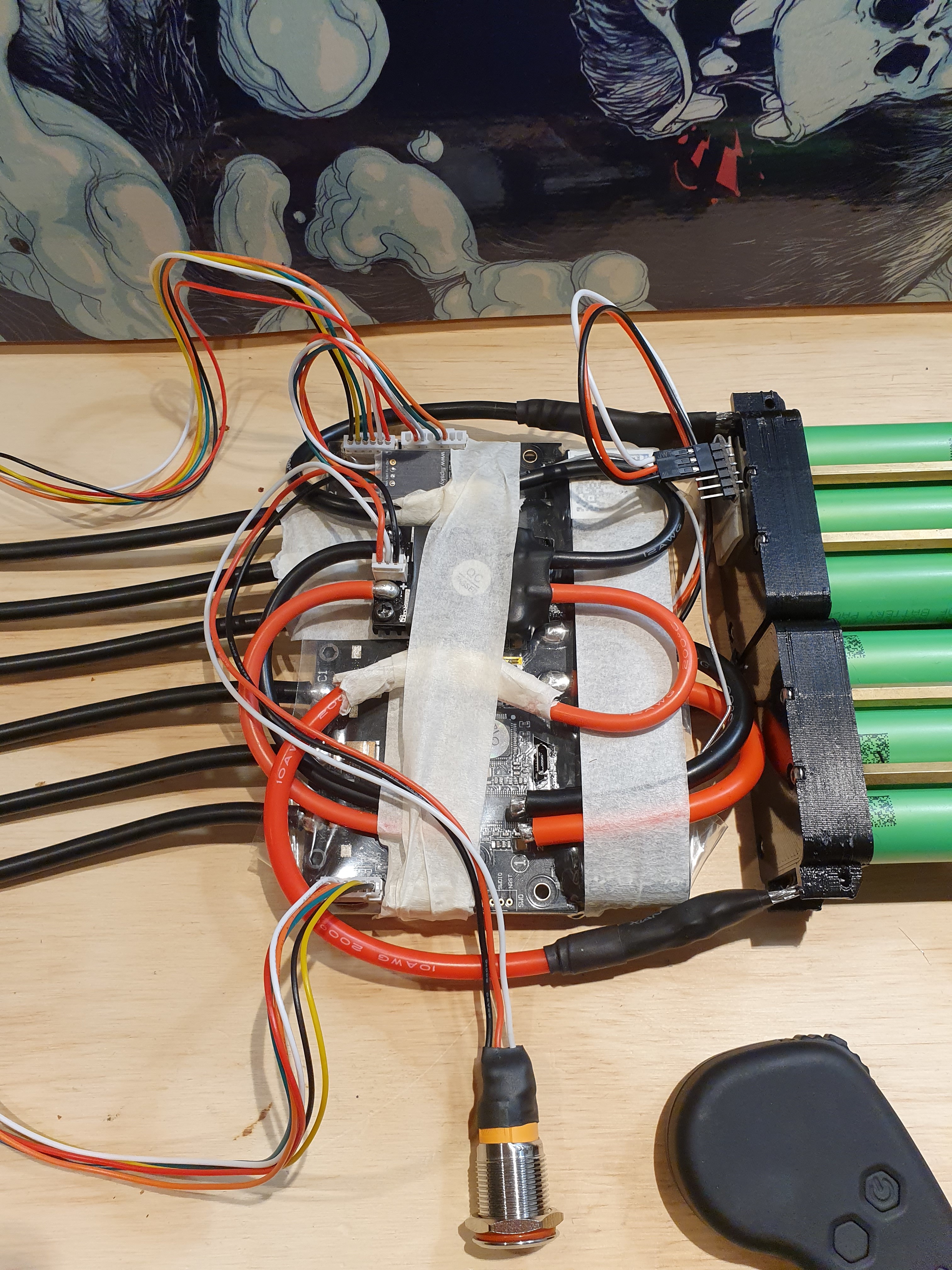 I’m definitely not happy with how the high power leads seem to be all over the place but the size and shape of the antispark switch is painful to run neatly. Was think I might just use the tried and true XT90 antispark loop key which would tidy up the wire paths and also more reliable as they are less components that could potentially fail. Also like the loop key because when I’m at a house party and leave my board around I can leave the remote with the board and just drop the loop key in my pocket knowing that the chance someone else would have one is reasonably low😂

A word of caution: Make sure you trust your party guests. My first board walked off with the loopkey still in my pocket. I never got it back.

Fair point, loop key in the pocket, remote in the backpack. Should make things a little harder

You are so humble. Should mentioned you did lots of battery convertions for Evolve boards down under. 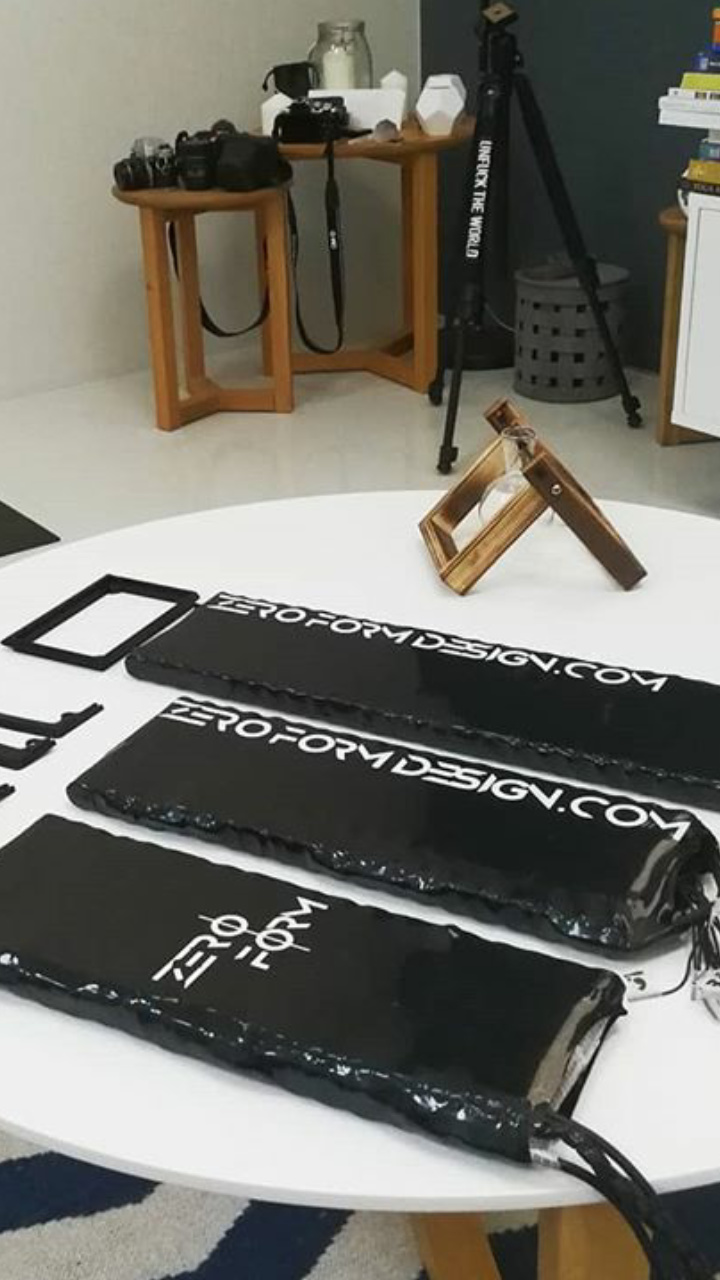 Yep! That’s right I did. Didn’t want to bore people with it and also didn’t want to come across as self promoting

I was looking for your services x a long time. I still do. Need a battery conversion with and enclosure riser for my Evolve ONE (is a TWO now). You still my first option. But you are so hard to contact and I’m not sure if you could help me aniway (am in the US). Printed a 10mm enclosure riser but is not enough for the larger battery I envsion. Hopefully you could give me a hand because I think you are the most knowlegeable on the ONE convertions in the entire world 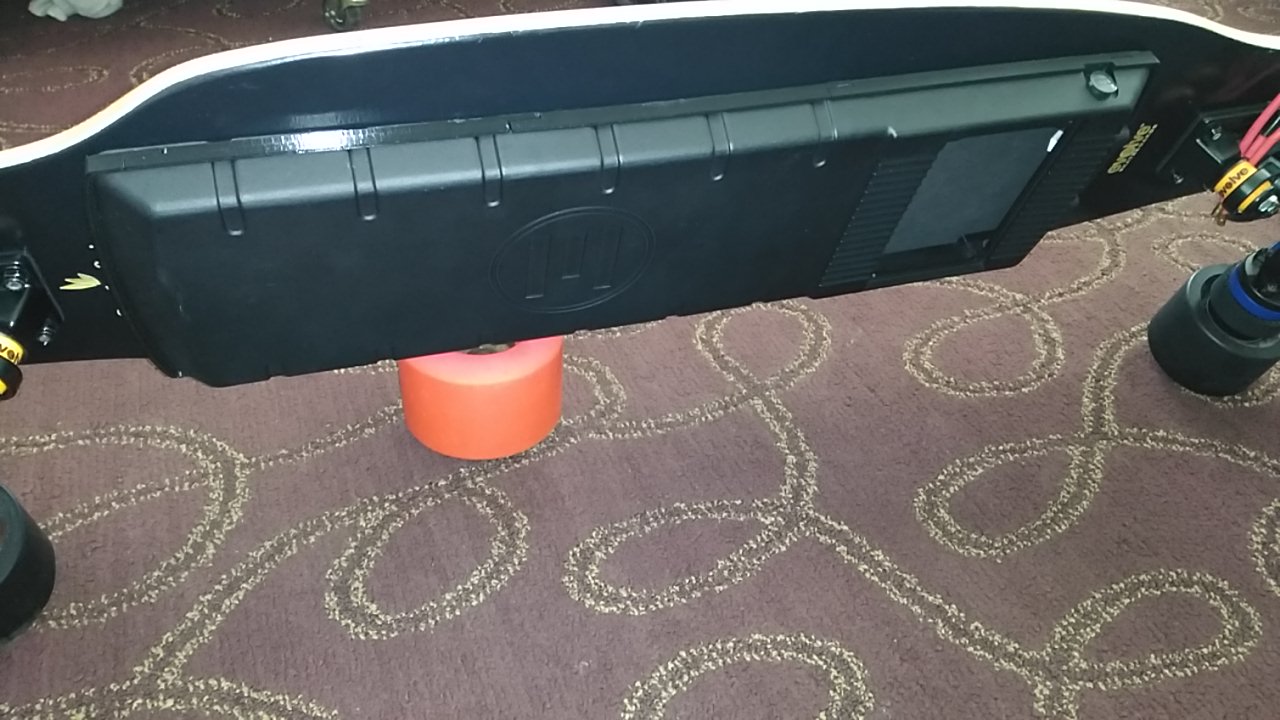 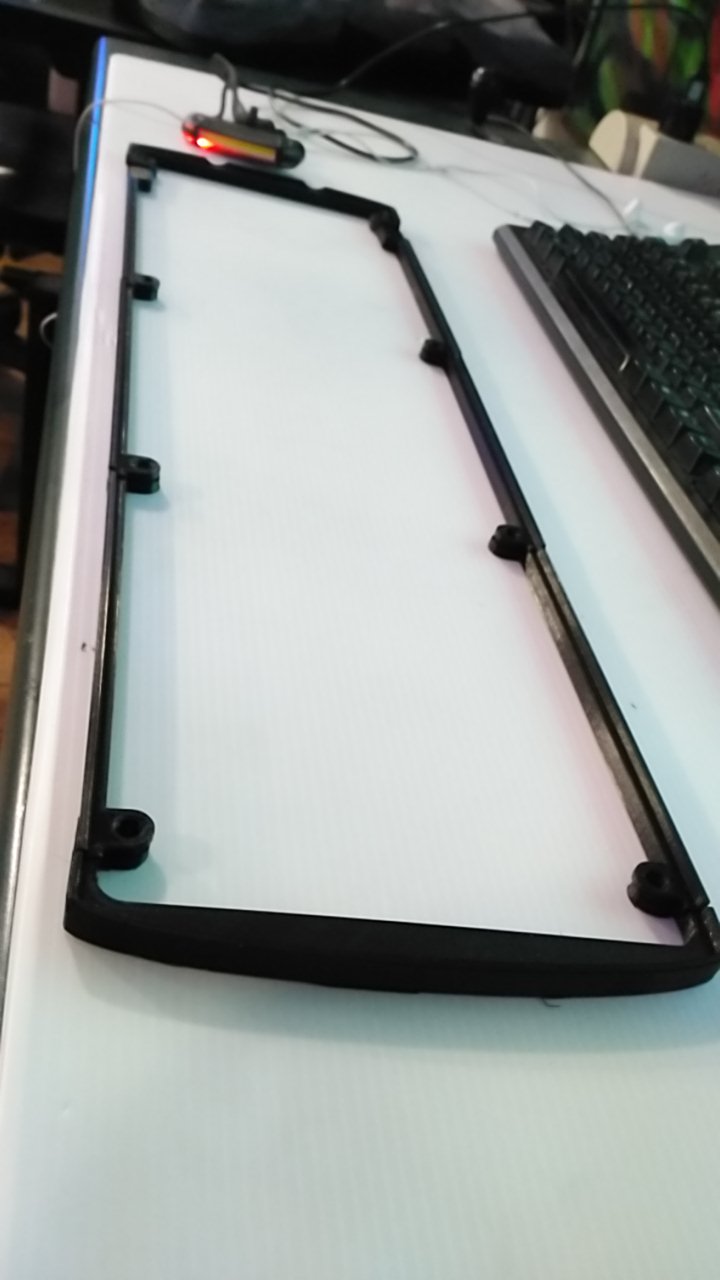 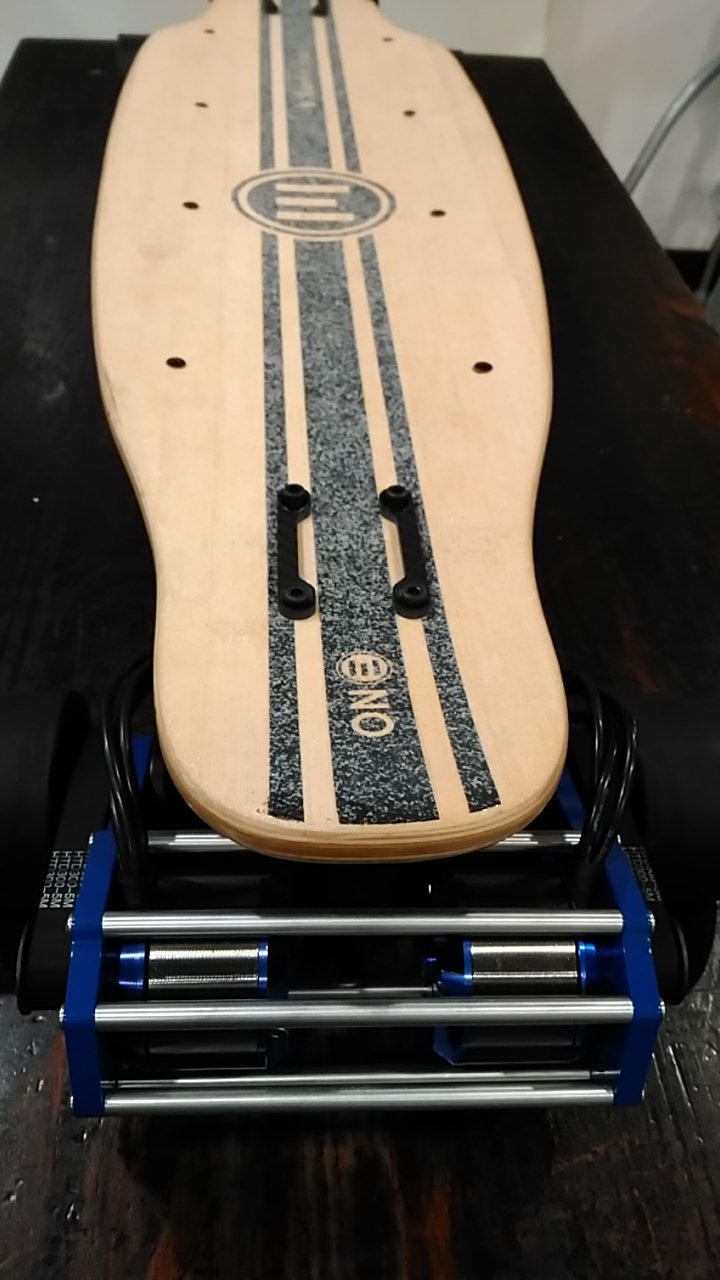 I’ve sent you a message bud, can probably sort you out with a spacer but I’d day your board is going to be a bit more intense than my old ONE

simple, effective and less components to fail, but I’ll see how it all fits when the enclosure arrives which is in a month

Thinking this is a much cleaner setup. I miss out on having the sleek on/off switch but if I find a tidy spot and way to mount the loop key it’s not going to be a problem. Used this way on my old board and it’s never bothered me plugging the xt90 in and it’s never let me down. 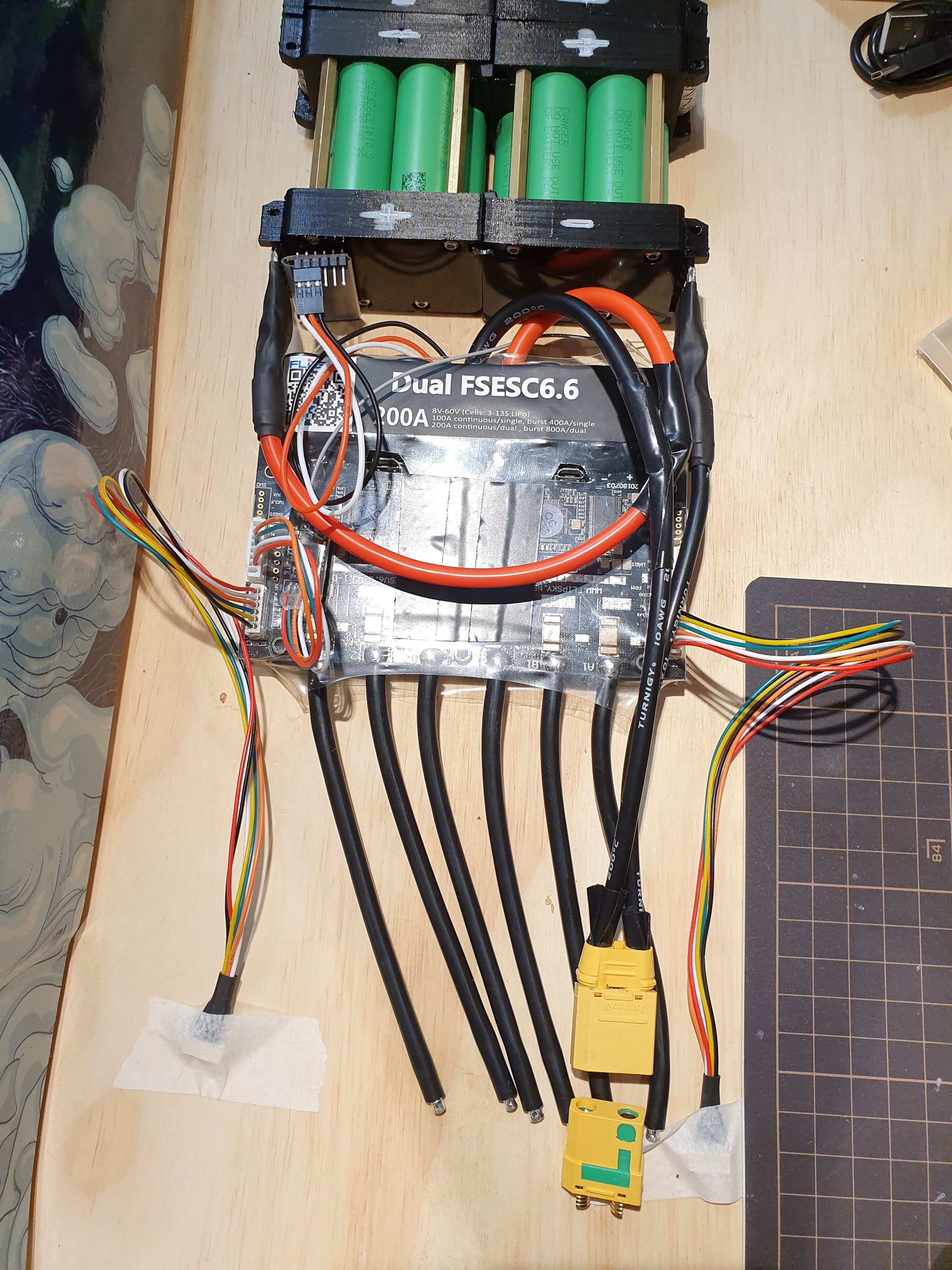 @Matt_G33 Just use a loopkey and save yourself the trouble.

I didn’t like the clear heatsink on the dual so this is my first revision of a case for it. Pretty happy just a few small changes and it should be good to go 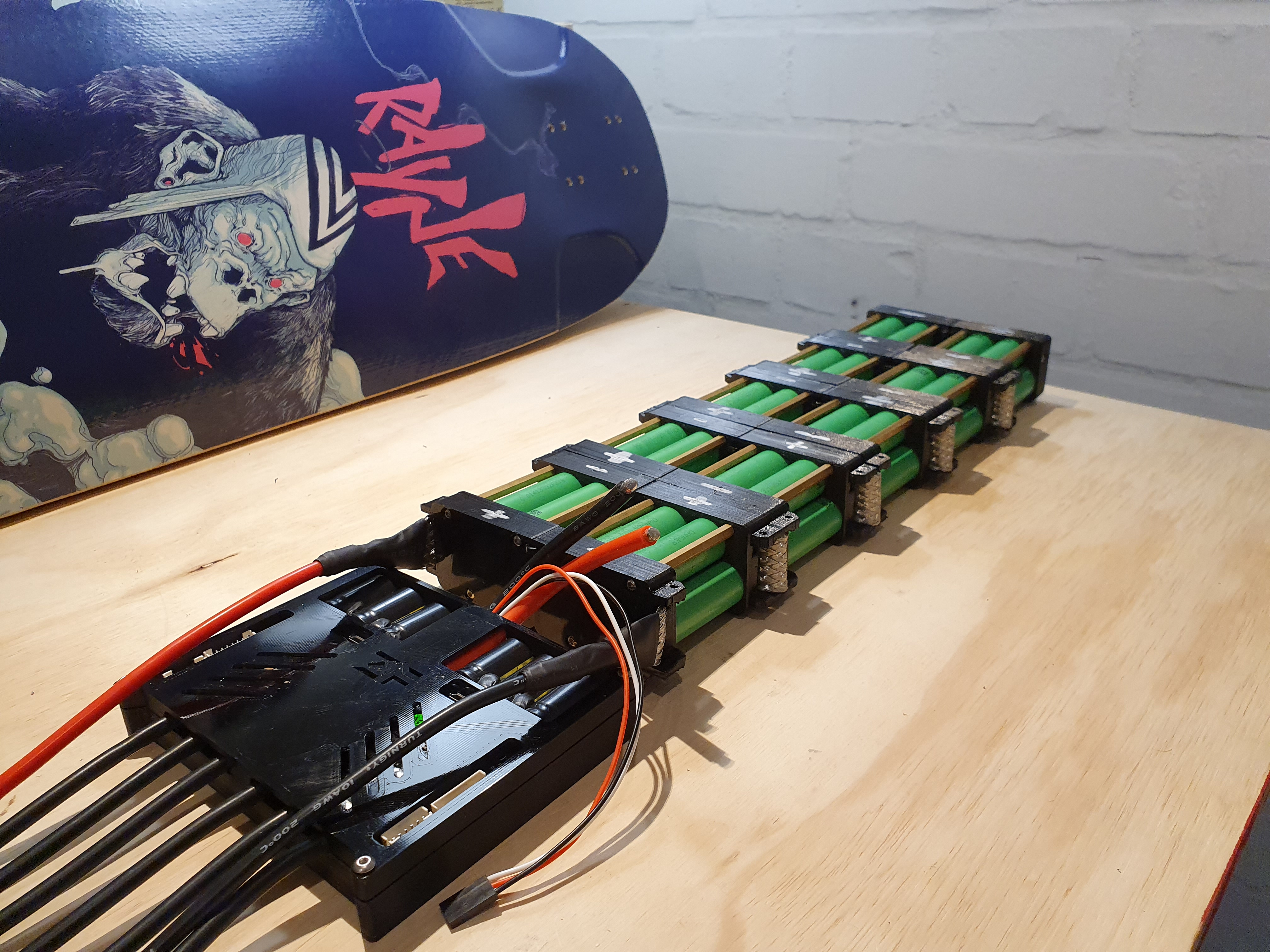 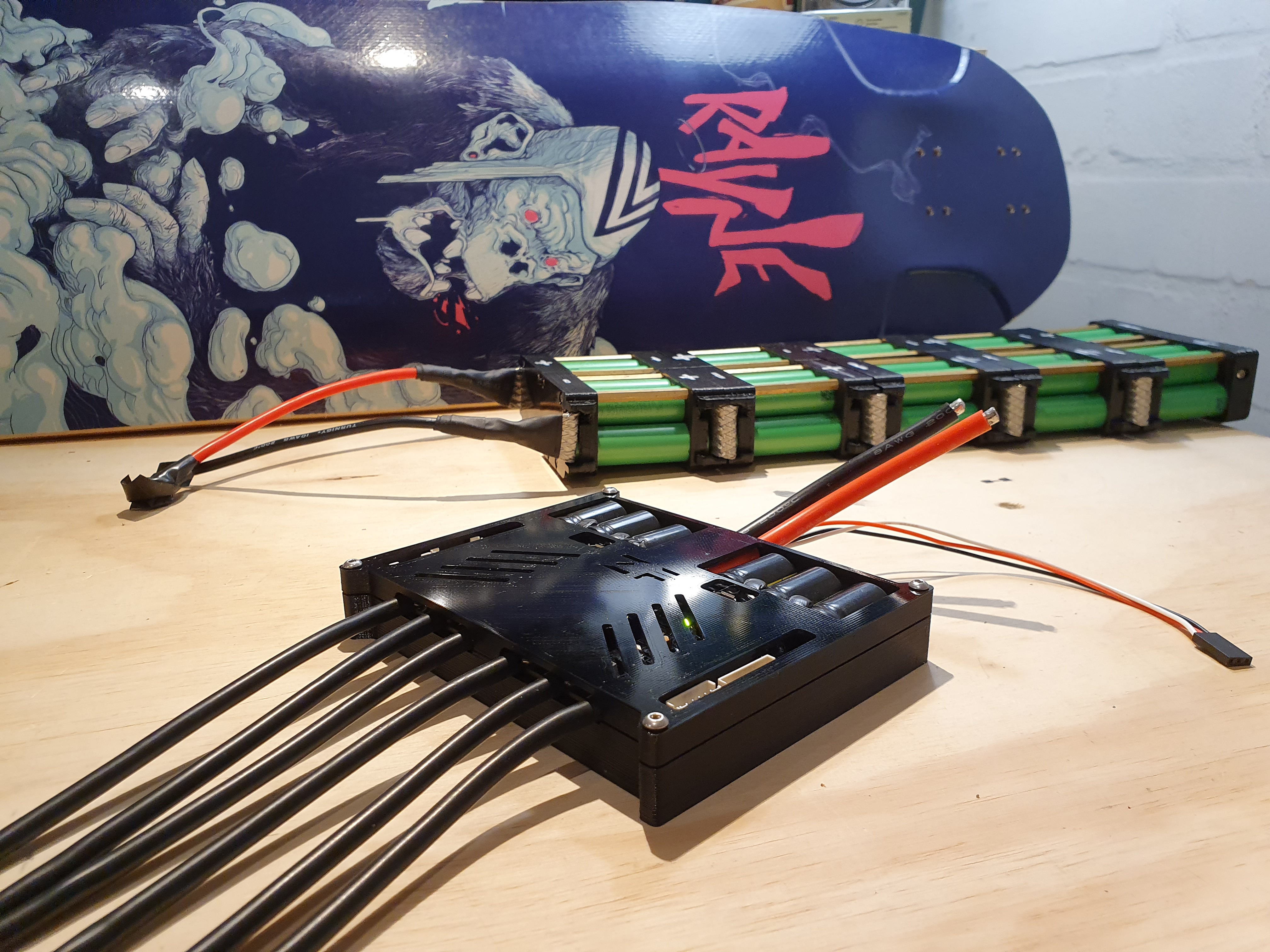 Mind sharing a file for it?

Not at this stage. Haven’t finished it to a level I’m happy with yet

Waiting on wheels and my order from Eskating.eu which is my enclosure, motors and some other smalls which is about a month away according to the site

Motor mounts are on the way from Marc.

Once i receive my flexible filament i will be able to design and print some risers for the trucks and also the series caps for the battery.

Here are a few snaps of how things are sitting currently. 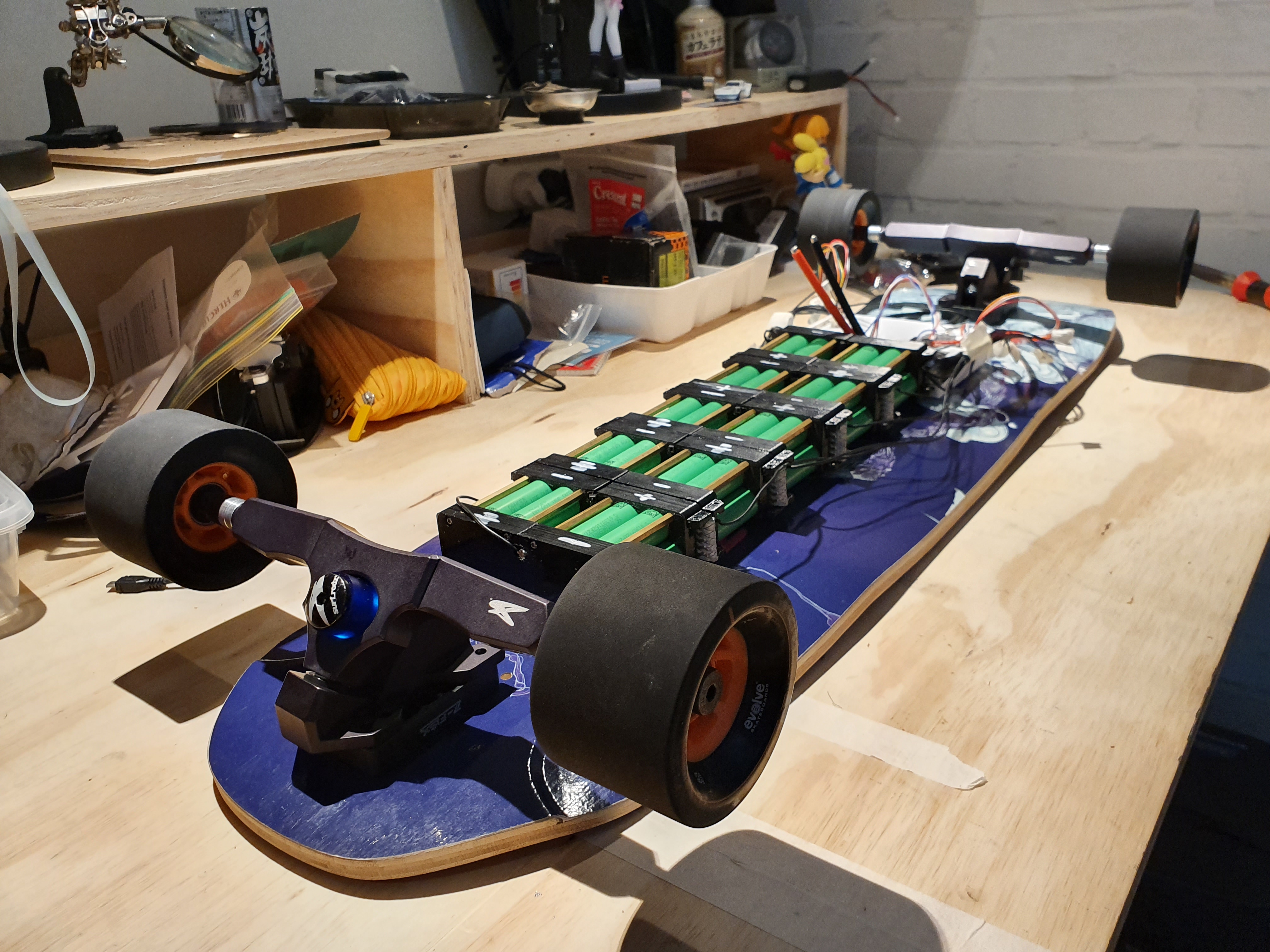 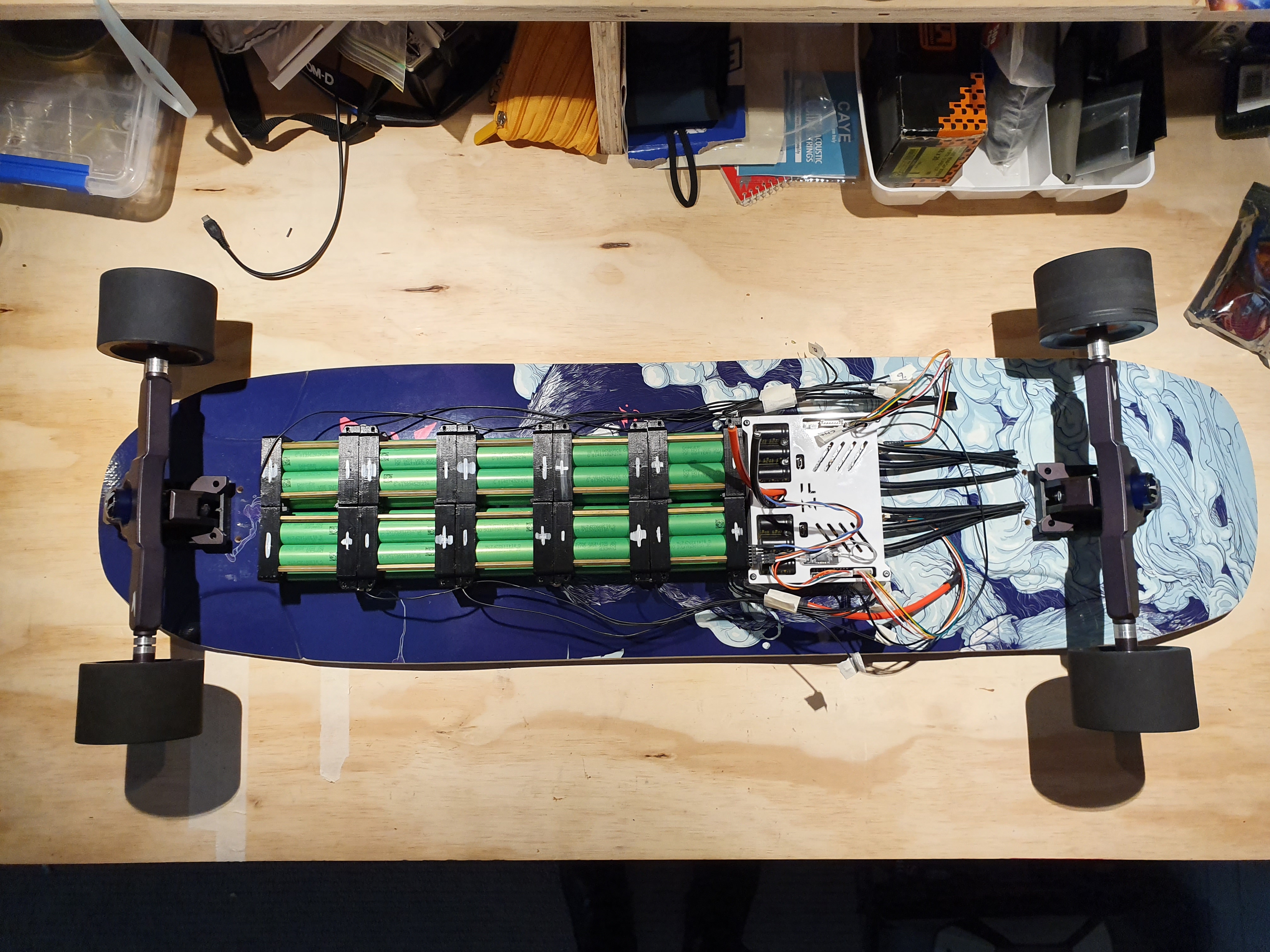 Hey I saw that one on gumtree! Wondered if you were here!