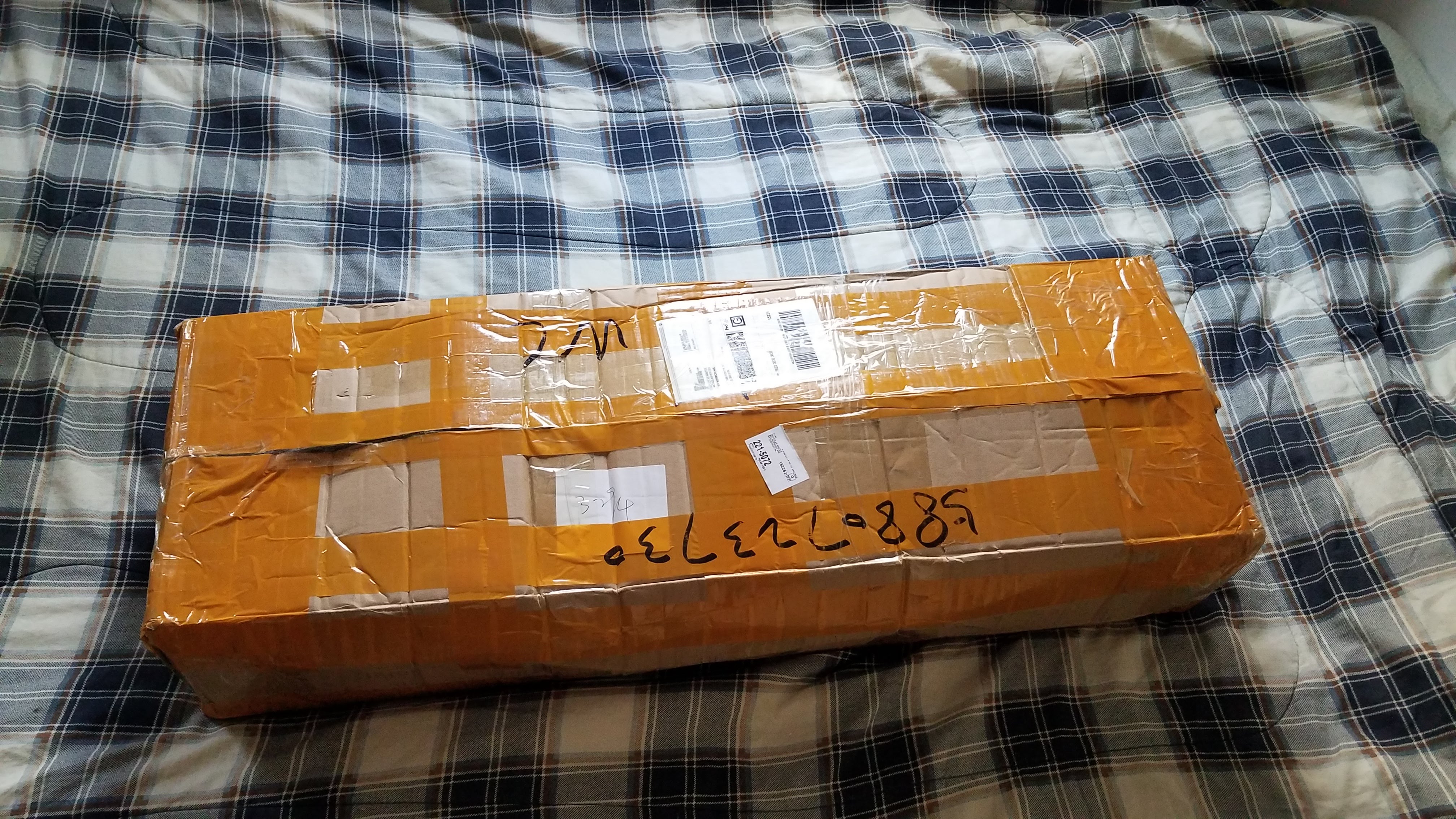 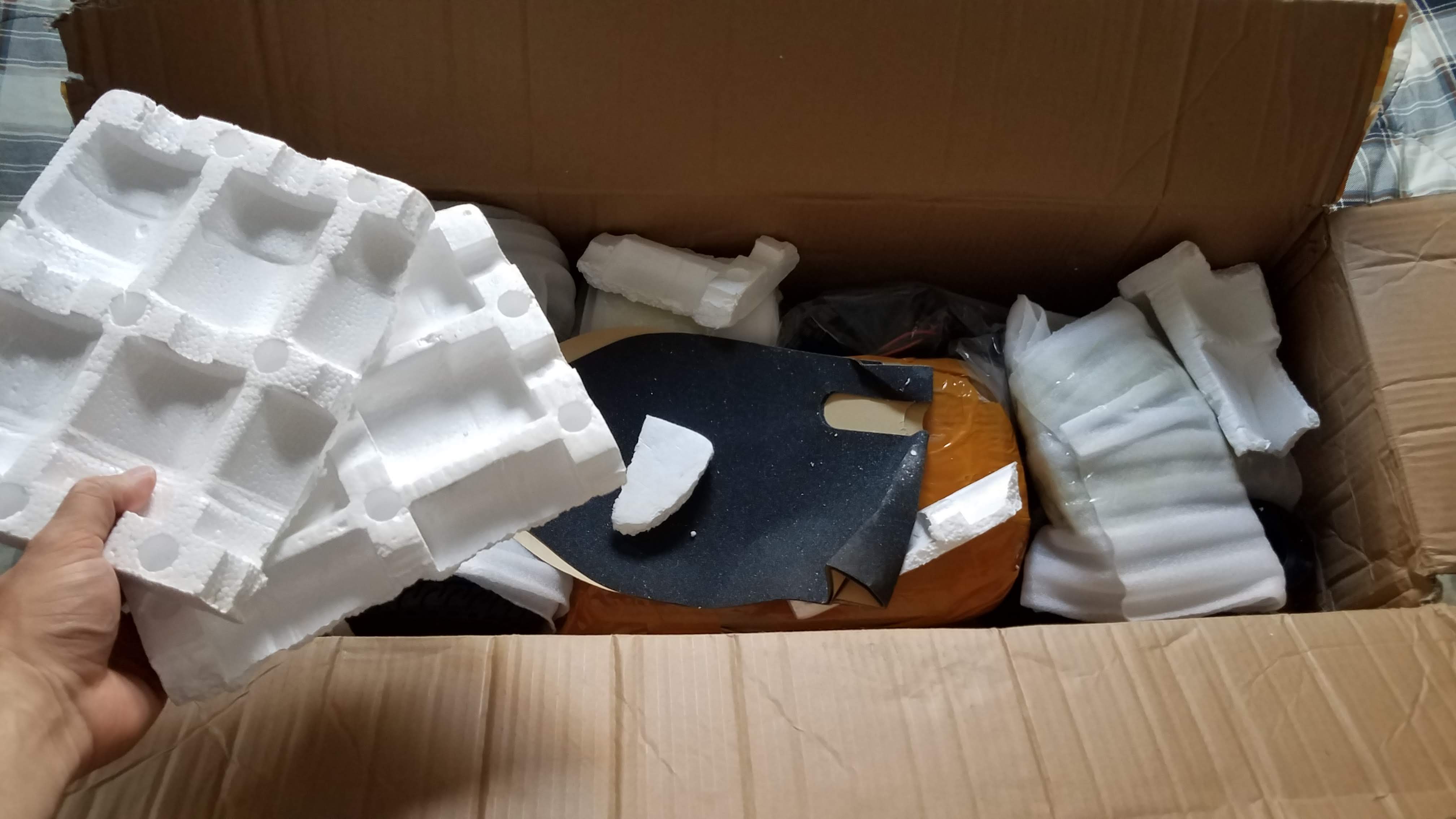 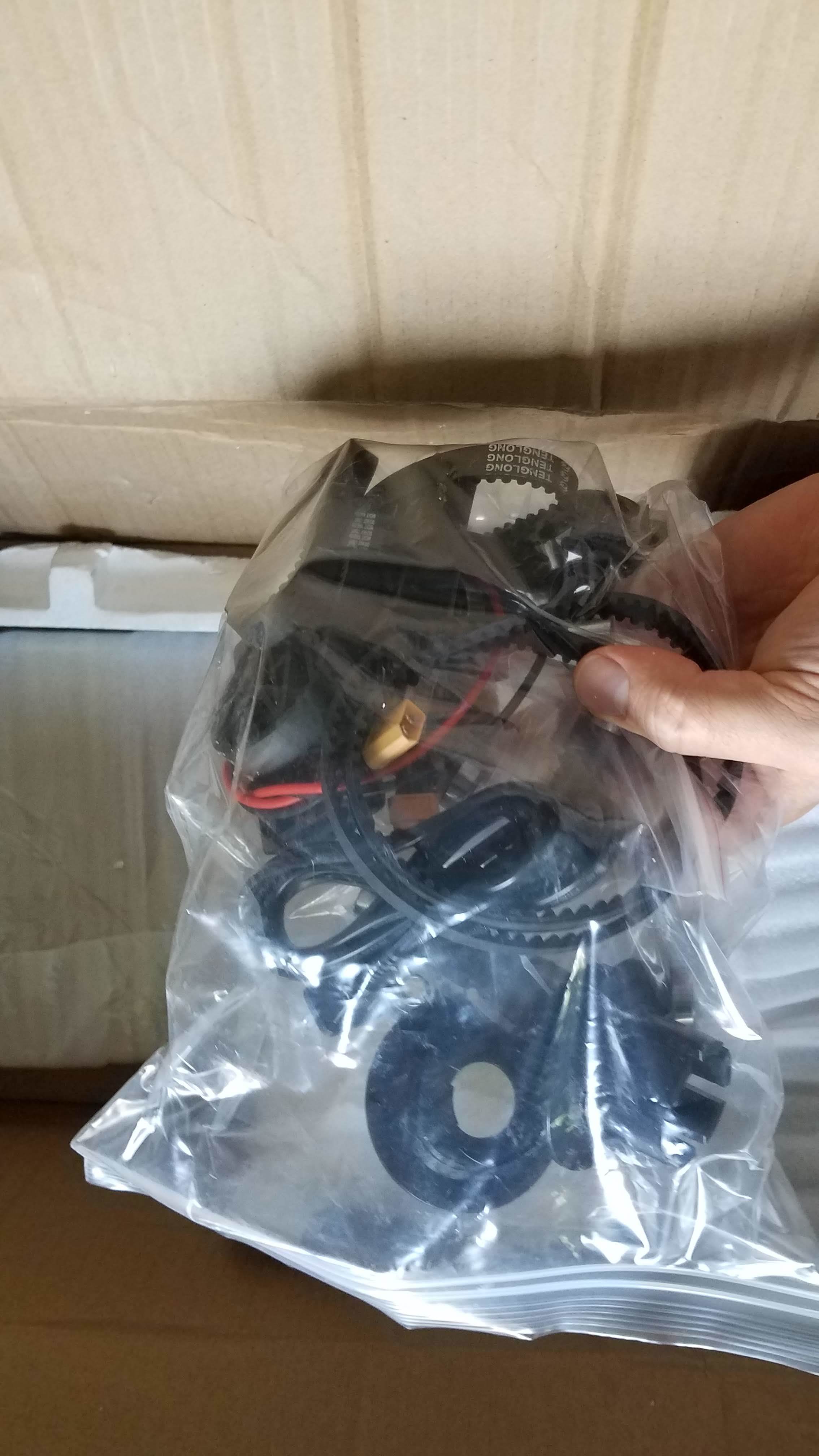 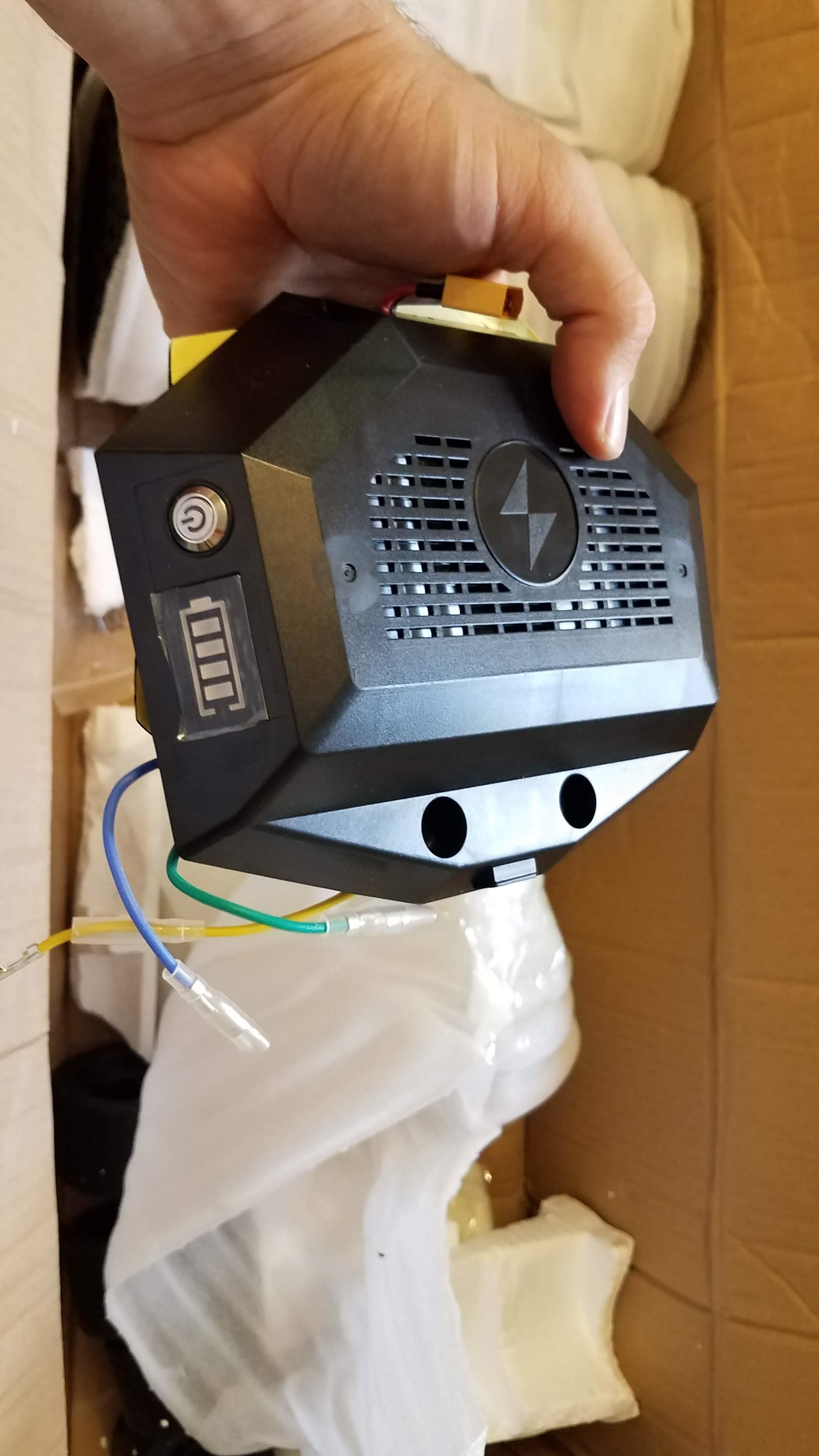 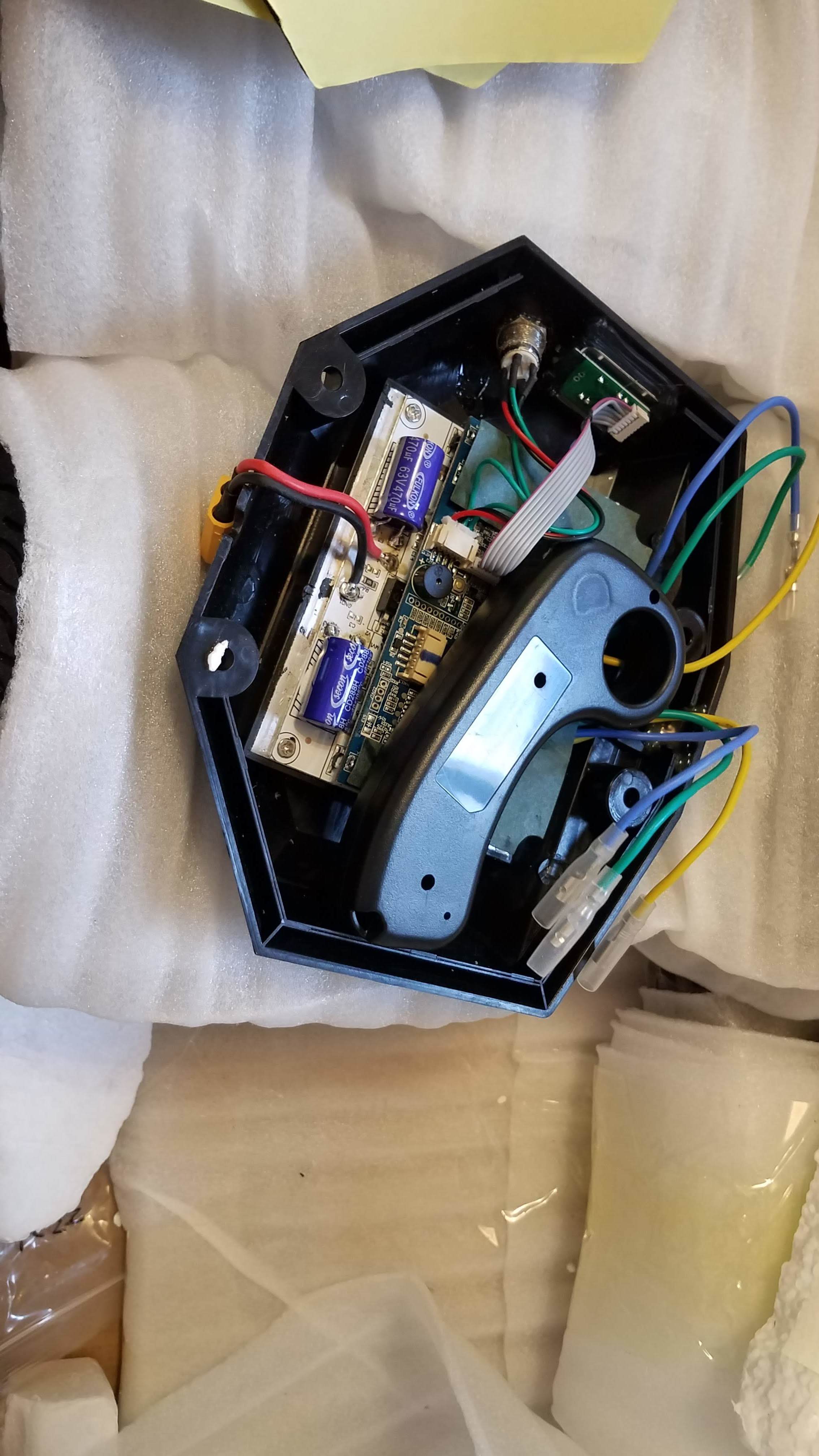 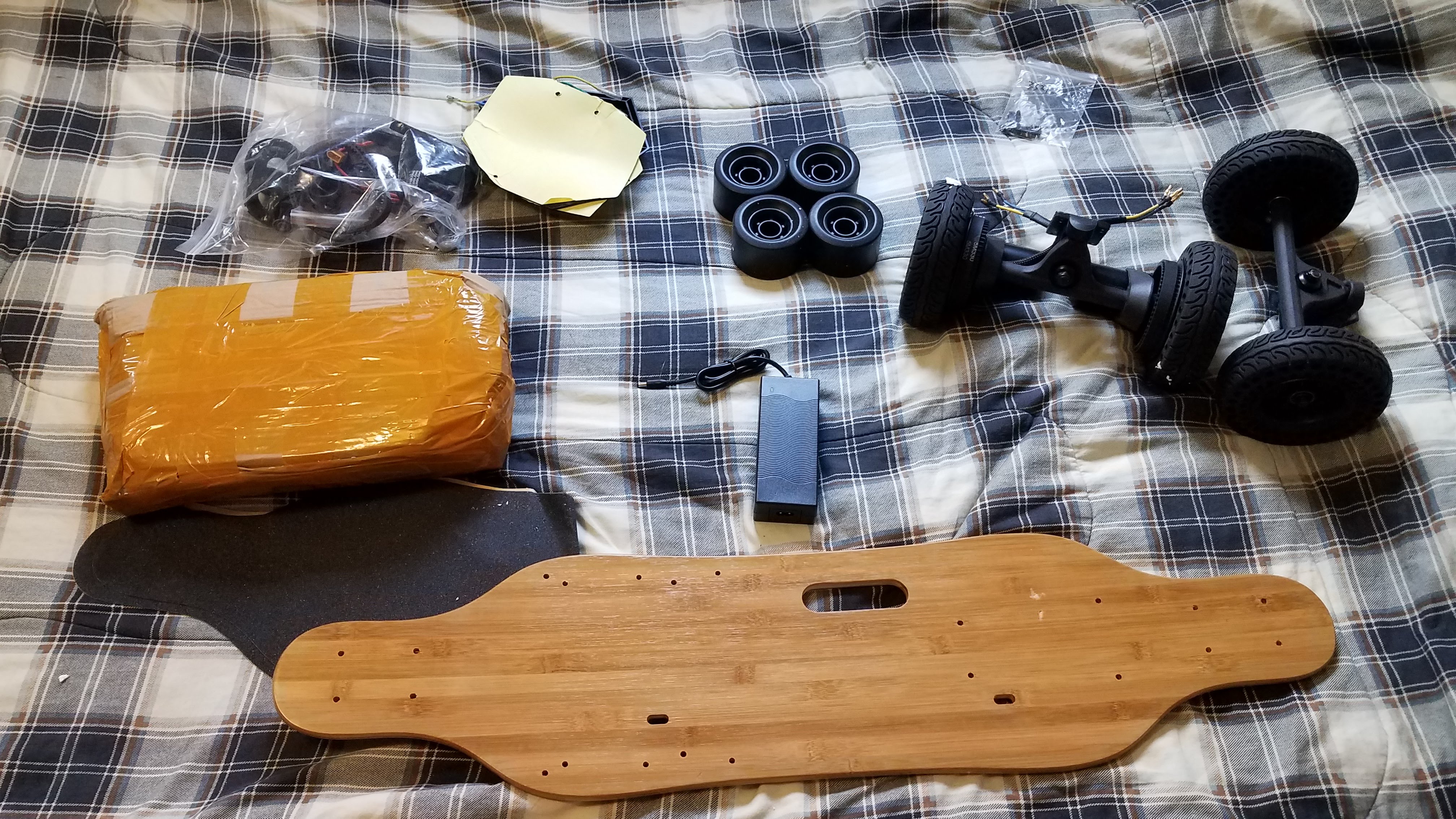 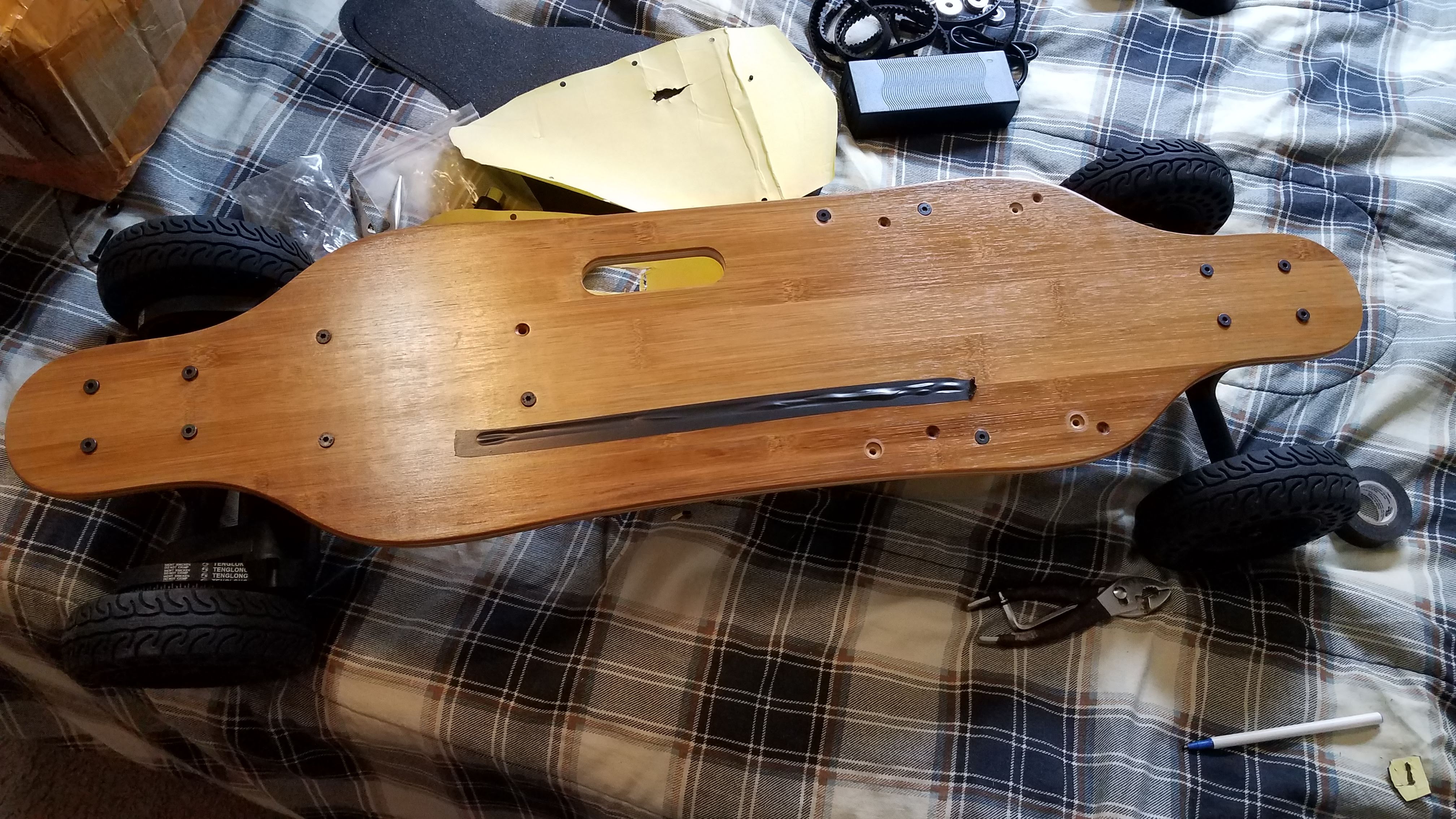 I got the “36’’ Dual Motor 6’’ Wheels All-terrian Electric Skateboard 10S5P” complete board. It still actually showed up as a kit. I will be updating the post with more information as I get to ride it a bit more. I wanted to a least get this up there before I crashed tonight.

You need safety gear, as the diye trucks have been snapping like twigs recently… Not sure if bad batches or what, but going over 15-20 mph and having a truck snap will have you posting a different thread.

Be vigiliant with their kits, as there are many mixed reviews, especially with the AT kit Good luck.

I had a fair amount of warning signs before mine snapped. Aside from just being when you looked at it long enough. The belts (particularly on the side that snapped) became impossible to get in lined about a week before it broke.

Same here purchased same unit from DIYeboard A/T kit still waiting to arrive. I leaning replacing the truck for safety after reading thread here and not sure what type of trucks? Can someone help me?

So far I was super impressed with how easy it was to put together. I had it done in under an hour and I have no experience with building one at all.

I own an Atom Electric B10X but was hoping for something with more power. This thing even with the larger wheels is WAY stronger. I weigh ~200lbs and can climb some pretty rad hills on this thing. The large wheels are awesome for the terrible condition of the roads by my house.

Now the bad part, the braking sucks, I have eaten it hard 3 time already on this thing. My B10X gradually slows down to a stop. I have never been thrown off the B10X or felt out of control. The acceleration of the DIYEboard isn’t too hard to manage but the braking is. It’s scary and make me not want to ride it as much as my B10X even though it’s much better in every other way.

I will try my best to master it as is but I also just did a group buy of some cheap-chinese-dual-vesc-thing which I will attempt to make work.

Humanisticnic, how long you been riding the board? How is the ESC getting hot? Good to know the brake is strong too many hills here brake is important. I also buy one flipsky dual vesc in group buy.

The B10X I’ve been riding for 2 months, the DIYE just a couple of times now. The brakes are strong, which is good, but produce too much stopped force too soon. Would be nice to have a more gradual slow down. If you are going 1-4mph and touch the brakes the board just stops. No clue on the heat, the ECS is in an enclosure.

So today I confirmed that by default this thing only has one real braking level. To be safe and test, I took it up to a hill so step i knew the brakes couldn’t stop the board. I hoped on to the board with full brakes applied and slowly started down the hill in a straight line. I then lightly let off the brakes little by little to try find the different levels of braking power. There are only 2, full power braking, and no braking. I did find a maybe ~1mm area of play in the remote where it seemed to vary but out of the whole negative movement of the joystick maybe 2% of that movement has variance beyond on/off. Anyways bang for buck still sin’t bad but I feel sorry for everyone who only gets this eboard and thinks this is how it is.

Yap! The brake Is strong! I almost eat the asphalt this morning. It’s learning curve for me. Cruising on the Park pussy mode 12miles enjoying the scenery😁 Maui is beautiful.

Could you explain more about what symptoms you saw before the snap, worried mine will go too even though they are from the april-may batch which I have not heard anything bad about.

Couldn’t get pullys lined up to save my life. Lots rolling noise

Im not quite sure what you man by that you could not get the pulleys lined up, was like the lining up of the motor-part of the pulley and the wheel-part off at a wonk? Anyways, hope you came away from it safe, considering upgrading to Caliber 2 trucks now, but unsure how to get the pulley off the motor to dismantle without a blow-torch or heatgun.

Pullys were off causing the belt to travel slightly off the pully.

without a blow-torch or heatgun.

I used my wifes hairdryer.

Damn same is happening here, one of the belts are slightly off the pulley, smart trick to get the pulley part off, but how did you mount it after buying anew truck though?

They sent me a replacement of the same trucks. And they are probably braking again too. Have better truckst/mounts ordered. Just waiting on the mailman.

What trucks did you order? 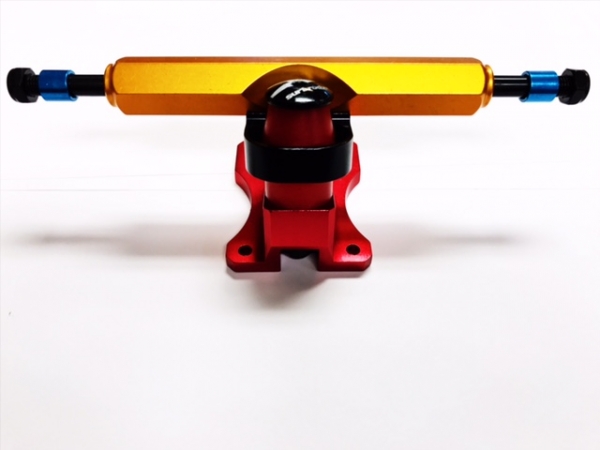 So today I confirmed that by default this thing only has one real braking level.

I have their street style kit with the same ESC. Can confirm it sucks due to one single braking level. Like binary kind of thing, 1 for full braking power, and 0 for no braking at all, nothing in between.

Swapped to dual VESCs and it’s just as smooth as Boosted boards now. (Sorry for the ghetto setup, I haven’t figured out how to put them inside an enclosure yet) 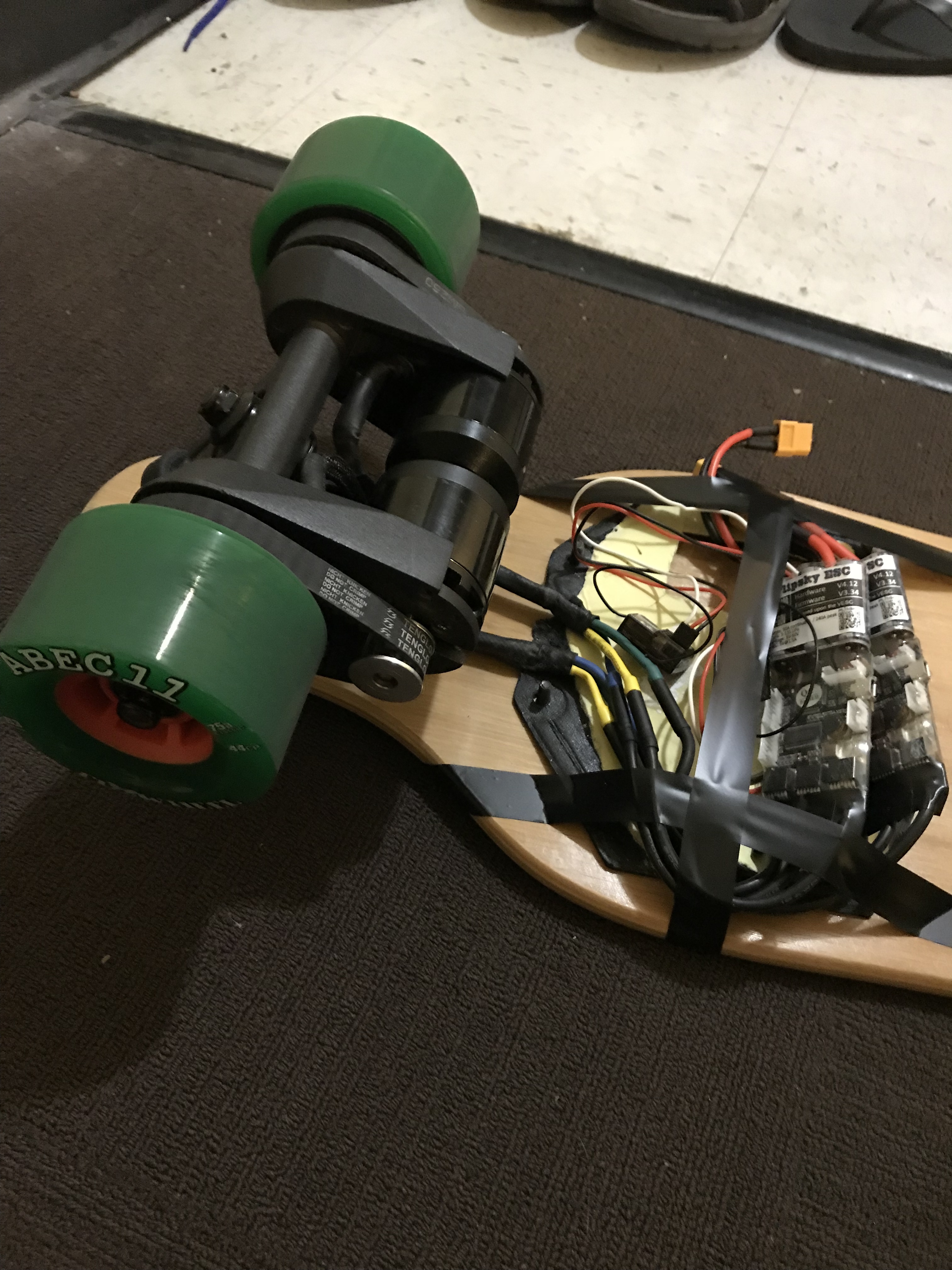 They sent me a replacement of the same trucks

Wow they did? I don’t expect DIYeboard to do this level of CS. When did you get your kit? I got mine in May, not sure if it’s in the bad batch or not