a few months ago i bought a 3d printer but kinda lacked a real project to put into good use. well, an e-skateboard should be one so i build one with pretty much everything printed except the the board ofc.

the complete Project took me like 4 wekks to complete but mainly because most of the ordered parts (mainly the VESC) took ages till it finaly arrived.

DOES NOT WORK see updates for more info! feel free to continue this project, i think i will go the Metal mount route ^^ motor mount to be used with caliber 2 / 50° trucks. this is is designed to work with a "Turnigy Aerodrive SK3 - 6374-192kv...

Custom battery cover i made for my electric skateboard project. this thing is more or less designed to hold 3x ZIPPY Compact 5000mAh 3S 25C Lipo Pack available space is: 150x150x31 and it has a 4mm shell thickness. Update 29.04.2017 shortend the...

This thing will create a range of metric and imperial tooth profile pulleys, with any number of teeth, specified in the Openscad file. Tooth profiles currently supported are: profile == 1 for MXL profile == 2 for 40 D.P. profile == 3 for XL profile...

HTD5 36T IN 9MM AND 15MM WIDTHS FOR ABEC11 WHEELS OR CLONES WITH THICK HUBS FOR ELECTRIC SKATEBOARD. RETAINER CAN BE FOUND HERE http://www.thingiverse.com/thing:545345

1. The Motor Mount so, everyone kidna knows 3D printed covers, but i went for a 3D printed motor mount as well and designed one. took a few itterations but i finaly got it working. finding the right angle and creating stable protective cover for the motor took the most time. my inexperience with Fusion360 didnt particulary help either 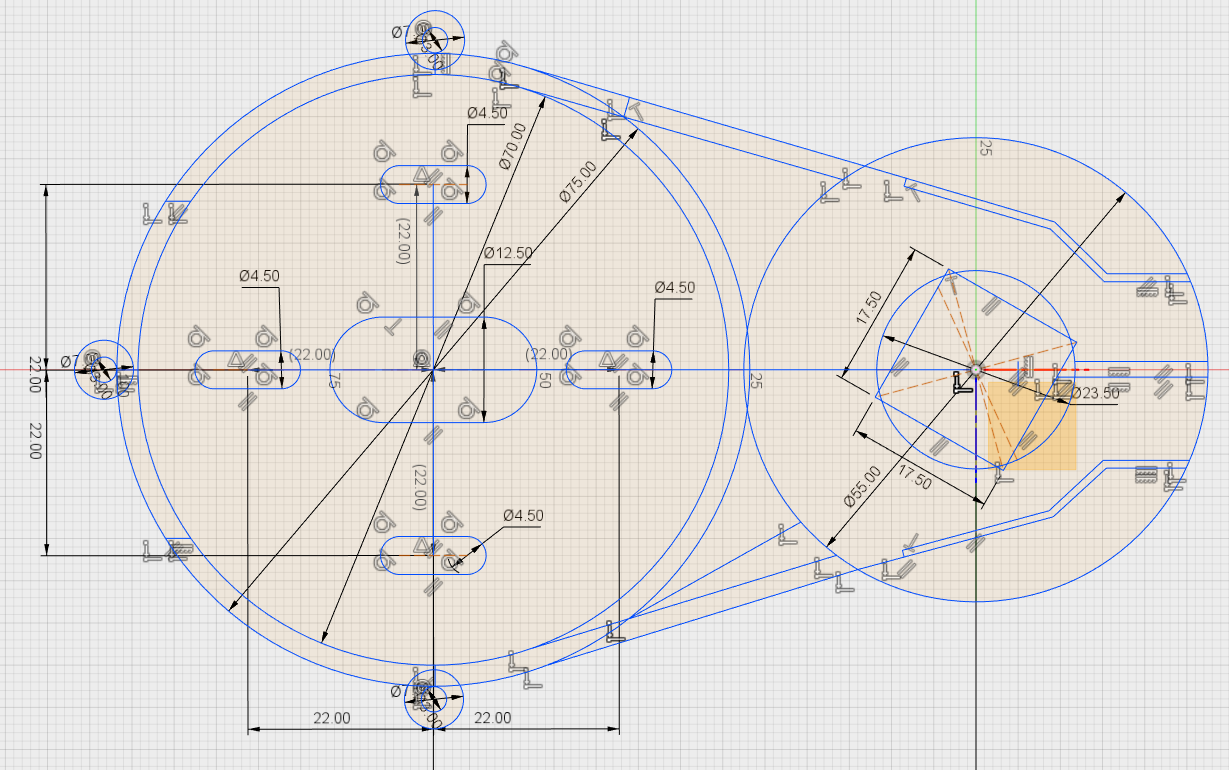 2. Battery and VESC Covers theoreticaly the easiest part, but yet aggain, i had no clue how to use Fusion360. my original design was way to low. i tried to make it as low profile as i possibly could but kinda forgot to add the thickness of the shell (4mm)

so after printing a part, i figured i had to increase the height (5mm) and shorten the angles (i should have taken a ruler when drilling those wholes. the vesc cover is anything but straight)

3. Battery Indicator last thing i needed was a mount for the battery indicator (http://www.ebay.de/itm/272572660673). since i needed a small raiser anyway. since i finaly had some experience with the softeware, this is what i came up with. General Info havent dont any long term tests yet so no realy idea on the range (should be arround 8-10km) but this thing has a topspeed somwhere arround the 40km/h. way to fast to be honest

i spent almost 750€. mostly because I was lacking tools, screws, wires and lots of other minor stuff which did add up quite alot. way more expesinve then i thought it would be …

PS: made a small video as well. i should have done a diary ort something but well, now its to late ^^ 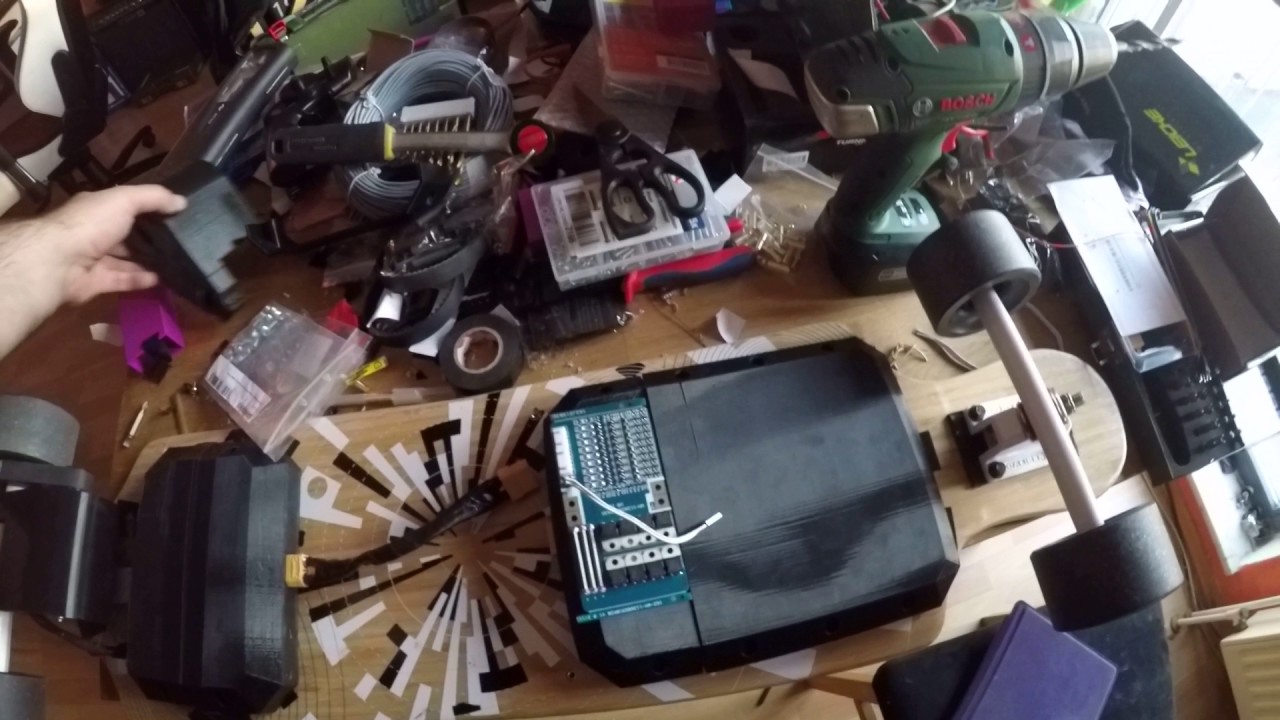 looks like my mount needs more reinforcement or something other then PETG ^^ after my first real ride, this happend after 6.5km other then that, im quite satisfied with the ride. 6.5km and having 65% battery left, seems ok to me. now i need to figure out how to reinforce that part. its probably enough to add some support on the other end which i allready have but removed because i thought it would be enough.

What battery indicator did you use? Could you send a link?

i changed the design of the mount a bit. extended the area where it boke before and added a another clamp to the other side of the truck to absorb more energy. when back home i saw another crack, but i honestly was expecting one there anyway. should be rather easy to fix since i just have to make it thicker there and maybe experiment with the infill a bit. Love what you’re doing here keep it up, how are the teeth on the pulley holding out? Previous threads have said 16t or lower wear out kinda fast. Perhaps allowing for some m5/6 bolts to be put in would make it stronger without compromising on cost or easily-sourced parts?

cant say much for the small pulley because i pretty much have to reprint it every time i change the motor mount (sits on super tight so it usualy breaks when i try to pull it off), but the large one isnt showing any signs of wear so far.

printing the mount right now aggain with 100% infill. previously i had 60% honeycomb infill with 6x6x6 solid layers. pretty sure that not going to cut it because PETG usualy becomes way more brittle when beeing solid, but i’ll try it anyway.

ok, so the new mount is finished printing and mounted. this time with 100% infill instead of the 60% i used before.

uppon further inspection of the broken part, i figured out that it only cracked the 6 outer layers i used, the infill and the other side is perfectly fine. which means that im probably on the right track with my 100% infill. OK, the “right track” wasnt so rigth after all PETG becomes way to brittle when solid. i think ill try less infill and less layers. not giving up yet ^^

Have you thought about ABS? I haven’t printed motor mounts, but I have half a dozen ABS WHeel pulleys with 100KM on them, they show no wear at all.

How many teeth on those wheel pulleys?

thought about ABS yes, but right now i still wanna try it with PETG. im going to try 2 other ideas i have and if both fail, i try ABS.

they pulleys and everything else hold up fine. but the motor is just to darn powerfull and rips the mount appart. i could solve that by just tuning it down, but that would kinda defeat the purpose.

increased the mountplate in width by 5mm now, not sure if i can fit the pulleyxy now but we’ll see

I think the wall strength on those are way too thin. I’ve had good results with 20-30% infill. 3D printing sorta reminds me of a bone structure. Relatively thick wall strength and inside is the spongy bone mass which resembles the infill. Try different kind of infill structure. Did you try annealing your part afterwards ? Would be interesting to see

Have you considered printing in polycarbonate? I’m planning on printing everything in solid PC (pulleys, enclosure and motor mount) for my next build.

Just an idea, but you could try a hollow 3dprint and fill with something like Epoxy

How thick are the single layers you print? The thicker the layers the less bonds you need and hence more stability. The finish is not getting nicer but form follows​ function.

@TranxFu @Vaulter92 Wallstrengt is 6 layers at 0.3mm. pretty much the max you can have with a 0.4mm nozzle. no cooling to give it as much setteling time as possible.

Havent tried annealing yet. my last (and first) attempt to anneal PETG was pretty fubar since it compltely lost its form

but i will probably try that aggain sooner or later.

the new print with the thicker mountplate and 50% infill is finished now. gonna mount it as test it today.

originlay i was aiming to print it with nylon, but the one i need is pretty much out of stock everywhere

I have a bit of different mounting solution for the caliber trucks with a 3D-printed parts. 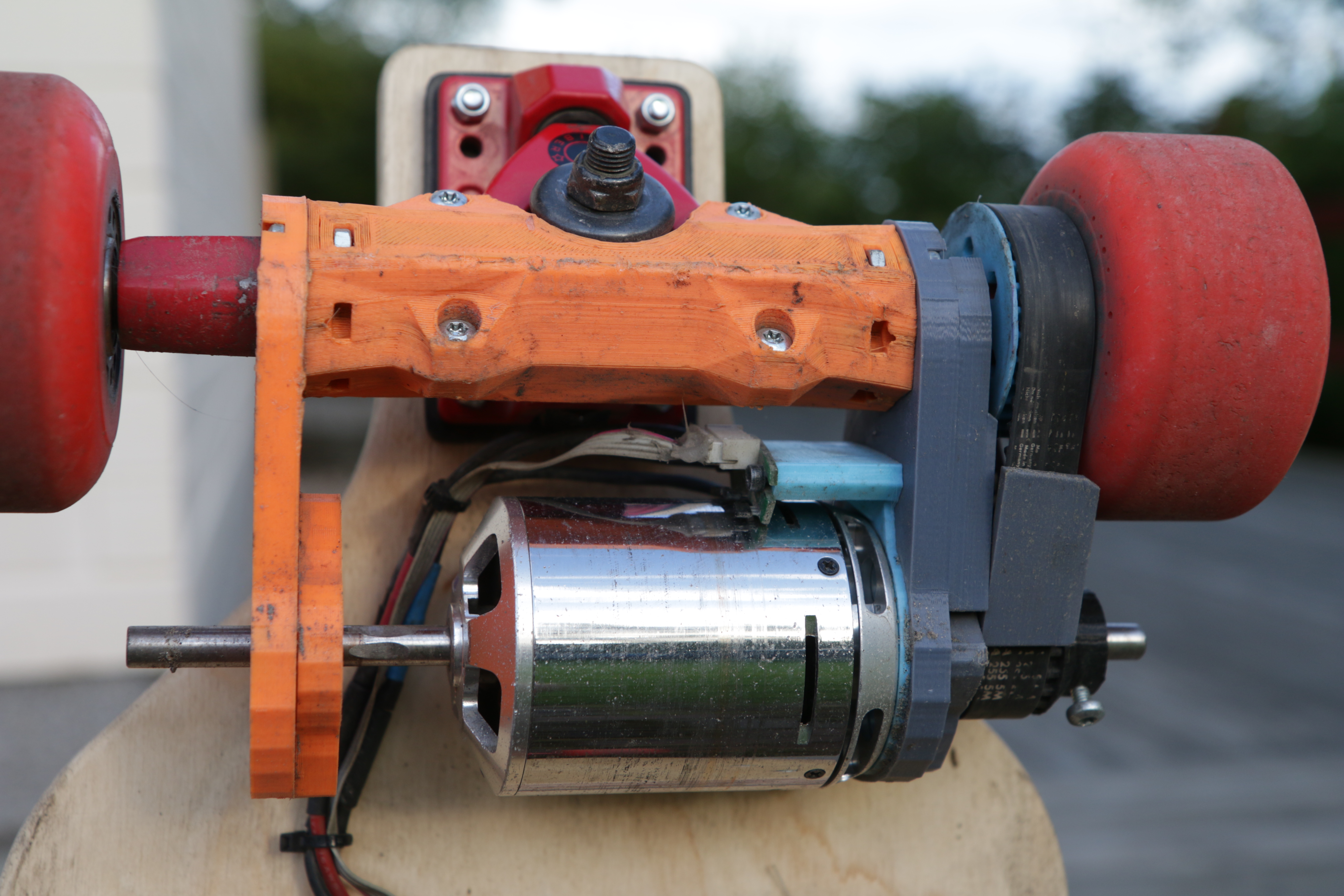 It’s pretty durable even when printed with PLA, but they still develop cracks after some use, so I’m going to go for metal motor mounts in the future.

For more pics check out this Imgur album:

[Album] The current iteration of my electric longboard - Album on Imgur 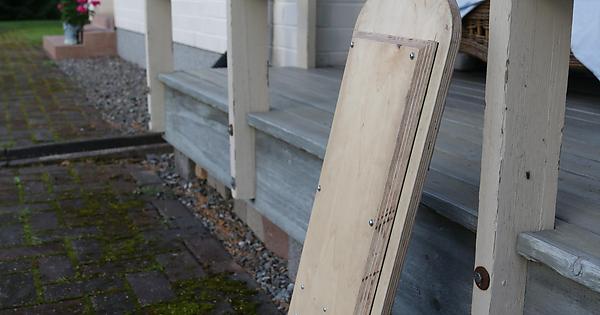