First post, first build, long-time lurker (literally years, off and on). Grew up tooling around on a carveboard surfstik (great board). I bike to work in Boston, and am looking to build a reliable fun commuter board for warm weather. Basically saw @egzplicit 's Jet Invasion build I thought yes please. So!

The goodies so far: 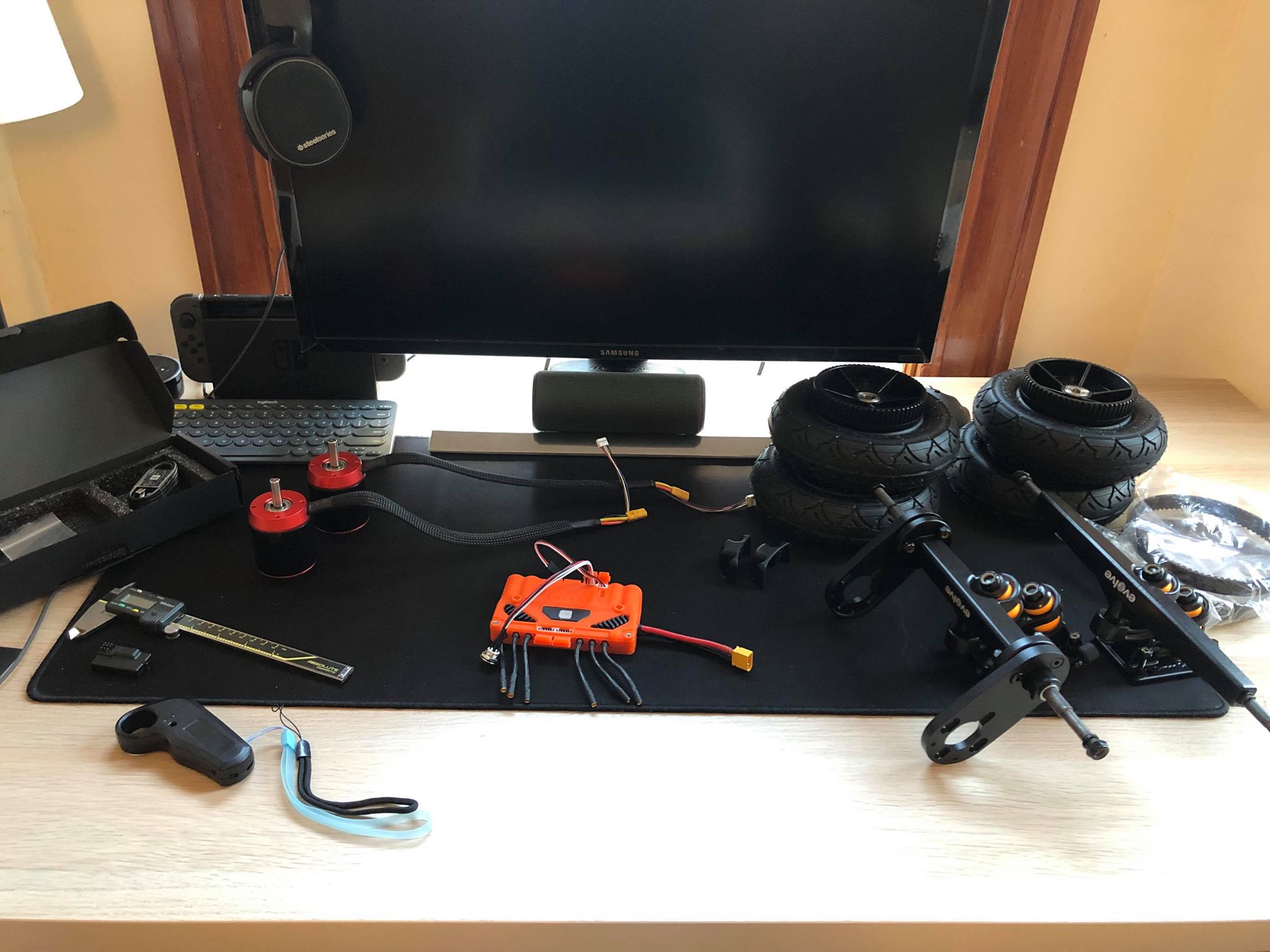 I picked up a bunch of evolve parts (trucks, wheels, belts, motor plates) on the cheap ($200 total) when I was doing a gig in Australia. Unity ($300) just came today. De-branded chineseium remote ($30). Racerstar 140kv motors & pulleys (~$50 ea). Likely to upgrade the hangers to those elofty boys once there’s a bit more knowledge about them.

Would appreciate some advice on decks and enclosures. So below is an image of various decks compared to an Evolve Bamboo GT. I want a more compact board than 38", but still something that can handle AT wheels and my 6’1" 180lb self. From left to right - Bustin Sportster 35.5", Rayne Reaper 36", Bamboo GT 38", and Restless Mantis 33". All are aligned to the truck mount holes. Any thoughts, advice? 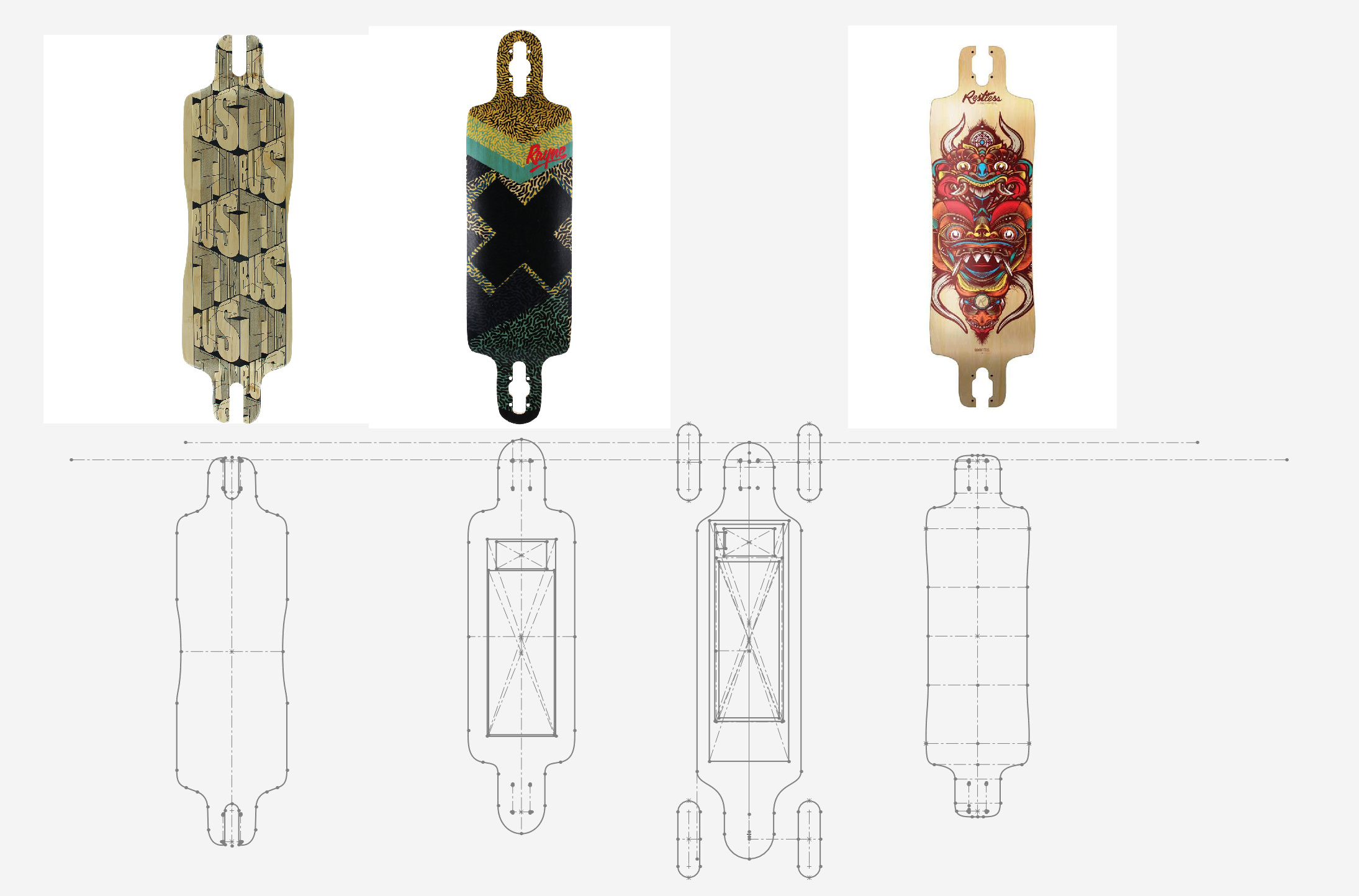 Glad to be here!

I’ve recently built a lacroix and don’t care for it. I have a gtx and I have taken the inclosure off and test fitted a 10s4p with the unity and 10s Bms. It fits but the cells are a little to tall, you will need a small rubber spacer of some sort to make enough room.
I’m pulling the unity out of the lacroix and building what you are doing. I just can’t make up my mind on which deck.