UPDATED Hyperion Systems LLC has more than $2400 of mine in parts and PayPal, and they wont respond to me anywhere. Where are they?

THIS IS A COPY OF THE MAIN THREAD ON ESK8NEWS. Feel free to comment here as well though. The more exposure the better.

I planned writing this in two days or so, but what difference does that make at this point?

Before writing more, I want to make it clear I have gone above and beyond what should be required of me to get their attention. Unfortunately I feel as though I have no choice but to post this to achieve the results I deserve.

The goal for this board was to get a top tier eboard, but since I was strapped for money at the beginning, I had to start battery first then eventually other parts as I got the money for them.

Below are the PayPal purchases I have made with Cory for this build:

February 18th - $650 - I purchased a 12s7p 30q pack from them with no BMS, as well as an eboosted enclosure. I have NEVER seen this pack, not a single picture or anything to indicate it has actually been done. This is the ONLY progress photo I have received, besides ones of lain out electronics: 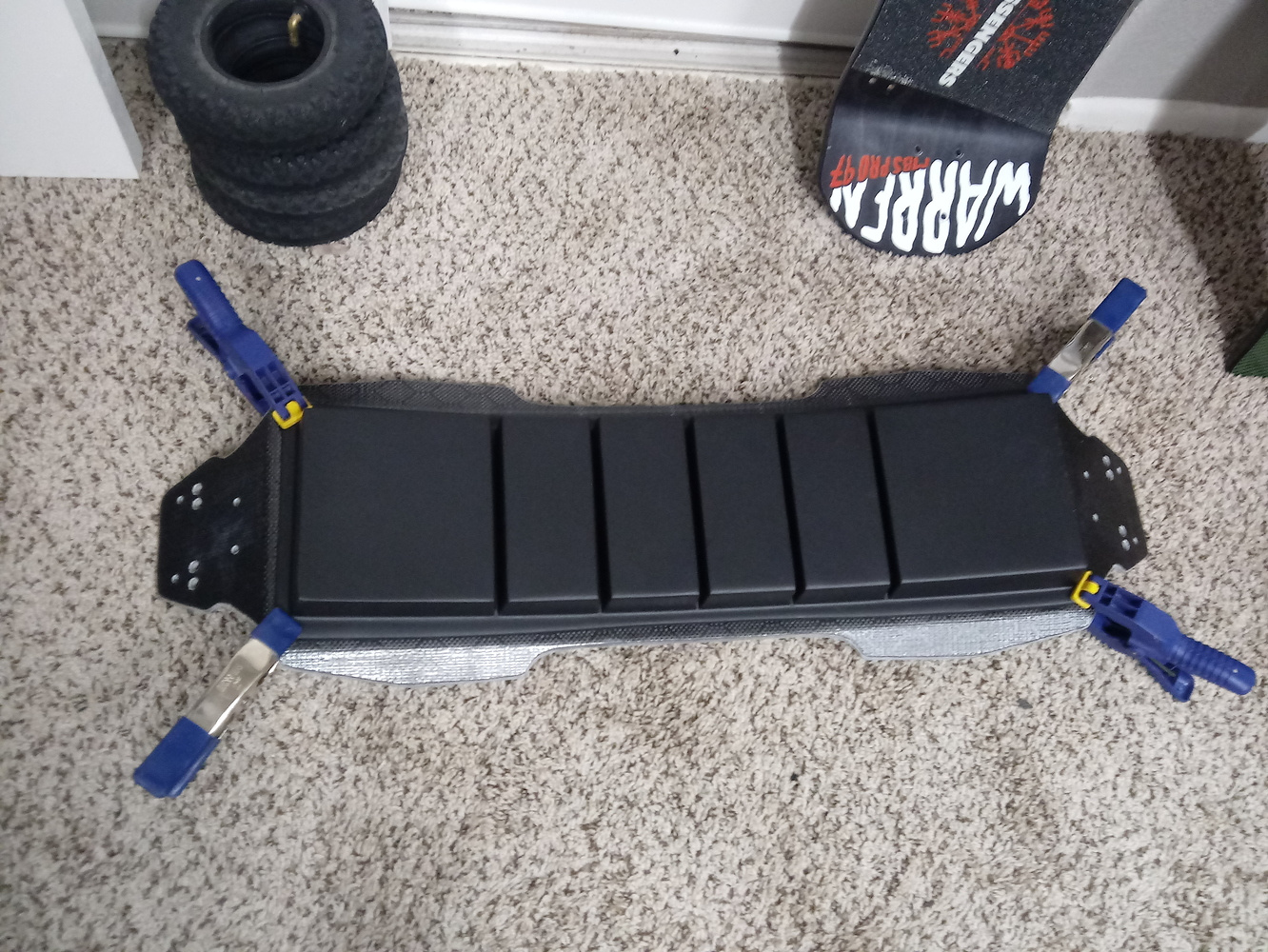 June 7th - $650 - I pledged money for an Etoxx Helical Gear group buy, that eventually fell through. I still have not received this money back. Its been a MONTH since I have asked for this, and have only heard “yes we are processing it”.

Below are credit/debit card purchases that I had sent to them. I don’t know the dates, but Ill try to list them in order:

Kaly Deck - $270 - This was the most absurd part of this, and honestly its the number 2 reason this build has been so delayed.

Still in their possession

Metr Pro - $45 - A regular UART Metr Still in their possession

OSRR Remote - $225 - They’ve had it for awhile now and even though Ive asked multiple times for it to be sent to me, its Still in their possession

The communications department has always lacked with Cory, be it a week between responses or what feels like ghosting. Currently I haven’t received a response in 17 days and counting, after I asked them for an update on where my refund and OSRR remote are. I have been legitimately blessed with @DerelictRobot s help, as he said that he would happily accept the parts and assemble the board as no one should have to wait this long.

I have given them over $2400 in items and PayPal, and have received one good photo, poor CS, and an empty spot in my board quiver. Where are you Cory and Benjamin? @hyperion1 @hyperion2

I would also like to shout out @BillGordon for being the homie on this situation. Its nice to know someone has my back.

Update: Just bringing the thread up to speed to the other one. Cory has responded, I’m giving him a fees days to get to me

submit a paypal claim before it expires?

You have 180 days to make a claim via paypal. Option B would be your Bank.

Update: Cory has been in touch both in a private thread and in the sister post over on . The upshot is that they have been in the Bahamas and without communication capability until now, and intend to get everyone with outstanding issues taken care of soon.

I placed an order for 4 motors from cory and I’m also not getting replies.

@hyperion1 @hyperion2 I placed my order on August 10th so in 5 days it’s going to be 2 months, come on guys I know you are busy but this took too long so I had to order fromNaytecg directly and already got them.

I think he’s on the other forum at the moment

Cory contacted me and he is processing the reimburse