Hello guys I know there has been another topic about this already but didn’t want to hijack it, besides I wanted to do a step-by-step tutorial so others could easily benefit from it.

Step 1: Remove the 8 screws holding the battery and turn it over: 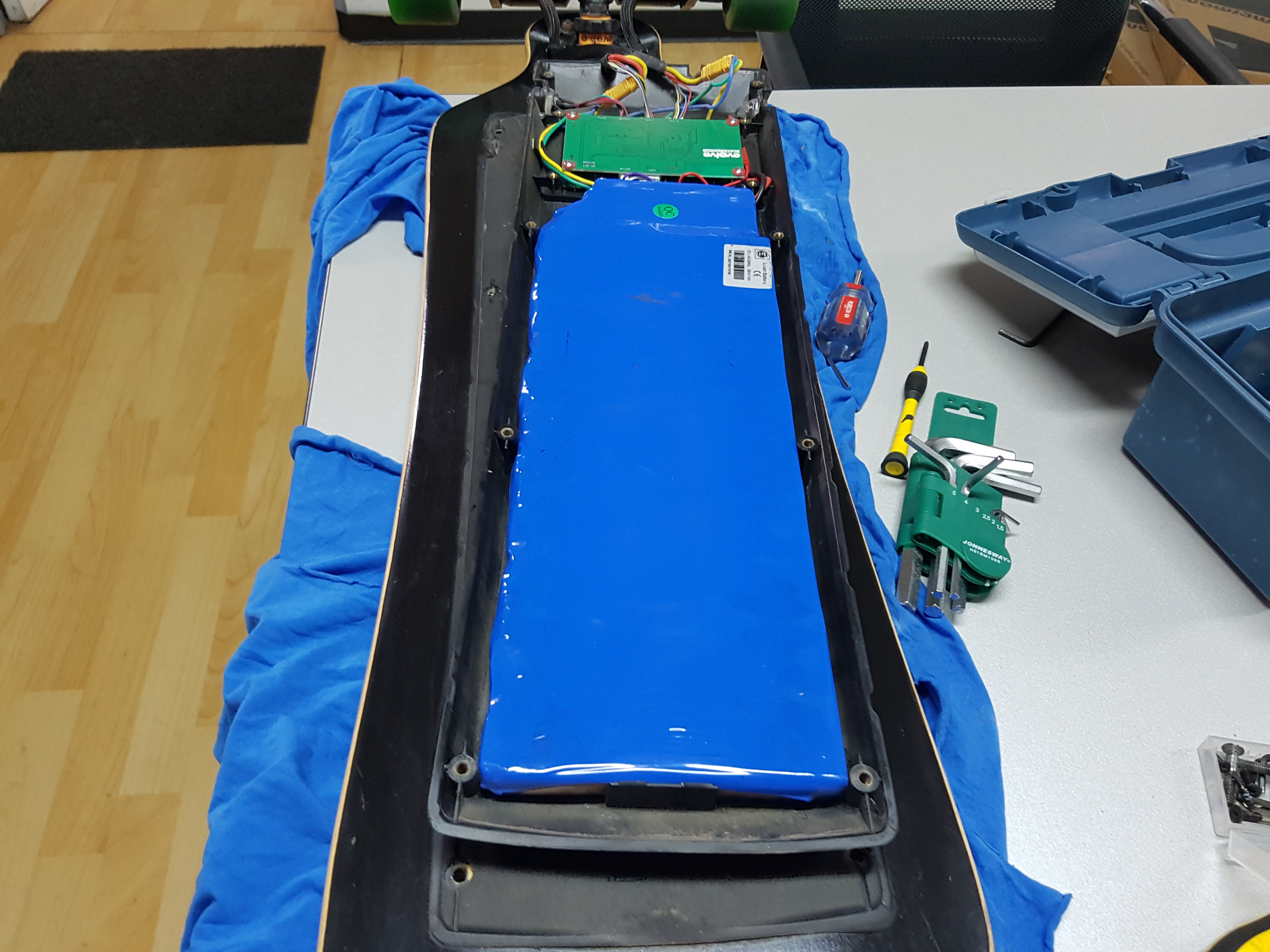 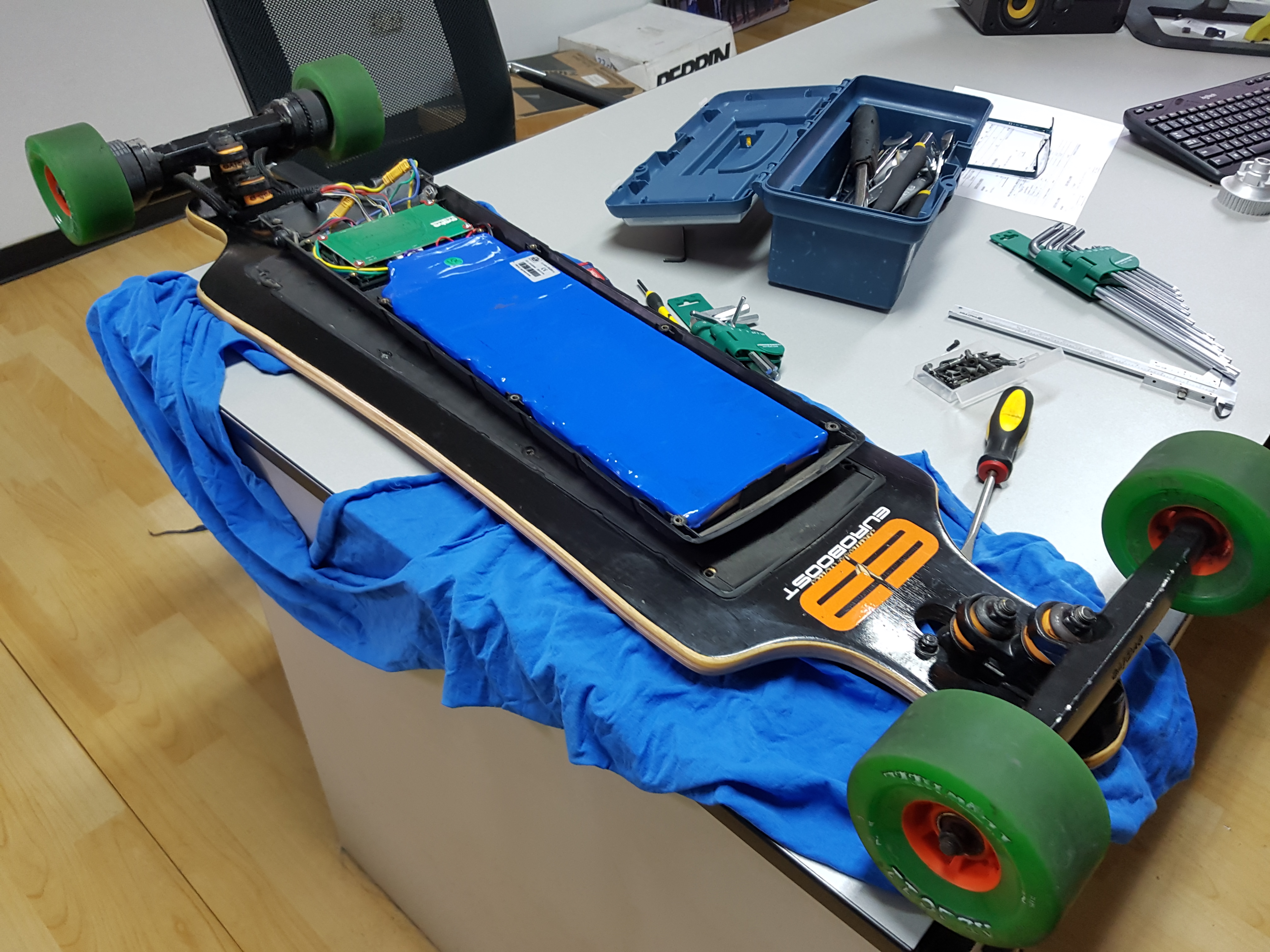 Step 3: Unplug the battery from the BMS, the original battery is a 10S made of 10 LiPo pouches. 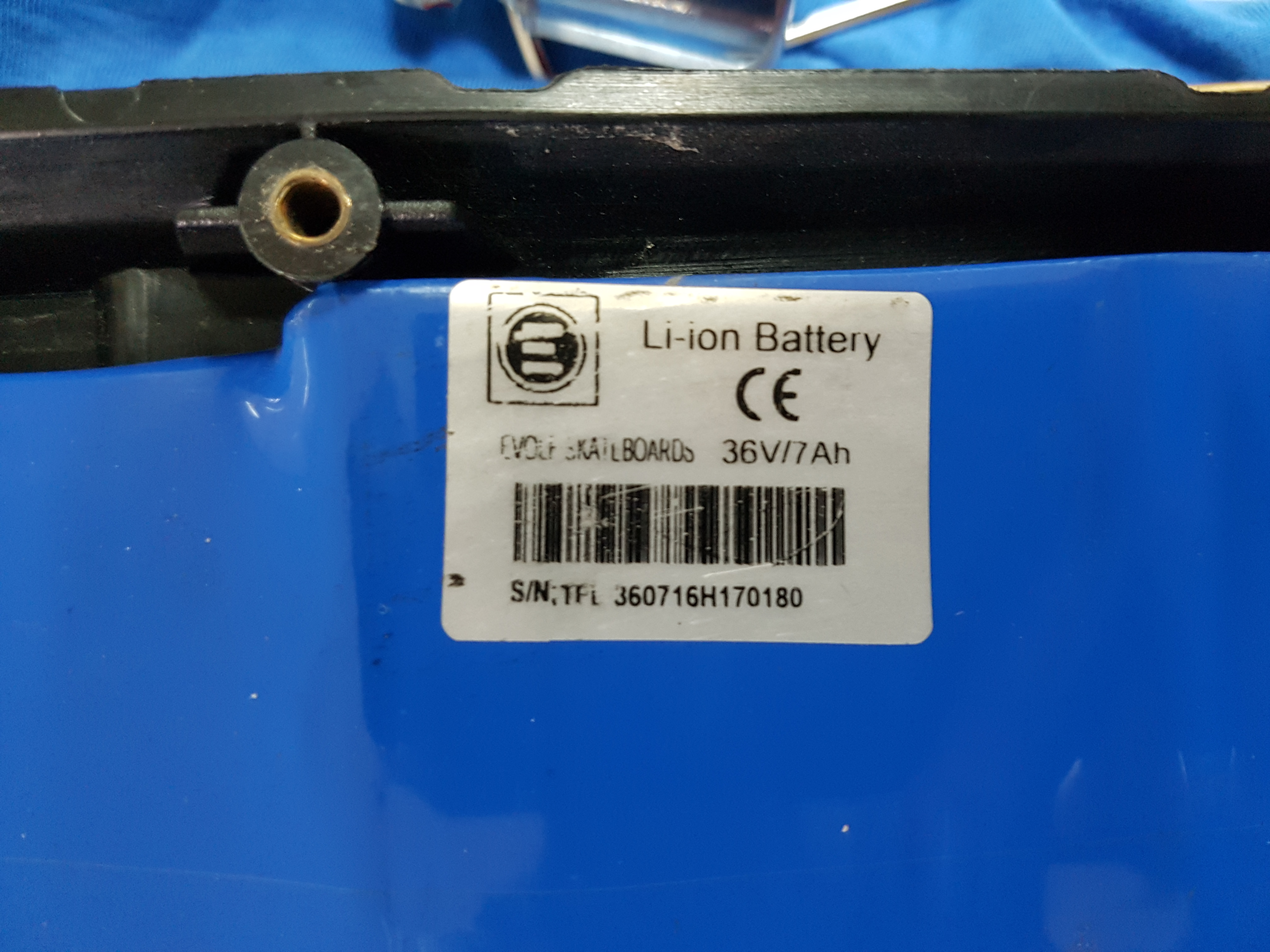 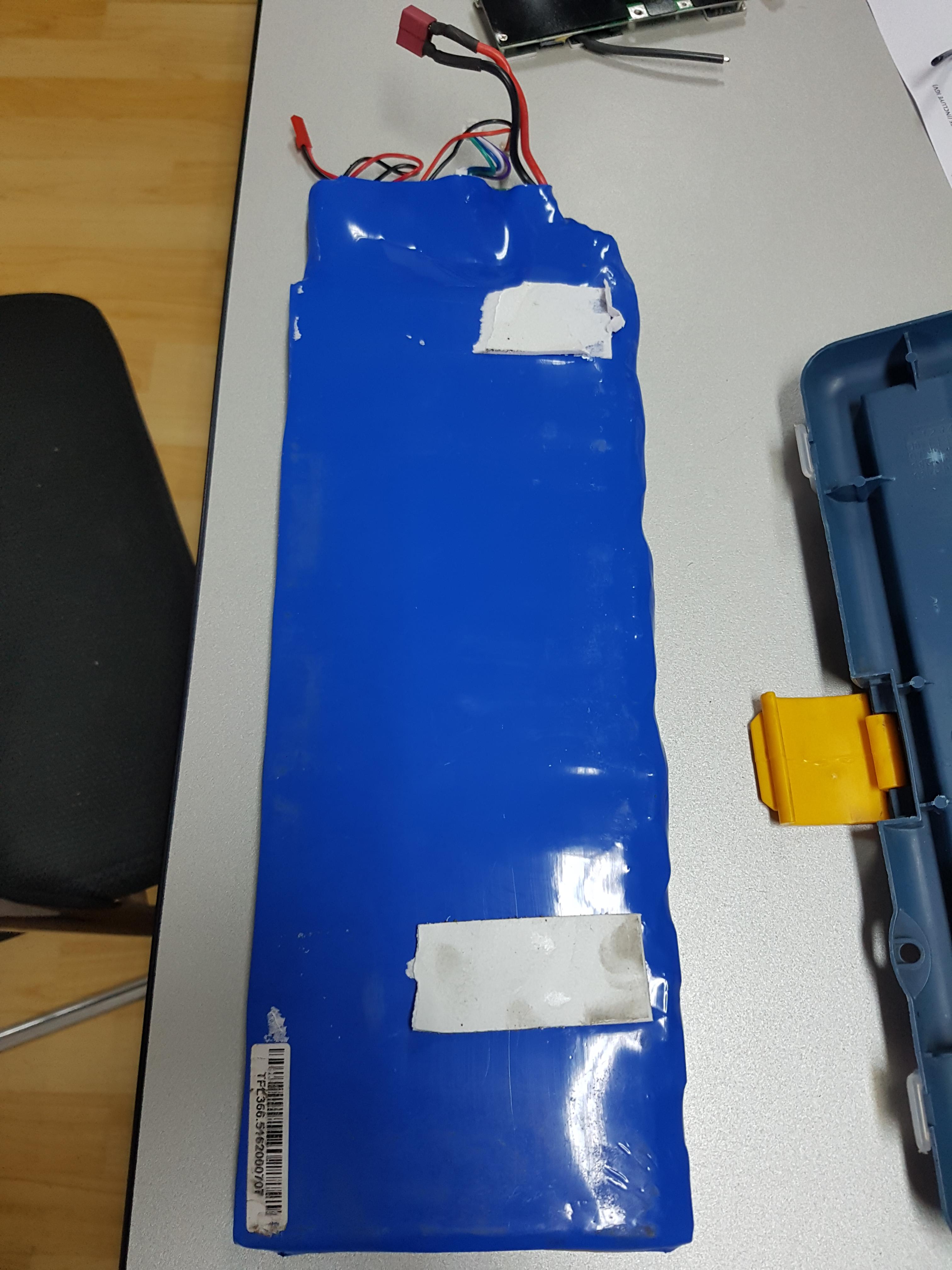 Step 4: Unplug the balancer plug from the BMS and desolder the 4 red wires from the positive lead of the battery pack 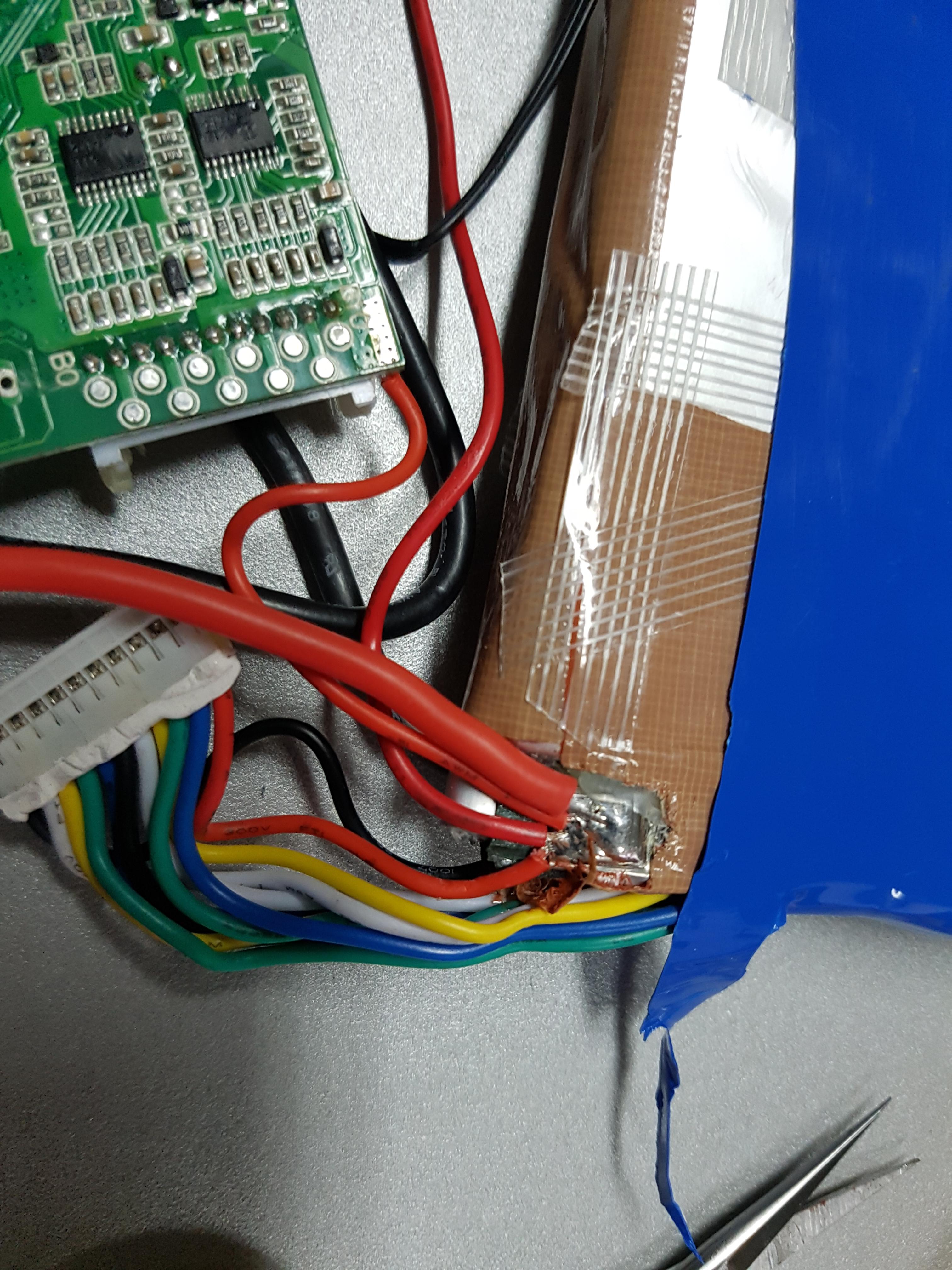 Step 5: Desolder the 2 wires on the negative lead of the battery pack 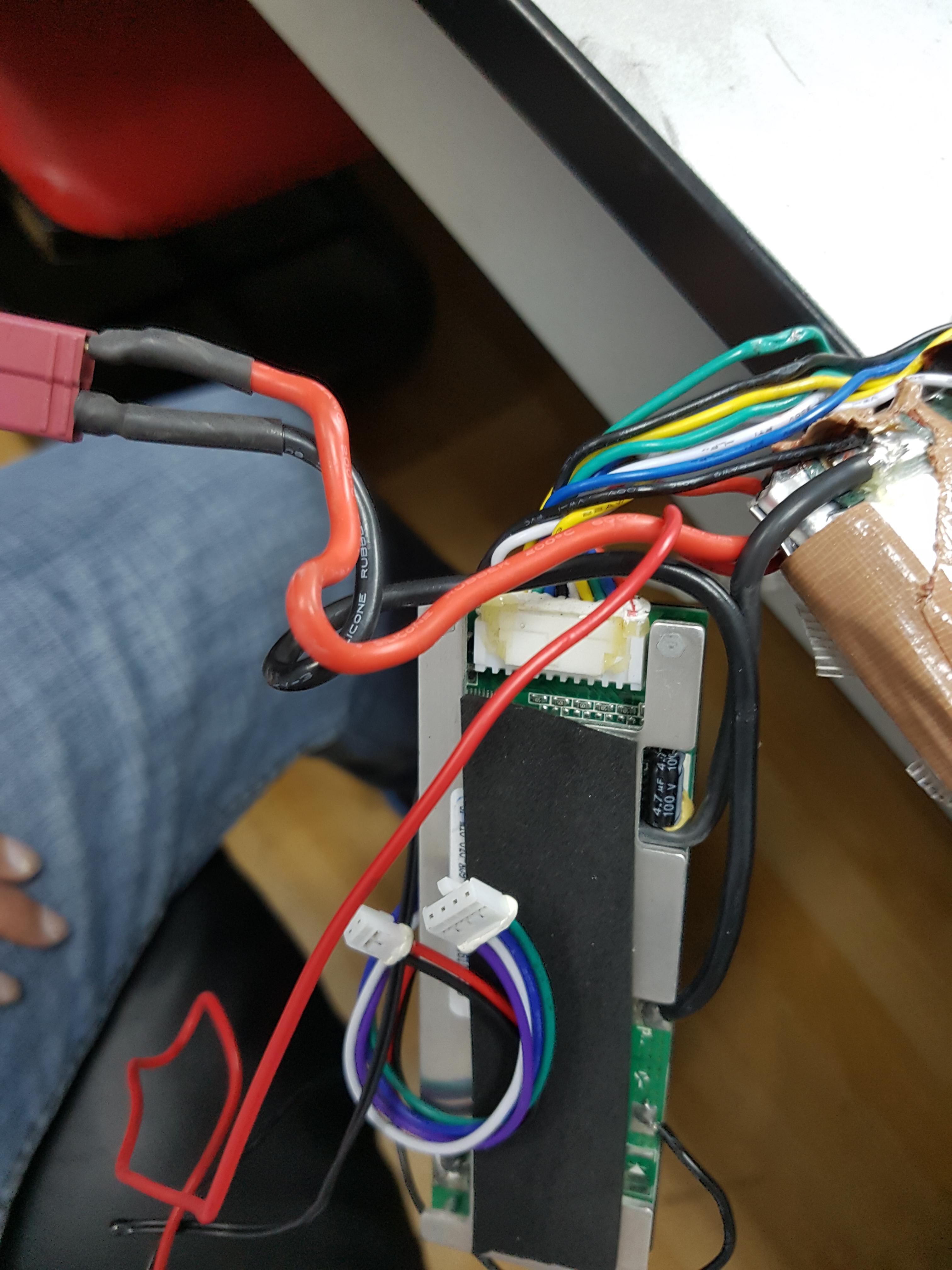 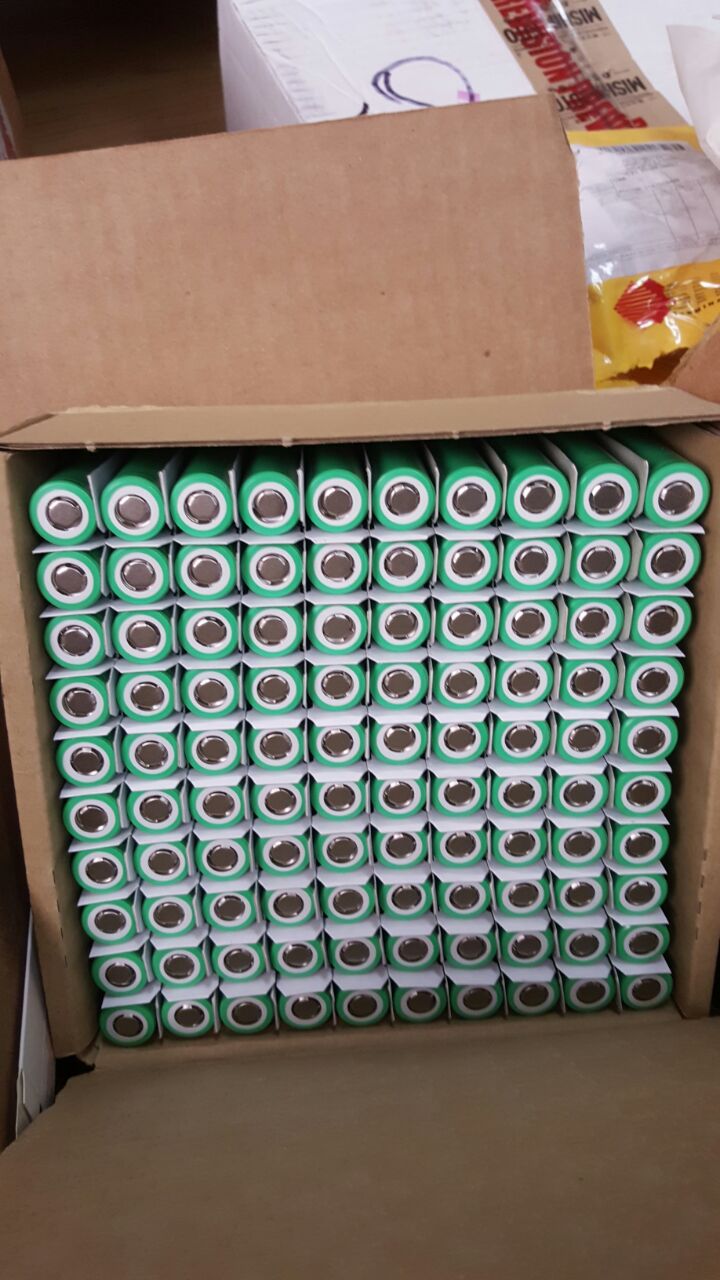 Step 7: Use cardboard isolating rings around the posituve lead of each cell in order to have an extra layer of short protection and sport weld them 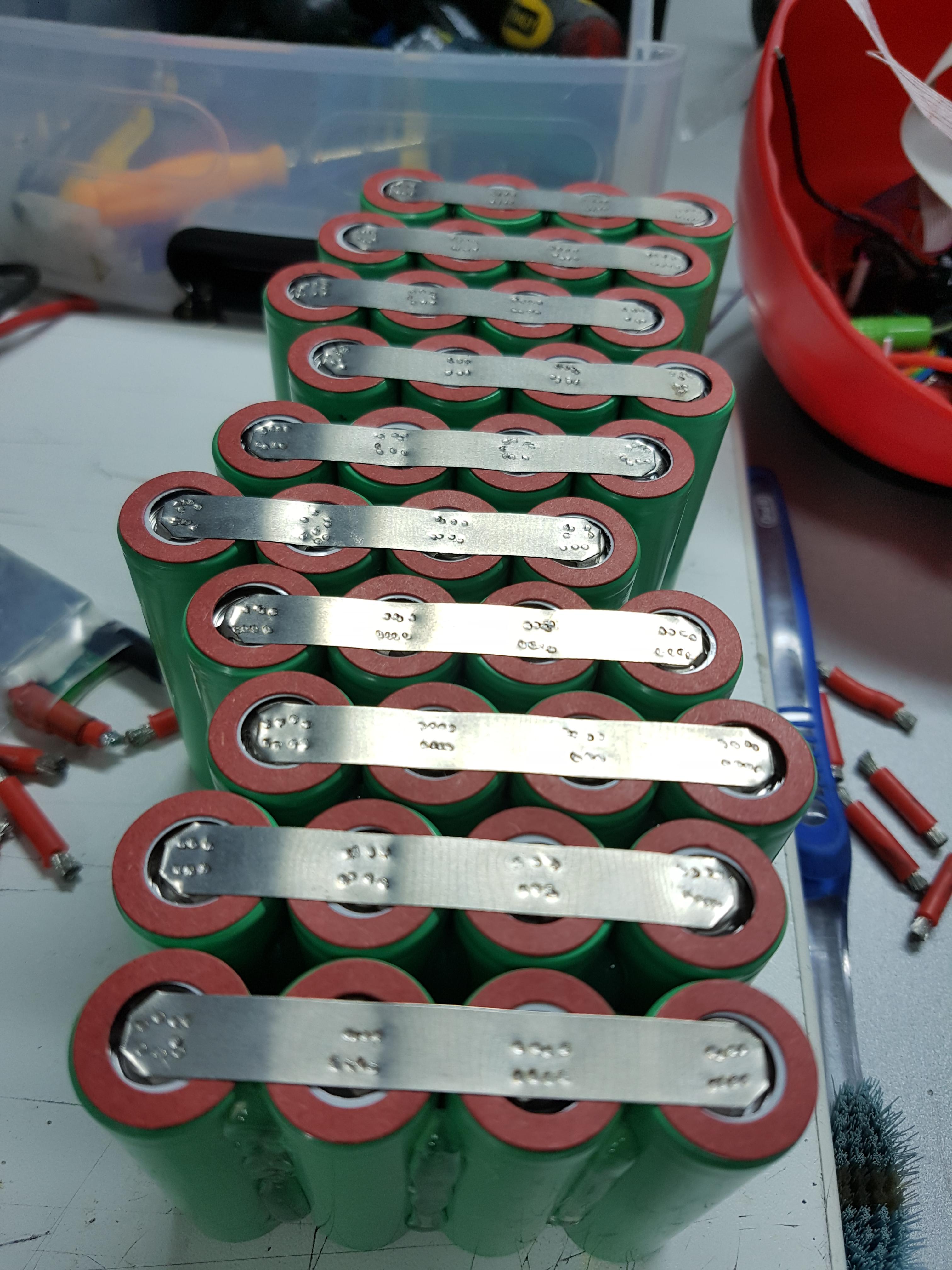 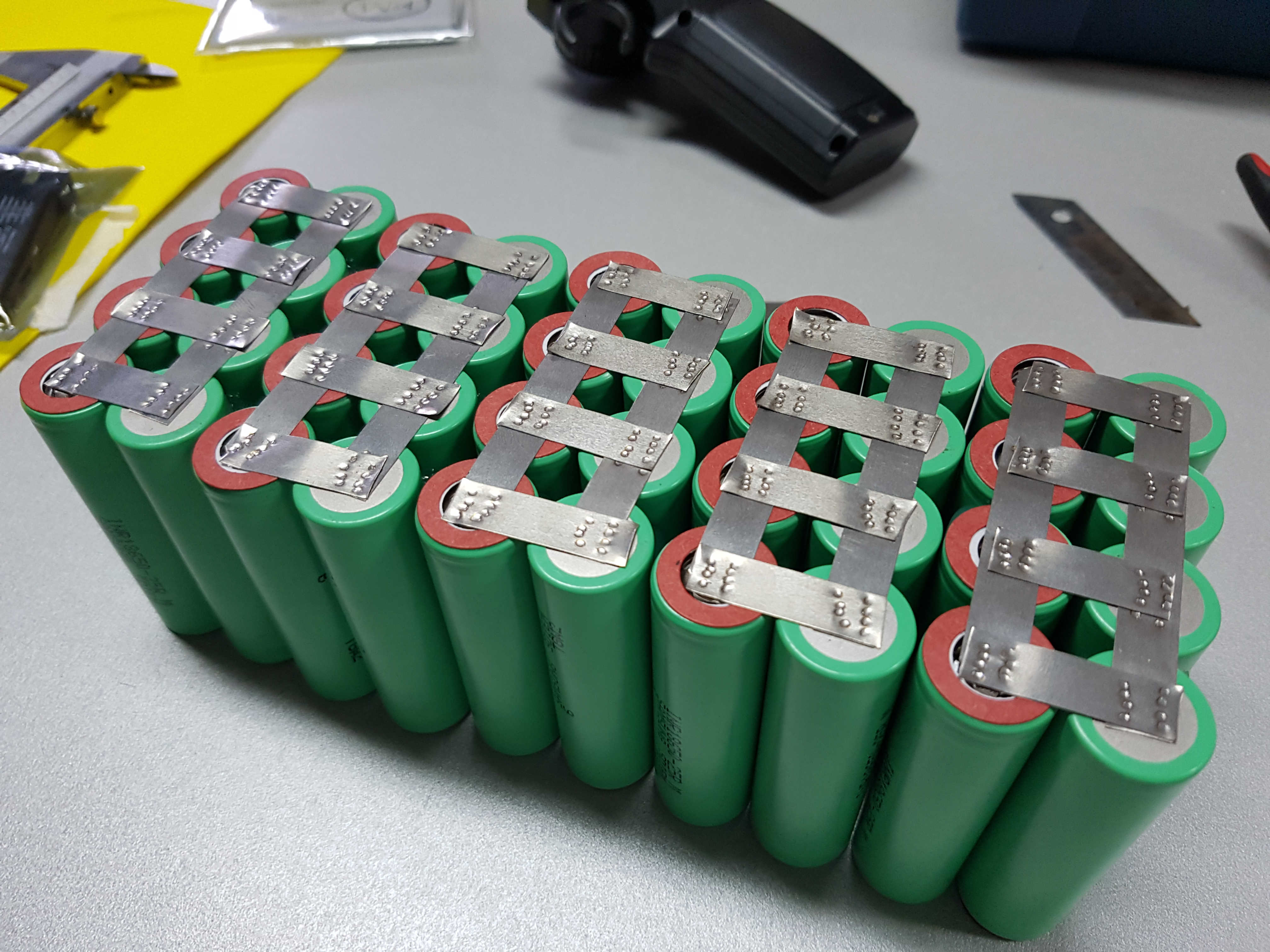 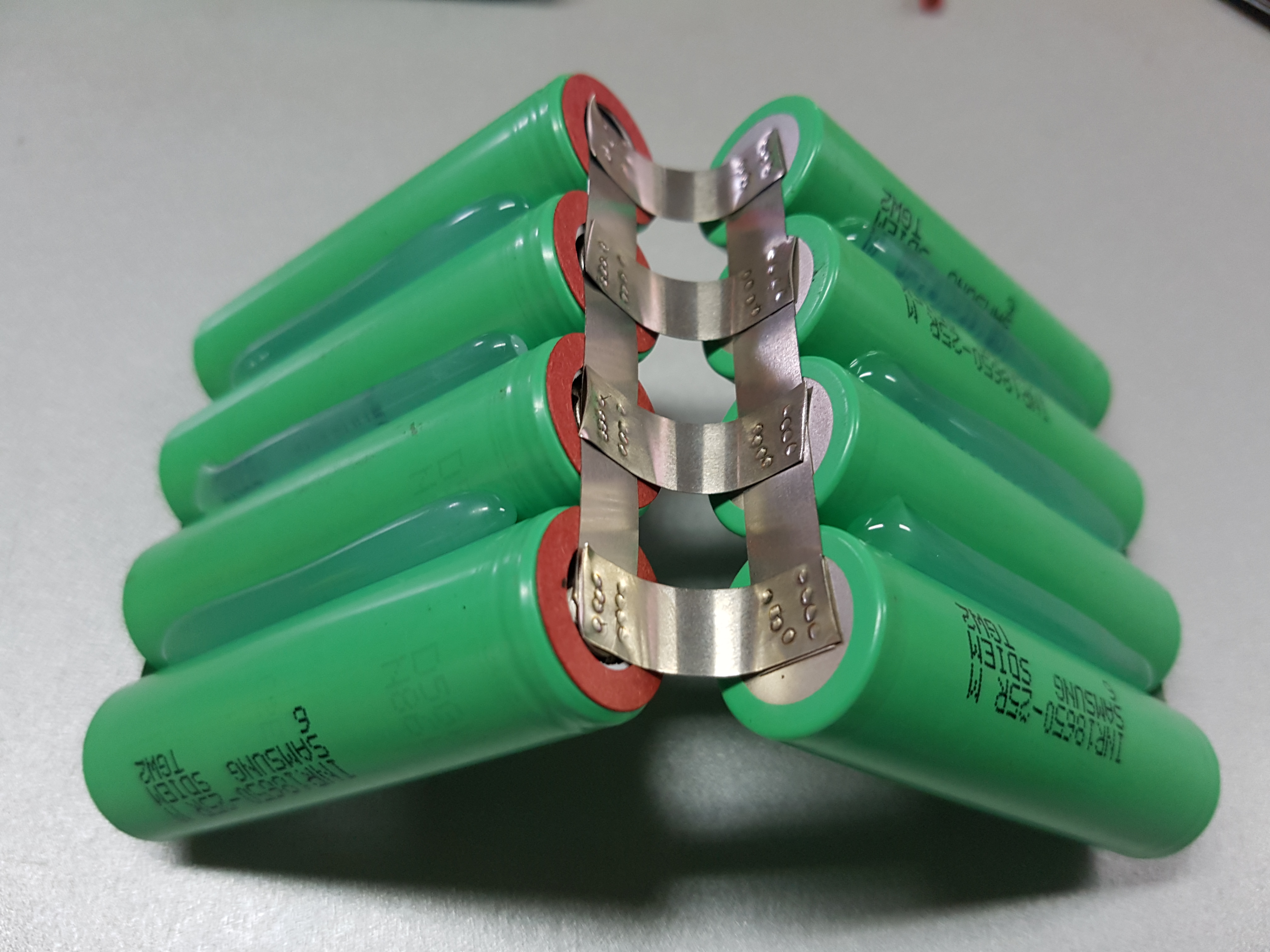 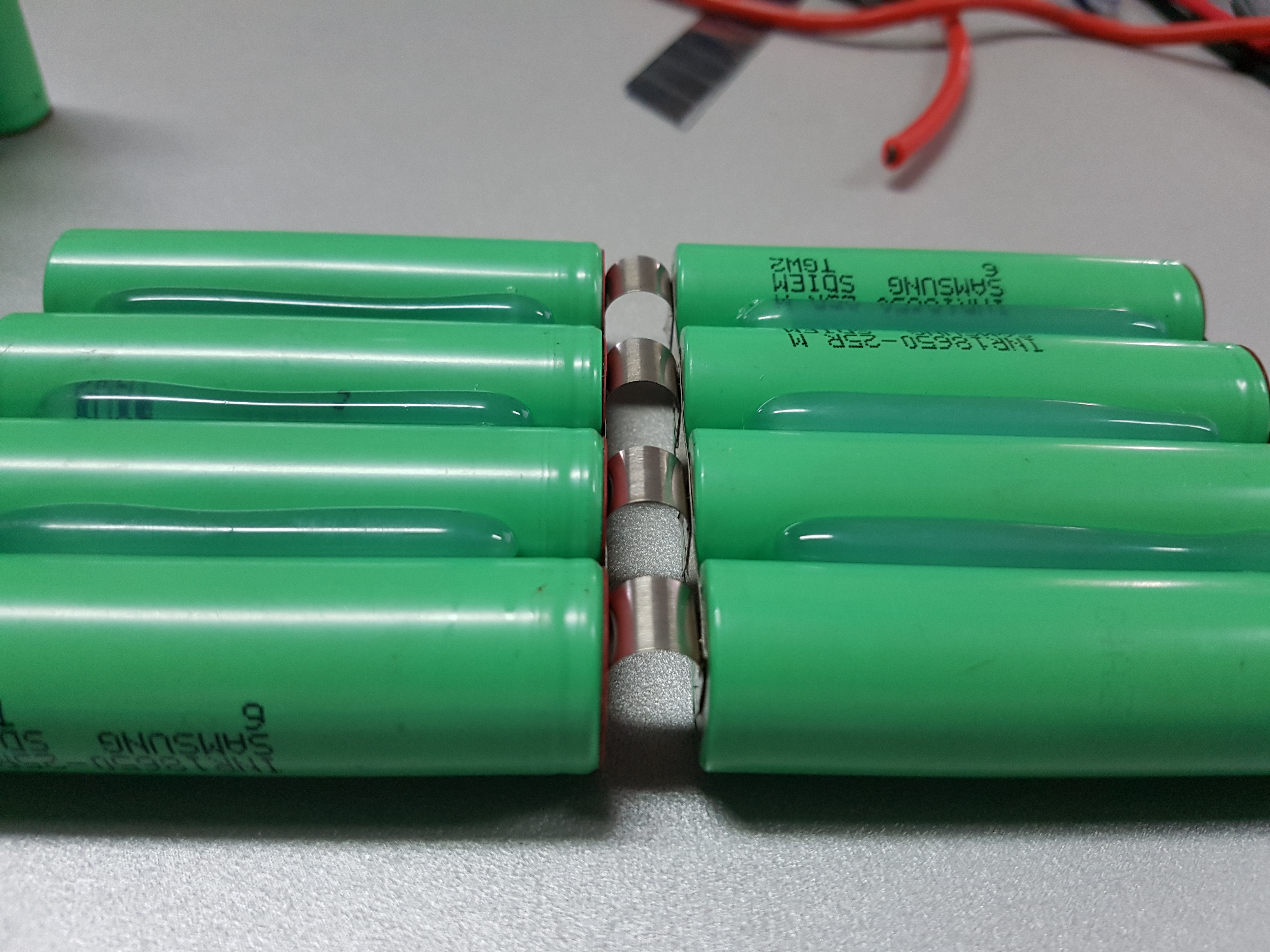 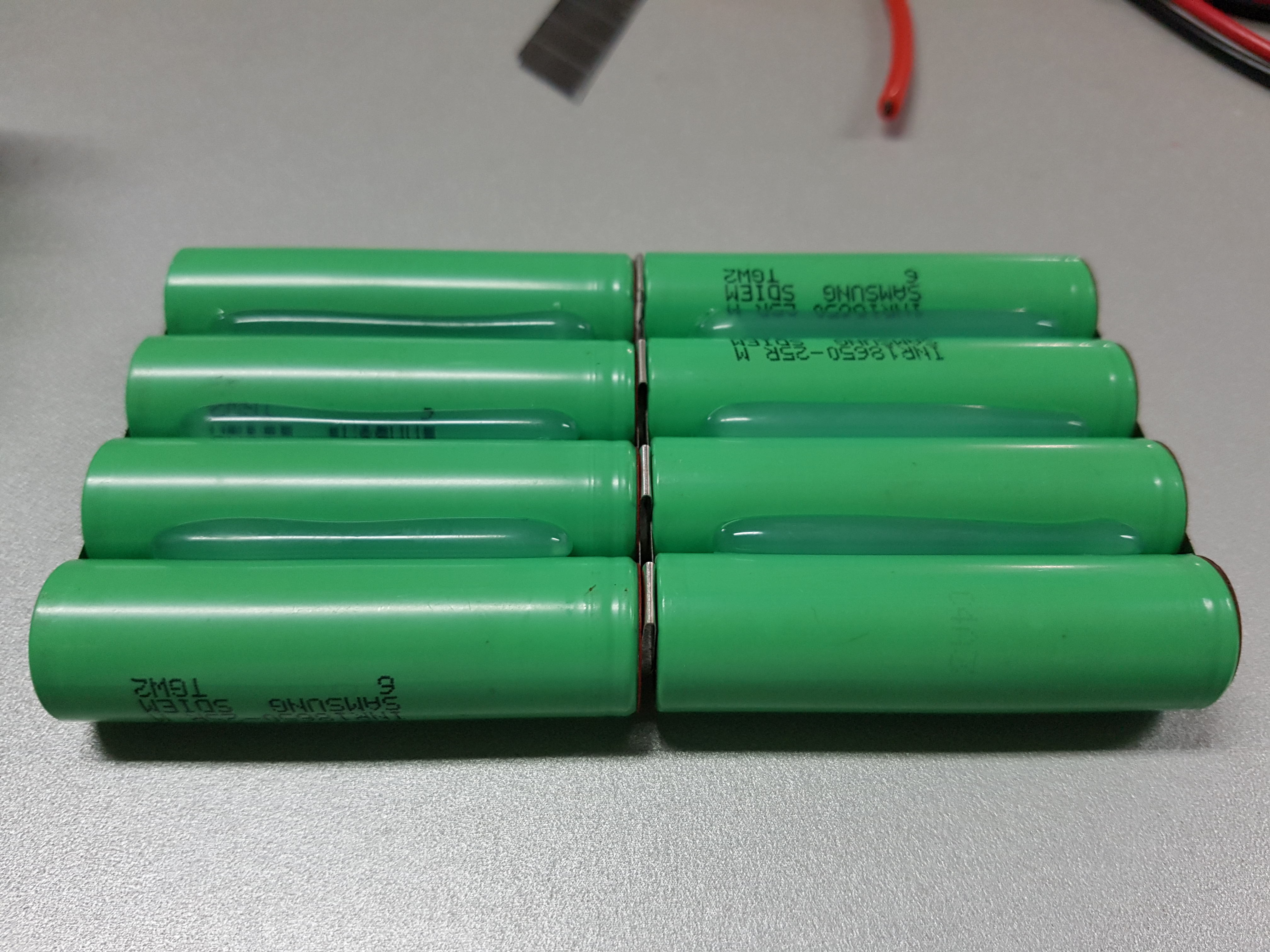 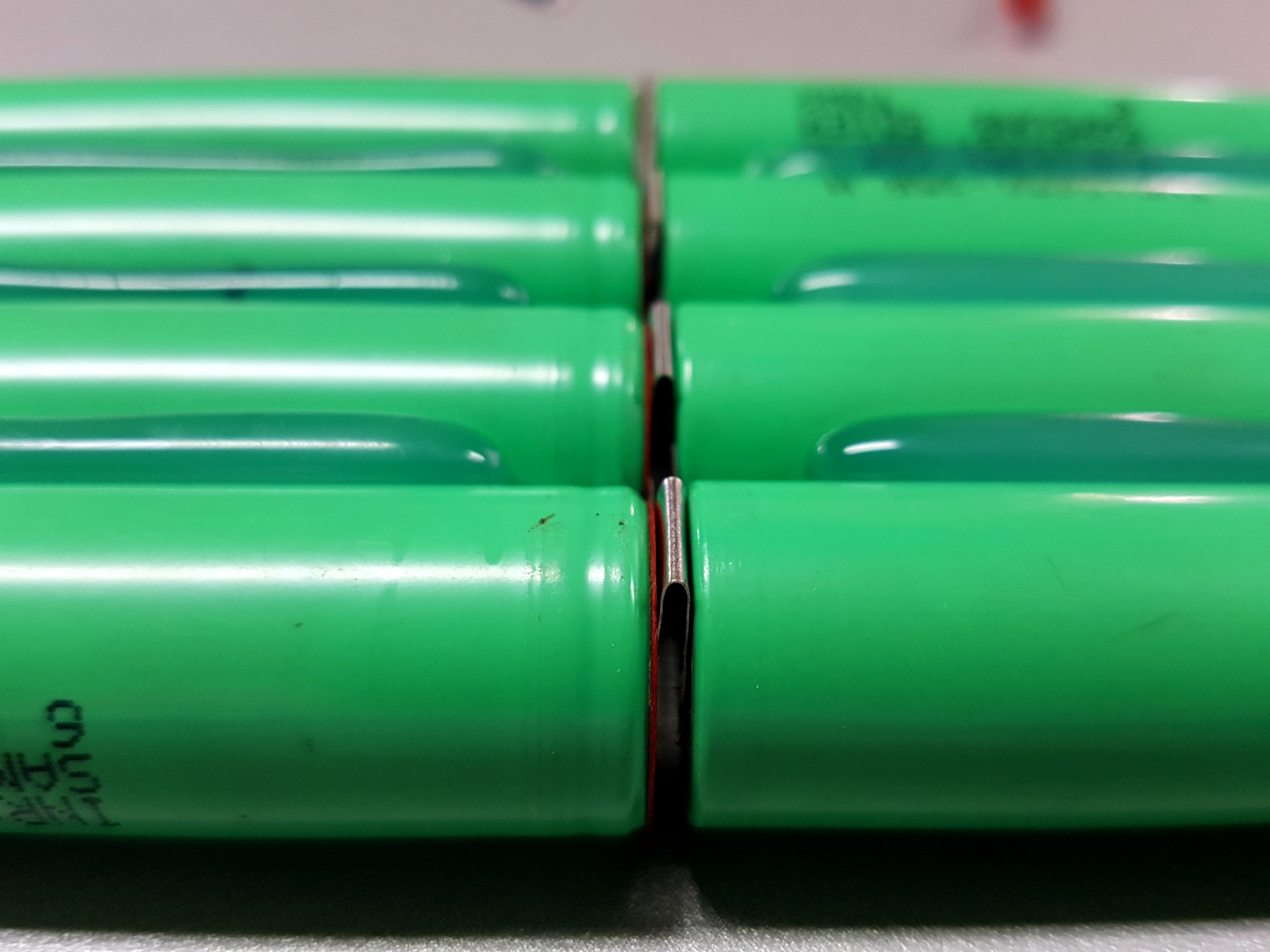 Glue them together with hot glue silicone 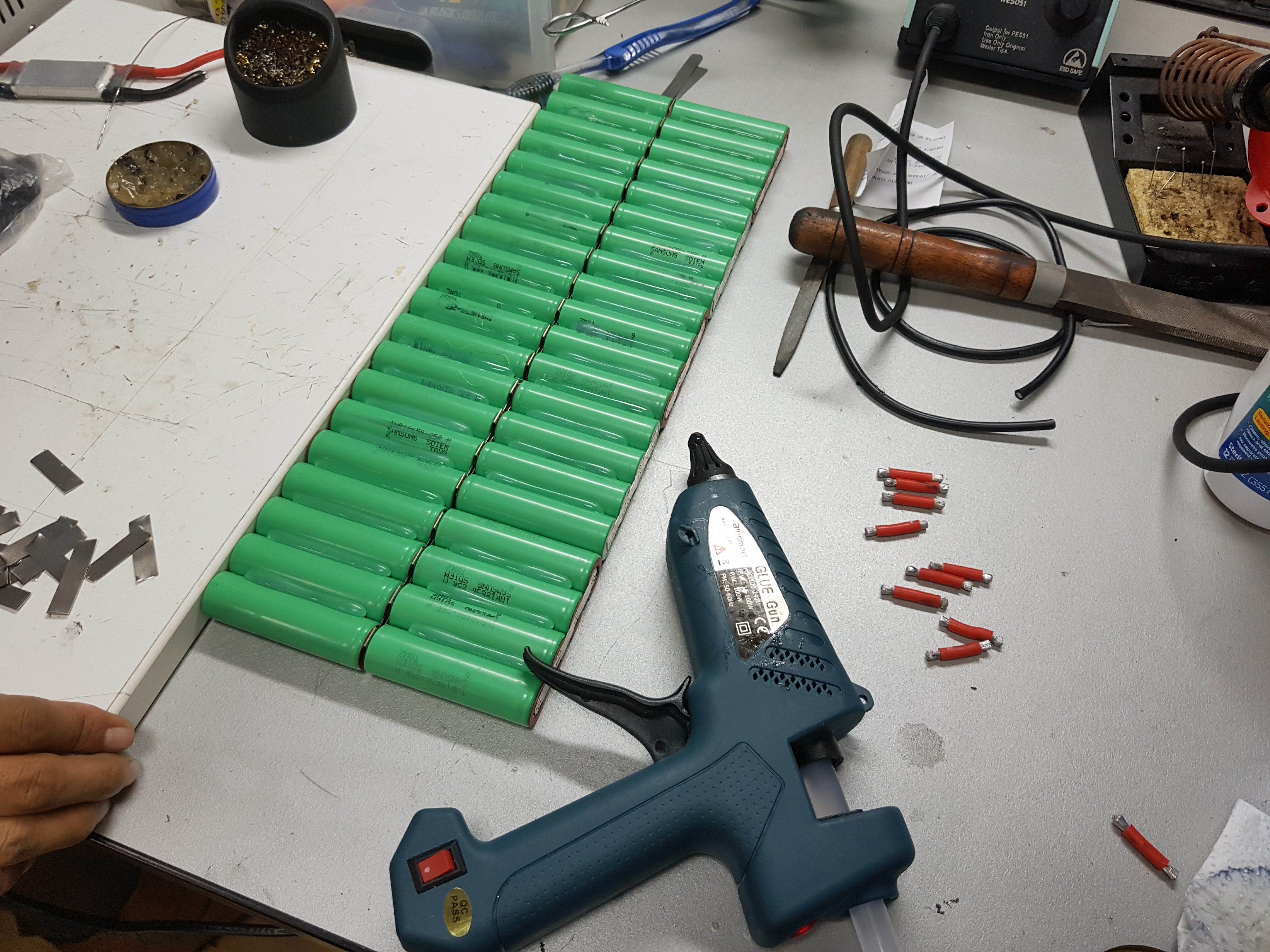 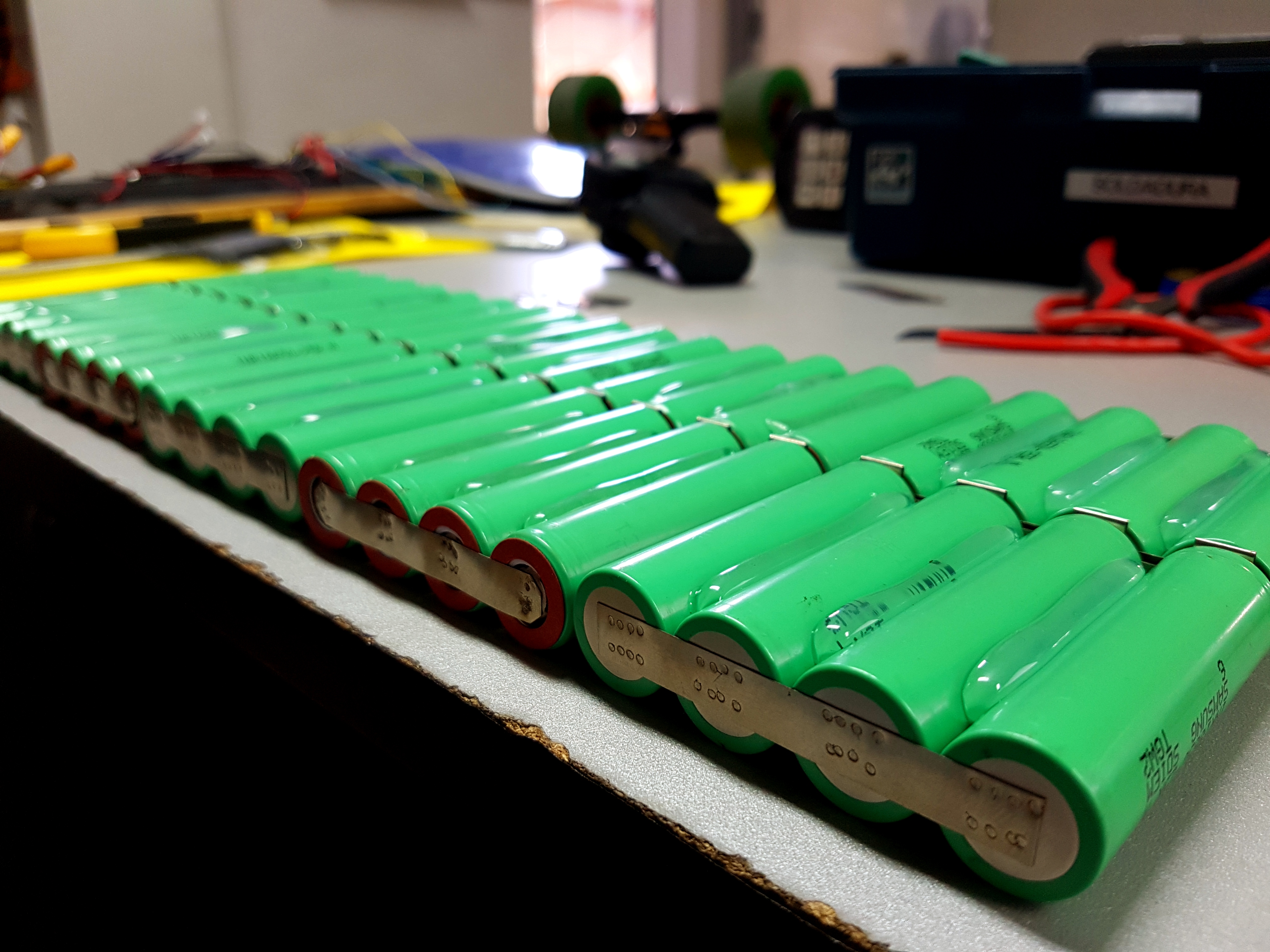 Reconnect the BMS and solder the lead wires: 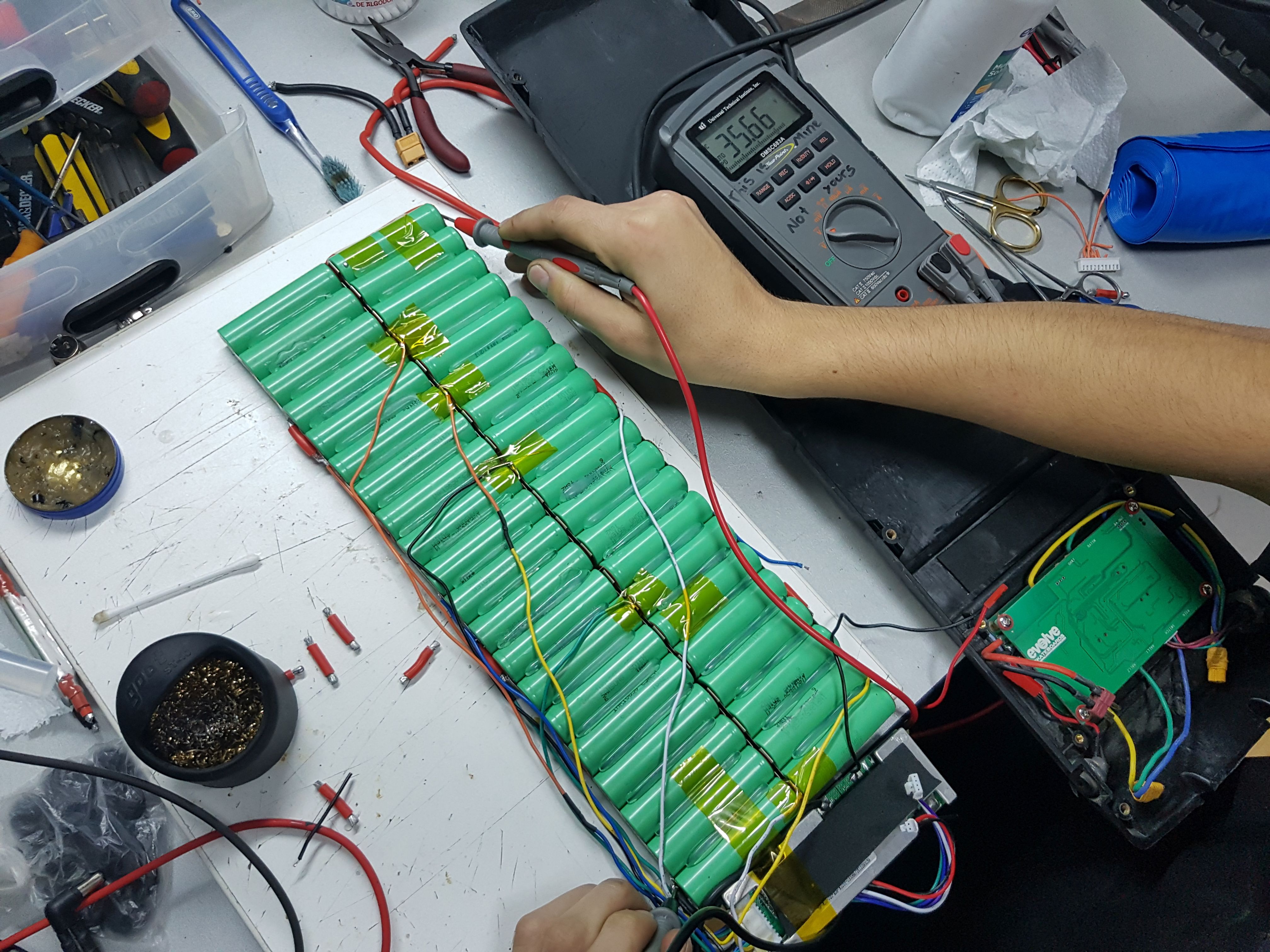 I run into an issue here, @longhairedboy could give me a hand?

Meassuring from the battery plug: 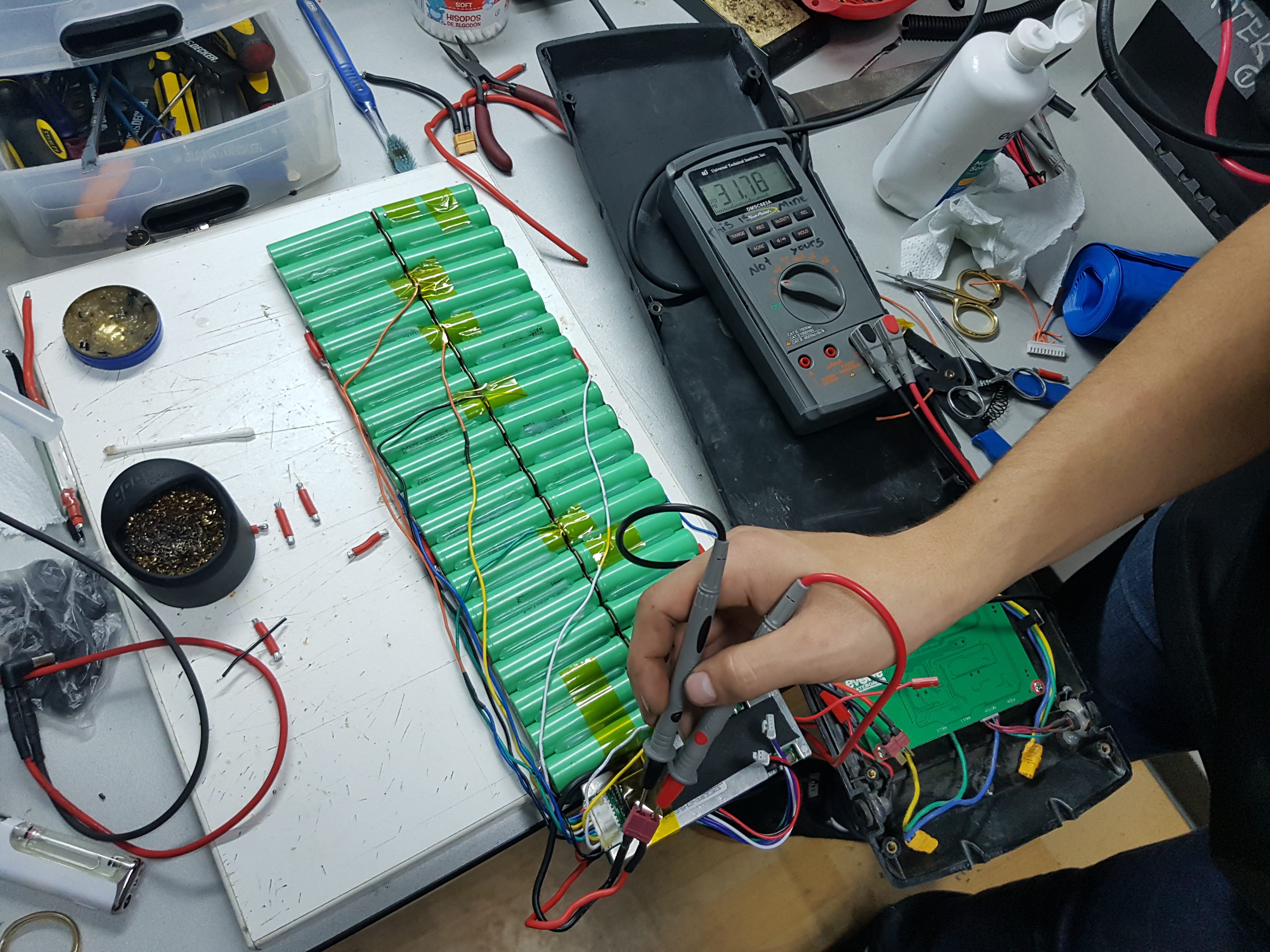 I took advantage of the procedure to change the faulty Evolve BMS for a the new one from them but there was 1 red wire I left unconnected because I didn’t know where to solder it on the BMS, there were no instructions, maybe that’s the problem.

I’ll update the tutorial once I sort this out.

The red wire should be the #10 balance lead and go to positive on the pack, IIRC. I don’t have a unit in the shop at the moment but there are two coming in for this upgrade so i can take a look then.

EDIT: I just saw your PM about having the #10 already connected. When the two come in i’ll look and see where that mysterious extra wire is supposed to go.

That’s how its done though. That’s how you make the flexi pack. I also add some 180mm heat shrink over each P group and let it overlap just a little onto the next one, sort of like scales. That allows it to still flex but keeps things nice and neat.

Nice job on the pics. I am getting confused as to what you do after you bend each 2s4p pack. So you put all of them next to each other like in a few pics down, but you never sport weld each of the 2s4p packs together? What am I missing here?

Here are the pictures on both sides, so you can see them better, the read rings are positive terminals on each cell 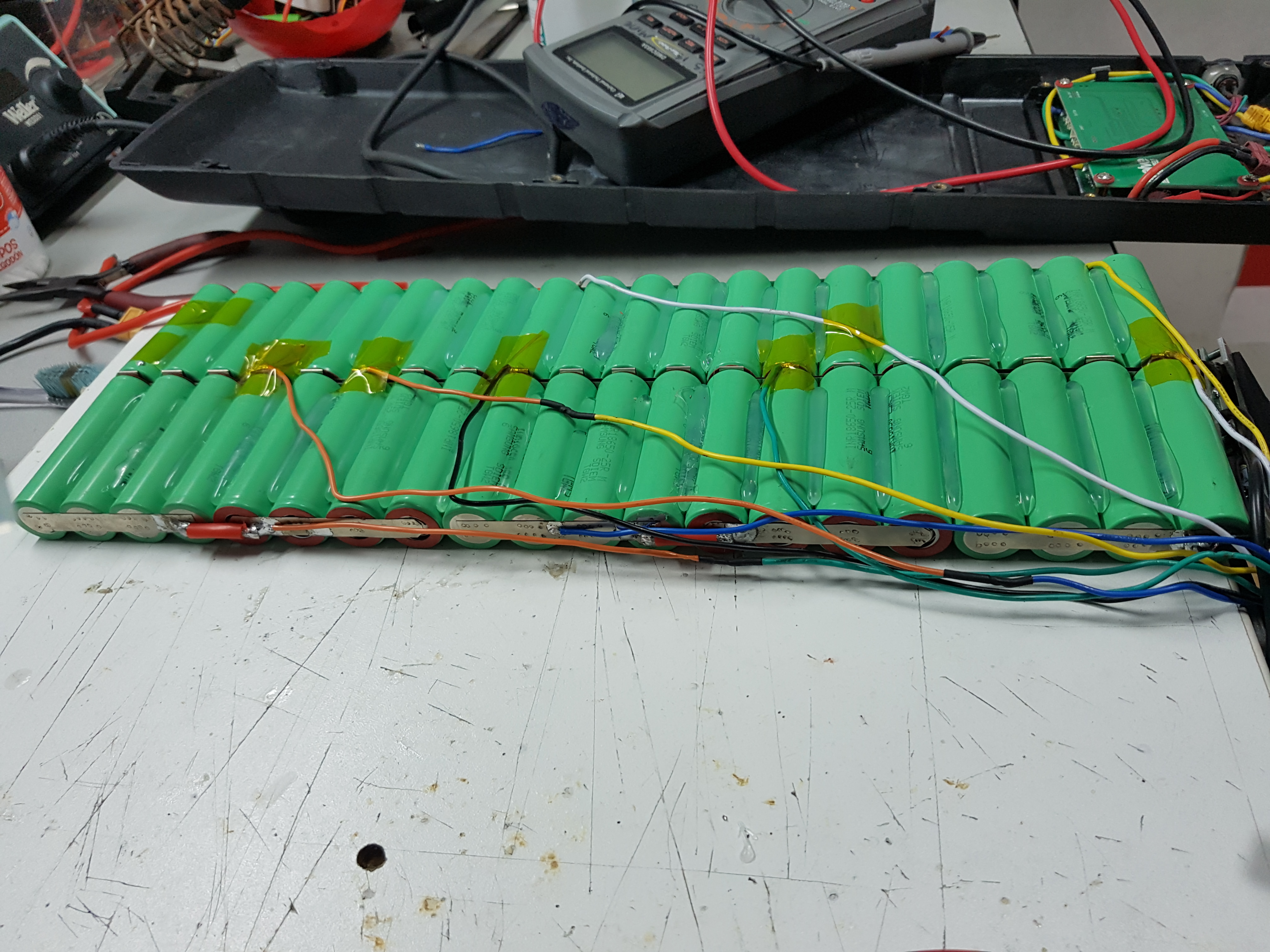 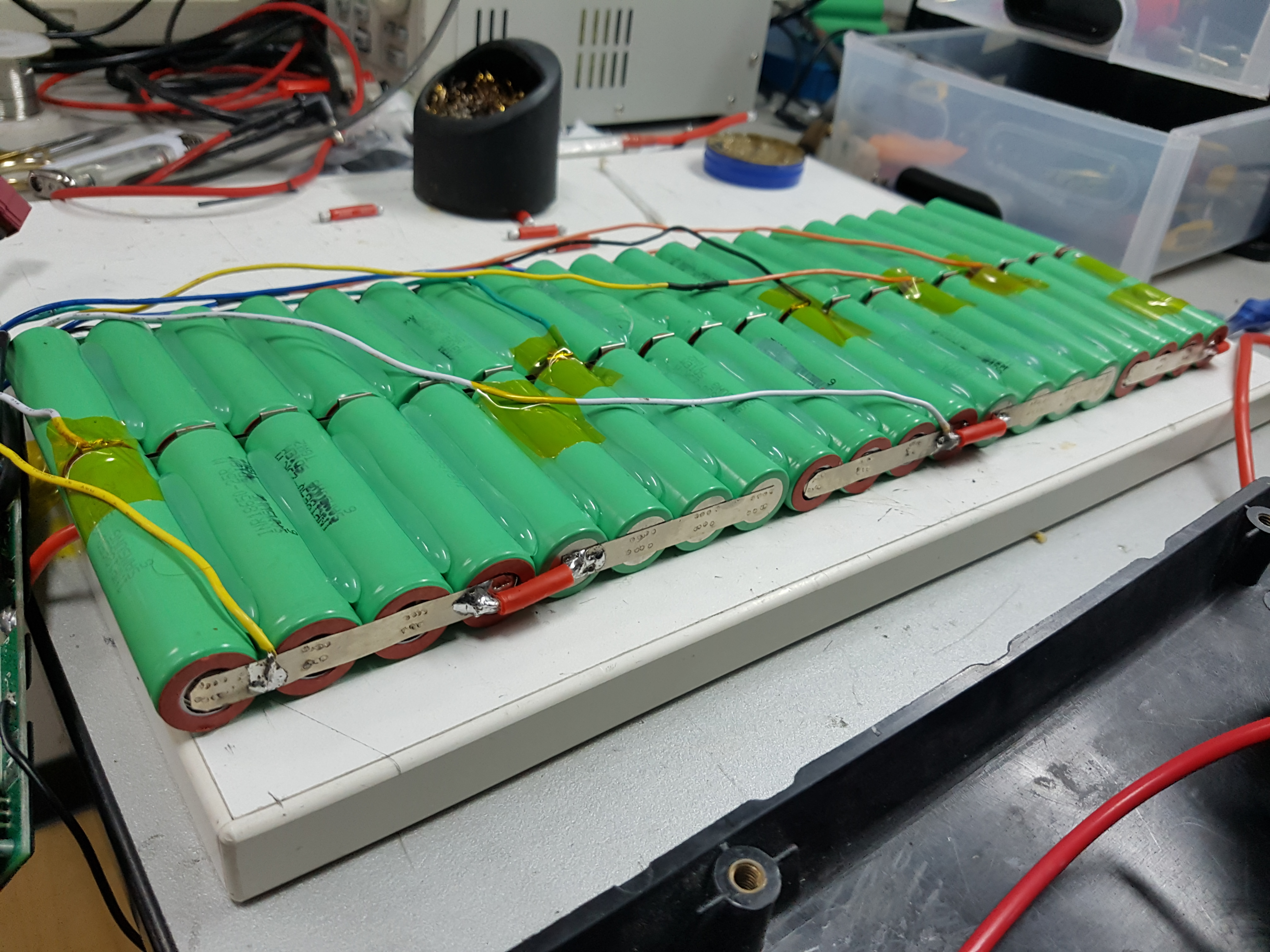 Ahh ok. Why did you use the method of folding the pack like that when you could have done a diagram similar to this?

Thats exactly how I have my 10s4P pack. a possible downside to this is that if you don’t have your pack 100% secure the two sides can possible come in contact and short. I kapton’d both sides and put some rubber in between to be safe, but it is a bit concerning

Cool, I like the idea of the design that @Eboosted is using because it eliminates that risk.

One question for @Eboosted though, can you spot weld the packs together on the sides instead of using a bit of wire? I feel like spot welding them would put less heat into the cells and maybe a bit stronger?

@smorto that’s correct, i used my method as I once had a short on my pack with your diagram, even thought I isolated the center with cardboard.

With my layout you eliminate that risk, the only downside is that need of a long positive wire to go back to the BMS, but that wasn’t a big problem, however it added a little bit of thickness to the pack, hope it closes good tomorrow.

BTW in regards the difference on voltage before and after the BMS, I found it to be pretty normal, once you connect the BMS to the ESC the pack voltage was perfect. So don’t worry if the unconnected battery has a lower voltage output.

Step 10: Use 180mm battery heat wrap to cover the battery

Just one more thing, could you spot weld the packs on the side instead of using silicon wire like you did?

Spot welding them will not allow flexibility on the pack, I wouldn’t suggest to spot weld them unless you have a Carbon GT deck, the Bamboo GT flexes and will stress the nickel strip in no time.

Ahh ok, the wire is to allow for a slightly flexible pack. If I have rigid deck though, I am fine spot welding them correct?

If your deck is 100% rigid I would say it’d be ok, however almost all decks even the rigid ones flex a tiny bit

Small video of the heat wrapping

Ok , do you have a video of how much your battery flexes?

I had to modify the enclosure to add 25mm of lenght in order to make room for the the 10S4P and BMS, I’ve seen people routing the deck to mount the BMS, but as I didn’t have a wood router and I have the ability to make enclosures it was easier to just modify it.

I am preparing to do this myself. Eboosted do you have a diagram for this pack design short of Smorto posted of the other design? Maybe just a drawing on paper

Hi, I found this topic when searching about how to make your own battery for an evolve board. I want to travel to India with my board but it seems the battery is too big to take in the plane.
My conclusion was that the best option would be to buy cells in India and make another battery there.
Can anyone confirm that this is the right cell?