Doing some Fall minimizing and have a few used items from previous builds for sale. Prices are in the item descriptions; pics below.

Set of MBS All-Terrain 100mm wheels. These have about 5 miles on them. They’re in great shape, but with a little cosmetic belt rash on the insides. $70 on Amazon plus shipping. Selling for $45 plus actual shipping to your place.

Hi5ber Raptor deck & Psychotiller Enclosure Combo . I loved this deck. I use to run it as a 4WD hub, but when I switched to belts, it just wasn’t long enough for 4 motor mounts (2 would be fine). It’s super light weight and very agile. Lets you lock in your feet, really well. It has almost brand new Vicious Grip Tape on it. It also has a Psychotiller enclosure that I heat molded and trimmed to fit the deck. The enclosure could use a little TLC, in the way of ABS glue on one of the screws holes. I over ratcheted and cracked the flange, trying to stuff too many components inside, for the 4WD. The deck itself is in pretty good shape, but it has been drilled, here and there. I filled in most of the unused holes in it with epoxy and sanded it down. Perfectly functional. The only extra holes are from where I extended the wheelbase. The enclosure has an LED power switch and charge port already fitted. That LED lights up white. New, that deck is $230, the enclosure was $60, and the electrics were around $10 or $15. I’ll let the lot go for $200 plus actual shipping.

10s3p LG HE2 25r - ON THE FRITZ. This was a Torqueboards 10s3p, purchased circa mid 2016. I wanted to use my own voltmeter and power switch so I busted it out of its original shrink-wrap and hot glue mess, added said components and re-wrapped it, in clear shrink. It worked fine, and has very few cycles on it actually. The problems started when I stored it for over a year. When I came back to it, it wouldn’t charge to 100%. I think the BMS is toast, for one thing, but it may also be out of balance or have a bad cell in a group. The last thing that happened, was when I bridged a couple of the BMS leads when trying to check the voltage, and caused some burns (see the pic). See photo for last recorded voltages, on night of the BMS short. I don’t currently live in place where it would be responsible to try to work on this pack, with my intermediate battery knowledge. I’d like to get $100 OBO, if someone wants to take this pack and harvest the cells or can bring it back to life. DO NOT buy this if you don’t have the skills to do that. Danger. 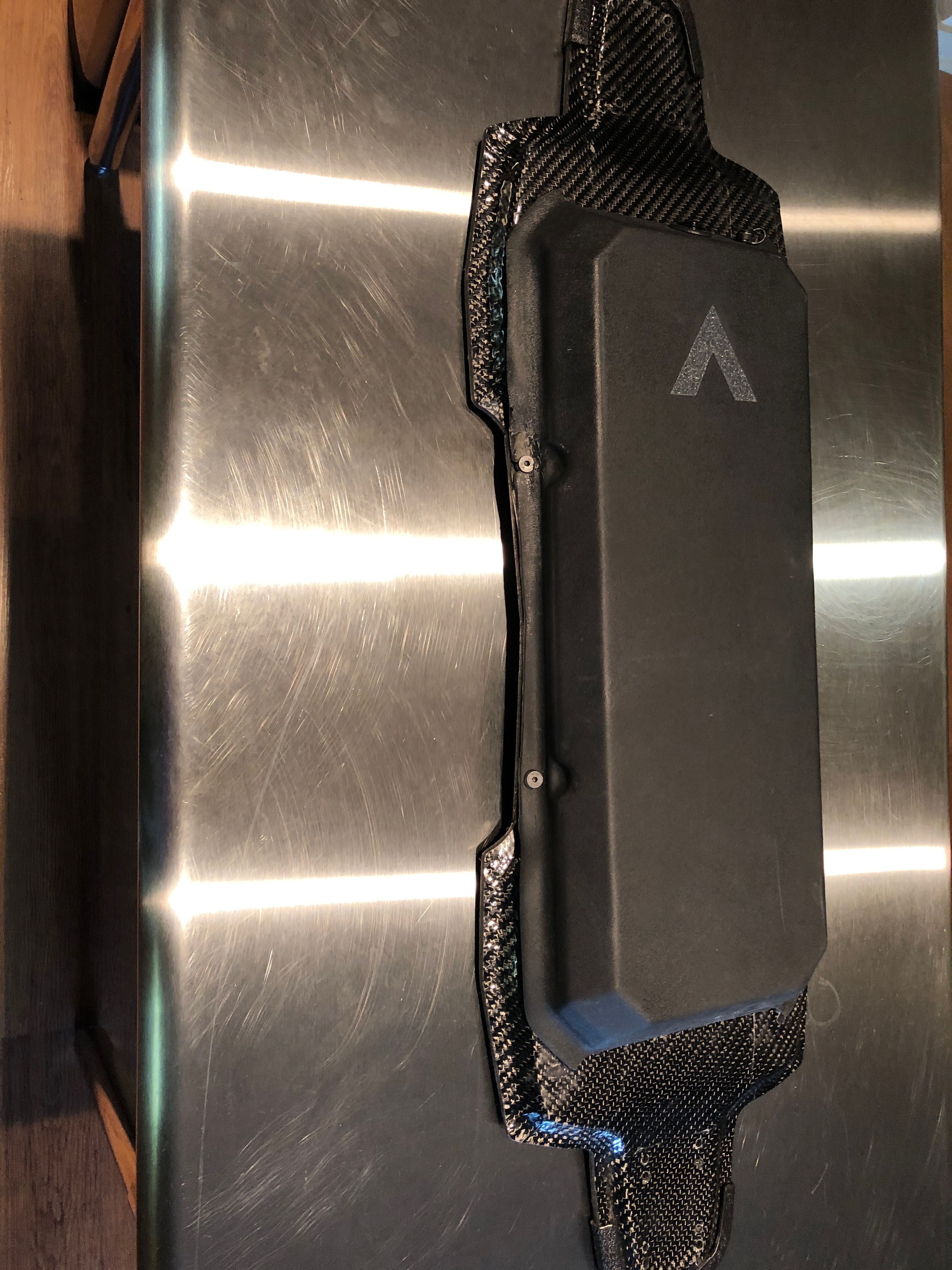 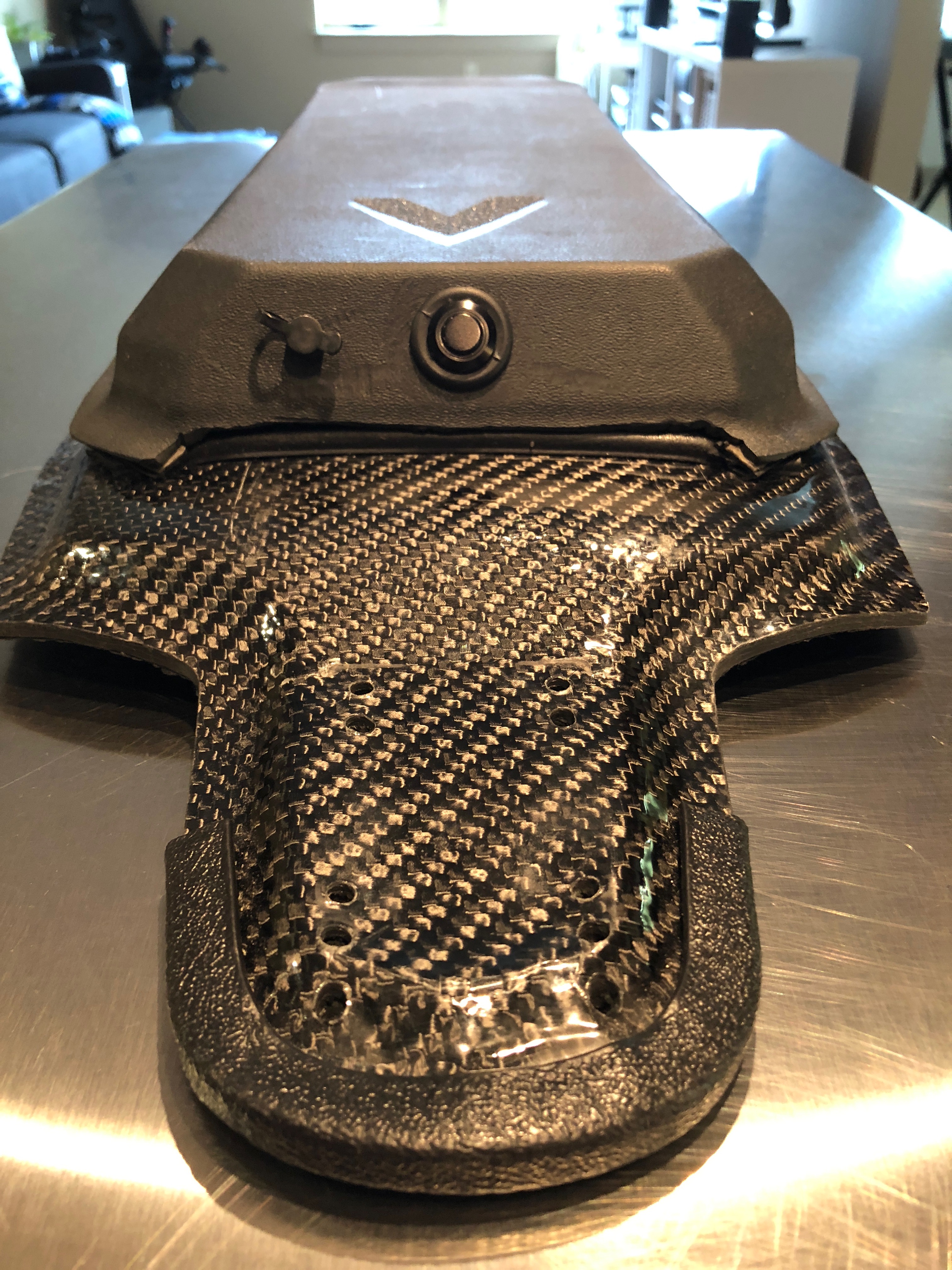 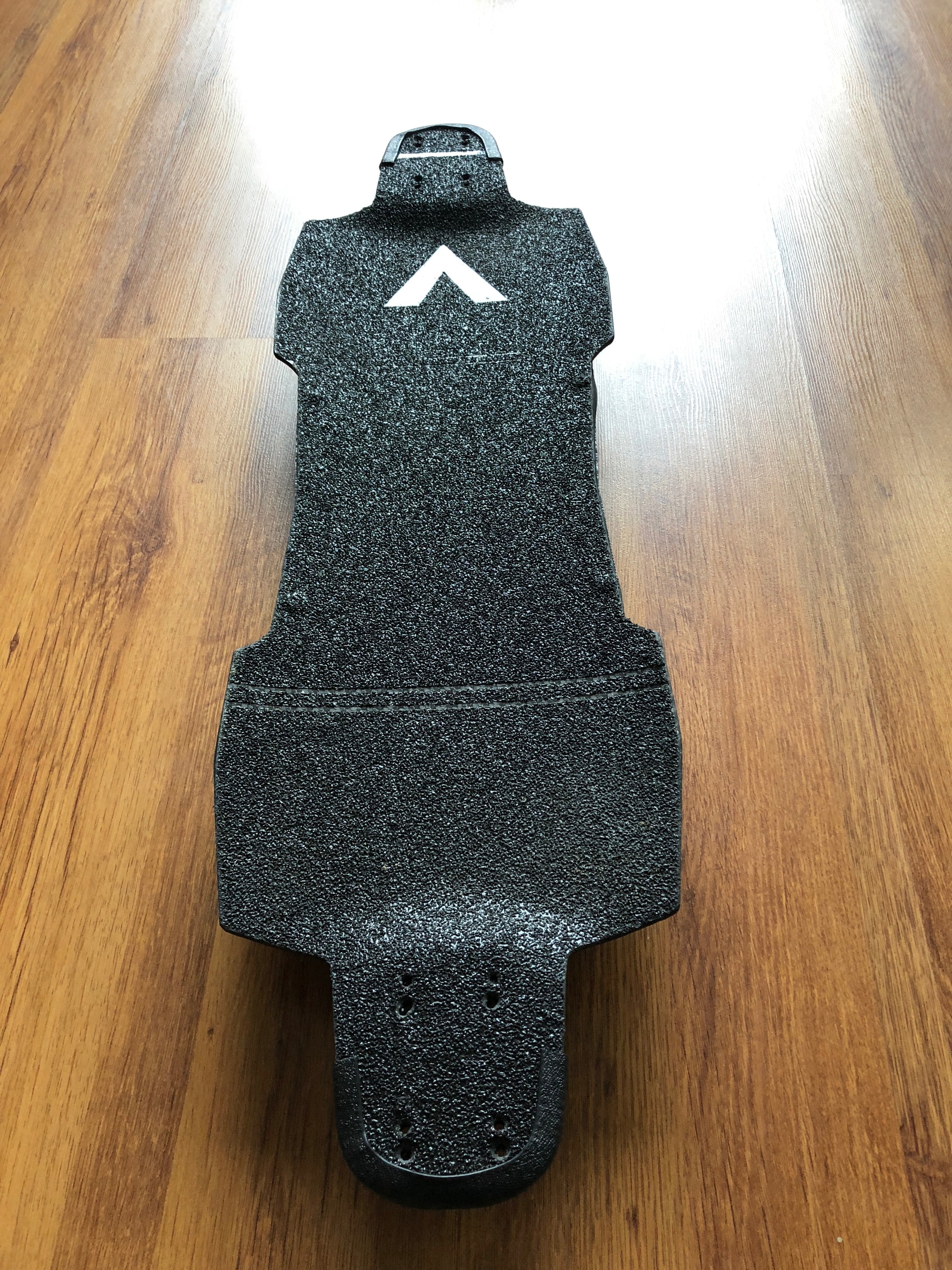 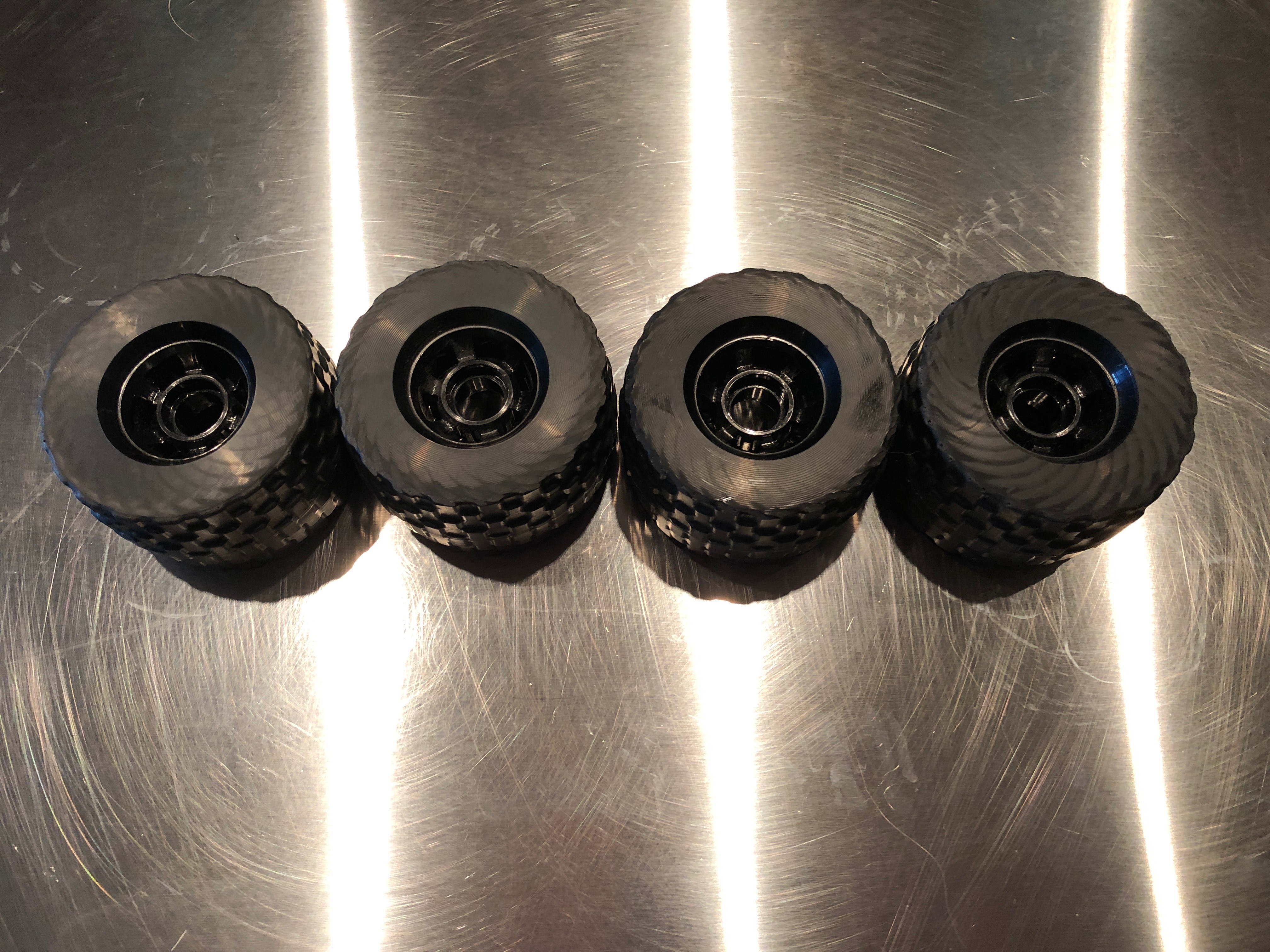 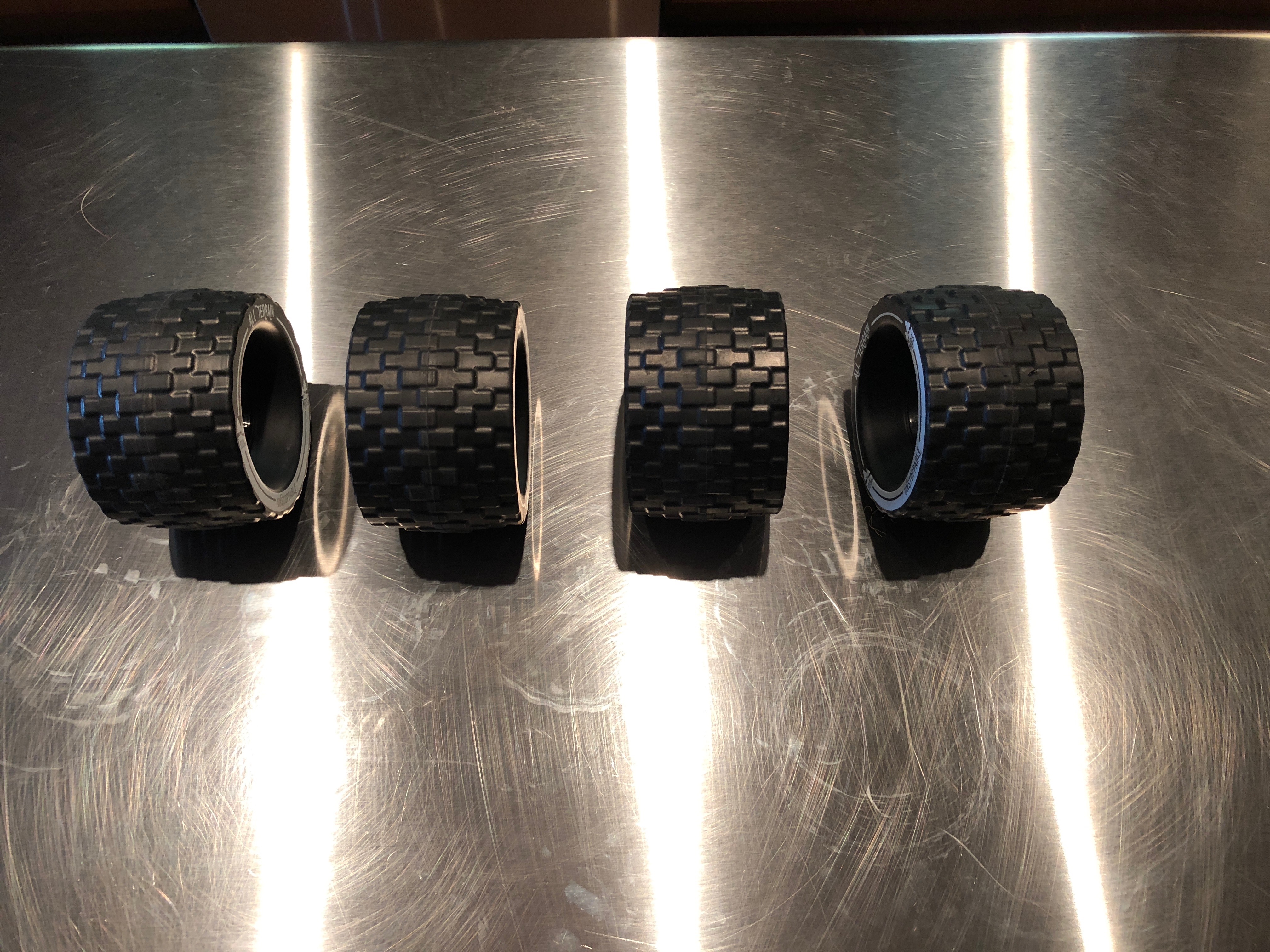 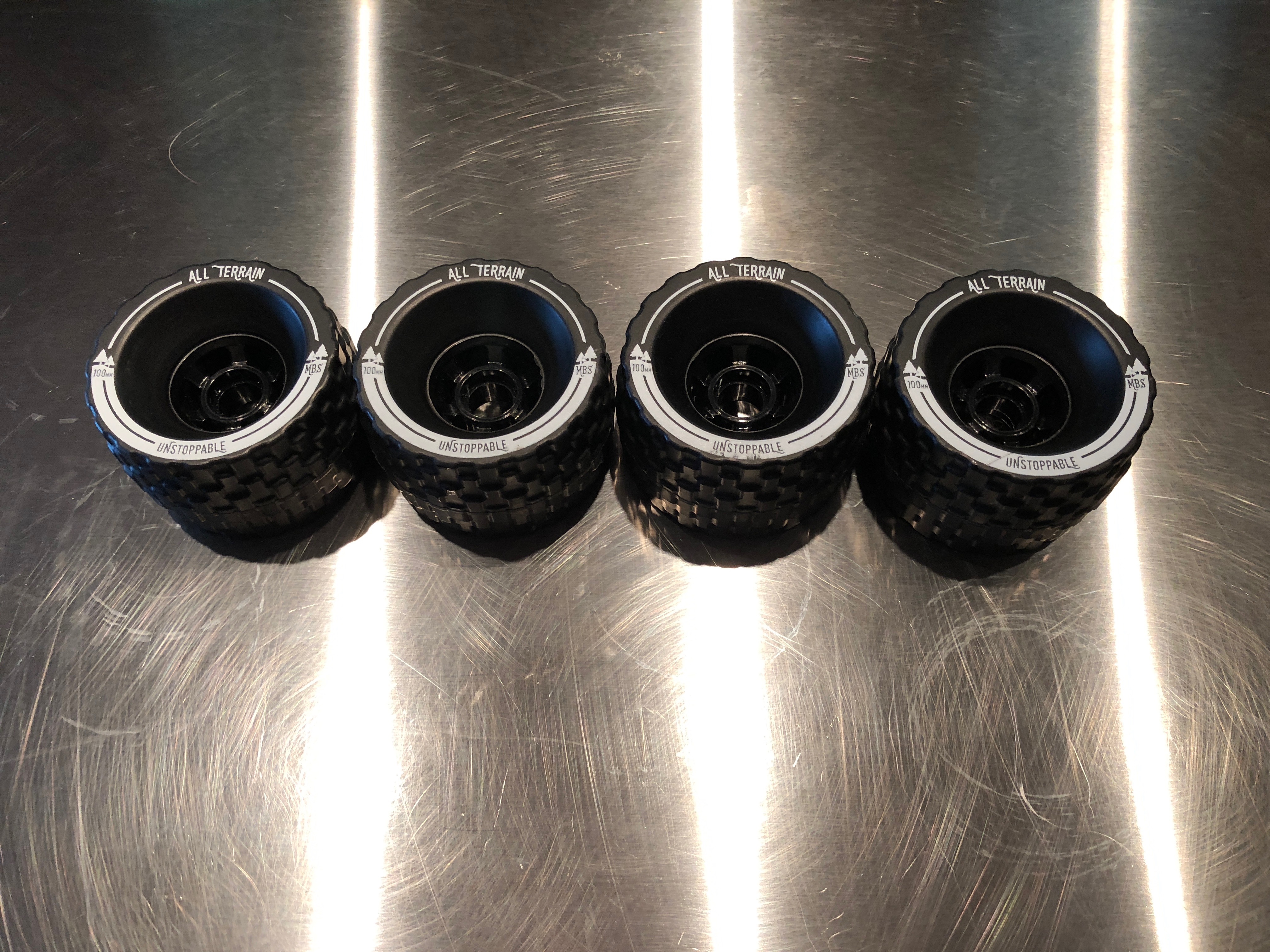 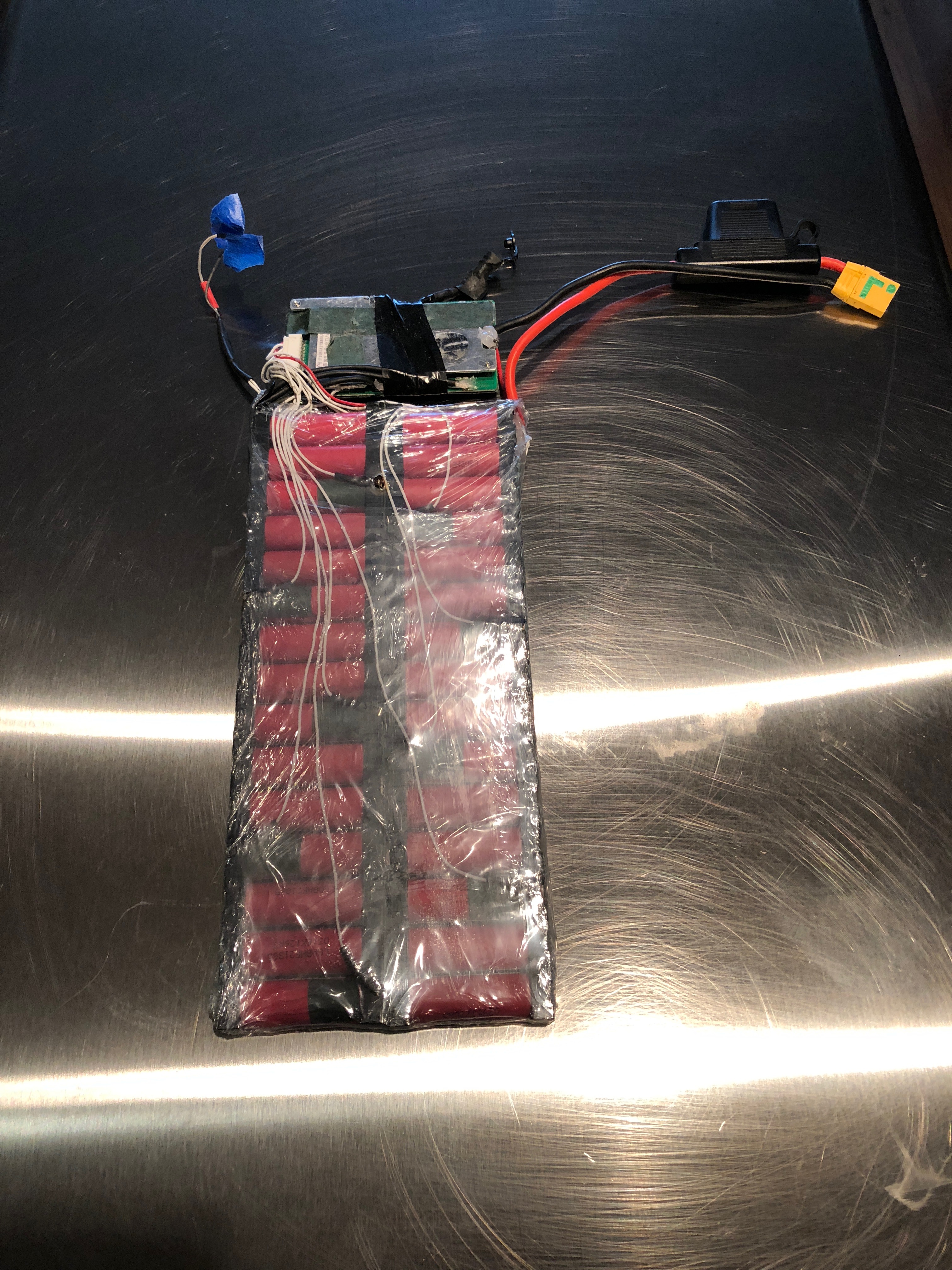 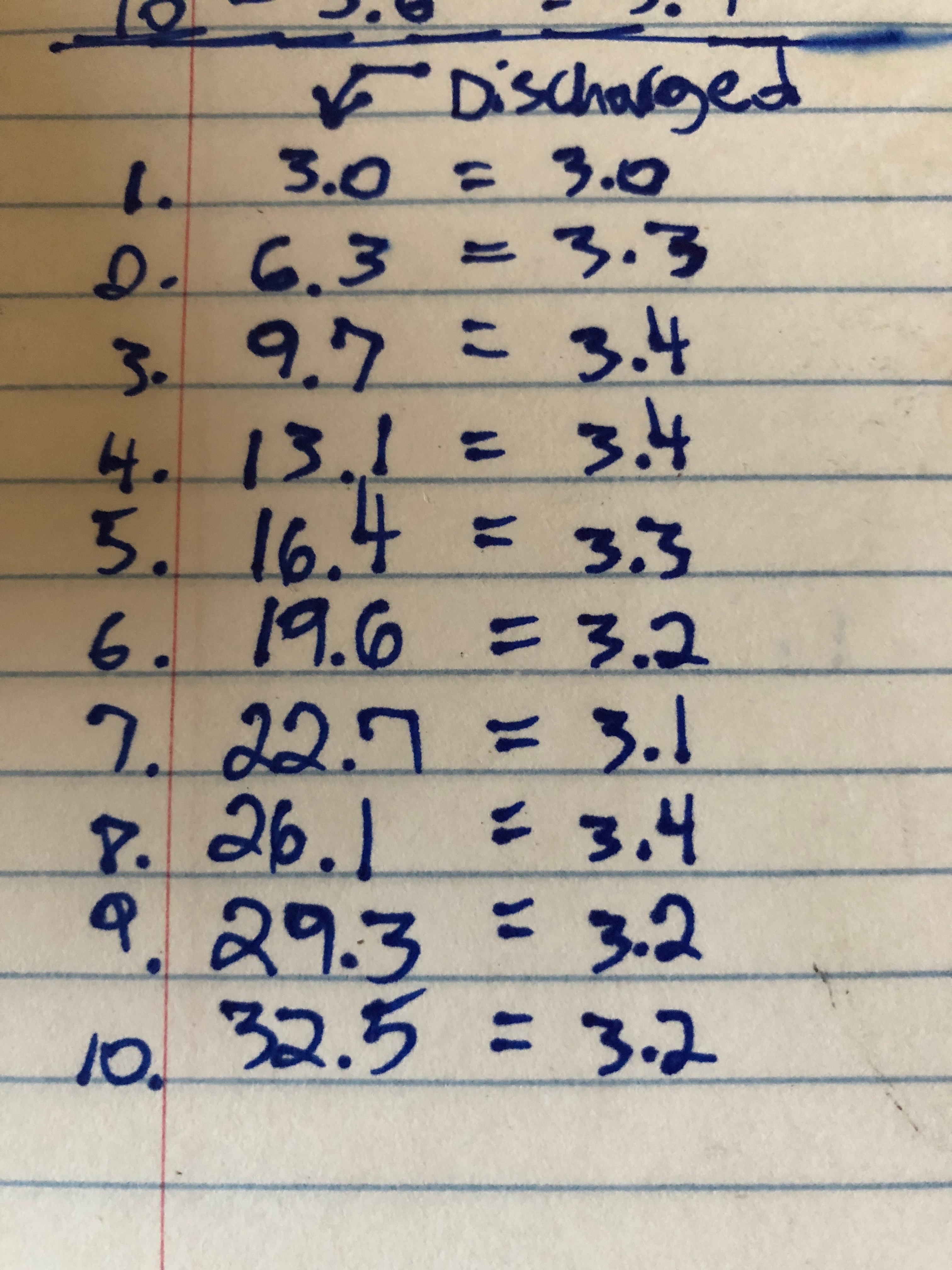 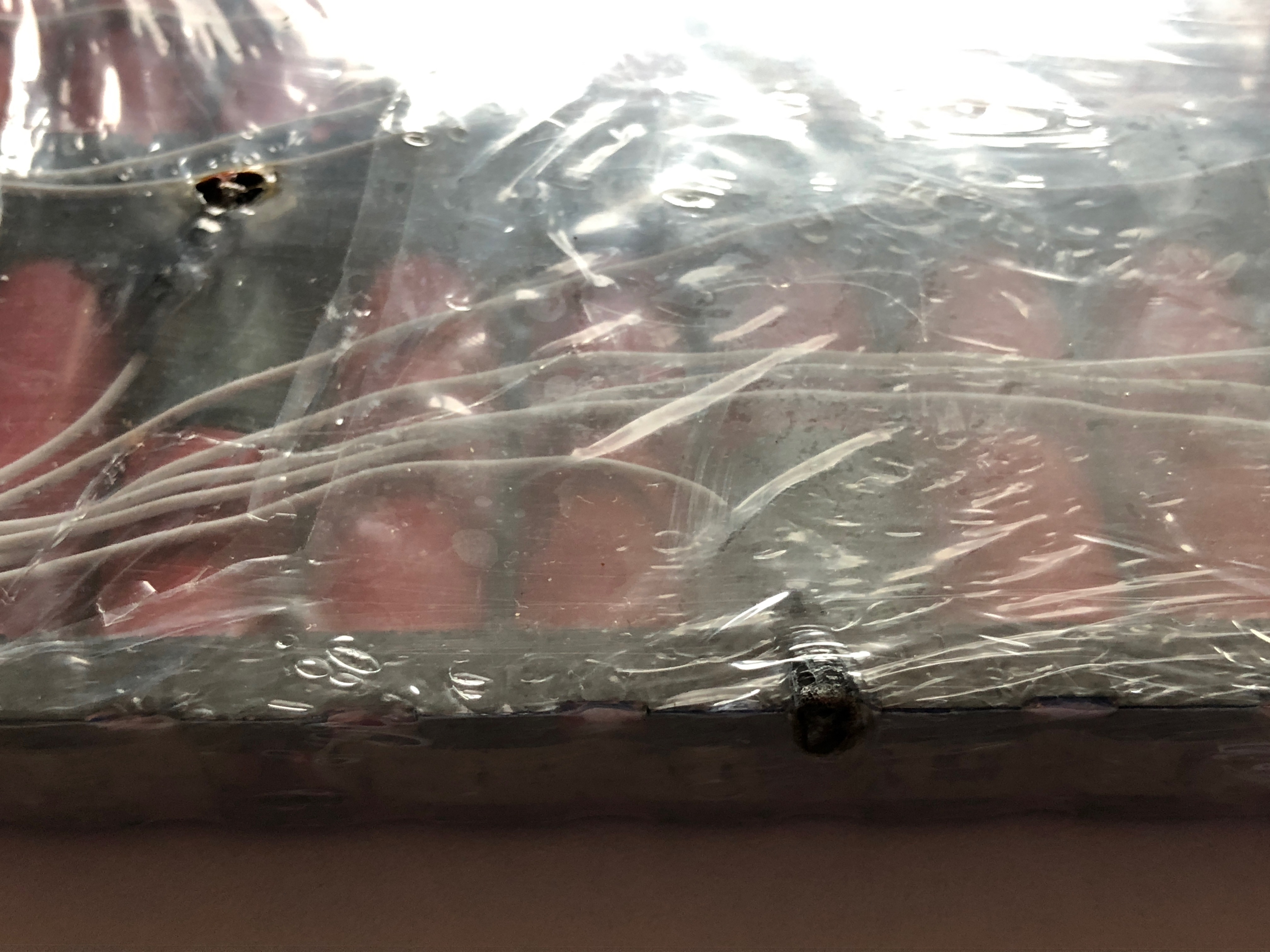 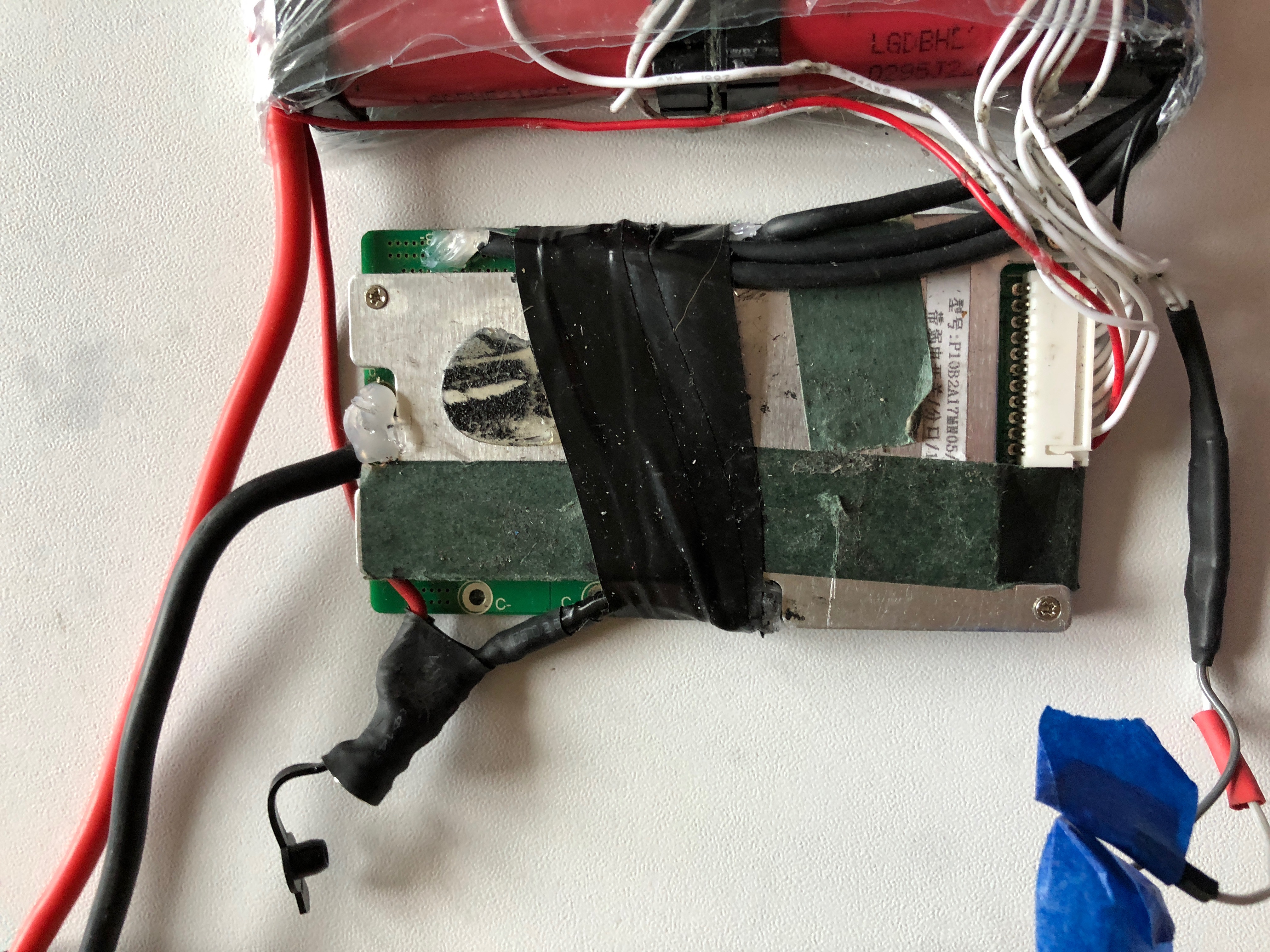 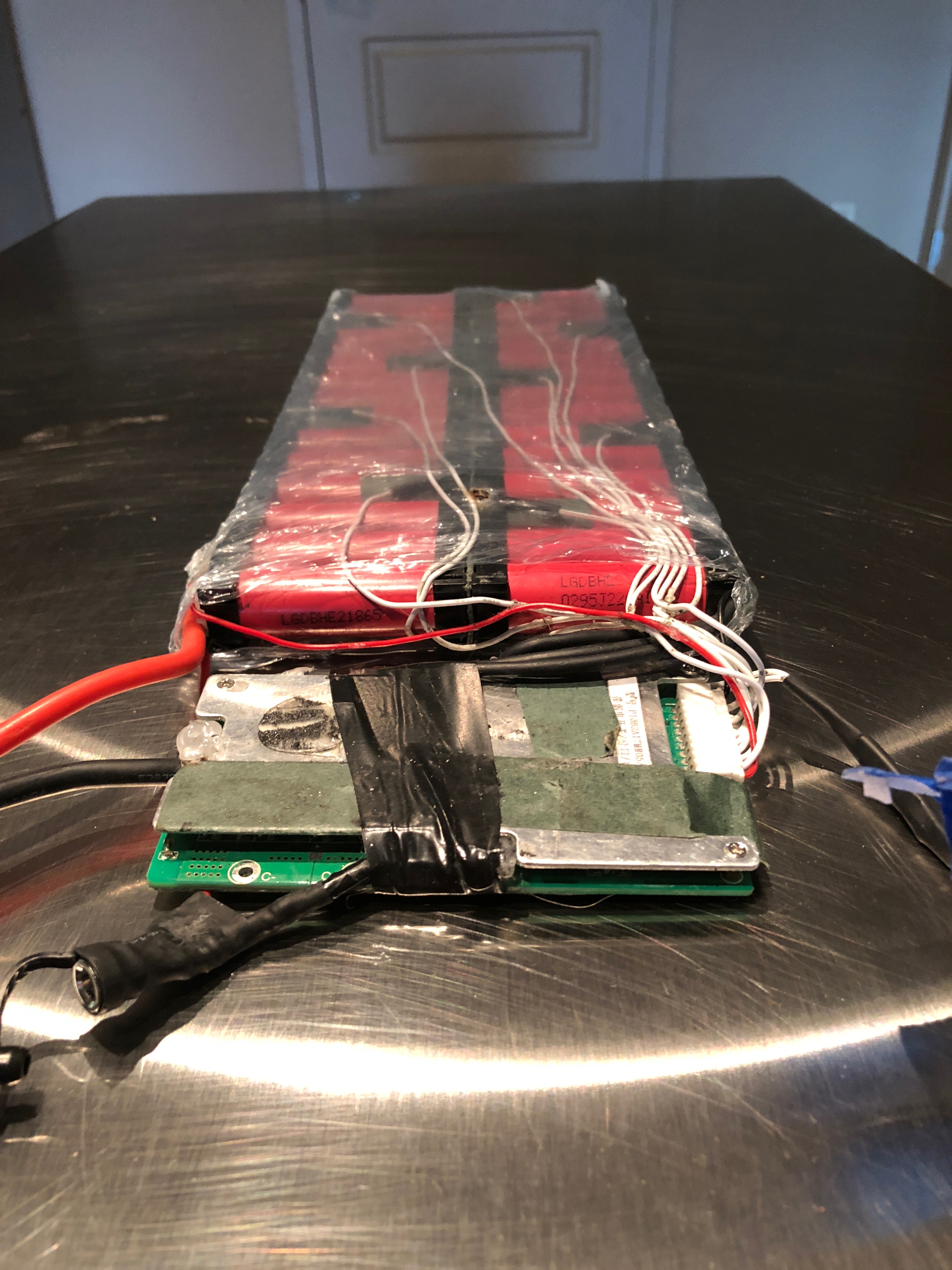 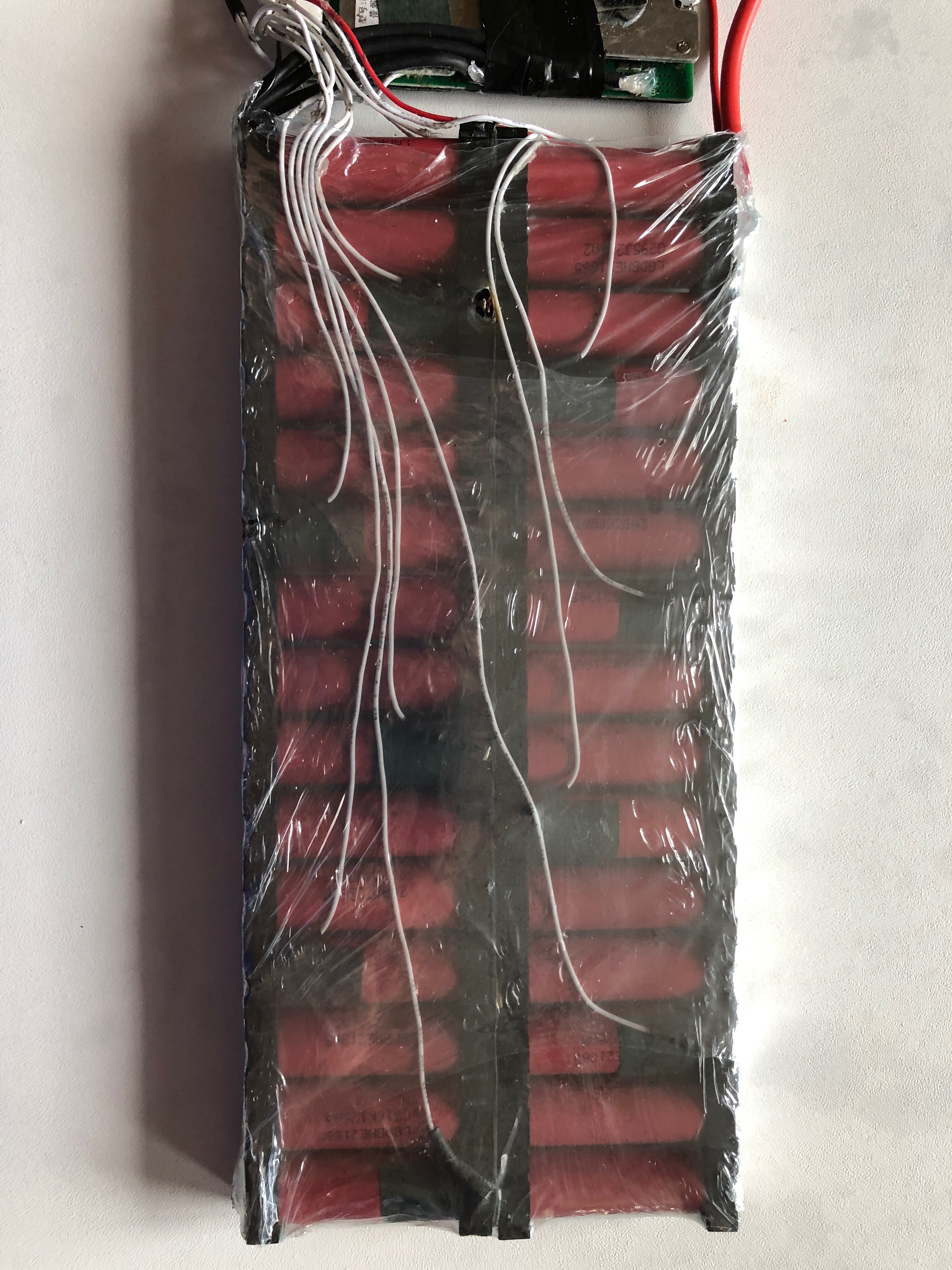 Where do you live? I am interested in the wheels

I’m in the south eastern USA. Shipping $ might kill the deal for you.

I’m in the south eastern USA. Shipping $ might kill the deal for you.

I meant where in the southeast as I am from here as well. But thanks?

I am interested in the wheels. What is shipping to New York?

PM if you want them.

Still have this stuff. Taking best offer on that battery. I have removed the 80A fuse from it. I needed it for my build.

Still have this stuff, - price reduction: I’ll sell the Deck, Enclosure, and wheels all together for $200 plus shipping. That’s a good start on what could be a premium esk8!

This is a great deal boys. Just the carbon deck alone is worth $230!! I cannot jump into another build right now (is already crazy as it is, post BF, hollydays comming and all) but in another time, moment and budget it will be a no brainer. C’moonn guys, $200 for the whole enchilada and is a Hi5ber !!!

Interested in wheels. How much for shipping in Ireland?

If BillyBoy doesn’t take the wheels I will!

Is this deck a “Heavy Duty” or regular? I might be interested but with battery and backpack I’d be well over 200lbs

When people say “with a backpack” what are people carrying in their backpack that they carry it around for every ride? Hopefully it’s consistent because I’m curious what I should be bringing with me when I go riding

Depends ; if commuting one might bring a laptop and documents, maybe groceries when off duty ; add a charger if you go on longer trips and skate tool at minimum just in case.

On practice basis I carry a pair of shoes and a water bottle + T tool at least. Backpack is also used to store my pads, gloves and bucket helmet + headphones.

That’s one example of many on why the backpack!

Very nice, also, are you armenian? Your last name is the same as my Armenian friend