I’ve been riding the Torqboards setup i purchased from diyelectricskateborads for a month now and yesterday when i plugged in my battery (6s lipo) via XT90 to the vedder vesc @chaka i heard a small spark sound and the vesc didnot turn on.

This is bitter sweet since for once i was very dissapointed with my vesc faulting on me so fast but 2ndly i was happy to realize its the capacitors and that this vesc could be saved.

Question is, how to i solve this safely? can i go to an electric shop and get new capacitors of some kind and rewire them trough?
Any suggestions?

I’ll be posting the thrilling video of my issue soon

i did a visual check on the capacitors, they look well in all connection point but when checking the outlet from them to the vesc there is no current passing.

Check the traces on the PCB where the caps are soldered on.
If there are any Burn marks on it, it may be the easiest to just change the complete capPCB 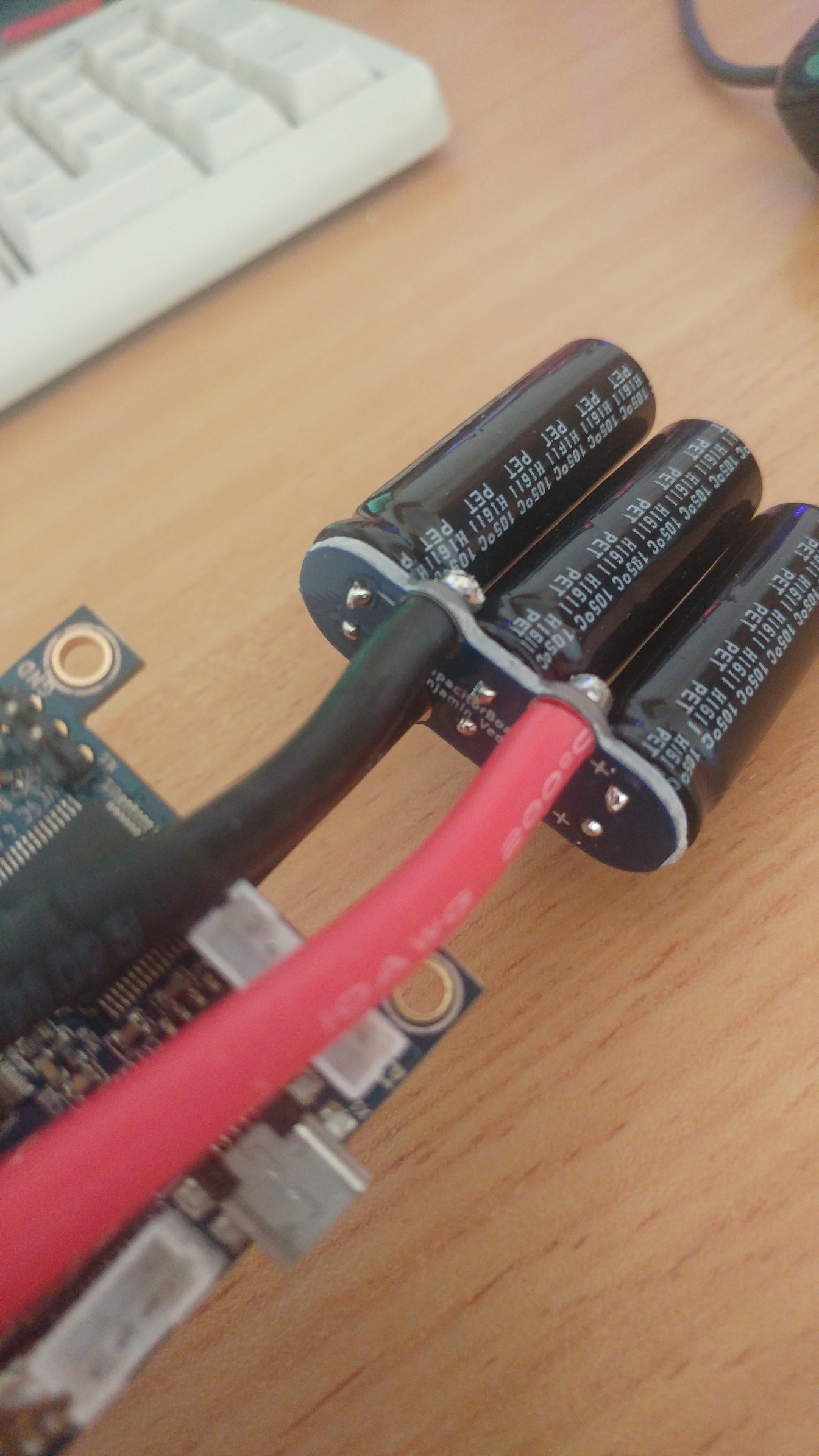 ive attached a one cell 3.6 battery to the output of the capacitor board and there is one blinking blue light from the vesc yet it is not recognized by the pc.

Check the impedance of the 3.3V rail and 5V. My guess is you have a low impedance on the 3.3v

@blasto im not sure how to do that, can you explain on the vesc pic maybe?
and lets assum your right, whats the solution?

Need to send it in for repair… should be fairly easy fix. where are you located?

im not sure how to do that,

Take a multimeter, put it in impedance (resistance, Ohm) check the 5V to gnd and the 3.3V to gnd. while the vesc is powered off. Both voltage rail should be identified on the silkscreen near the connectors.

and im from israel, if its an easy fix maybe i could do it myself? 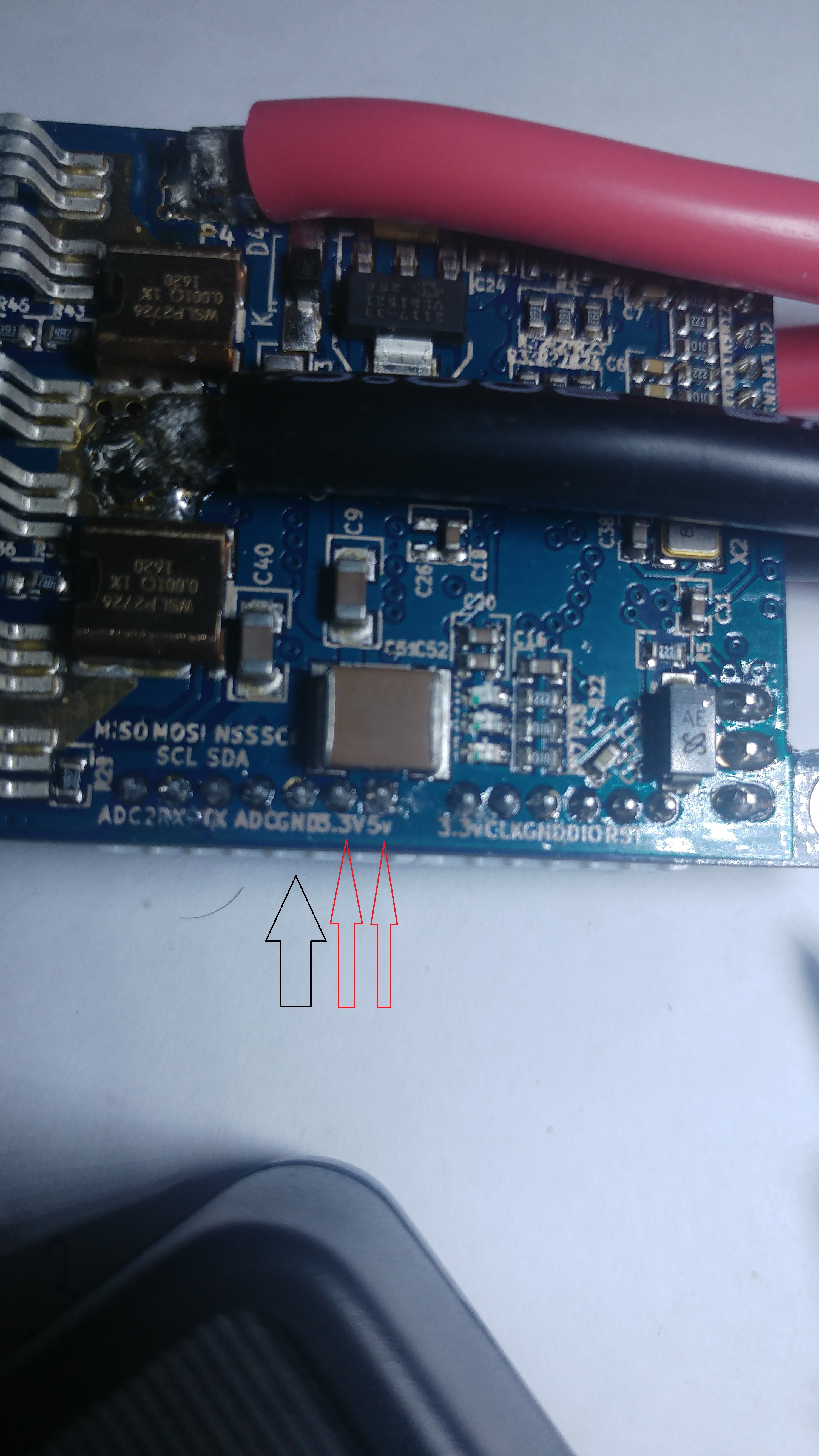 If i understood correctly, than the read for the 3.3 on resistance 0.1

You have a short circuit on the 3.3V rail, most common component that is prone to fail in this case is the can transceiver, U401.

If you are able to remove it (without destroying everything), measure again, you’ll notice a much higher resistance

im afraid im incapable of doing so. is that the only solution? removing/replacing it?

If you are able to remove it (without destroying everything), measure again, you’ll notice a much higher resistance

im afraid im incapable of doing so. is that the only solution? removing/replacing it?

Well the more destructive method would be to use some flush cutters and clip each leg of U401 off… Then again, i’m not 100% sure that this is your problem.

so who you said could help?

maybe you need to ship it back to @torqueboards. 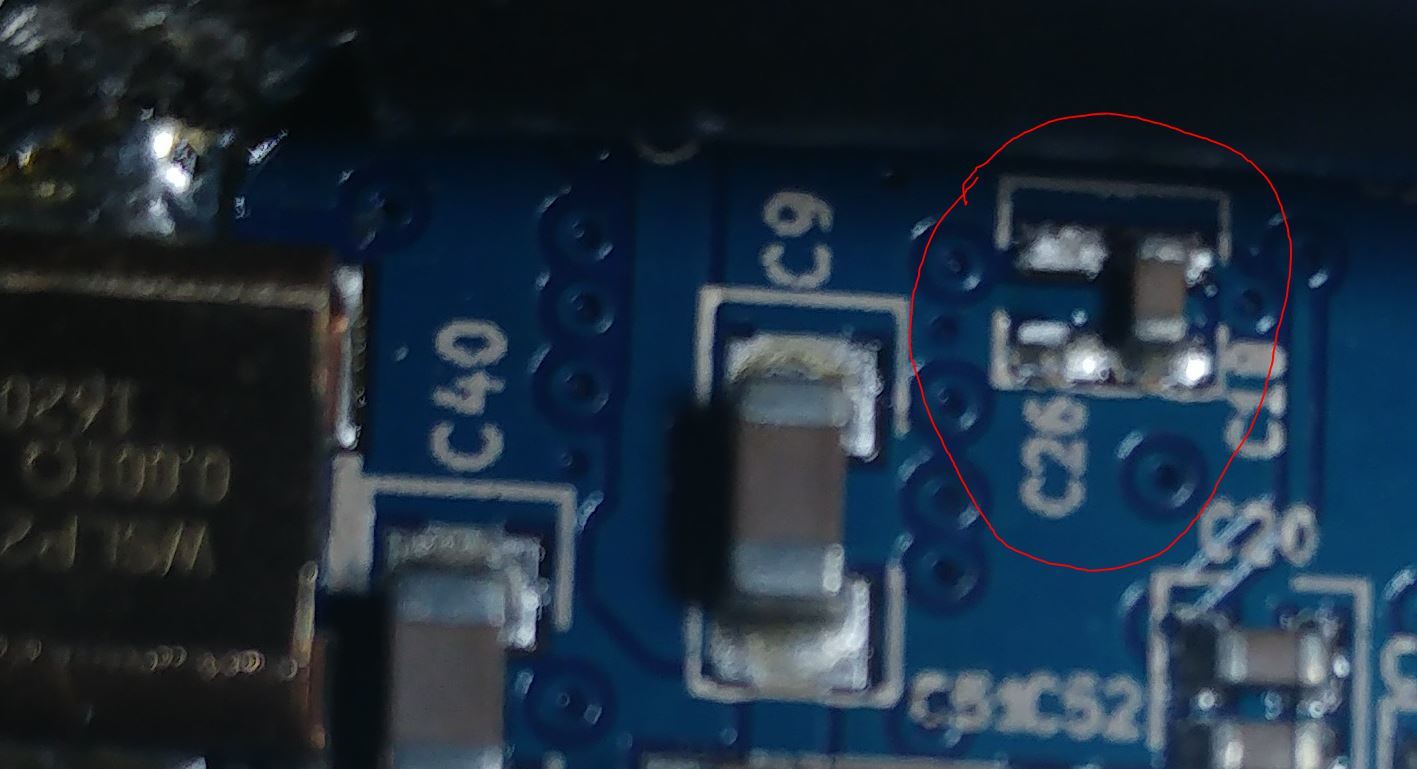 well it is not really relevant, it for FOC purpose and had been added on the 4.12 version. So @Torqueboard probably use the 4.10BOM on 4.12 PCB, nothing to really worry about except for FOC.

also try this to check the can tranceiver

1- You need to put the Multi-meter in diode Check mode. (should be a symbole similar to this one) [image] 2- Check if you get a beeping song when touching de lead together. (or if you don’t hear any sound check if the multi-meter show 0000 or something similar) [image] 3- Use the c25 capacitor to see if the 5v is short to the ground (it is the easiest part to access for checking the 5v to the gnd) [image] 4- If you the doesn’t get the same result as touching the lead together, GOOD New th…

also try this to check the can tranceiver

I did the test you showed, the results are that i get a steady current on the c25 as you can see in the video
and when diods touch eachother they go wild and unsteady

what do you think?