I have a HK Sk8. I was running it in FOC and it was working fine. Changed deck, trucks and mounts, setup again on ackmaniac tool but this time I wanted to use BLDC because I felt it had better braking “umph” than when in FOC.

Plugged it back in, and everything seems to be working, except it doesn’t detect motor. Bad detection results.

Here’s a GIF (EDIT: there’s a long pause after hitting the Play/Detection button):

It doesn’t show any results and checking RT data, those are the things that show up. It doesn’t show any type of fault. On the VESC itself though, I’ve noticed I’ve not seen the red light show up even once when it used to before when it was still working.

I thought it could be the motor (Sk8 6374 192kv), used a different ESC all with the same settings and everything works in FOC and BLDC and no problem in detection.

Any ideas on how to get this fixed? Or is it even still repairable?

Re-upped. Thanks for the heads up

Isn’t detection only for foc and hybrid mode tho…

No, your confusing Sensors / Sensor-less and BLDC / FOC

sensors just tell the position of the motor, hence being able to start with sensors from standstill and a higher efficiency since the vesc can better time the intervall to accllerate and waste less energy. Also it gets quiter.

Thanks for the clarification. Any idea though what’s happening with the ESC?

where did the smoke come from? vesc?

Yeah from the VESC 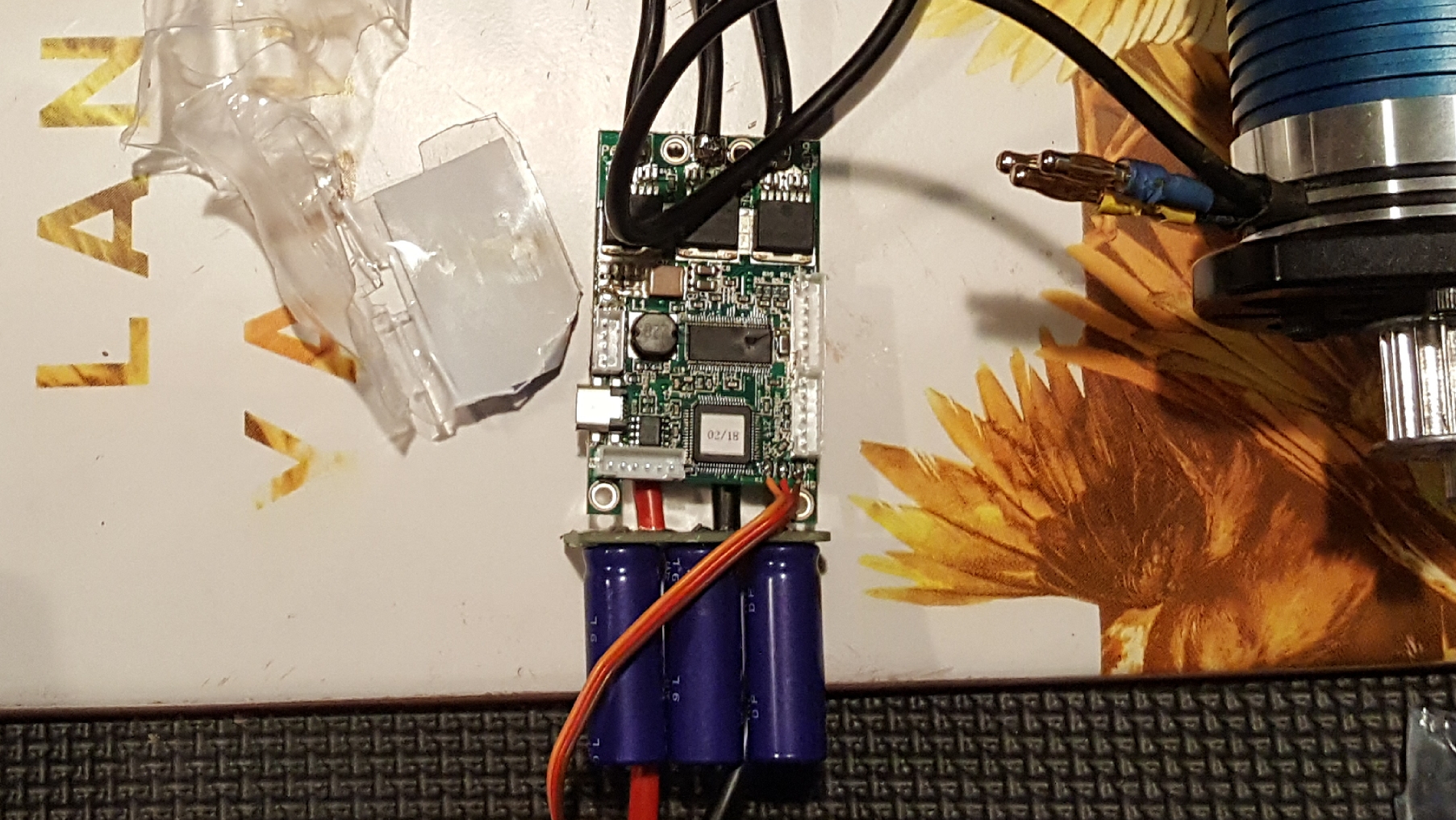 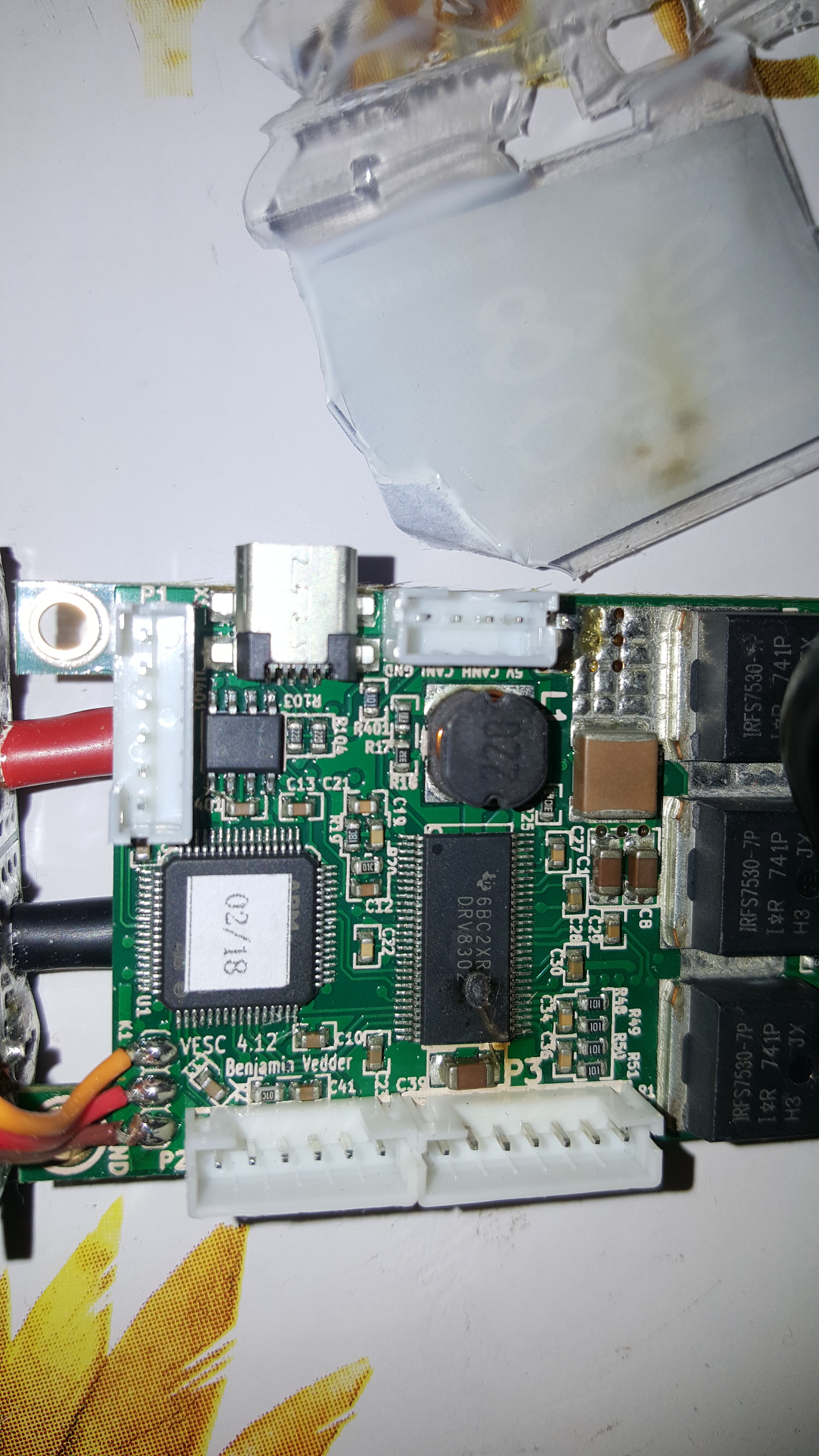 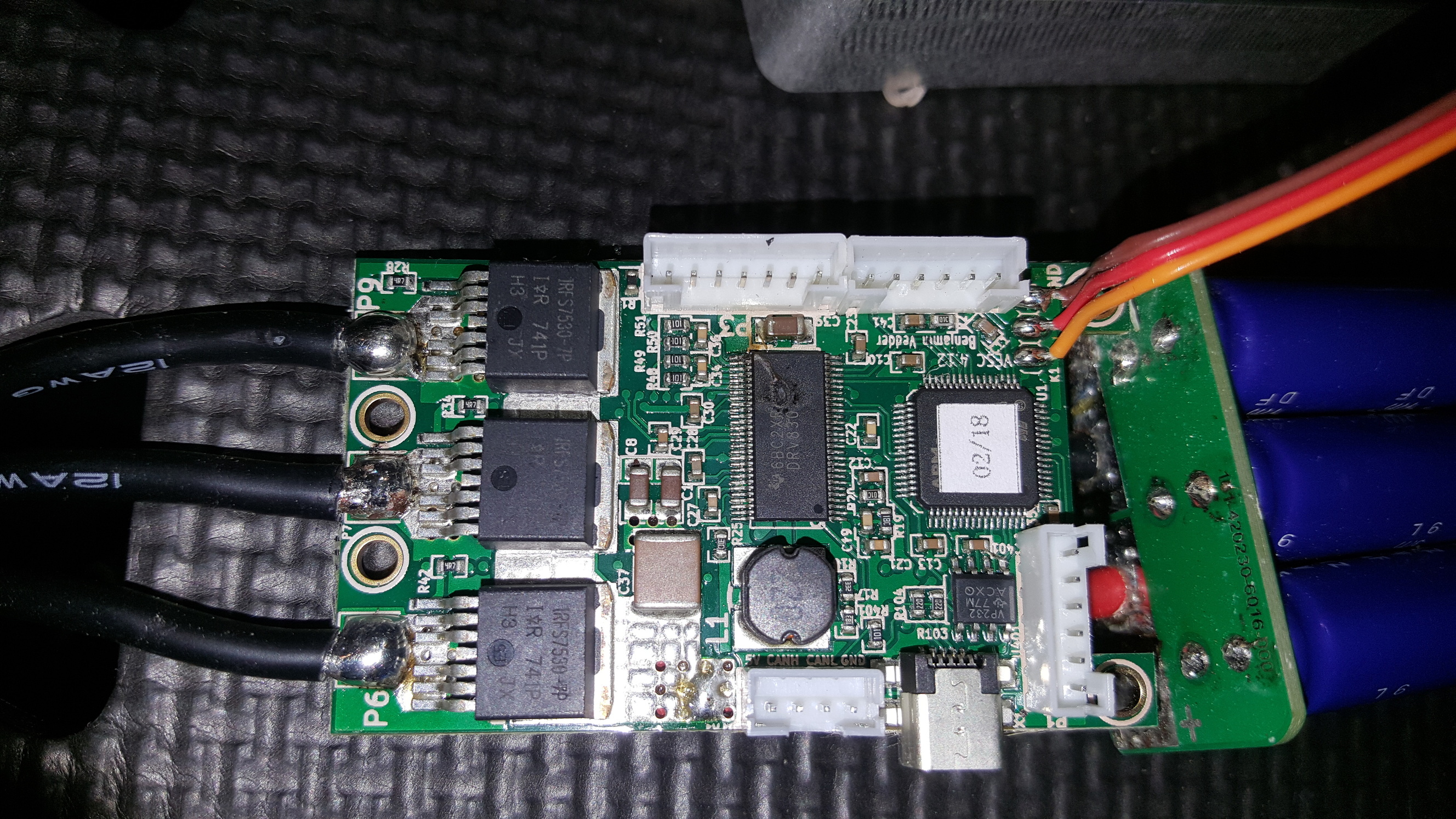 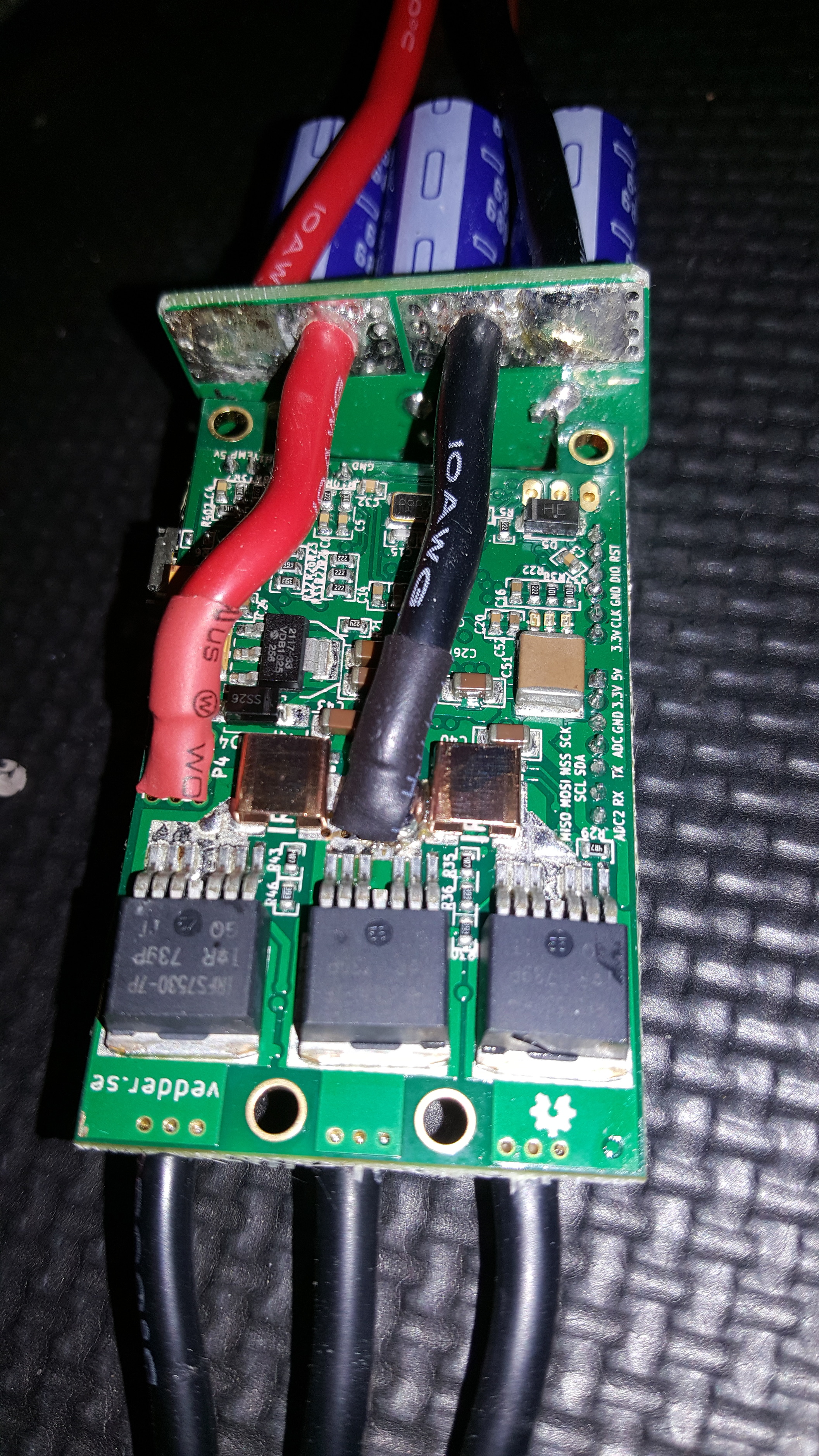 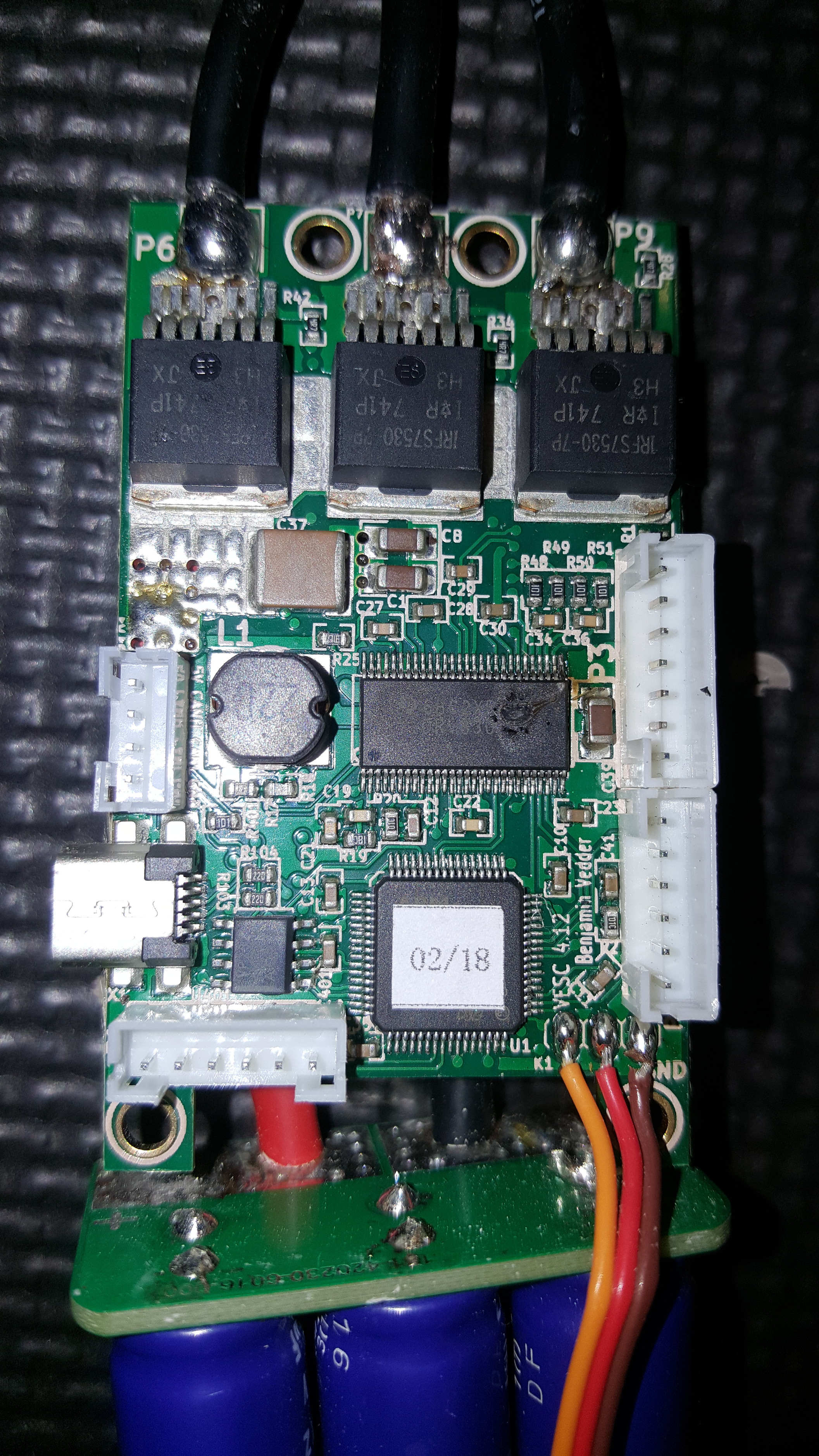 I’m no expert but it looks like that drv8302 got BBQed. Is it something I can fix. Any links of videos or instructions on how to do it?

you can replace it, but it is not an easy task. just search here and on youtube

Can’t seem to find them in stock