My vesc won’t break at high speeds (15-20+mph), but does around 10 or less. It’s running ackmaniac 3.10 firmware, but I doubt that’s the problem. I hooked it up to the console and got over voltage errors when braking. I have a single drive 190kv setup with a 12s lipo setup. Max volts is set to 57v.

I put Regen breaking at 1.5a, and it doesn’t over volt anymore, but braking is almost non existent at that point.

From what I’ve read, I don’t see why a 12s setup would ever go over 57 volts unless braking downhill. But it happens when bench testing and no load, seemingly regardless of battery levels (tested between 4.2-3.8v per cell).

Do you use a BMS for discharging ?

Highspeed braking is mostly influenced by battery regen, the lower the value the stronger the braking force, yours is quite high

No I don’t. I use a balance charger for charging though

Really? I had the brake all the way on and it barely did anything. Can you explain more?

i had the same problem when i first got my vesc. Well look at it that way. Braking with the motor generates amp flow back to the vesc, but the capacitors are not endless, so where does all the current go…to the battery it goes, so the more the vesc is allowed to feed back into the battery the better it can brake…to an extend. What battery do you have? Type and capacity?

I have three 4s 5000mah lipo batteries wired in series to create a 12s battery.

So you are saying that if make battery Regen a positive number it could fix it?

no. regen stays negative. what is the max charge current the battery can take? i guess 2C?

Since you have a 5Ah Battery with 2C charge current max you get 10 amps max charge current. And you can add a bit extra so around 13-14 amps regen. So -13/-14 amps in setup. It gets confusing here. Some people use the right terminoligy, like in math and others describe the number in context…confusing.

just remember single drive will always be weaker on the brakes, depending on belt, driver weight and decline/incline

Guess you have a BMS in the discharge cycle. Kick it out and only use it for charging with a power supply.

I don’t have a BMS at all. I use a balance charger seperate from the board to charge the batteries, but nothing regulating discharge.

If I put it any lower than -1.5a, I get the over voltage error. I got confused. So if I go -2 or further the error is triggered.

I’m planning on upgrading to dual asap, this is my second board because the first one was destroyed. I’ve definitely seen the light

Putting it to 10a seems to have solved it. I’m not entirely sure what the difference between now and then was, but I will go for a quick ride and see if it works under load. If it doesn’t work, I will post the screenshots.

-10a sorry. Yeah it works now, brakes about as good as they can be with a single motor setup. Very strange indeed.

Nevermind, it’s doing it again. These are my settings. 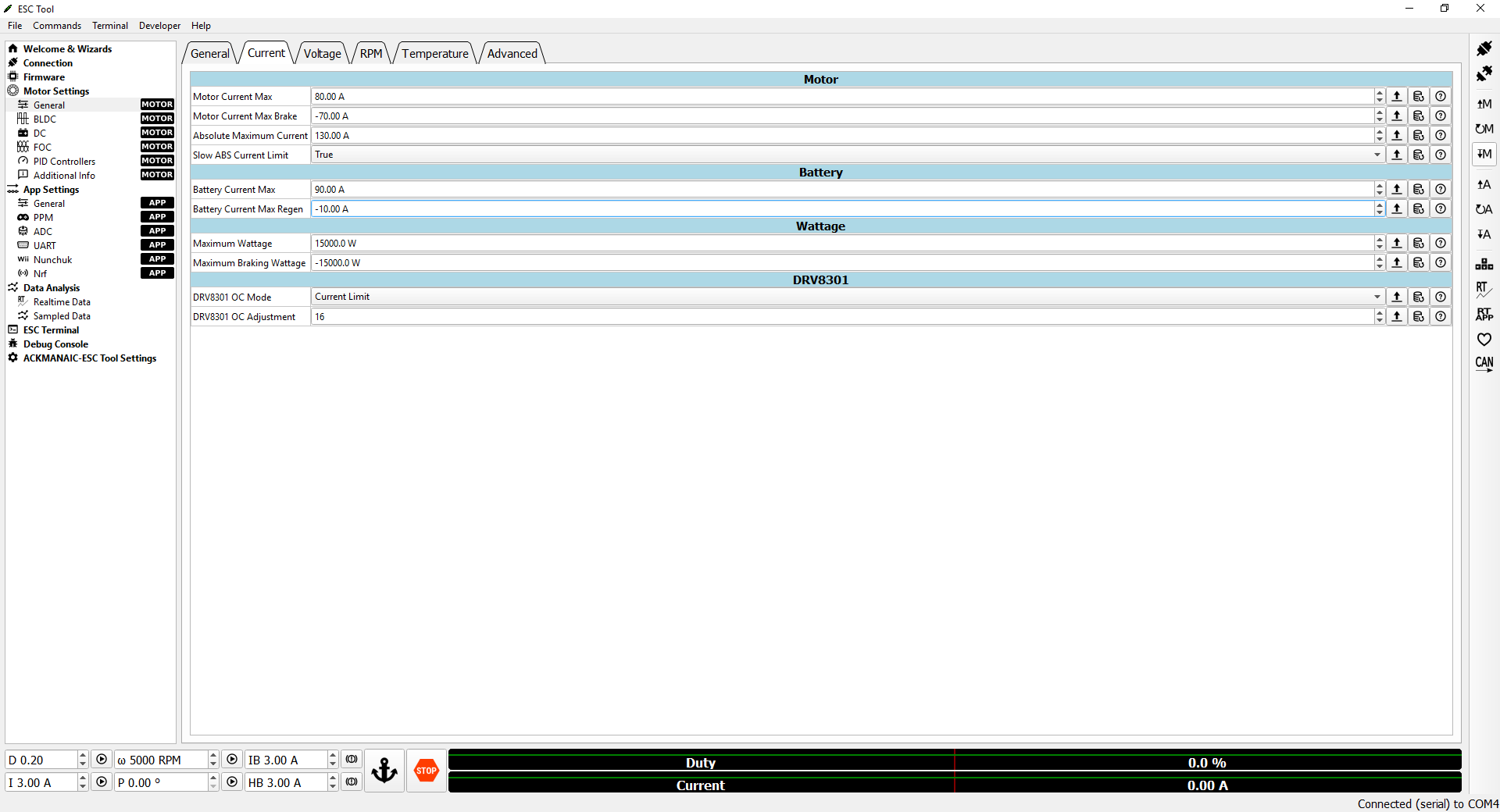 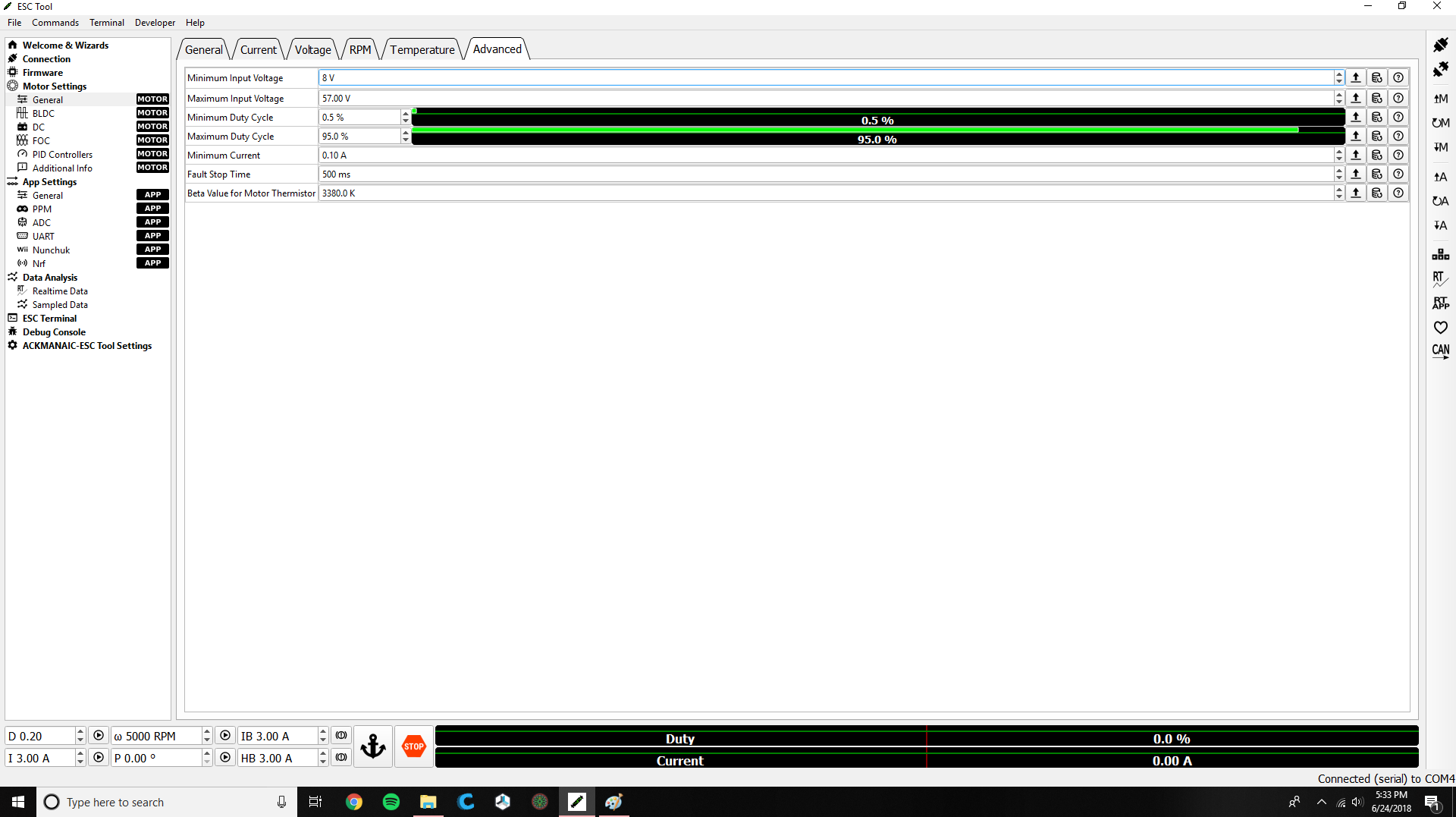 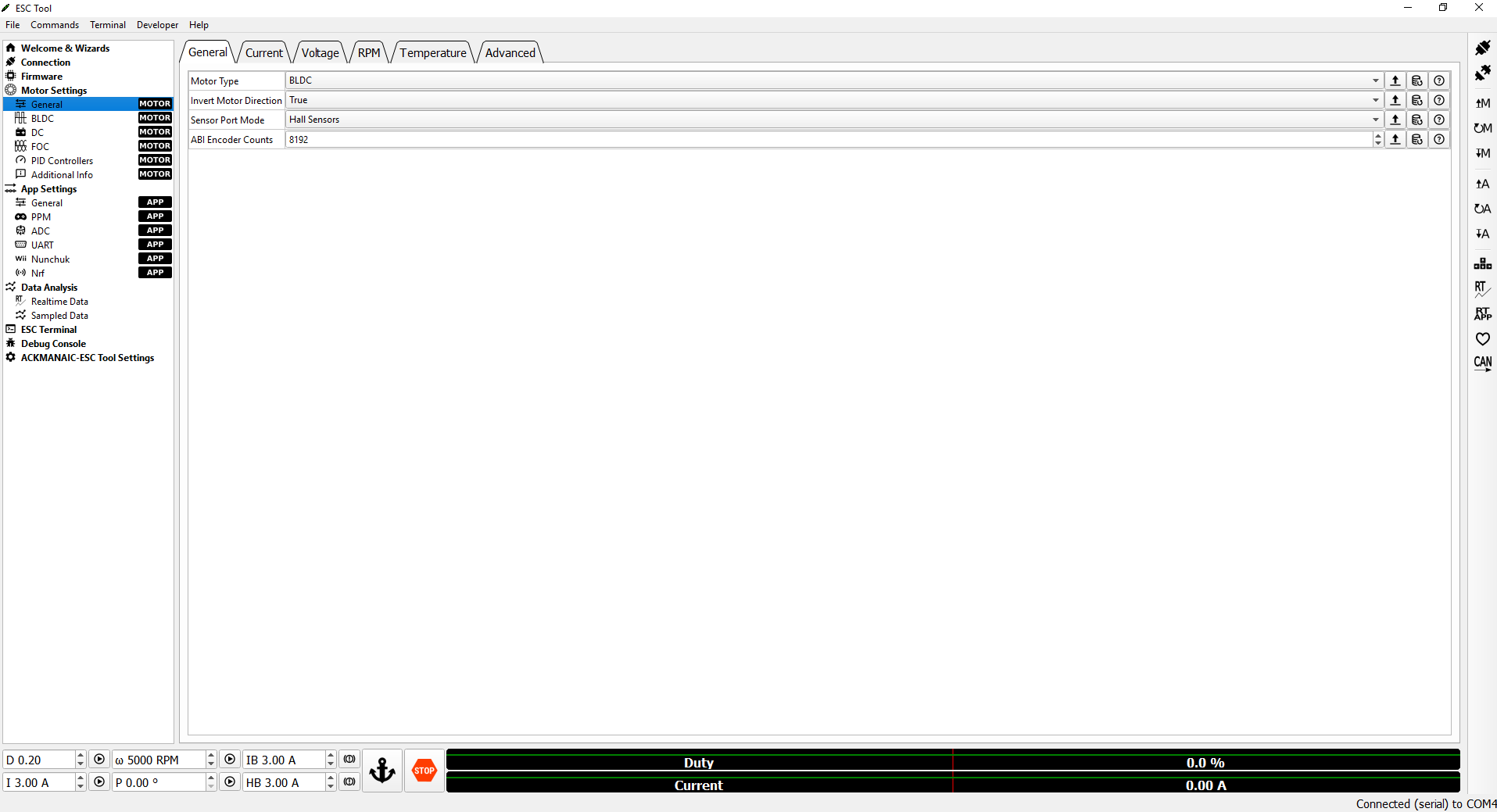 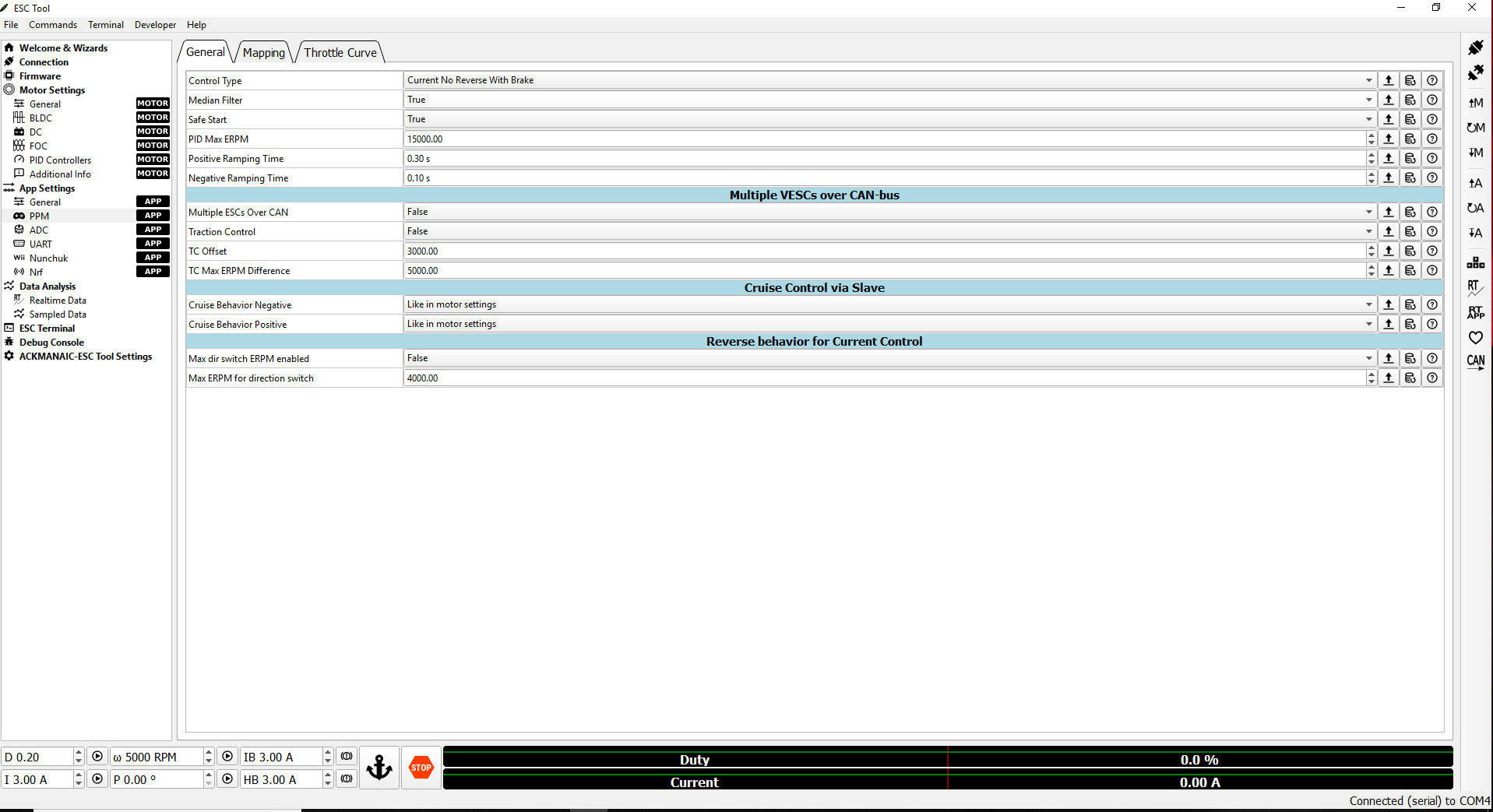