Anyone had links for VESC tool tutorials ? Tried looking them up but no luck. Will be great for one that goes over setting up from scratch. Thanks! 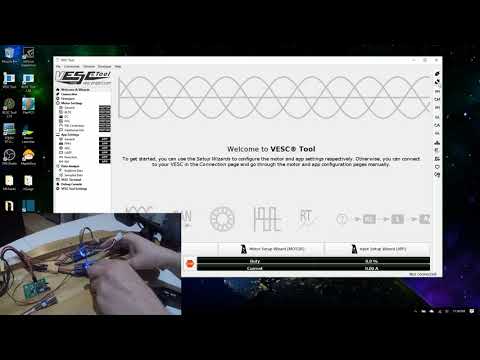 No problem. I keep that bookmarked.

It depends on your vesc hw version.

Flipsky mini FSESC 4.12. The tool updated the firmware without issue and then a few minutes later the vesc burned out while I was testing the remote trigger. I had forgotten to remove the binding key from the receiver first so I figure it’s either that or the ERPM.

4.12 hw should be limited to 60000 erpm. Focbox is an exception here. Which motor kV and battery you had when it happened? If under 12s 190kV than it wasn’t the erpm Limit probably

Correct, it was 10s 190kv, the motor is also from flipsky. Any other possibilities? I was using the wizard for a single vesc which I later was going to pair through ppm. I was trying to get a response with the remote but had nothing. That’s when I heard a fizzling noise and saw smoke coming from the vesc. I disconnected everything and other than the vesc there’s no damage. Now I’m about to try the second one and I’d not have to replace both.

but you made it successful through the wizard? Maybe there is a short in your phase wires or somewhere. maybe your bullet connectors touched each other, or did you isolate them?

I didn’t finish the tutorial, the burnout happened before I got there. The bullet connectors are placed in holes in a 3d printed plate and held there with hot glue. They were partially shrink tubed, I was going to color code the last part once I knew the right order for the phase wires. They can’t short through cured hot glue, can they? 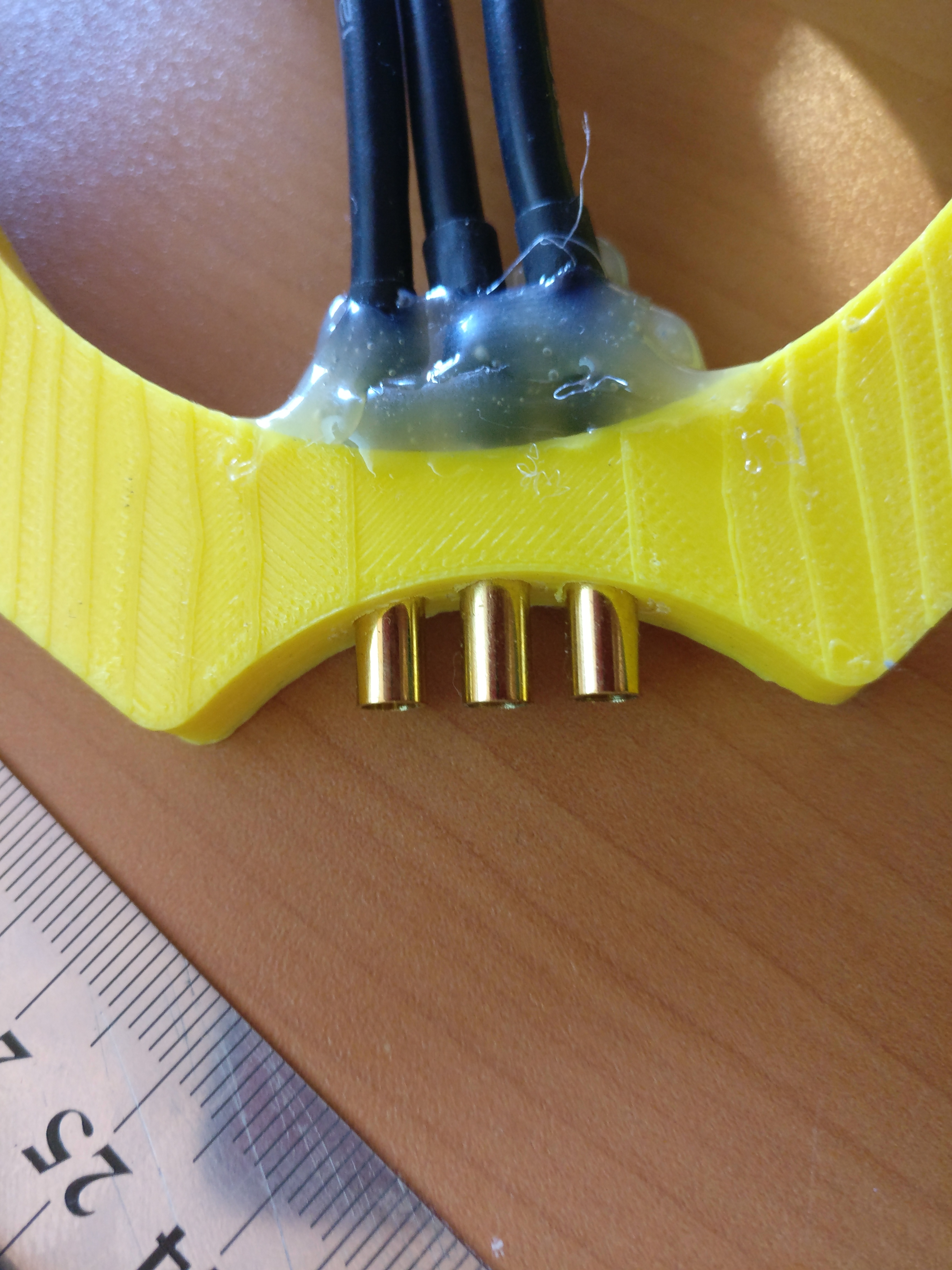 PS: you can invert the spin direction of your motor with only one click in the vesc tool. no need to swap the phase wires.

Alright, I’ll try those. Thanks!

Update: I reviewed the tutorial and rebinded the receiver properly. On the second vesc, after the firmware update I first changed the erpm just in case and only then started the wizards. Everything worked perfectly. The first vesc is definitely dead. Just plugging it in (with the loopkey) caused a loud pop and nothing else. Opening it up I can see that one of the mosfets is fried: 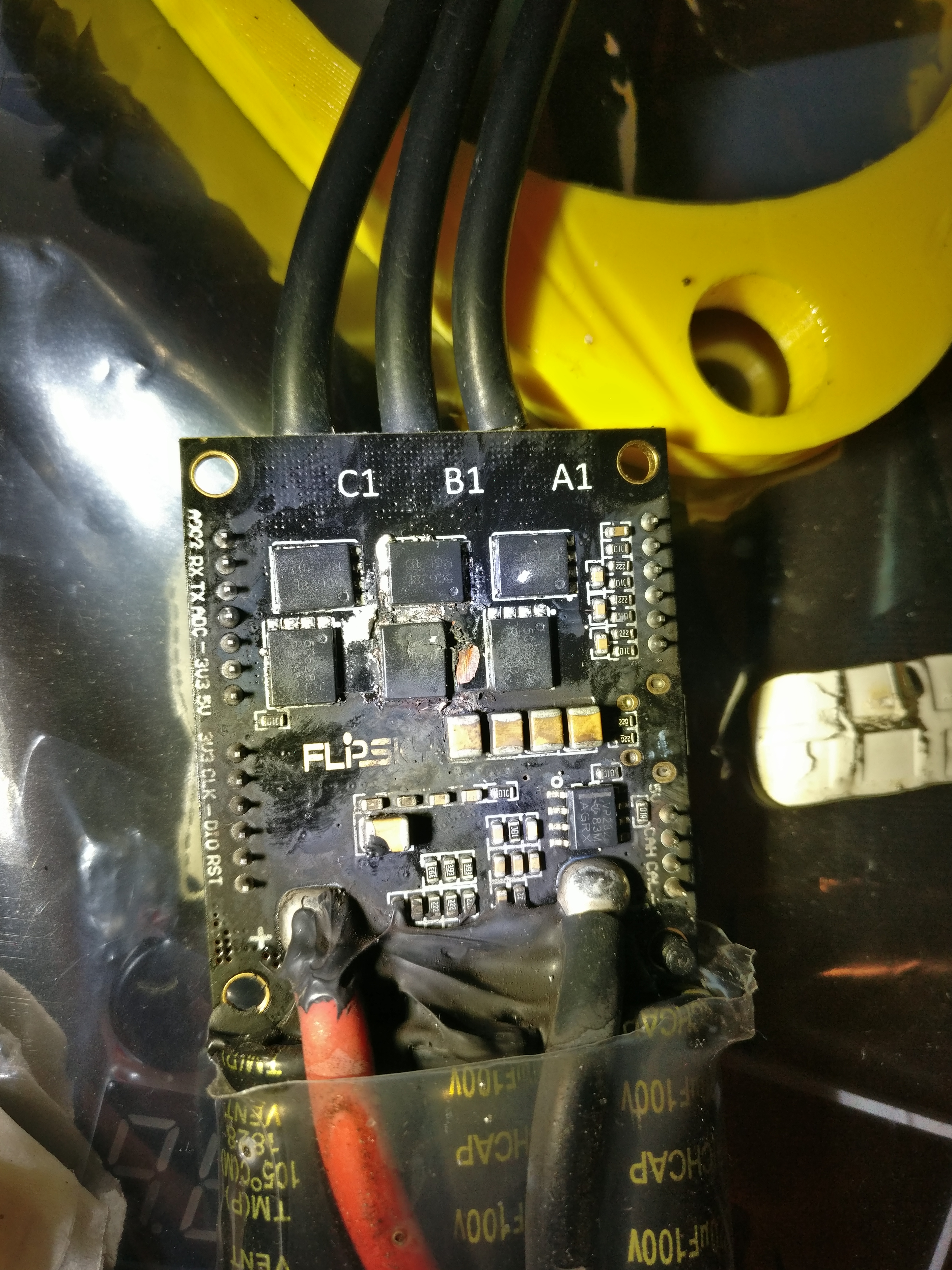 I couldn’t find any of the parts online to replace it and I don’t know anyone nearby who can in any case. I’ll probably just try to sell it for the hardware to someone who knows what to do with it.