What did you do today?

I soldered on all the connectors for everything on my board. Took like 4 hours since I’m a complete noob and have a really shitty soldering iron. Then after everything was finished and I went to plug it in, I accidentally touched a negative lead to a positive and it sparked and totally mucked up the bullet connectors. After that i figured I would just plug it in anyways and see how it went. After configuring the remote and testing it out, one of the motors was going fine, but then the connector that got screwed up earlier started sparking like crazy, blue flashes everywhere and it was loud as Donald Trump’s ass flaps…

Figured I’d stop for the night at that point.

I just increased braking to 70℅ and voltage cut off to 3.5V per cell. There aren’t that many settings you can change.

in the same boat, alternatively i think you could use this 1m2f splitter and have 1 connect to your vesc and the other veering off to the side of your board to connect to the charger. Don’t quote me on this working though, I’m not an experienced electrical guy 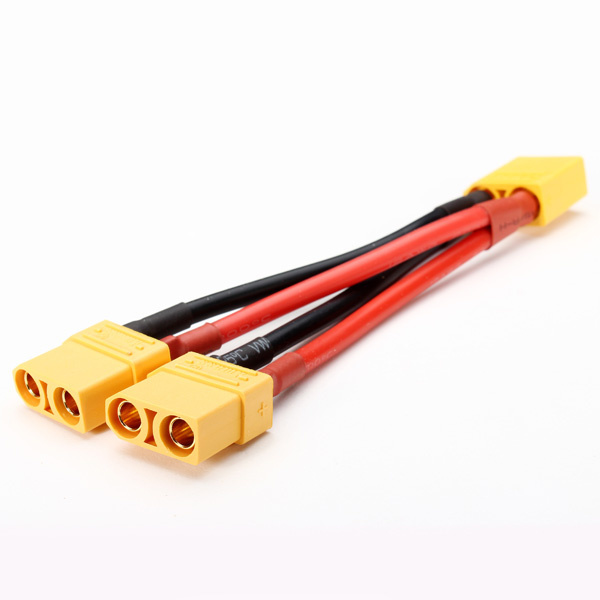 Made some new… Friends. Specifically some engineering majors who are willing to help me CNC the motor mounts for my E-MTB.

Got into a fight with my principal about my mode of transportation. Aprently its a weapon who knew. He said i could take the trucks off and take a wheel off the truck and impale some one.

probably easier to sneak up behind them and strangle them with your tshirt. no tools necessary

I said pencil but you know principals have to be assholes its in their job description. I just when and told every one that he was against green transpiration methods. That got some people mad.

And no I was not riding in school just in the parking lot and got off at the door.

your battery blowing up wouldve been his better argument. or maybe you could add an inveter and convert the dc to ac then a transformer to increase the voltage to something that would break the skin and then you could try to electrocute someone. hitting someone with trucks is what a caveman would do. you’re smarter than that.

Lots of meetings so not much time driving the desk. Three great rides on my pintail so far. Think I’ve broken it in or something because it’s starting to feel more and more like a snowboard.

I wish people sold enclosures in the UK

I would go with belt, it’s tried and true and HIGHLY versatile. You can inexpensively play with different gearing and belt lengths and such.

I wish people sold enclosures in the UK

Does anyone on the forum build enclosures in the UK/EU?

I know @Dunkirk does

preparing to get wrecked by 100+ mph winds and major flooding. Our house is likely to be ankle deep in water by this time tomorrow…

Worse hurricane to hit Jacksonville in over 100 years, the entire coast of North Florida has been evacuated, and about half of jacksonville’s residents are on mandatory evac.

7-9 foot storm surge in addition to 25+ foot waves at the beach- biggest storm to hit this area. No house on A1A (highway running along the coast) is going to be able to escape the flooding; not one single house. The waves are going to flow over A1A into the intercoastal, ruining every every property on that thin land strip. And here in st Augustine is where our beach condo is- the entire city of st Augustine has been evacuated, along with the beaches as stated before. Roads are one way, bridges close tonight at midnight.

This strip of land (red marker is our first floor condo…) is going to have waves going completely over it, because it cannot withstand a 30+ foot water level increase plus 130mph gusts when it’s barely above sea level: here is a nice “before” photo of the matanzas inlet for you guys… I’ll update yall in about a week with an after affect some 30ft waves roll in: Yeah I’m here in Jacksonville too. I haven’t had to evacuate yet, though. Hopefully the westside doesn’t get hit as bad as other parts

Preparing myself. Buying and researching more parts to build other e-boards.

Assuming you aren’the regularly disconnecting/connecting the bullet connectors, why not simply cover the connector with a fairly long piece of heat shrink tubing? The taper beyond the connectors to the wire should allow the tubing to hold the connectors firmly in place.

One way roads and shutting down bridges at 12 that’s new. I’ve never seen a storm in San Francisco really ever compared to east coast storms.