What vesc can handle 14s?

I was thinking of possibly using these APS 63100 Outrunner brushless motor 140KV 4500W from alien as an over kill board. but the main issue is finding a 14s vesc, and recommendations? i would run it at 14s if i can, i would make this into an ATB using a trampa deck with pneumatic wheels.

You did not set a budget so…

can you run 2 motors with that, or does it have to have all 3 running?

It is a single vesc. The reason for the multiple wires is to keep them flexible. This means you will need two of them for a dual setup. It was not designed as an esk8 specific controller hence the price and current capability

would you recommend running two single ones for a dual setup

Most of us are running 2 single vesc based escs for a dual setup. The dual escs such as the Unity have only recently hit the market.

Top Bottom Hey there. I’m rehashing the VESC into a cheaper 2 layer version with external FETs. I’ll call it the Cheap VESC for now. You may notice it resembles the generic ebike controllers that you can find on ebay/aliexpress. This is a version...

But one question, why not to run the motors on 12s? What’s the problem?

i want more power, an i also want to test 14s out since i have a 12s board already

Ok. You know the basics of repairing motors? Because it’s very likely that you will need that at one or the other aps motor

Just for us craaazy boooyz who would even think of this, what causes them not to be durable?

Nothing about him or his uses

APS motors have a reputation for poor quality.

Geez. I wouldn’t want to be giving aliens a bad name when they land!

Most VESCs are rated to 60 volts. 14 times 4.2 is 58.8 so it would be possibility using a focbox or other vesc the problem is voltage spikes from braking so I think it would be okay if you ran 14s without breaks and used some disc breaks or something to stop. All that said I still wouldn’t recommend 14s. 12 or 13s and high amps will get you plenty of power. 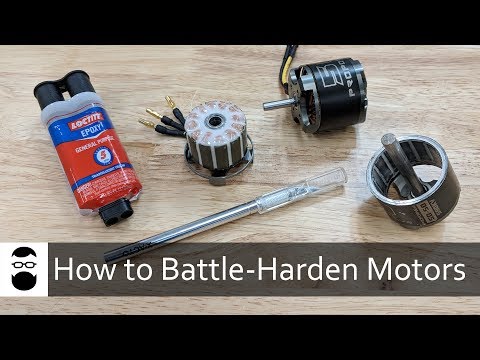 Here’s a good video of what to do if you get those motors, and the previously mentioned trampa 75v 300a would probably be the best VedderElectronicSpeedController, developed by Ben Jamin’ Vedder.

Is there a special kind of epoxy that should be used? For my hub motors I would need something that can handle heat because it get really hot in there

Therese always a place to learn

That’s good. And they have a good customer service. If something broke contact them, with a bit luck they will replace it.

Let’s say, I have 9 of motors from them. 4 of them are broken. 1 had a broken magnet after I made motor detection. 1 had a defective bearing 2 others had broken magnets during the first 300km. If you hit over 40km/h you get a high pitching noise from the 6384 motors I have. That’s all issues which can be fixed if you know how, but that shouldn’t be non the less.

Other reported issues I heard from, The retainer ring gets lose and slightly lose windings which cause strange noises while driving. The 80xx motors don’t have silicon phase wires and the big bearing seems to be low quality.

I would first check if the motors run without issues when you get them and then directly do what @ninTHIENdo already linked. You can read it up here too