We hear about Mids and cores all the time. Someone might ask, “Are those mids?” or “That’s a triple round.” But what is a mid? Where do these terms come from? What properly classifies a wheel?

If you have these questions, you’ve come to the right place. In this article, we’re getting into these questions and answering them once and for all.

What is a Wheel Core?

A longboard wheel consists of two parts: the core and the pour. The pour is the colored stuff that actually touches the ground and gives the wheel a certain look, feel, and shape. This is made from polyurethane. The name “pour” comes from the manufacturing process used to make the wheel. Polyurethane literally poured into a mold to make the desired shape. 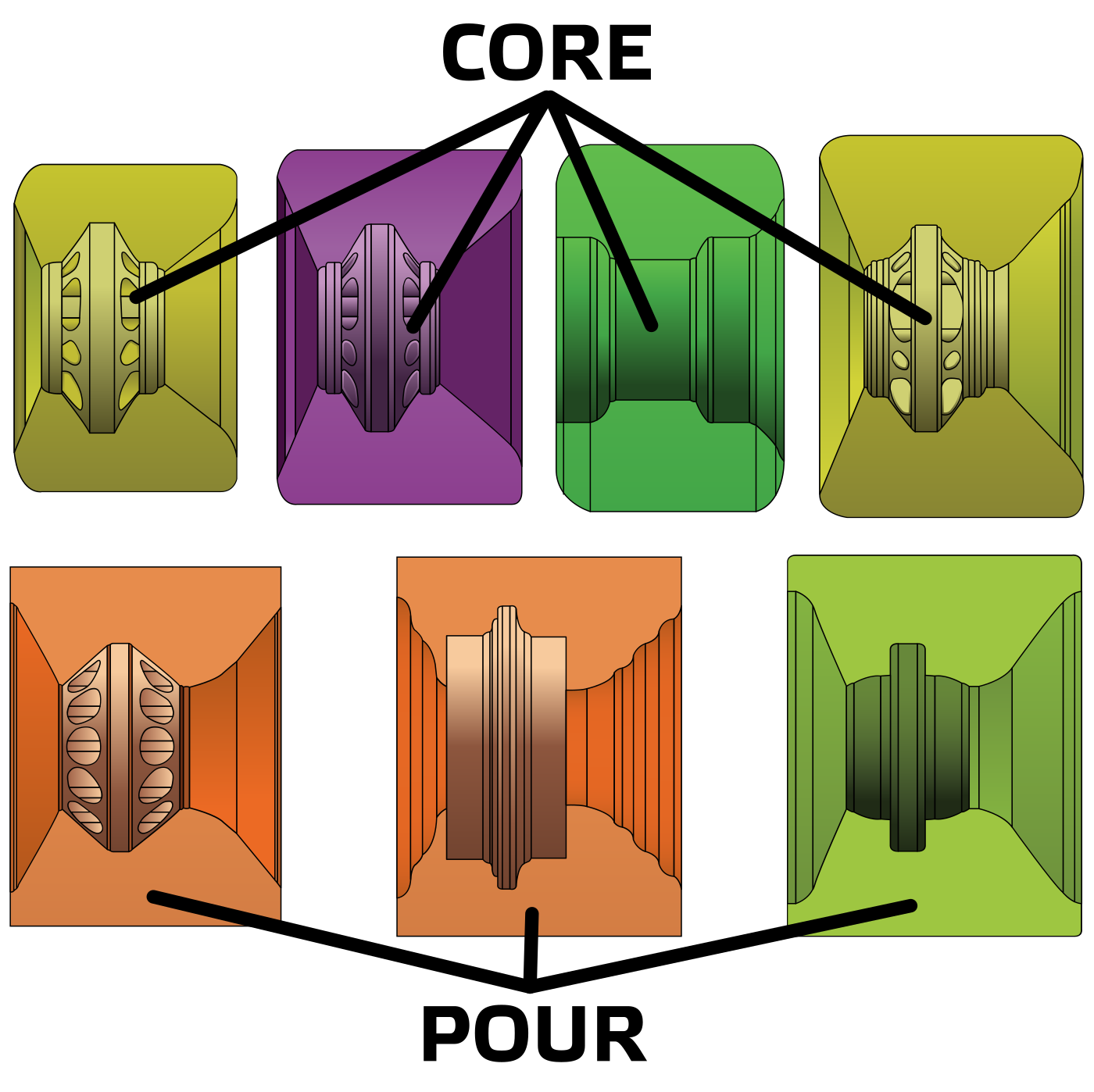 The core is also polyurethane, but it is cured much harder. Once cured, it is used at the center of the pour to support the softer urethane and to give the bearings a secured position. Some short board wheels do not have a core because the pour is already rock hard, so the bearings can seat directly in the pour. For the purposes of this article, we are going to stick to talking about two piece longboard wheels.

Before we dive into the origins of the name, let’s talk about what calling a wheel a “mid” actually means. Most skaters refer to mids as any cheaper wheels, regardless of core type. Some skaters refer to mids as any type of wheel that has a “mid style” core (we’ll show you this later). The problem with these two definitions is that they conflict with each other. Not all inexpensive wheels have middle cores and not all middle cores are inexpensive. So which term is right? We’ll tell you.

The term “mid” originated from a couple of places. Each place further served to further enforce the “mid” name, despite conflicts in how the term is used. This resulted in confusion and the motivation to write this article.

First, the term “mids” was borrowed from the cannabis industry. Mid-grade marijuana is often times referred to as “mids”. The mid grade of MJ is just that, lower grade and less pricey. The term mids was pawned off on skateboard wheels that were deemed of lower grade and/or less expensive.

The second way the term mids was enforced was through the type of core used in the wheel. “Mid” was assumed shortened from “middle”. Wheels considered to be “mids” hit the core with urethane on either side of the core. Thus, “mids” was further enforced into skateboarding slang. 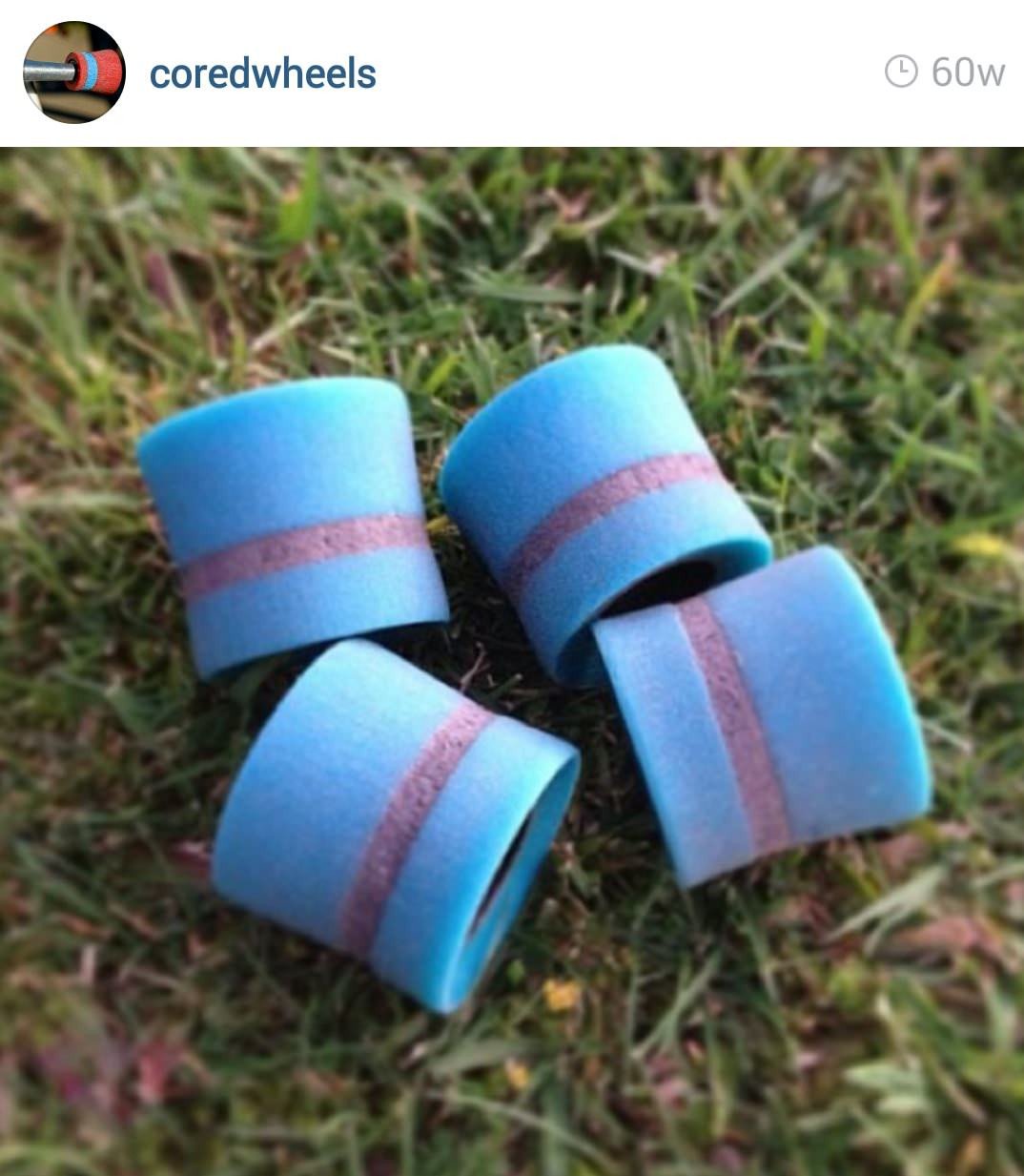 This type of “mids” core was originally borrowed from roller hockey wheels. This is because most skateboard wheels are made by manufacturers originally focused on the roller hockey industry. Instead of making another core (which would require making new molds, etc), manufacturers tried the same cores as hockey wheels. The core worked great, so they kept rolling out wheels.

Now before kooks start exploding over any “mids” skateboard wheel being terrible because they originate from fruitbooters, it is important to note that tons of super high performance, race winning wheels were and are poured using these mids cores. 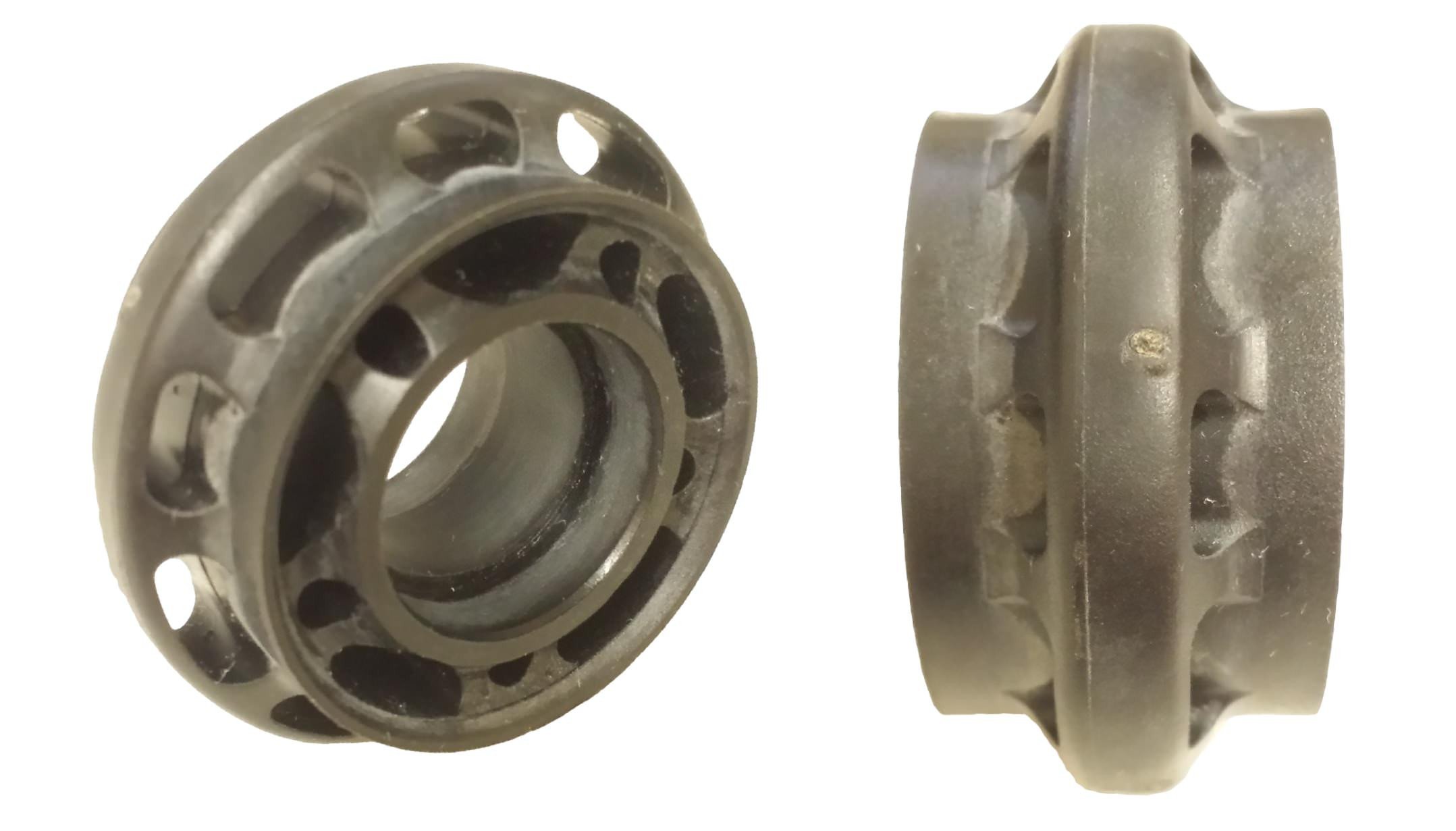 Because having a mids core in no way cheapens the wheels or makes the wheels less fast, durable, etc, it is better to disregard the core aspect of the name entirely and instead only call less expensive wheels “mids”. Cores simply create different wheel performance characteristics. They do not cheapen a product.

A final point worth mentioning is that Motion Board Shop created an inexpensive wheel and straight up called it “Mids”. This further adds to the confusion surrounding the name because now an actual wheel holds the name Mids. However, on almost all accounts, this wheel was completely rad and in no way of low quality. They named it Mids because of the awesome reputation surrounding inexpensive freeride wheels.

“Triple round core” is another common phrase heard amongst riders explaining which core is which. The name stems from the core looking like three stacked cylinders. It further enforced by a similar look when the wheel is cored. 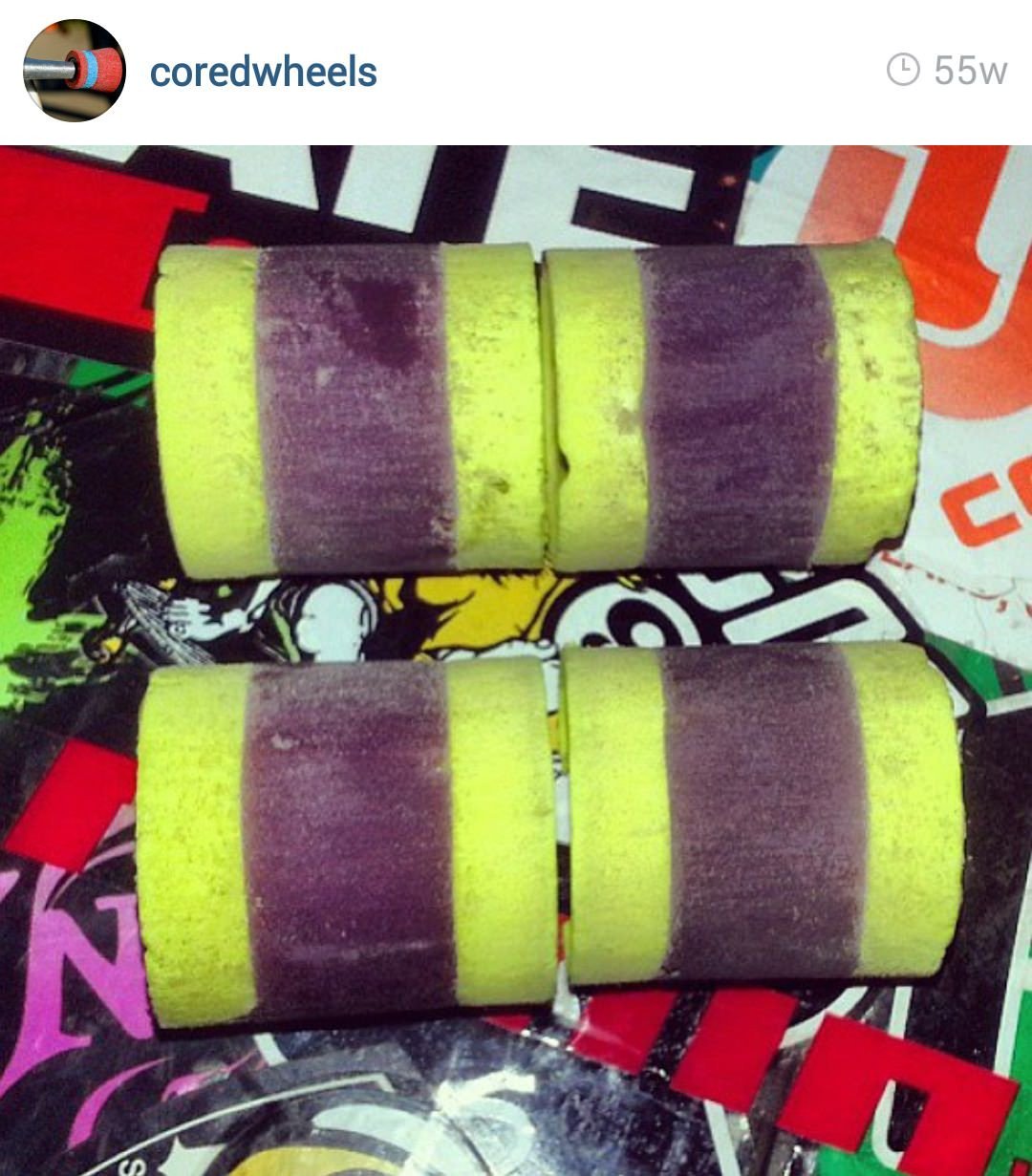 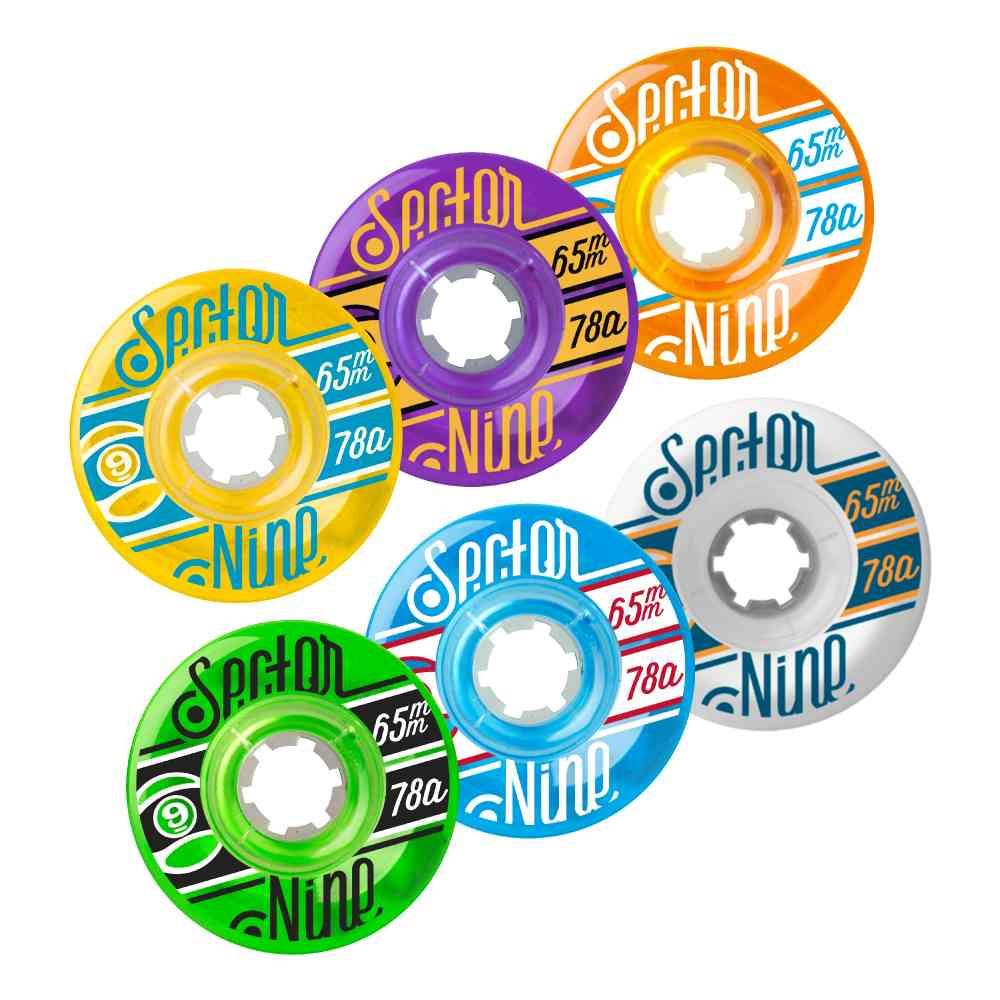 Sector 9 Top Shelf Wheels are a perfect example of an inexpensive wheel with a triple round core. Calling this wheel a “mid” can be confusing to the uneducated shredder.

As the market for longboard wheels grew, so did the demand for a greater variety of performance characteristics. This demand was met through the creation of the triple round core.

There is also a slight variation to the triple round core. RAD Advantages, and other RAD wheels with the large RAD core, have 5 “rounds”. This is such a small variation, it is not really reasonable to add another core type. Just something to watch for! 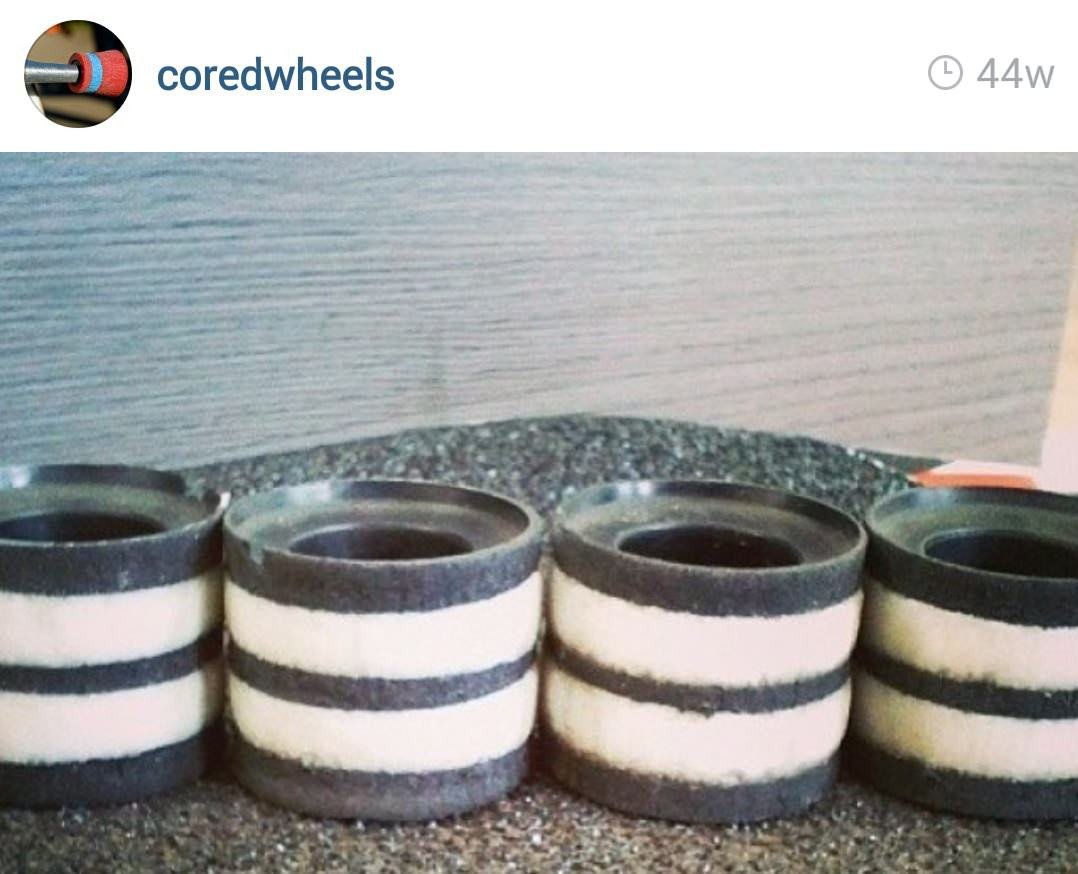 There is yet one more type of core out there and that is the cylinder core. These Wheels used to be the only wheel company with cores like this. The brand of These is no longer around, but the manufacturer (Bones/Powell-Peralta) has since taken their well designed core and placed it in some of their other wheels, including the Rough Riders. 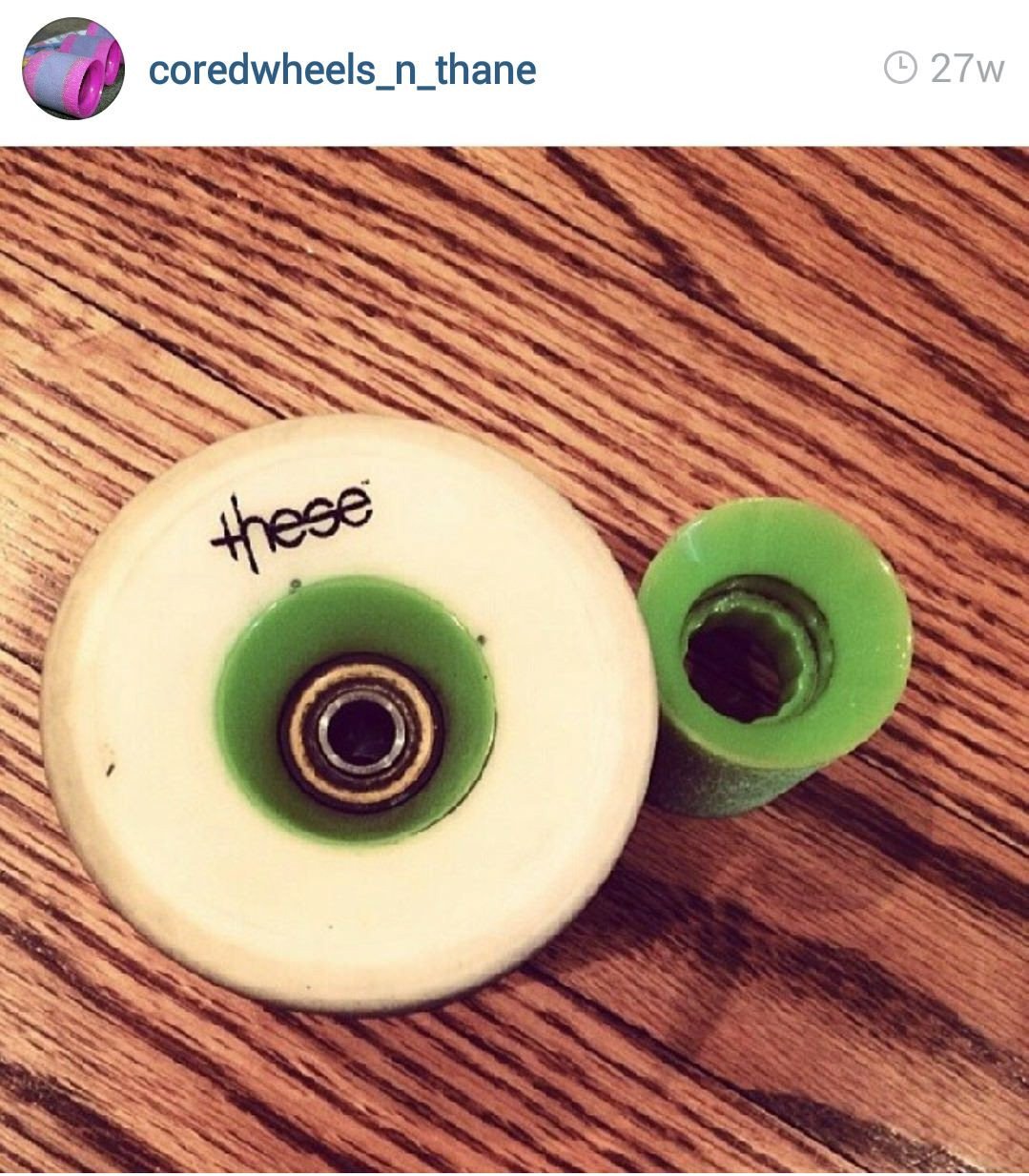 These Wheels used to come with the unique cylinder cores.

The cylinder core offers great lip support and roll speed, similar to the triple round.

There are still lots of other cores out there to be discussed. These include wheels such as the Orangatang Balut (discontinued), Abec 11 Flywheels, and Orangatang Kegels. However, all of these still fall under one of these three categories of core types. Despite larger center sections around the bearing, the contact between the core and the pour will fit into one of these core types. 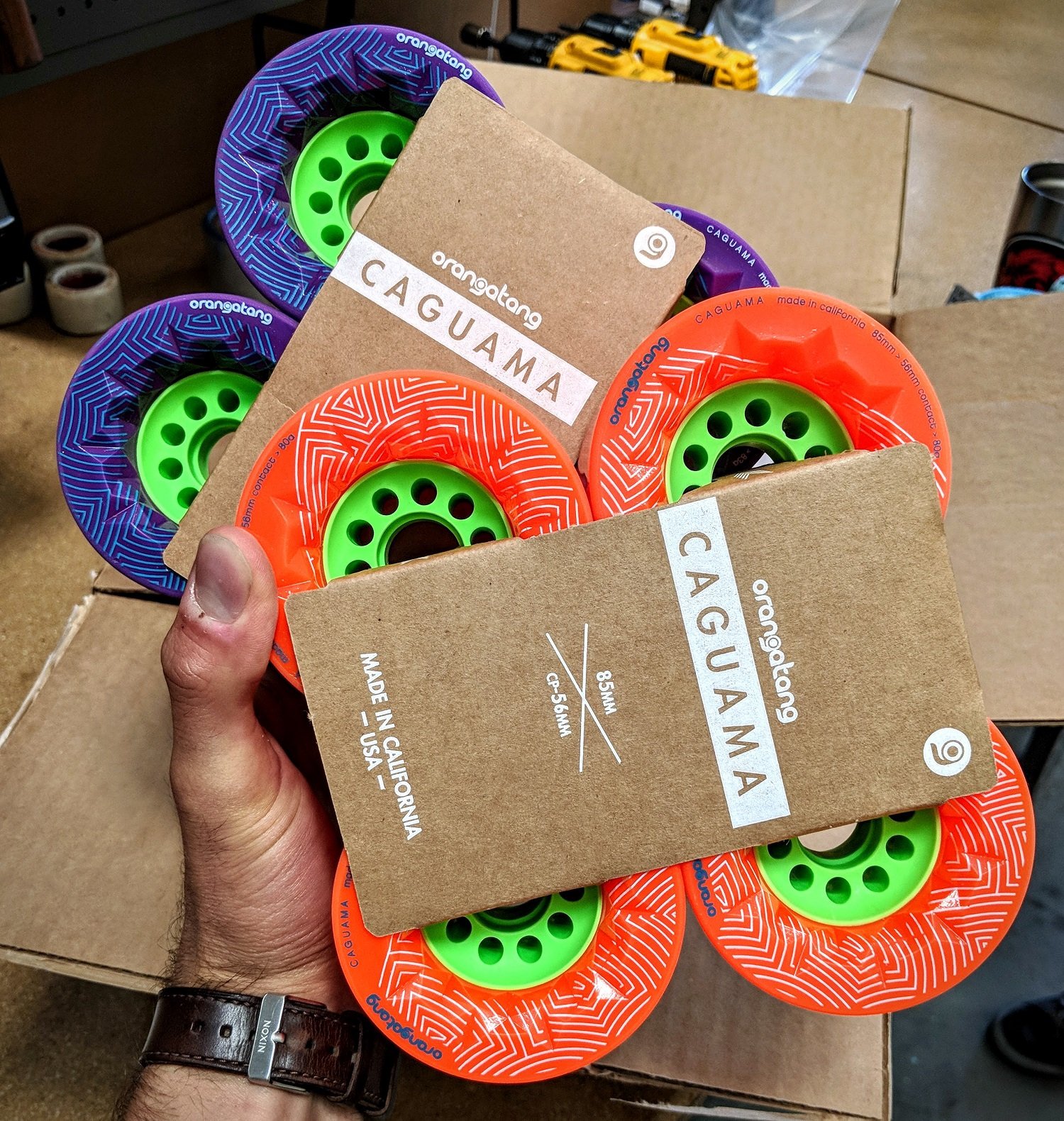 The new Orangatang Caguama has a massive core to support 85mm of thane.

Longboard wheels are coming in more shapes and sizes (and even more brands) every day. Congratulations, you are now knowledgeable enough to hold your own on the forums and not be labeled as a kook machine. Happy shredding and thanks for reading.