When the world trolls you? Share your skate trolls

So I’ll start off by saying I’ve been riding with these gloves since November but it’s been cold out. Anyway.

I went riding for about 21 miles with a buddy of mine. Stop to take a water break. Take off the gloves take off the helmet. While drinking the water notice the palms of my hands are purple, as if I have a circulation problem. Feel find but purple ass palms.

Skate all the way home, get all of my gear off and rest for about twenty minutes. Palms still purple. Thinking to myself, well I’m hungry I’ll just eat something, still concerned.

Wash my hands, and they’re no longer purple.

It hadn’t been warm enough until today to make my palms sweat enough to make the leather bleed dye.

My gloves trolled me… After months of use…

the worse skate troll. Expected or even worse unexpected.

I use these remotes exclusively. 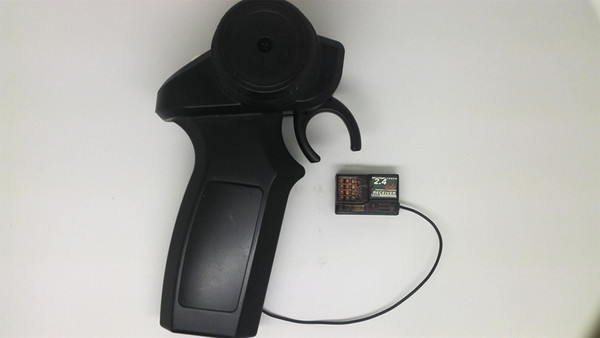 the trigger is exposed so it’s very easy to pull the throttle accidentally.

out on a ride one day, stopped to check directions on my phone with the remote still on.

accidentally push in the trigger and board goes zero to full throttle in an instant, goes flying out from under my feet and throws me on my ass. phone still in hand gets smashed on the ground, shattering the screen.

luckily nothing happened to the board but totalled the phone.

this has happened not once, but twice. the second time nothing happened except a nice bruise up and down my right ass cheek.

I now power off the remote whenever I’m at a stop.

LOL - I had the opposite troll with this controller where I kicked the board out in front of me to do a dramatic running jump start (like a boss!) but accidentally pushed the trigger forward to give me full brake and ended up eating pavement! That was a fun troll!

And that’s why I stopped using that remote…

And that’s why I stopped using that remote…

it’s a really great remote, you have to turn it off when your doing other stuff.

it’s a really great remote, you have to turn it off when your doing other stuff.

Once, I was cruzing the boardwalk when some people came flying out from behind a blind corner in front of me. My brain said brake but the signal got crossed on the way to my hand and my finger jerked back on the trigger. The board shot out from under me and left me sitting on the sidewalk feeling a little embarrassed. Luckily my board didn’t hit anyone.

Once I was riding down a nice street at a respectable speed (37). Next thing I know the wheels lock and I’m off the board running, trying not to trip over. When I got home I had a look at what happened and one of the screws that holds the motor came loose and was rubbing on the motor pulley. I guess eventually it got hot enough and the aluminium pulley fused to the screw.

I had to walk/ try and kick push back home, worse troll ever when you have to take the walk of shame

I know the feeling… 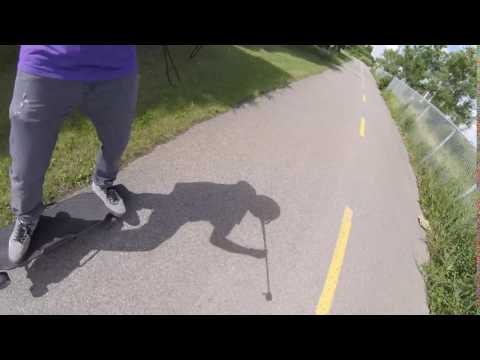 Was cruising at a comfortable ~25mph when I hit a patch of black ice. It is literally invisible. I felt the wheels loose grip so I let go of throttle and tried to ride it out. I managed to ride it out into a speed check slide when it spun out sending me sliding for a few meters till I hit my head on the curb.

I literally just bought my tsg pass last week and it’s already saved me once. Checked for internal foam damage and there is none. Looks like it wasn’t as hard of a hit as I thought.

Mirrored visor also saved me from the embarrassment from pedestrians lol.

Since I created a similar topic here:

Funny / weird accidents while on Esk8!? Share your story!

not sure if it’s the same, but something similar:

Im giving a bump to this one also… Not sure which one will ‘survive’ better but here it goes.

I wish there was an option to mark ‘interesting’ topics for others to be seen / found easier, otherwise the topic has to keep someone’s interest all the time and once nobody responds it might end up dead until someone decides to dig it up…

Relating to trolls: Ive got the board running off due to touching trigger as well but not as severe as some mention here.

I think one of the earliest trolls I had was when I connected watt meter to my board, tested it for a minute and it went dead on me and I thought: Oh fuck, I burnt down the controller or something… Then it turns out the wattmeter had connection problems and it went back to live when I moved the wire around…

I had a guy throw a 2x4 in front of me once. I was able to run it off, which put me right in front of him. So being a tempermental old asshole, I clocked him in the jaw and he hit the ground. I turned around to look for my board and a cop is standing 5 feet away. He looked at me, grinned, said “I didn’t see damned thing”. I left…quickly

The moral of the story…There are asshats a plenty, but there’s also cool people around when you need them.

that couldn’t have worked out better on all ends. guy got what he deserved, you were fine with no injury, and the cop recognized justice had been served. awesome story… on a side note ive never experienced anything malicious like that other than aggressive drivers but i just gtfo of there if i sense reckless assholes.

That story made my sisters day, And put a smug smile on my face

Sometimes police are just So lovable.