Who is using FOC and whats your setup?

Why not do that then! male-to-female extensions aren’t hard to find, then just cut a rectangle out and stick it in place.

@jinra @CRABOLSKY if someone finds a weather-proofish m2f connector pls share it. I’ve gone looking a few times and I didn’t find a suitable part, but there’s got to be one out there!

You can also get one of these little dust covers

Might take some working to fit it into my enclosure, but this perfect! Great find @flatsp0t

I’ve only been running FOC, did the BLDC motor detection, then straight on to FOC detection with out ever riding in BLDC mode!

Hey @Jinra back on the regen settings, what do you think the real real of frying your cells is with a regen of -20? I’ve seen people on the forum running anywhere within -12 to maybe -30? I thought this was one of the settings that allowed for additional tuning of your braking force.

Part of my original upset (on my first VESC) was trying to remedy lack of braking power (and dropouts) under my BLDC settings. @whitepony runs a very similar setup with -20 on FOC. Right now I would say my brakes are absolutely perfect so I am reluctant to start messing around if it’s not really needed? Obviously I don’t want to prematurely kill my cells!

Imagine if your charger was 20A. That’s basically how you’re charging your batteries while regening. Even 4A per cell is already high since normal charging is typically at 1c or lower. I’m using -8A on each vesc (2 vescs) with -45A motor regen per vesc and my braking is perfect.

You likely won’t “fry” your cells doing -20A, but it will deteriorate your cells at a faster rate which will lead to a shorter cycle life.

That’s actually great way to visualize it. Does the amount of breaking force applied vary the level of current back to the battery? By that I mean, full brake force sends the full limit to the cells and lighter touch is a smaller amount?

Sorry, don’t know the answer to that one. However, I have heard long light braking will regen more power than harder short braking. This was info on Boosted’s FAQ

I’ve been cruising slow-mo around my neighborhood with my daughter who rides her scooter, but the board is embarrassingly loud on the sidewalk. So… I finally took the plunge on FOC after reading for a long time and just took a test ride around the hood. Wow, the stealth, it’s more impactful than I thought it would be. My first thought was this is how it electric skateboarding is meant to be.

New video by Will Ch 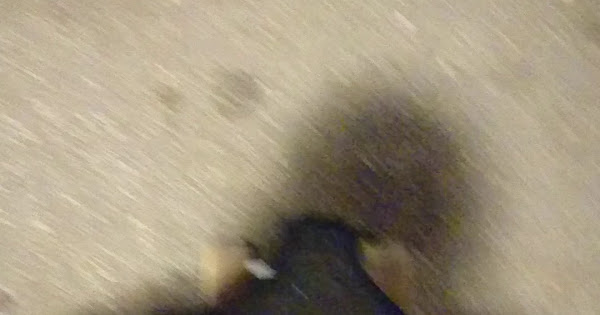 I’ve been using FOC I’m relatvly new to this stuff and no expert. After a Vesc replacement (drv) went through settings with Psycotiller Dave since I was clueless to the process being my first time,sponging up info as I went. I set perameters on my 6355 Torque Boards motors 170kv to match each other minus hall sensors. Been running board with regular routine maintenance hard for bout a month it’s very quiet way faster than needed but controllable.smooth from beggining to top speed which I rarly reach I’ve hit 26 mph and a little squeeze showed it could go a bit faster for sure if not alot. Can’t bust full throttle straight out the gate at least no one that’s ridden it has been able to stay in controll with this approach seen two try and they were not successful luckily not to hurt minus a few scrapes.As long as you squeeze it gradually you can go as fast as desired can’t see anyone able to use all power available to user I weigh 170 and I fly no lag up hills 20% think I have a screenshot of set up parameters I’ll try to locate so I can post if anyone’s interested .I’m not sure what difference is between bldc and foc I’ve never ridden bldc to feel the difference.But FOC is rockin so far so good put 20+ miles every day for close to a month straight without problems.Happy New Year .

*Should I try mode FOC? *Will I blow my DRV? *Cross my fingers count to 3?

Hey, did this continue to work well? I’ve no idea of the true potential dangers of blowing DRV chip. Seems to be the only reason to stop me going FOC… 10s4p 6374 single 200kv. Id love the silence though.

I run 12s4p on dual focboxes with latest ackmanic’s FW. Haven’t had any issues yet. Funny thing is that I actually blew through 3 vescs in a hurry running BLDC hybrid with default FW that came with the VESC. Once I went Ackmanic + FOC, its been smooth sailing.

I’ve been breaking a VESC all day today in FOC mode, blowing up one DRV8302 after another. 3 carcasses on my table now. I’m running a 7.25" propeller in water as a “dyno” to provide a repeatable load on the VESC to measure efficiency. Same problem every time. You’d think I would learn quicker…

When the VESCs break in FOC mode and the red led does a 3 flash pattern its the DRV8302 mosfet gate drive power supply that gets broken. Everything else is OK: the logic in the DRV8302 is fine, the DC/DC is fine, STM32F4 is fine. There are no marks on the DRV8302 or burning smell. The only way to identify the problem is measure DRV8302 pin 13. The GVDD output is about .7-1.7V instead of 10-12V.

I really think this problem has to do with the gate drive power supply, though I am not sure why higher duty would cause higher gate drive power supply current. The switches have to switch on and off each cycle regardless of how long they are on or off, and it takes the same energy to switch them on and off no matter how much current goes through them. Unloaded, FOC mode throttles up all the way no problem. Is there an engineer or motor drive expert that could shed some light?

What vesc are you using?