It looks like an old meepo. You will have to remove the smaller case to get to the esc which should have a bind button on it for binding a new remote.

It’s located differently to where I thought but I think that’s the one as it says key under it which is usually the connect button. I don’t know the exact procedure but I would start by checking the remote for a bind button as well and holding that button while turning on the remote then doing the same with the board. This should put both into the bind mode

Thanks man that least puts me in the right direction… 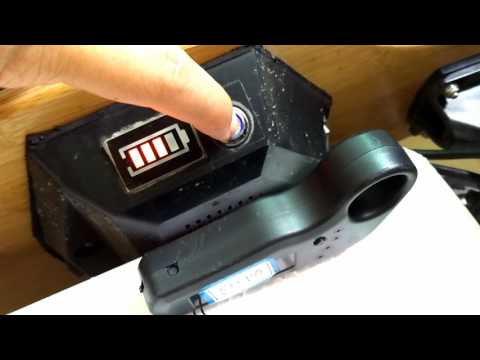 When I push the key button on that little circuit board and press the button on the remote at the same time it beeps and flashes but gives no control to the wheels. But when I pull the throttle back to hit the brakes if I were riding it there’s a little blue light on the circuit board on the board the responds to the remote as if it’s connected… but no control of power to accelerate… weird

Maybe try powering on the board while holding down the pairing button on the receiver? Or try the same thing with the remote

Thanks man tried that but still no added results…

Weirdly there is connection with the remote and the board and that little circuit board, it flashes blue when I apply the brakes…? But nothing else.

Damn… wish I was more knowledgeable and had any other ideas. @West13 was this a board you ever had running or did you get the board like this with the unpaired/responsive remote

@dareno is this basically the same as the budget eBay/diyeboard escs?

Does the blue light toggle on immediately when you press brakes or only after a certain point?

Ok is your mode switch for speed mode or forward / reverse? Or do you have a separate reverse button?

Looks like the generic chinese v1 Thats the same remote that came with the meepo v1 and all the others. They don’t have a seperate receiver though so I’m a bit stumped. Red lights on the esc don’t bode well though. Think its probably a bad esc. Cheap enough to replace with the version 2 which is a much better unit. Ownboard, meepo, wowgo. Ebay. Just do not buy from diye even if they are the cheapest. Sorry can’t be more helpful my friend but there were some early versions that changed rapidly during production run outs and its hard to keep track. One thing though the version 2 dual esc is a great little unit made by hobbywing and as such is pretty much bullet proof. Ownboard is where I’d get the new one from

Message is for you dude not @skunk lol