Why did enertion go with hub motors? Was that a bad decision?

Why are you particular about hub motors? I think this is one of the major reasons you failed. The heat dissipation was poor, and the PU sleeve was a special purpose product and was difficult to replace.

FOCBOX Unity was great. Was it impossible to revive with ESC suppliers?

Why are you particular about hub motors? I think this is one of the major reasons you failed

I think in the era we live in, technology should be good enough to allow us to have a really good direct drive solution. It’s definitely possible, sadly now, nobody is really trying to do it.

Our next-gen would have been about 20-30% more efficient in the same size. increasing voltage would have helped also. @Deodand design he was working on. 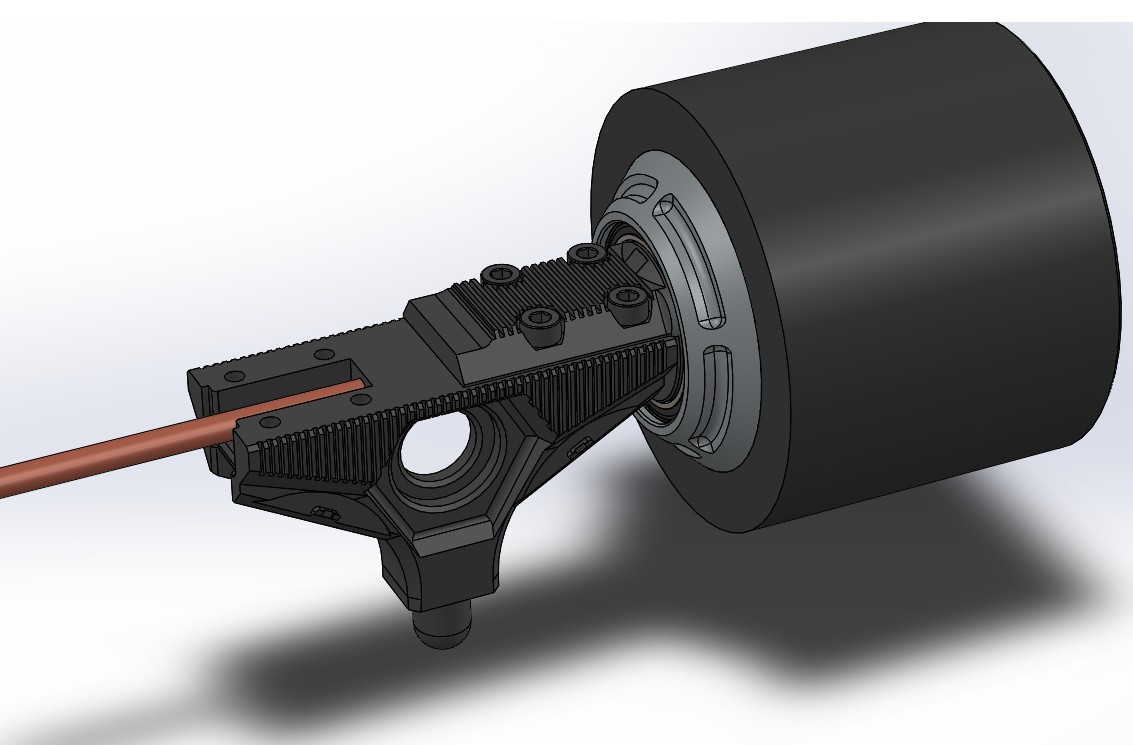 I agree that the hub motor has fewer parts than other drives and is maintenance free. However, I think it is difficult to eliminate the disadvantage of poor ride quality. In the history of ESK8, there has always been the pursuit of ride comfort. 110mm and 120mm wheels. 6 inch rubber tires, etc. Hub motors seem to be against these trends.

Another flow of ESK8 is large capacity battery. When I started DIY, I thought 25R12s5p540Wh was a big battery pack. But the battery pack I recently built is 50E12s8p1728Wh. Wider ranges tend to pursue better riding comfort. I do not want to experience unpleasant vibrations at long mileage. I think that the wider the range, the more disadvantageous the hub motor is.

Kaly, Lacroix, Bio board AT, these are the evolutions that ESK8 should take.

I think what @Kaly is doing with his drive train is ideal when you are talking big battery, long range, pneumatic, all terrain cruisers. Belts are problematic when small debris is on ground.

The hub motor you sold advertised for high specs and was heavy. 30Q10s4p was a large capacity battery among the commercially available complete boards. It was a heavy class board advertising the range. About 12kg. It seems a bit unreasonable to advocate a casual street board.

Ride quality is a sum of many factors, prioritised differently from person to person.

I can think of one aspect of ride quality where hubs are suffering: transfer of vibrations from the road and various bumps. There are ways to absorb most of these before they reach your feet (flexi deck, shock pads, even gel shoe inserts), though they can have tradeoffs like less lastibility. But there is such a thing as good enough -for me hubs are good enough, for where I am riding them (mostly average quality pavement, mostly average quality roads). I cringe and slow down before I ride over some specific stretches of bad pavement on my commute every day, but they are a small part, the rest of the time I don’t feel/think about vibrations.

I would put minimal rolling drag as another factor of riding quality, and this is where hubs win, 100% of the time. For me that is very important -I like accelerating in bursts and feeling that my board rolls effortlessly between them.

Negative factors like heat dissipation don’t have the same weight to everyone universally. In some countries ambient temperature gets to 30-40C often, but where I live now it is between 0 and 15 something like 75% of the year -and rarely gets over 25.

Other things -like mentioned- maintainability. Motor mounts and belts can be a fucking pain in many ways. During the wet months where I live, dirt/mud/shit gets stuck in belt teeth and gears. I ride to work every day and am a lazy bastard, can’t be asked to clean stuff frequently. Clamp mounts also have a tendency to get loose or move laterally on the truck with time. With hubs I know I pretty much only have to worry about the bearing. If someone innovated finding a way to make the motor bearing easily replaceable, hubs would win this in every possible way -but they still win by far.

In the history of ESK8, there has always been the pursuit of ride comfort. 110mm and 120mm wheels. 6 inch rubber tires, etc. Hub motors seem to be against these trends.

There is no inherent reason that hubs can’t support big wheels. I think the hubs of the Backfire Ranger show this beautifully. It is harder to make hubs transfer as much torque to the wheel at a 1:1 rotation rate, but it is doable.

Kaly, Lacroix, Bio board AT, these are the evolutions that ESK8 should take.

There is never going to be one evolution, because there are enough people that prioritize things differently, and nothing comes without a disadvantage. But if there had to be one thing to exist and if esk8s reached wider adoption, I think the mass market would vote for hubs. Convenience is a big driver.

[PS] By the way the fact that Enertion failed doesn’t mean that R2 failed as a proof of what’s possible! It had a lot of QC issues as we know, but when judged by a best sample, I think it did prove you can have a hub-based board with that much torque perform reliably enough.

It will be your own problem. The disadvantages of a hub motor may not matter in your environment. What about the ESK8 market as a whole? Own board, Wowgo, Exway, Backfire and major Chinese manufacturers are also adding belt drives to their lineup.

I think a cheap hub motor is good. Tradeoff between ride quality and price. I do not deny all of the hub motors. But Enertion sold a $ 1500 hub motor board.

There is no reason to think that my environment is less representative of the “ESK8 market as a whole” than your environment.

And it was well worth that, when someone got lucky with the QC of its parts. People loved riding R2, all the heat it got was for parts braking or wearing down quickly, often injuring them in the process (things that come to head: trucks snapping, outwheels wearing out too fast and not gradually, software and hardware problems with some Focbox Unities, BMS prone to failure). These are not things that can’t be ammended.

Why hasn’t there been a manufacturer following high-spec hub motors since the failure of Enertion? Can good QC compete with high-end belt drives and gear drives? The answer is that we need to wait for a really good high-end hub motor.

Transfering a large amount of torque through belts/gears is easier than transfering it 1:1. R&D on hub wheels is expensive, belt-drives on the other hand have the advantage of using parts that are developed, tested and improved for multiple applications anyway, so it makes sense that they are more popular as a choice by manufacturers of high-performance prebuild boards, due to lower risk and cost.

However the fact that custom solutions like TB direct drives (which are essentially trying to provide the benefits of hubs without their shortcommings) or even Hummie’s hubs keep being developed and get enough attention for so many people to take the risk of preordering, clearly shows there is much interest for something that doesn’t have the shortcommings of gear/belt drives.

But because you mentioned the wider Esk8 market previously, let’s not forget that high-end prebuild boards is a tiny part of an already niche market. Hubs have more challenges to overcome and much space for improvement, no doubt. The point of balance between reliability/comfort/convenience of maintenance/performance/cost/risk of using something new/effort to find and purchase something custom is different from rider to rider. For many, hubs already strike the right amount of balance, others indeed have to wait (or stay with belt drives, if they’re perfectly happy with them).

@onloop also stated that a motor supplier was needed. When manufacturing high-spec hub motors, hangers are also specially designed. PU sleeve is also dedicated. As you say, a drive with a commercially available outrunner motor will cost less and less development effort. High-spec hub motors have learned that if they fail to manufacture, the risks are too high. It is doubtful that even if a high-spec hub motor is successfully manufactured, it will have a significant benefit. I think the risk is even greater if a manufacturer other than China develops it. I think this is a potential drawback of the hub motor.

Who knows, perhaps even direct-drives like TB DD will render hubs redundant eventually in the high-spec market, I don’t see any technical reason for the opposite and I’d be happy with that.

The point I’m trying to make is that not one solution has to be “the best” for everyone. Hubs dominate the low/mid end market, belt drives the high-end market. There are good reasons for that, however, if someone is determined and accepts some caveats, it is possible to find high-performance hubs right now and in the foreseeable future, and they do have some benefits that we’re all familiar with. Whether these outweight their negatives is up to each individual to decide -but the fact is that there are many individuals that find riding on high-specced hubs (or direct drives) a more enjoyable experience overall and it’s good that they always have that option, even with some effort

Our next-gen would have been about 20-30% more efficient in the same size. increasing voltage would have helped also. @Deodand design he was working on.

How would increasing voltage make the motor more efficient? I’ve never heard of that.