Why does my slave VESC keep blowing?

I’m on my second blown (DRV error) slave VESC and have no idea what is going on. Bought two motors and VESCs from DIY. Ran BLDC detection on each, etc. Followed this set of instructions on configuring CAN bus. Everything seemed fine. The board ran great, for a half mile until I started going uphill it started stuttering and I noticed that only one wheel was getting power.

Turns out the slave VESC had a DRV error. I couldn’t find any obvious visible issues with the VESC and I wasn’t exactly sure why it blew, but I thought I probably hadn’t insulated the leads well enough. Ordered another one (this time with the warranty) which took a few weeks to receive. In the meantime, I removed the second motor and put at least 100 miles on the board with a single motor/VESC. Zero problems. Up/down hills, all over the place.

Received the new VESC. Carefully ran through motor detection and everything. Over-insulated every lead and used CAN bus to connect the VESCs. This time, I got about 2 miles on it before I ran into the same problem, again which I noticed again while going uphill. Sure enough, same DRV error.

I’m not even sure where to start looking or what could be causing this. Any ideas?

Can you please post screenshots of your BLDC-Tool config of both VESCs, so we can have a look if there is some gremlin in the settings?

maybe a simple Y cable should be better than CAN

Maybe your second motor is broken. So that it produces a short

Drop the max erpm on each vesc to 60k

Here are the screenshots of the BLDC-tool for both VESCs.

Drop the max erpm on each vesc to 60k 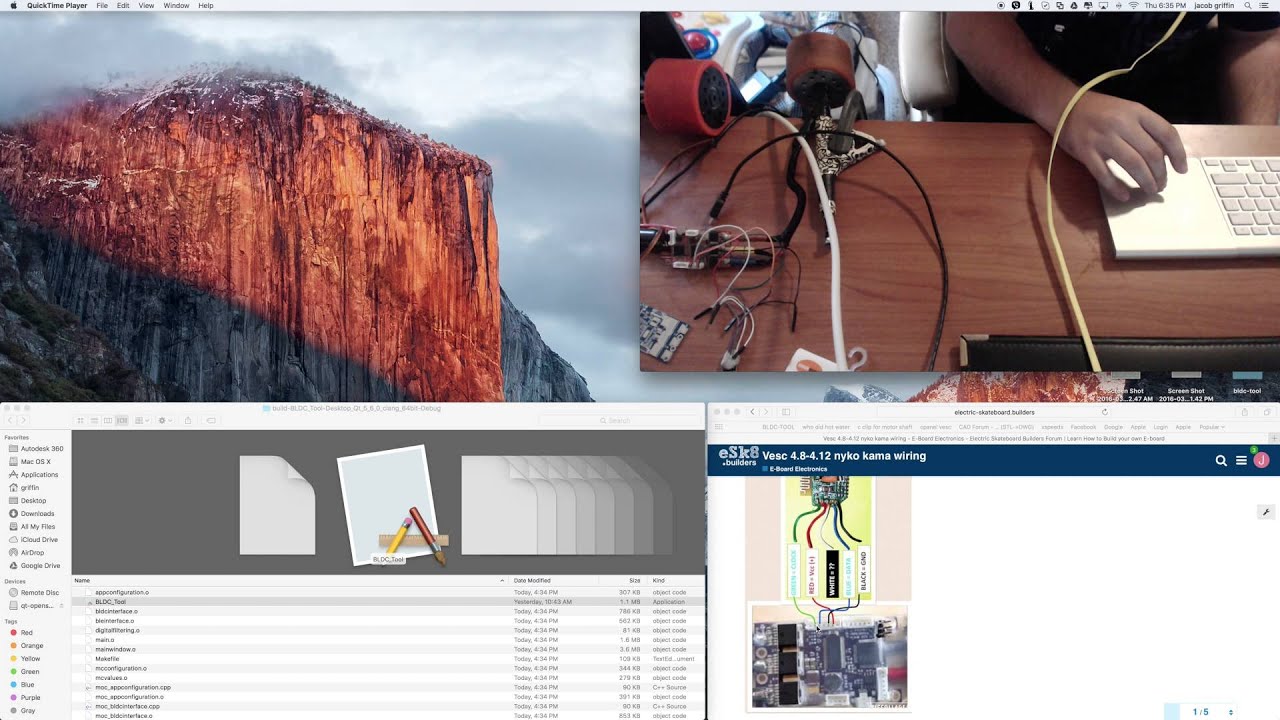 Batt max needs to be halved for dual vescs

Outside of your settings it sounds like a short in your 2nd motor.

Thanks to you and @JohnnyMeduse. Would that make sense that it would blow the DRV? Or should I still suspect that 2nd motor?

That could definitely do it. Also, one more big one to check. It’s called Max Current Ramp Step in the motor configuration advanced tab. Double check it on both the master and slave. There’s a bug in some iterations of the firmware that multiply it by 10 each time you write the configuration. That’s what killed the DRV on both my VESCs

You should try the @Akmaniac BLDC tool, seems to be more stable and less prone to this kind of errors

Thanks for all the help and advice. I’ll let you know how things pan out.

If I’m not mistaken, the ramp step current bug was in the VESC firmware itself, not in the bldc tool. It’s long been resolved (8 months maybe?), but I’m sure there’s a bad copy of the firmware floating around somewhere and if you download the wrong one then you’ve got it.

@meercat oh yeah, they’re touchy until you’ve got them set up just right, and then they’re a dream

You don’t even have to reboot it. Just read and write a few times. Start it at .04. If the parameter changes, get a different copy of the firmware (and if you’ve ridden with a high value, then you’ll probably need a new DRV chip). If it doesn’t change then you’re good.

PSA: Remember to reset your max current ramp step when programming your VESC

I’ve downloaded BLDC tool for Mac fairly recently and the “Max Current Ramp Step” bug still seems to be present. For those unaware, when you read and write config on the motor configuration tab, the Max current ramp step field under “advanced” will multiply by 10. This can possibly be fatal to your VESC so remember to reset it whenever you write to motor configuration.

I’ve heard the issue was fixed, but i’m unsure as to where or what versions it’s fixed for. This information is accurate as of 5/30 (when I downloaded BLDC tool) off Jacob’s site (vesc.net.au) for OSX firmware v2.18. I can’t confirm if this is happening on Linux/Windows.

EDIT: This issue is fixed on latest f/w revisions by @jacobbloy and @elkick. Not sure who else has updated f/w’s uploaded, but these two have confirmed bug-free versions. The version will still be 2.18 so you won’t know if you have a bug free version until you test it out. Information accurate as of 8/28/16

The which one now? There’s an alternative??

Yes. It’s an alternative to the BLDC Tool that most people use.

Though I will re-iterate my point in my previous post: the max current ramp step bug is the only bug I’ve ever seen related to writing the VESC config, and it was NOT an issue with vedder’s BLDC Tool, it was an issue with the firmware on the VESC itself, so it wouldn’t have mattered what tool you were using if you have the bad firmware (though a new, modified firmware is required to use @Ackmaniac’s version, since it adds some great features). I have never seen any issues with BLDC Tool before (so I’m not sure about the claim of better stability). Granted I’m usually on Mac, which is much closer to Linux (which BLDC Tool was written on and so may be more stable than on Windows)

They are not touchy. I have never had a single failure due to the current ramp step bug we had in the past. If manufactured with care the vesc is very robust and reliable. Guess what happens when you outsource manufacturing to the cheapest bidder.

Yes, but they still are prone to user error.

Agreed, but everything is susceptible to that. If you choose your vendor wisely you can still have it repaired for little to no cost regardless of the cause.