I measures the motors KV to be something around 270. Its 63mm diameter. It gave me like 50Km/hr top speed with a direct friction drive on another vehicle I will not talk about here. I think it’s in Delta, so I can change it to Wye to get around 160 Kv.

This esc is good to 6s but I have a VESC coming in soon.

Doesn’t look like the motor mounts Ive seen around will fit my trucks… I have a router that I will cut some custom mount, if possible.

Im heavy, like 100 kg and will not climb much, 40Km would be nice. Single drive for lower cost. 15mm belt I guess?

Batteries are not an issue, I can assemble pretty much any voltage with all the Lipos I have lying around here.

Really worried about the VESC dying on me… I want to keep it safe. I’ve read stuff 1000 times and am not confident on what to do not to destroy the DRV.

shoud the trucks be moved to the underside?

They are called drop through trucks, that’s how they are supposed to be!

Btw you might want to regrip the board before you ride it!

I think you didn’t understand @ScottyB , if I mount the trucks on the underside I will have a bit more clearance for the batteries and motor. Not??? of course at the expense of stability.

@ it right now. LOL. Also, the motor shaft was cut by the person that owned the motor previously… I think it won’t be enough… Shafts are easy to get by… oh my… more $$

I have a board with drop through trucks and they are designed like that. If you want more clearance I would recommend topmount trucks (trucks like on skateboards). Just make sure you get longboard trucks because my friend made the mistake of buying skate board trucks for his longboard before.

I can’t say I’ve seen a good direct drive motor so good luck and I can’t wait to see the finished project!!

My mistake after doing some research it appears you can but you will have to take the truck apart.

I think what I wrote is a bit misleading. The motor was used as friction drive on a different vehicle, actually it had a 50 mm regular skateboard wheel attached to it driving a big wheel. It would equal to having 50mm wheels with a 1:1 gearing. On 6s with an 80amp ESC on BLheli the thing just screamed… dangerous because of no brakes though… LOL

My mistake after doing some research it appears you can but you will have to take the truck apart.

For sure, or else how would someone be able to get them in there

Thanks for the replies.

@torqueboards has already hooked me up with a VESC now am really excited to get this thing ready. There is a great place to ride here in Rio on the olympic boulevard. Long stretches and no cars.

The ride along Rio sounds awesome and really jealous!

That board looks like it’s got some miles! A quick re-grip and i’m sure it’s ready for a lot more. I would keep an eye around the mounts as i see some cracks - also being a heavy guy make sure it’s not stressed and may fail on you at speed (that would suck).

If you are able to make your own mounts - this will be pretty straight forward for you.

Clearance for the motor mount likely will mean you need to move your trucks to bottom mount under the deck. Even if everything else clears the clamp portion of the mount usually sits right where it’s in the way. It’ll depend on your trucks for sure and not being there it may not, but i bet it will be tight or hit at lean.

I would suggest Aluminum vs Fiberglass for the motor mount portion of your mount. Aluminum will be stronger, and conduct heat from the motor (acts as heatsink) helping it cool a bit more. Enertion uses a carbonfiber mount on one of theirs, but it’s also pretty beefy (and doesn’t aid in cooling). I’m not sure GF/FG is up to the job strength-wise.

Especially the thin sections at the clamp/rotate side - those thin interior walls i would be very suspicious of and imagine they are an early failure point of GF.

Wheels - you’ll have to drill through the eurothane to mount your wheel gear. Being only 70mm they are a bit small so you will have less ground clearance under the belt/gear. You can run a lower tooth wheel gear to help clear - but this will also equal less torque/start-up speed and acceleration, and poor hill performance. Maybe not an issue on the flats in Rio - but the hills will be a problem - especially for a bigger guy.

The duro of those wheels at 80 is going to be hard - so a lot of bump/vibration will be transfered. Not a huge deal, but on long rides you may feel it and be tougher to ride for longer distances/time. Especially if riding on rougher roads. Bigger and softer always helps, but if you are trying to stay within a budget, or just use what you have vs ordering something new - i think it’ll work for the first try. You may upgrade later to get it to ride better, softer, etc.

If you have some fabrication skills and can work with epoxy (assuming so since you talk about making GF mount) - take a look at whitepony, okp, and others who recess the batteries into the bottom of the board. 18650 cells are only 19mm(ish - vary a bit) - so really can be a great option. But you’ll need to reinforce and protect them (like any battery really).

Look forward to pics of the project - and pics of your ride through Rio!

wow @sl33py thx for pointing me in the right direction.

yes, it has some miles LOL, the hills are incredible… but getting old for that sh17.

while I have already pulled all the grip, might as well give it some glass both sides, since im putting the trucks on the underside, I’ll cover up the mount holes before, giving it some extra beef… great you touched on this point.

yeah the board is on the rough side for my regular streets, are softer wheels less efficient? not that I care really. I wont fool myself, hill climbing in Rio is gonna take 2 motors for sure.

I would love to make the mount all aluminum, but Id have to buy 2 different gauges cause I dont want to cut too much. Got 10mm alu on my way already for the grip. The motor has been run hard with GF mount and had no issues. I don’t fabricate the GF, I buy 2 and 3 mm boards and cut them up on the router, piece of cake ( wait for wheel pulley

Ive found these wheels locally that I can think of later: 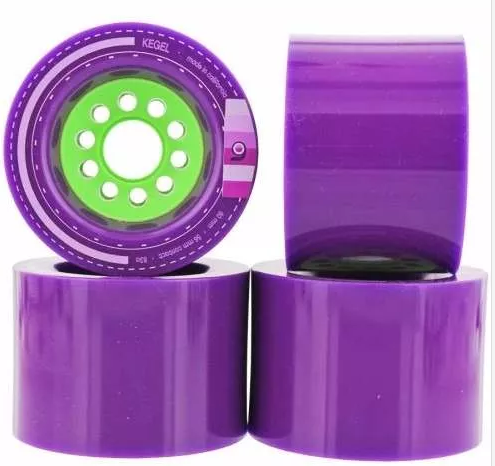 there like 90 bucks here. I didnt find any chinese wheels with spokes/holes locally.

will it help to freeze the wheels before drilling? or nvr mind??

With the help of mr @JuniorPotato93 for the design I routed the wheel pulley out of 3 x 3mm GF plates. faster than printing and way more resistant. 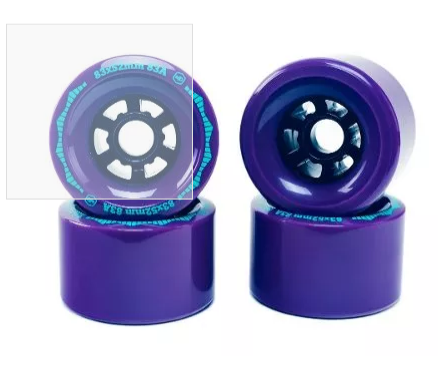 is this one OK? read some models will not work well: got a lot done today. 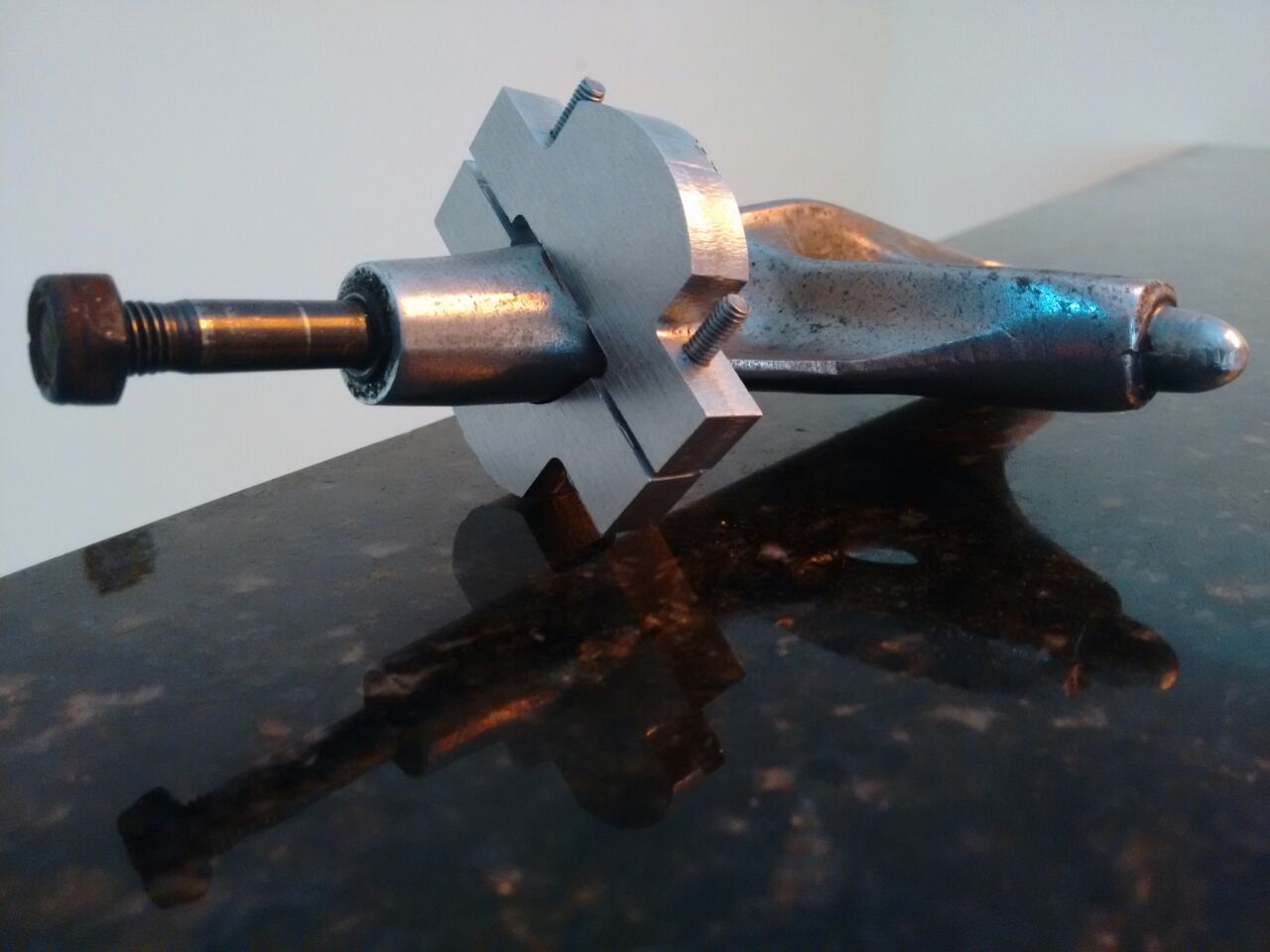