USB port ‘missing’, to be used with METR or CAN only

Might be able to get a servo and CAN wire 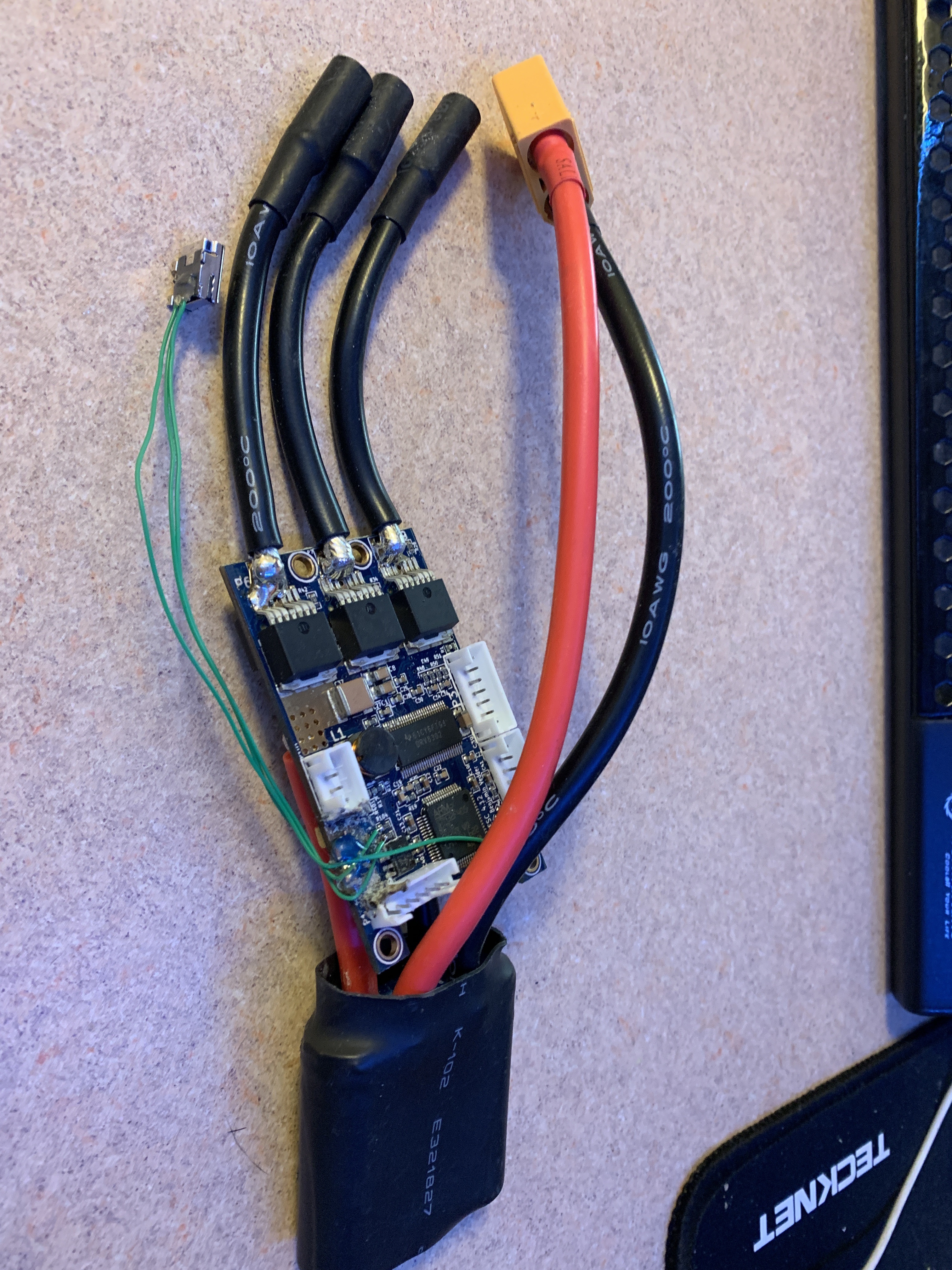 How do you keep doing this?

Less than a mile of use and completely usable, damage to USB port only (needs Bluetooth to program)

How much do you want for it?

why do you want to get a new one? your not losing any functionality with the usb port? you can still program it and every thing so…

$190 shipped in US…heads out Monday

Would you be willing to ship it to Austria (Europe)?

How much effort is that? Extra shipping gets tacked on so I doubt it will be worth it

Please end me…I literally made that same mistake an hour ago, thanks

How do you keep doing this?

To be fair, I have accidentally ripped off two USB jacks myself

ffs, do you guys know how much force it takes to rip a usb c? at that point the traces are prolly ripped off too.

You got it man

be me. fucking dumbass, think I can have nice things. research electric skateboards for 2 months straight. get parts, nice parts, MayTech stuff. doesn’t fucking work. get upset. roommate starts making electric skateboards. they fucking work first try and every time. resent his ass like there’s no tomorrow. get to the point I can test my motors on a bench. toast the ESC. get sold a Unity for only $200, think my luck is turning. Unity comes in, its a good day. put it on some cheap hubs, its my gal Elpis getting ready for the road. fuck up configs and the hubs literally jumped onto a computer. have a heart attack. fuck around more. it works but it has brakes of marshmallow. ride it to the dorms. nearly died in a intersection in the first 15 minutes of riding. plug it back in. lean over to press enter. lean on the remote. it drives at max power into the wall. the port is left behind. I cried internally for weeks. still crying about it internally. I have 5 escs…the only one I didnt brake is a dc motor esc. I broke the motor. I hate skateboards

anyways…I cant sell the Unity because I don’t deserve a better one and its a waste of money, but I need the TB gone eventually because it haunts me for my inadequacies as an engineer and skateboarder, and I’m actually too poor to use it since I already have a board running and a much better one in the works

Does anyone else ever feel like a utter mess and fuck up and do stupid shit and think why the hell am I like this? I nearly broke the TB, one of the MayTech motors, and shorted my battery while trying to test it in the most awful way. It gets better right? Eventually it works right?

I’ve promised I’m not changing or doing anything but ride until I’m sane again…hopefully parts come in around then. If I don’t break anything again, I might get a longboard running Unity/dual MTO 6355/Paris/ABEC 90s/15:44 belts off a cheap 10s…fingers crossed

I need to stop, I don’t think this is healthy anymore…how do you curb skateboard addictions?

They weren’t USB-C, they were the shitty ones (Micro USB)