I like the look of the small one, but I really don’t like that they went with a “wide waist” on the big models. I like the “thinner waist” of the Vanguard…

Expected something new. But nope.

at least a bigger battery…

Yeah, and neither are they using Orangatang Someone didn’t finish their job

“Briefly explain the technology and the added benefit to the customer” Not the biggest fan of the mini but if i can sell my unikboard today for like 300 euro im freaking buying it.

Edit: apparently just the link broke. The site is working.

You are selling it?

I was no no one bought it so if im selling it, its not for 300 euro anymore.

I like how they used the battery enclosure from the “vanguard” model and added an extension for ESC’S. keeped the curves to match the deck and everything. Well done

All that aside, I do like what they’re doing with their own decks. Wonder how they perform. 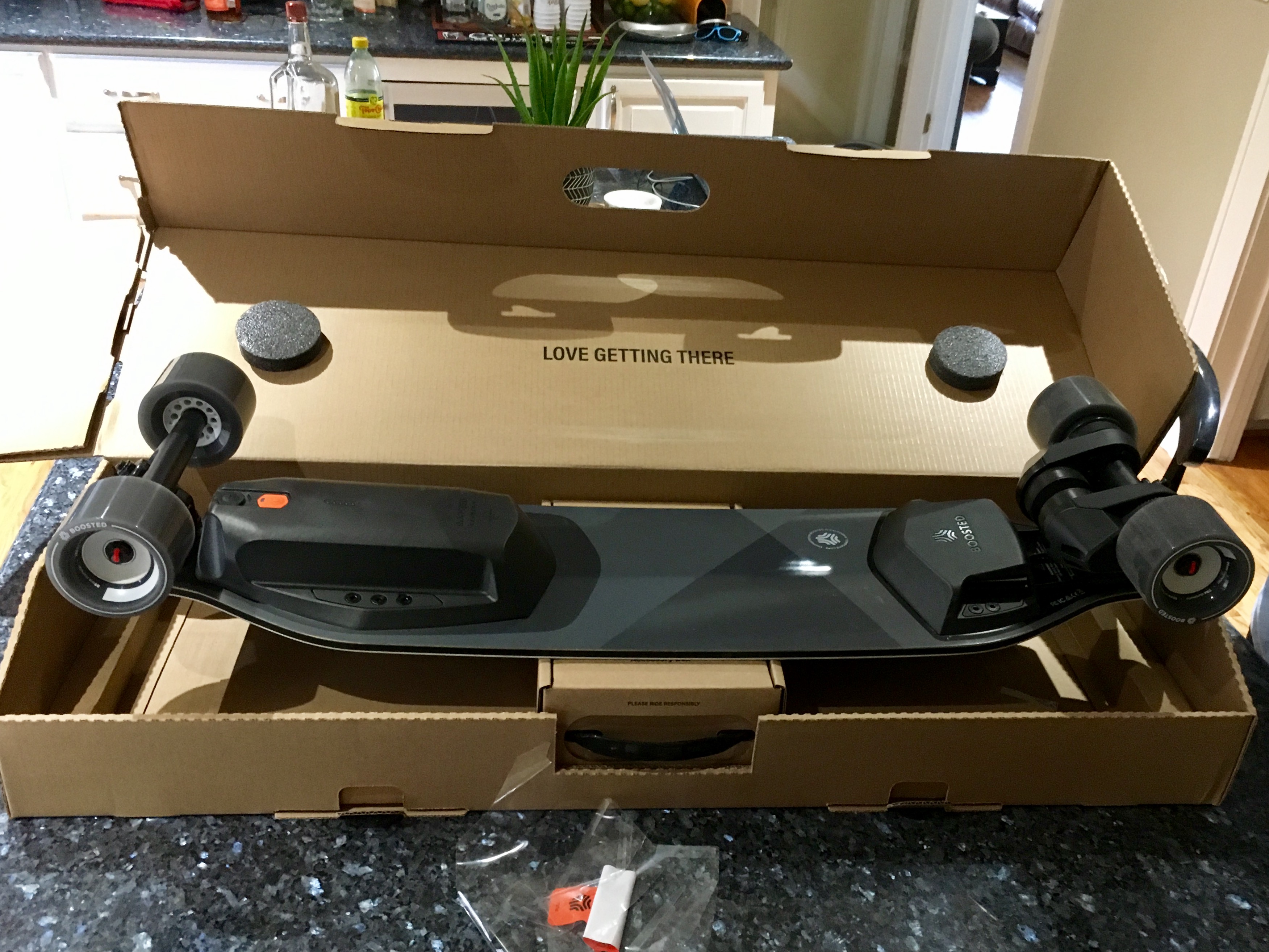 I like the idea of the new boards, however, I like my loaded decks. I have a gen 2 dervish that has NEVER let me down. When I got my v2 dual + 3 weeks ago I could’ve waited a couple days to get a Stealth, but BB had the v2 + in stock locally at 2 stores and it was on sale for $350 cheaper. It was a no brainer for me. Picked up an extended battery for it and enjoy my 11 mile rides. Ive ridden an evolve bamboo gt and although I actually really like the board and the ride, I hated the remote. The trigger for accel/thumb button for brake was a terrible design for my liking. I won’t get another boosted board until they make some major changes in technology (ie 20 miles or more on battery life). If they haven’t gotten there when I am in the market again I’ll look at evolve or mellow so I can choose to stick with a vanguard deck.

I have a gen 1 dual plus with one of the motors burnt out, dont really want to pay to get it fixed as im building my own DIY currently. Are there any parts of the Boosted I can salvage?

After talking to my local skate shop, he was saying that Loaded was leaving boosted, not the other way around. There were talks of Loaded making their own electric board.

Not sure how accurate this is or not, but it would be cool to see what they do.