i want to have a 8s2p battery consisting of 4 x 4s 5000mAh 25c batteries ( this one ) i know how to hook them up to make it “2 packs” of 8s in parallel but how do I charge them ? Ofc I want to charge them all att the same time if that is possible. I am willing to invest in a expensive charger if necessary.

I know @trbt555 is really good at this stuff and have made some awesome diagrams befor mayby he can help.

Any contribution is greatly appreciated!

Otherwise split - charge as 4s, though you will.then get capacity x4 for charging and from safety perspective it would also be better to charge at once smaller pack

Hmmm but how do people ho have 10s batteries charge then ? And I still would have to charge the 2 “8s packs” ( 2 x 4s in series) one by one and how do I do with the balance cables?

Thank you anyway for the tip

Typically anything over 6s is going to be Lion with a BMS. If you are talking Lipos in series, then using a balance charger with x2 4s to 8s adaptor is about your only choice.

I can’t seem to find exactly that

You would prolly need to make your own adapter then. If you cant find 4s x2 to 8s x1

Check ebay for 8s jst connector. I believe it needs to have 9pins. 1 positive, 8 negative.

Check charger i mentioned. It is in blue color and quite beefy.

Otherwise consider getting some bms. Im not sure though how great does they work for lipos 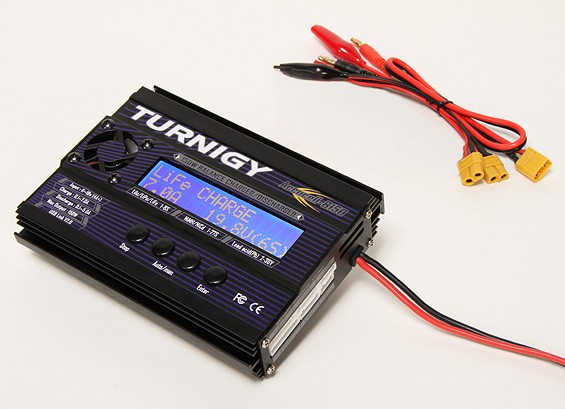 Find many great new & used options and get the best deals for 8s Jst-xh Connector Balance Silicone Wire CellLog 9 Pin at the best online prices at eBay! Free shipping for many products!

This is the cheapest you can get it I think! Also im not sure can you get these in Eu… at least I didnt see them on hobbyking… + 8s seems not be a popular choice, so it is hard to find much for 8s

You combine the previous cable with this one:

This way you should be able to plug your 2X 4S batteries into 1x 8S cable (when soldered together!)

EDIT: You can also buy 4 of these cables and then just wire/solder them to one 8s cable…

Unfortunately, I could not find one from china! This is from usa… When going with multiple battery packs connected, the bad part is the wiring…

You will also need to adjust the lenght of cables (make them longer, for example) to make it comfortable to reach the balance charger from your battery/board!

I also would advise to buy silicon balance leads, they will be a lot better than these tiny/cheap ones. (the ones shown, should be silicon wire already but im not sure will you order the same items at the end!)

Found an alternative, looks like some UK vendors also have these cables in stock:

Look it up, for some of the cables, the quality might not be the same. but the one I gave you here, looks quite ok!

To join 2x 8s batteries, you will need to make a parallel connection… Unless you charge them seperately / one by one… which wont be fun I think…

Text diagram, to make it easier for you:

Good site to compare / take a look at balance wires:

So yeah, you can actually buy 4s x 4 female cables with wires, then solder all of them to one 8s 1x cable… IT will look something like this: 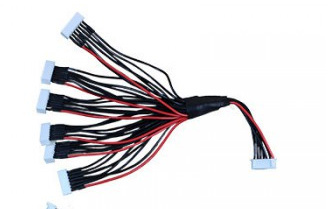 Wow! So much great information! Not at home right now will look more closely in to it wen I get home and give a more detailed answer.

yeah… spend some time… and decide how you do it… wont be as easy to change something later! Also get all your supplies at once… so there’s not much waiting time for little parts… (like connectors or wires)…

If you got that ~60-70 eur for the charger, I would say go for it… you might save a bit by going with ‘‘weaker’’ 50w 6s charger, but your wiring will probably be a bit different and you wont be able to monitor cells/battery as closely, as with this setup…

Now compare that to 50w charger…

By the way… with this big battery, I believe you should be able to ride around 28km as your battery should be around 284 Wh. (I derated it a bit, to 9.6ah x 29.6v) Typical longboard consumtion is ~10wh per km

This is without hills… if you got them… probably around 20km is also achievable possible, depending on hills… will be some really nice long distance eboard

soldering will be no problem as I have soldered electronics many times before.

at the exact moment i read this i relist two things.

But all is not lost! I still need 1 or 2 of the JST-XH cables you found for me. Because I think i found a solution to my problem that requires them! will post my solution just need to draw a diagram to make it easier to explain.

Ones again thank you even if it din’t solve my problem directly, the info you gave me was 100% necessary for me to make my own solution

you can always check cell state (of each pack) by yourself! Just leave the wires somewhere, so you can access them!

You know, you actually have ‘‘simple config’’… Take a look at li-ion packs… Some people build 6-10cells in parallel, You will have only 2… Of course lipo seems to go out of balance after a while (less stable) but I think 2P config is not that bad…

The ‘‘math’’ is in the fact that cells in parallel should balance each other out… so let’s say, if one cell is a bit weaker, the rest of the cells (the other pack, in your case) will need to ‘‘balance it out’’.

I think it is a bit worse for ‘‘series’’ cells, as they dont get balanced between each other… If one of your lipo packs will go bad, you will probably see that in total voltage of the pack… or the capacity wont be as good as it should be…

Im not sure will you find 16s charger…

and motors / esc / electronics here also does not support 16s…

IF you compare, then it seems that BMS modules some ppl use (instead of balance chargers) sometimes does not balance cells like they should or they mess up / cut of the energy too fast / too early… and you wont even see what bms is doing… unless you check by yourself all the voltages…

So yeah, I think you should stick to 8s 2P… I think you now understand that 4S 4P is a lot worse… way bigger pack and less chance to see the actual voltages…

I think the problem might be in that we use ‘‘hobby chargers’’ which usually dont have as high voltages as we use… So that’s why they are usually only 6-8s capable.

you can always check cell state (of each pack) by yourself! Just leave the wires somewhere, so you can access them!

I am still not sure about charging the 2 packs of one JXT- HS 8s balance cable. how often would i have to check ? and is charging that way safe? don’t it reduce the longevity of the batteries?

i think that is what i will do! and have a Duo charger like this one or just charge the 8s packs one by one with the charger you suggested.

this is how i am planning to hook every thing up. I put in 2 XT90 S loop keys that are in doted boxes. Those two i simply remove wen i want to charge. 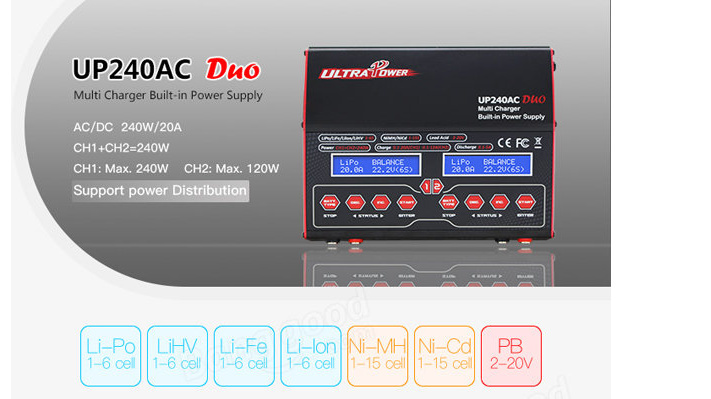 Though, it is a 6s charger, so you will have to split your pack once again… and you wont be able to escape the need to charge in parallel… if you got 4 x 4s batteries, your only chance would be to have 4 charge leads, 4 balance ports and then charge all of that on 4 port charger… (or 2 chargers with 2ports each)… does not sound very practical…

I could suggest you using 8s dual charger… unfortunately I dont know one, which would be dual and 8s… so far I only know turnigy reaktor with 4 ports (30a total or so)… it is quite expensive…one

hah yeh I had the same situation last year… I was so much into researching about eboard building that some other things had to step aside a bit… for a while.

Take a look at some of these videos / resources:

I think it will be easier to ‘‘convince’’ you to use parallel charging, than it will be to find a suitable charger for the situation you imagine. The ‘‘iCharger’’ series seems to have some 8s capable chargers but they are at over 200usd in price and Im not sure how easy it is to buy one (+ tax will be also on top of that, probably)

This guy chargers a ‘‘ton of batteries’’, look at him: 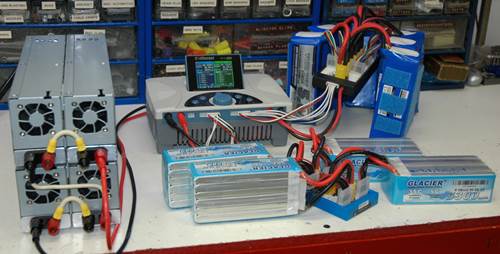 Understanding Parallel LiPo Charging & How To Do It Safely.

Are you wondering how Parallel LiPo Charging works and how safe is it? Let's look at the facts, pros & cons, tips, advice, equipment, & more.

And he is doing that for 6yrs already… there is just some ‘‘common sense’’ knowledge you should be aware of… like dont charge if batteries are way too off from each other etc… you just need to rig it all up, so you get some sort of insight at what level are your batteries before charging (that is if you want to make 100% sure everything is as it should be). 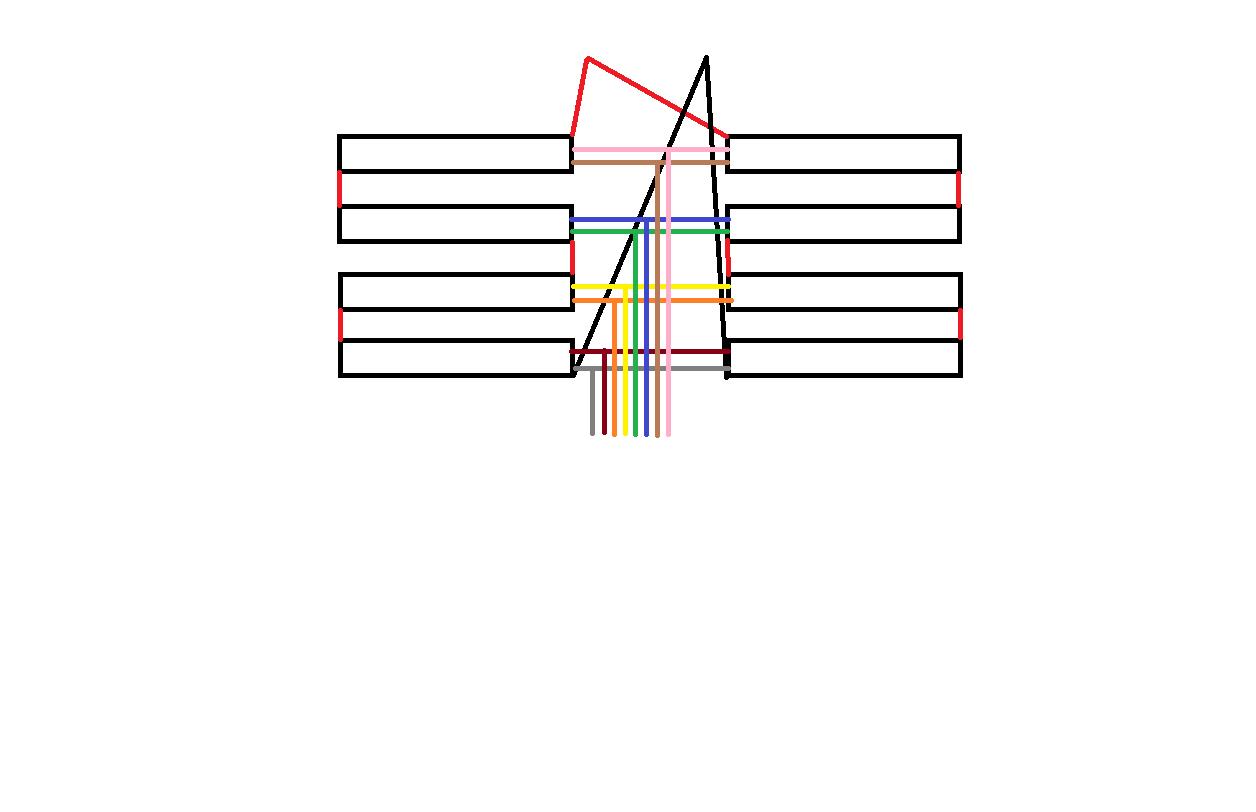 Would it be possible to do an 8s2p setup with a bms? I’m wondering because then all the cells are not monitored, only pairs of cells. This means that one of the pairs could be very low and the other high and equal a normal voltage. Would this ever happen?