Anyone here live in Peachtree City, Georgia? This place looks like ESK8 utopia 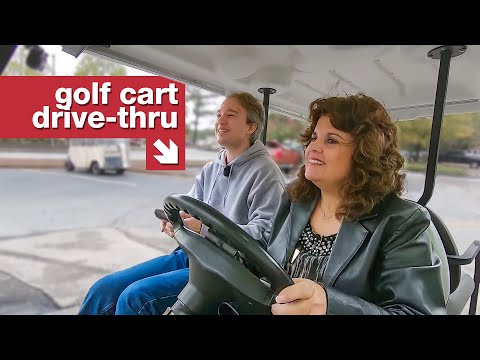 lol im from atlanta. i have a friend that lives there. Yeah its fucking sick. pretty much everyone owns a golf cart. its a pretty rich area. i dont think they would like bunch of middle aged men goin 30mph on skateboard. but hell i would love to rip on those golf cart paths.

Haha I’m middle-aged (46) and would love to know why you think the typical electric skateboarder would be middle-aged. Income allows better toys?

I vote for the next estate convention in Peachtree city!

This is exactly what I was thinking.

This is exactly like my neighborhood haha. I only started building this damn skateboard because I couldn’t afford a golf cart like my asshole neighbors. You better believe I tear it up on their golf cart paths at night. Been meaning to post a video of my golf course ride. Son just happens to be getting a gopro for Christmas… Convenient

Tom Scott is one of my favorite youtubers and he’s been doing a stretch of videos based in my home state. I saw this video and thought the same exact thing for it being paradise for eskate. I already knew of this place, but it just never really occurred to me about skating on it.

We in Croatia have a few islands where your not allowed to drive cars or basically use gasoline so everything is electric, and all the people there are old Croatians who lived in America as they emigrated there. example: island of Molat idk if you will be able to find much pictures

“…Heres MC Donalds” hahhahahahahha yeah everything around and nobody left behind hungry as well. nice place for eskating for sure.