So, after a couple of months researching and ordering stuff from all over the world, I finally finished my first electric longboard. It has been finished for a couple of weeks now and I tested it a lot and changed stuff or tried to improve some things. These are the parts I used: Enertion motor mount Enertion wheel pulley Enertion motor pulley Enertion wheels Two ZIPPY Flightmax 8000mAh 4S1P 30C connected in series Apollo longboard of Amazon VESC from esk8.de Turnigy Aerodrive SK3 - 6364-245kv Brushless Outrunner 100A BMS and 5A charger from Supower of Ebay XT90 Anti-Spark 1s-8s Lipo low voltage buzzer Lipo safety bag FS-GT2B transmitter and receiver Bullet Connectors and cables wooden strip and steel sheet for the casing

To match the motor mount onto the trucks I had to file them down to give it a angular shape. To make sure that the motor mount doesn’t move I used pieces of a garden water hose. That worked in the beginning. But until now, I still had to improve the motor mount setup because I didn’t file the truck down symmetrically. I also had to file the motor shaft so the motor pulley would fit with the keyway. To connect the batteries, connect it with the bms and the lipo buzzer, I used a luster terminal. After soldering the BMS, a Anti-Spark-Loopkey, the charging terminal and the Vesc I started the Motor detection on the vesc and it worked. But, I didn’t get the GT2B to work. So, I asked around and finally figured that I made mistake by connecting the ports in the wrong order. It finally worked.

Other Problems that occurred during the first couple of weeks riding:

“_the charger will not stop until battery_pack fully charge to 33.6V._If the charger stop charging it, because the BMS protected, some battery are_full at 4.2V (shorter capacity), but some still need to continue charge, the_BMS will keep balancing but if cell capacity with much difference and BMS shut off when fail to balance the battery cell._The BMS start balance on 4.16V with trickle current 45mA until battery full at 4.2V, so as the charger, the charger finally charge with trickle current to make battery full”

Therefore, I had to buy a charger which is able to balance my batteries now. The problem is that chargers above 6s are really expensive. I bought the junsi icharger 1010B+, which is still expensive but one of the cheaper ones in comparison to some others. I still charge the pack with my 5A charger, but sometimes the cells drift and I have to balance them again with the icharger, which is kind of annoying. But besides that, the board is a hell lot of fun and everybody looks jealously at you when you pass them. For my next board I’m going to use Li-ion LG HG2 cells because I don’t want any drifting. Thanks to the community here for the help and reading material to give answers to almost all my problems. HI , I am building a electric skateboard and in the process of ordering the same motor you have. However I saw its picture in the website and don’t know how to connect the pulley to the motor firmly. Can you let me know how you did it, thanks

Yeah, you have to file down the motor shaft to give it an angular shape and then use the keyway and some loctite to make sure its tight.

Hey, I am wondering how you connect LED to the board. Those LEDs are LIT! 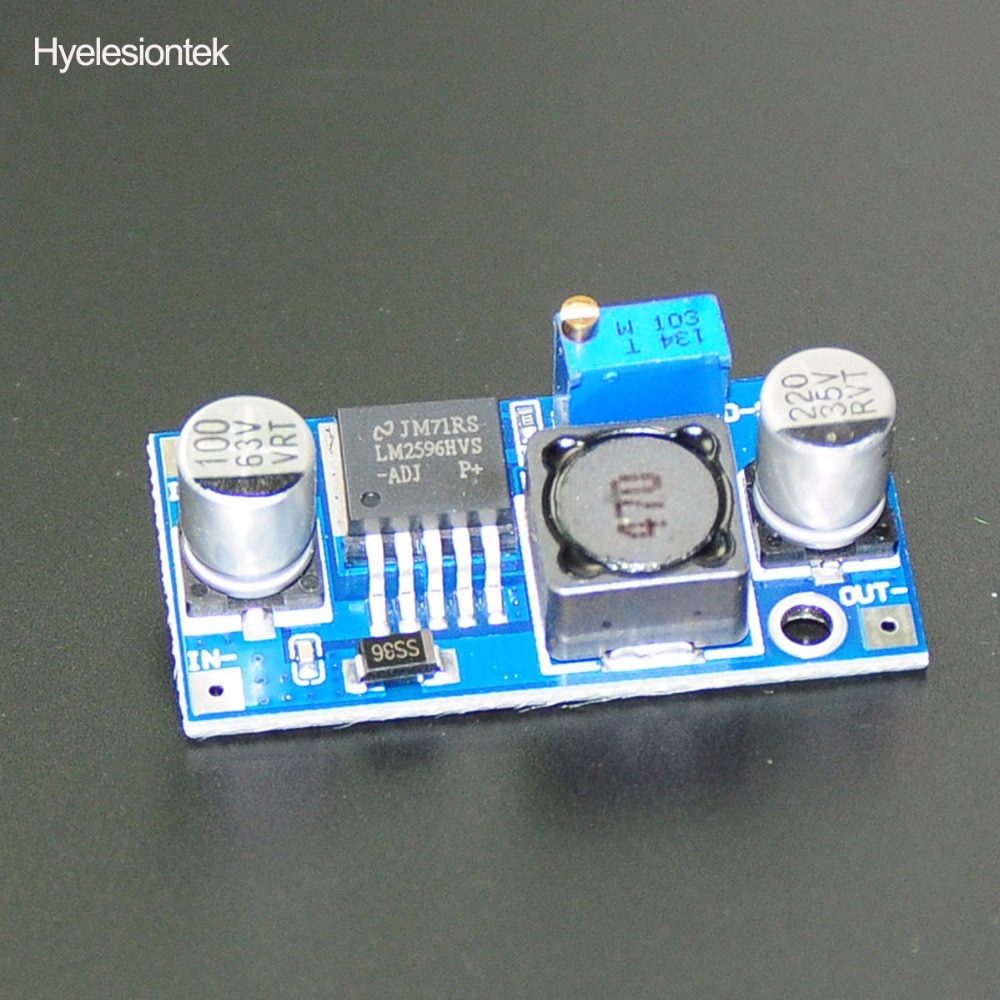 Use one of these. Connect it to the battery and convert it down 5 v and then hock it up to the led strip
1 Like