Building this board for someone local who saw a board I previously made someone else, and wanted to get one for himself!

going with an all black theme except for the wheels, either orange or green. I think it’ll look pretty sweet!

ride quality on both bike paths and roads was a big concern for the soon-to-be owner of this board, so I went with two different wheel choices so he could try them/see a comparison before settling on one.

Some pics before the build gets rolling! Every time I see that deck my heart skips a beat.

yep, this was partially inspired by @t1m0007’s build, so check his out because it uses the same deck and space cell!

@cmatson it’s definitely big & heavier than id like at times (not practical for running lots of errands) but god damn is it fun to go on a nice hour long cruise. starting to get everything ironed out- all the parts are here except the motor, which USPS conveniently lost… a new one is on the way and will hopefully be here Wednesday. This board should be finished by the end of the weekend!

Only part left to finish up is the remote from the last post- for now, here are some pictures: The thing I’m changing on all my newest boards is the t nut/ threaded insert being under the griptape. Looks more stealthy.

Other than that, awesome build

I agree with you completely, but honestly don’t mind the in inserts being shown above- the deck is already plain in top, and the inserts are neatly placed in a row, so I feel they just add a bit to the board.

I guess it’s everyone’s own opinion. I like it as stealth as possible, but some others may not. made a couple remotes this weekend… The orange one is for this board.

I will be delivering this beauty to its new owner soon! Love this deck too. It’s awesome…

What are you using the kicktail for?

I have the torqueboard mount and caliber II trucks. You will need to make a metal spacer shim and hammer it on the trucks and tighten that mount real good. If you don’t it will keep moving and you will issues with belt adjustments.

utility, useful for quick direction adjustment at low speeds, really useful for getting the board off the ground into my hands, etc. looks nice too, for some reason i like asymmetrical board designs more My first build. Still working out the kinks of Vesc.

Heres my kicktail I thought I’d miss but this deck has a lot of features you have to own it to really understand. Kicktail are useful for sure though but why choose. Just get both lol

wish it was easier to add some kind of kicktail functionality to any deck, possibly aluminum beams using a riser as the mounting point? i dunno there’s that venom slicktail but it looks kind of janky on any board 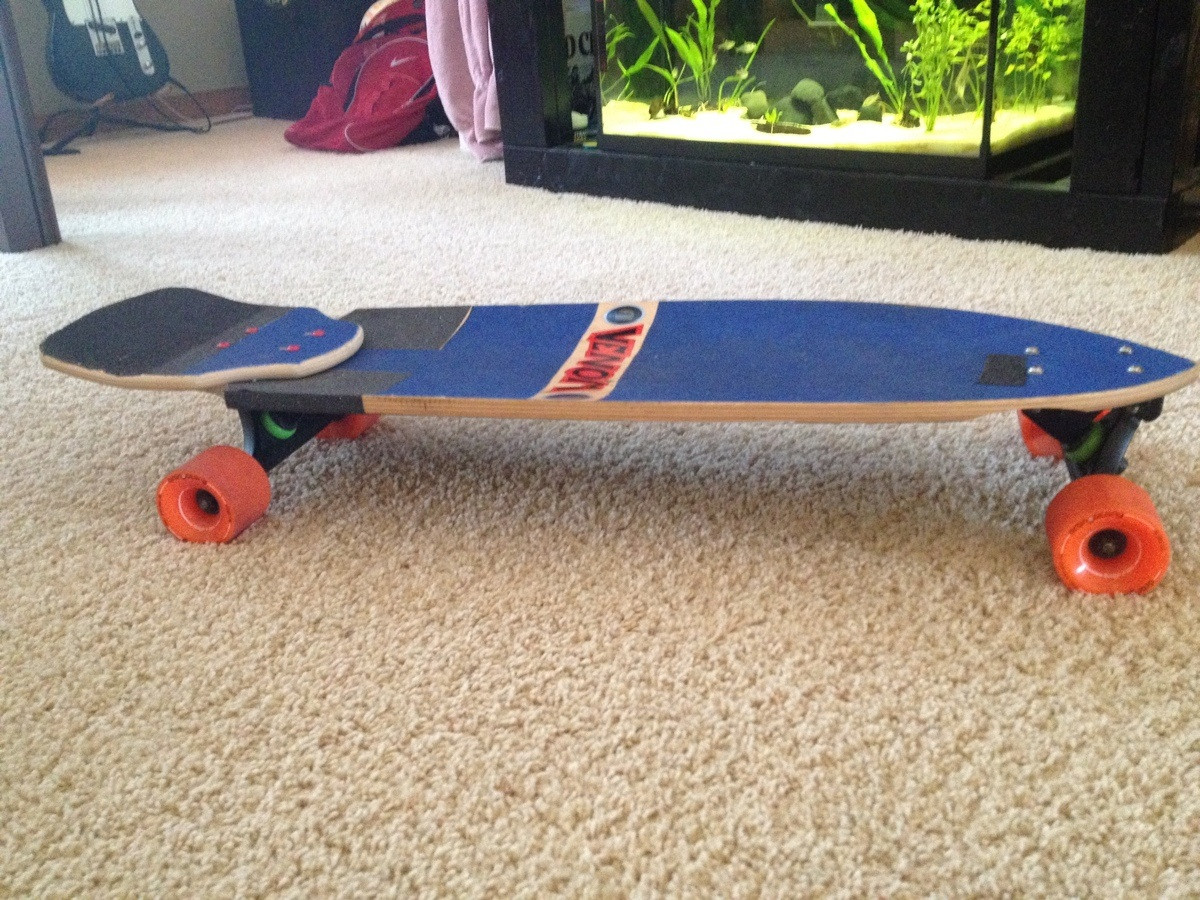 I was actually thinking about this last night. I was considering aluminum, mounted in between the base plate and the deck (essentially in place of the riser) with a rubber gasket on each side. You could put a piece of 1/4 or 3/8 6011 stock on a break and make the incline of the substrate ins seconds.

I will see if I can mock one up if I get some time today.

it’s certainly worth a shot, but a couple potential caveats i just thought of

-it’d probably need to be cross braced at the least. -it needs to be angled such that it rises above the deck line, otherwise it’s not much of a kicktail, but that could potentially catch the back of your feet since it isn’t a smooth surface. This might be mitigated by using thin aluminum sheet covered in grip tape? Or just literally making a sheet out of grip tape itself and taping to the aluminum -if it’s only attached in place of a riser, that’s a relatively thin spot relative to the deck’s width, might be able to mitigate that by making the bracing wide so it basically hugs the underside of the deck, this is so that if you step on the corner of the kicktail it doesnt like, twist the whole assembly and potentially twist the trucks right off.

i have no idea if anything i’m saying makes sense. woe is me without a scanner and sketch paper at work

also i’m visualizing this in terms of aluminum extrusions which are used in 3d printing because they’re stiff AF, light AF, cheap, and standardized