So here’s the deal… I bought two 5s 5000mah batteries with 5.5 mm bullet connectors to connect in series. I also bought a VESC and a pre-made series battery connector (both with XT-90 connectors), and a 1-6s lipo balance charger that unfortunately came with an XT-60 connector. (Photos below)

I found some adaptors on amazon, and would like confirmation that they will actually work. https://www.amazon.com/Battery-Connector-Bullet-Connectors-Female/dp/B01D8XC3EG/ref=sr_1_16_sspa?s=toys-and-games&ie=UTF8&qid=1509232867&sr=1-16-spons&keywords=bullet+to+xt90+adapter&psc=1 Additionally, I found an XT-90 charging cable for the balance charger which I think will work, but again, check twice buy once. https://www.amazon.com/Battery-Charger-Charging-Cable-Bullet/dp/B071VSWMSP/ref=sr_1_1_sspa?s=toys-and-games&ie=UTF8&qid=1509232665&sr=1-1-spons&keywords=xt90+charging+cable&psc=1

I’d just like to know if they will work, or if there is a better adaptor out there that I’m unaware of. 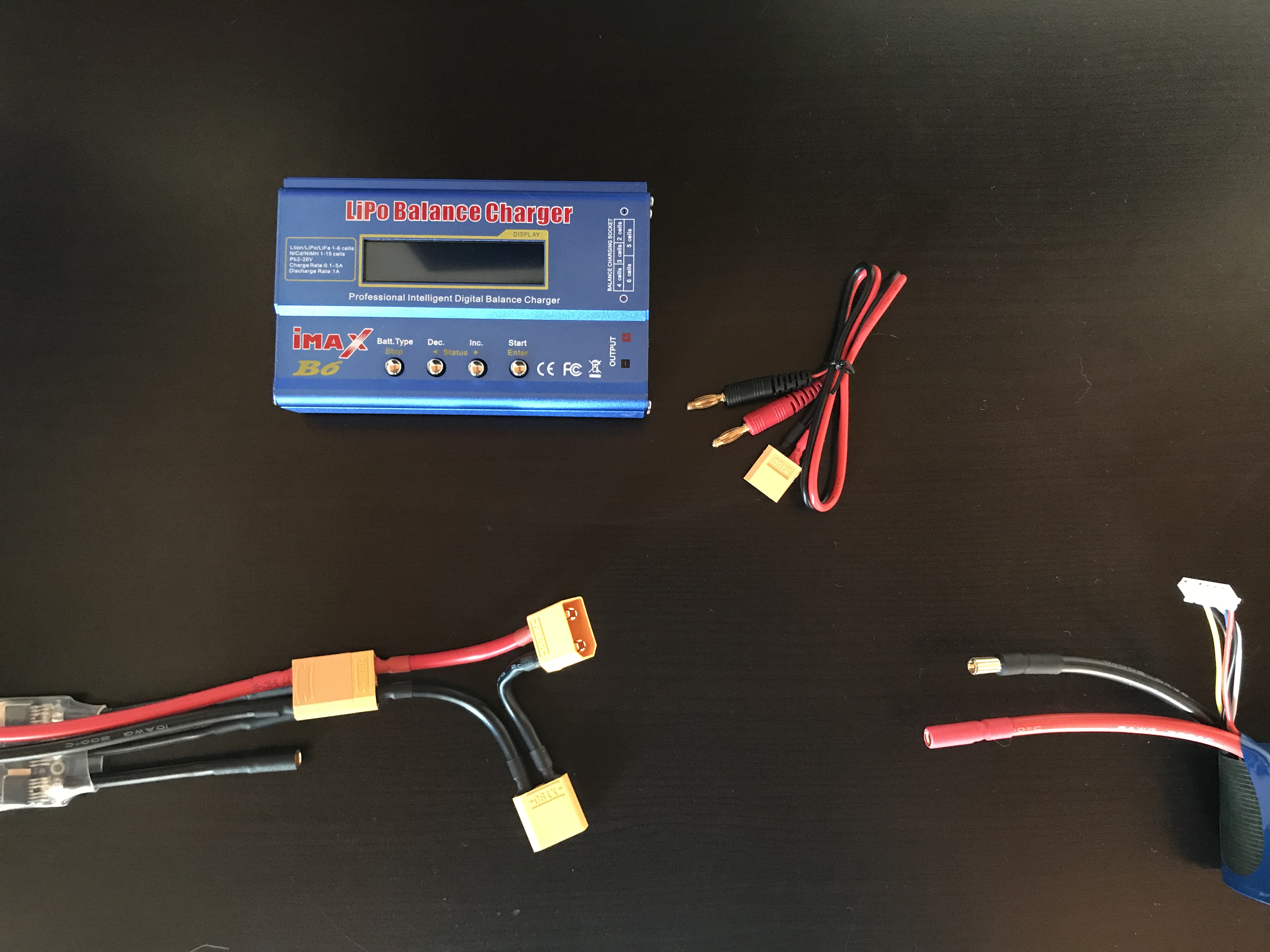 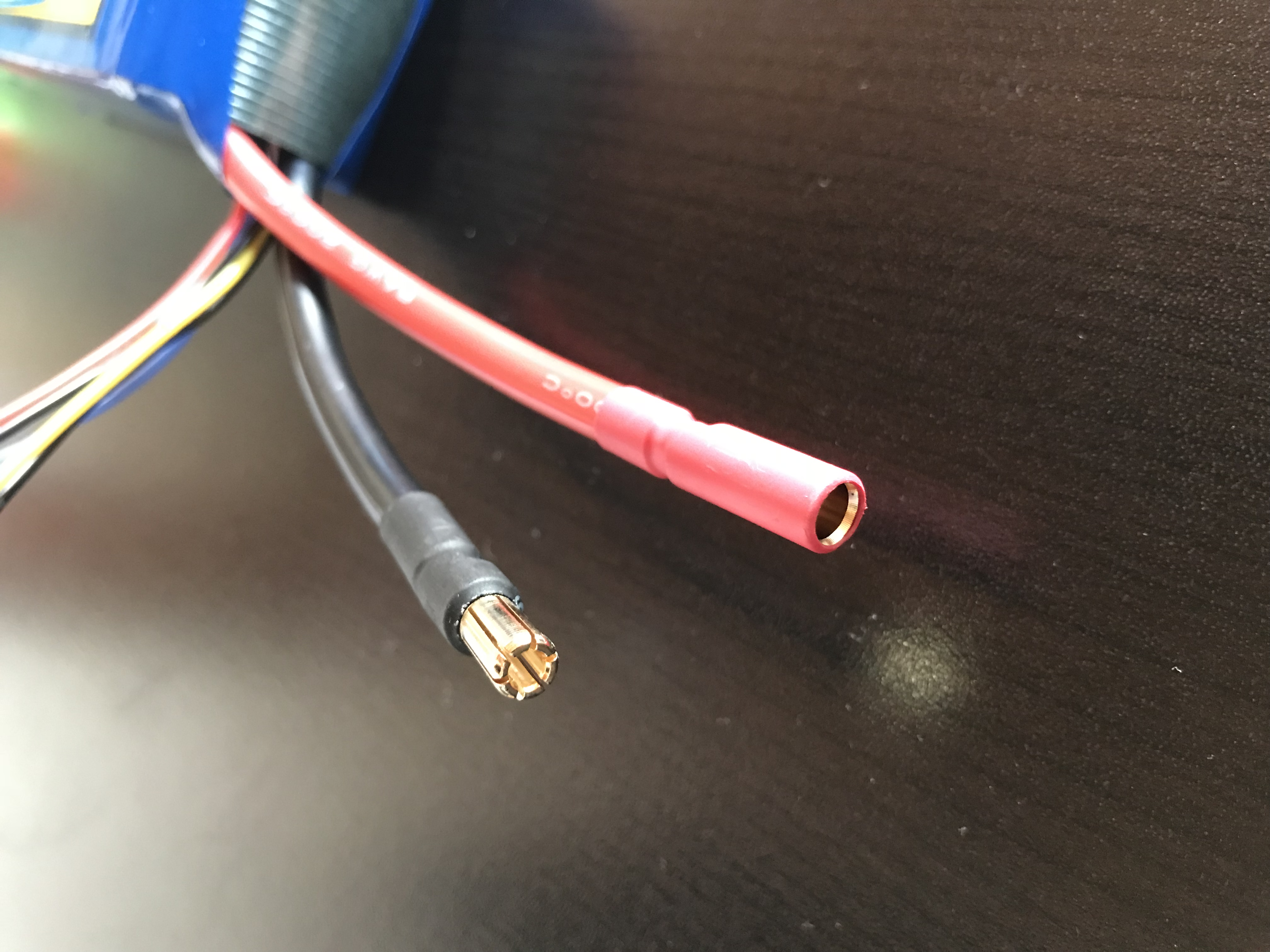 Best thing to do is just solder your own connectors,that’s what most of us do rather than buy a bunch of adapters

I mean… wouldn’t I then have to buy soldering equipment, and risk damaging my expensive electronics with my soldering skills, or lack thereof?

I’m confused. How are you planning to connect your batteries to the series adaptor? The first link you posted are just the XT90 plugs, they wont do anything for you unless you solder them, they are not plug and play.

I already have the series connector. (In photo connected to the Vesc, on left side)

Yea but your batteries are 5.5m bullets.

Your most likely going to have to learn to solder it will make things much easier here. Even though you haven’t soldered before practice makes perfect

So, you’re saying that there is no such thing as a bullet to xt connector? 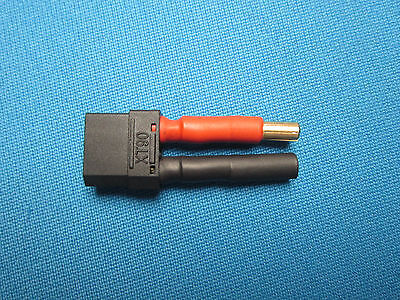 if you do buy this, the series adapter is kind of pointless as you can just plug one of the battery leads into the other battery.

Haha only a $5 mistake. That looks perfect though. yeah, I didnt realize the batteries didn’t come with xt connectors… thanks cryo

It’s kind of an given that you have to learn how to solder if you want to get into DIY electric skateboard. Like you, when I first began I had no soldering skills but after a few failed attempts. I kind of got the hang of it. So don’t want money in buying all these connectors. Do it yourself…

Please don’t use adapters… That doubles the chance of it coming unplugged and either starting a fire or injuring you from sudden loss of power… Just order the xt connectors and learn how to solder them on.