I’ve got a load of BMSs that I’m not going to use. All new, a few of them are open as they either came in a 2 pack or the leads came in another pack.

First up there is a 10s and a 12s version of this tiny BMS. http://www.bestechpower.com/37v10spcmbmspcbforli-ionli-polymerbatterypack/PCB-D503V1.html These do NOT balance. Use under supervision or with a separate balance circuit. £10 each

Also residing at the back of the drawer is a 10s Bestech HCX-D596. 80a Discharge with E-switch.SOLD

Postage at cost. Payment in F&F or cover the fees in G&S. 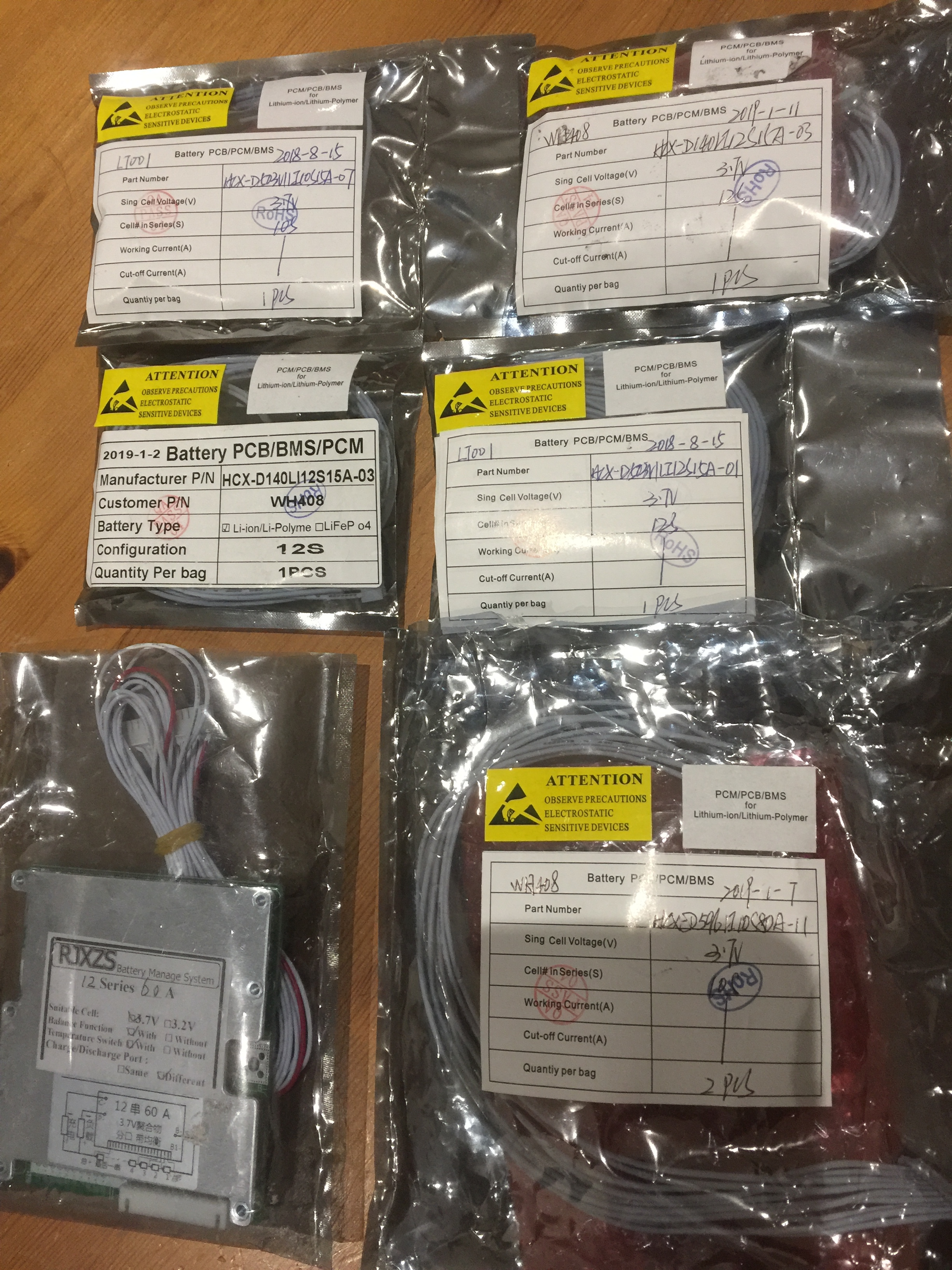 Hey I’m interested in the 12s BMS, but it’s been a while since I’ve been building boards so I just want to double check.

Hi, its good for a 12s battery. You could run it at charge only or use it as a 60A discharge BMS. I have been looking for the details on it but coming up blank so far! Is your battery a li-ion set-up?

Let me know what the payment details are and how much you need for postage.

12s so yes 50.4v. It should be able to go large letter so it’ll be cheap. Paypal ok for me. I am away on holiday tomorrow though and have missed the post office now. If you still fancy it in 10 or so days give me a shout then?

Sorry, that one is sold.

Yeah sure I’ll wait until then. Message me your Paypal address when you’re ready

Hi, is it still avaliable?

Hi sorry. None of this is left. Forgot this place was even here! Sorry. Mods please close. @nelson ?