I’m selling a 12S4P battery. It’s made from Samsung 30Q cells. Everything is brand new. The cells have never been discharged.

It was made with careful attention to safety and generous amounts of fishpaper. All series connections are reinforced with copper.

When I decided to sell it, I extended the xt90, charge port, indicator and switch cables so the buyer could have enough length for whichever build they choose. I added jst connections to the charge port and switch so the can easily be put into a new enclosure.

I’m only selling it because I have decided I have enough long decks. My next build will be under 30” so it won’t fit. That being said make sure you have a long enclosure. One of the pics below is it sitting in a eboosted evo enclosure. There’s just enough room for the battery and the foc boxes. 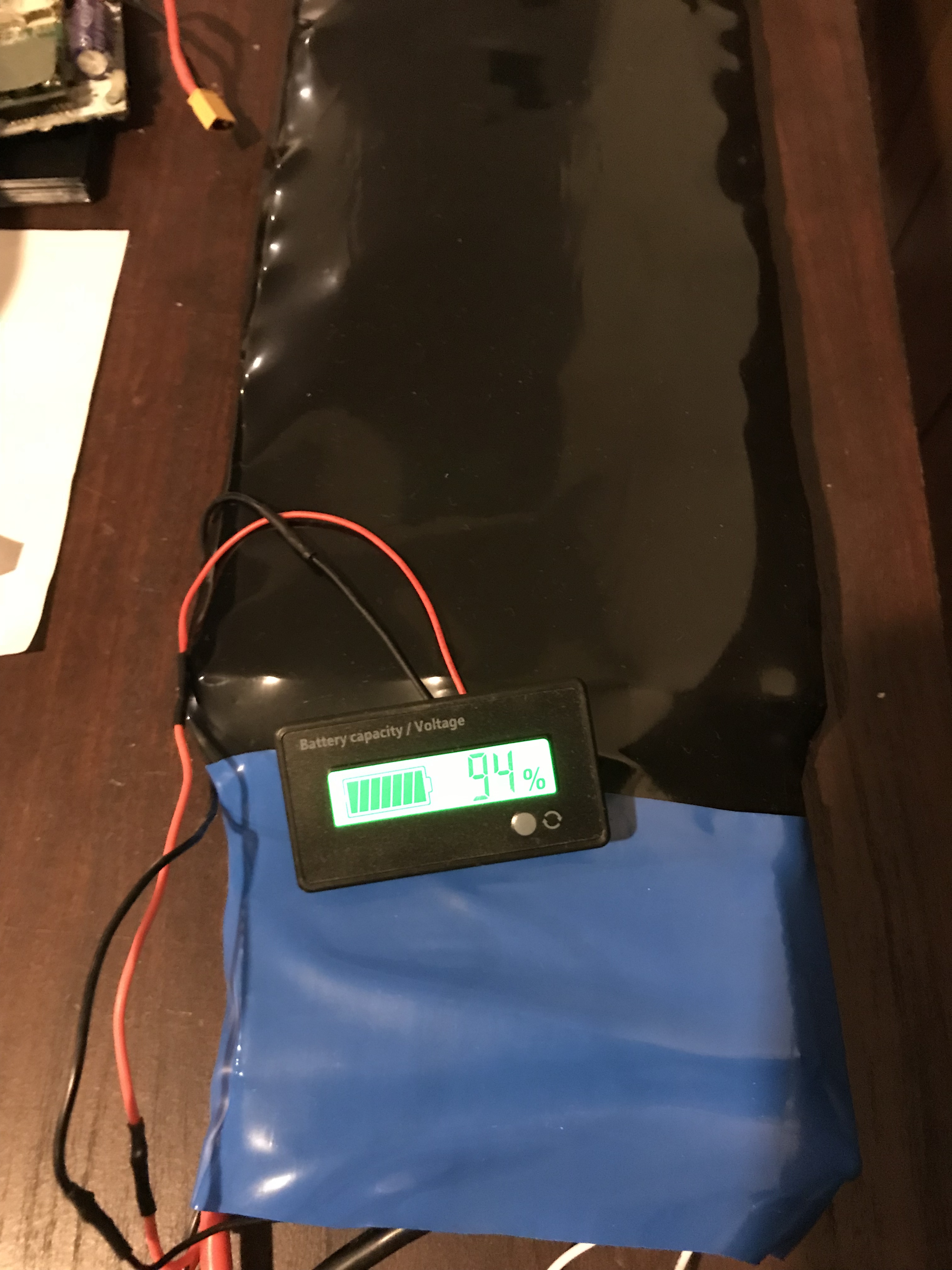 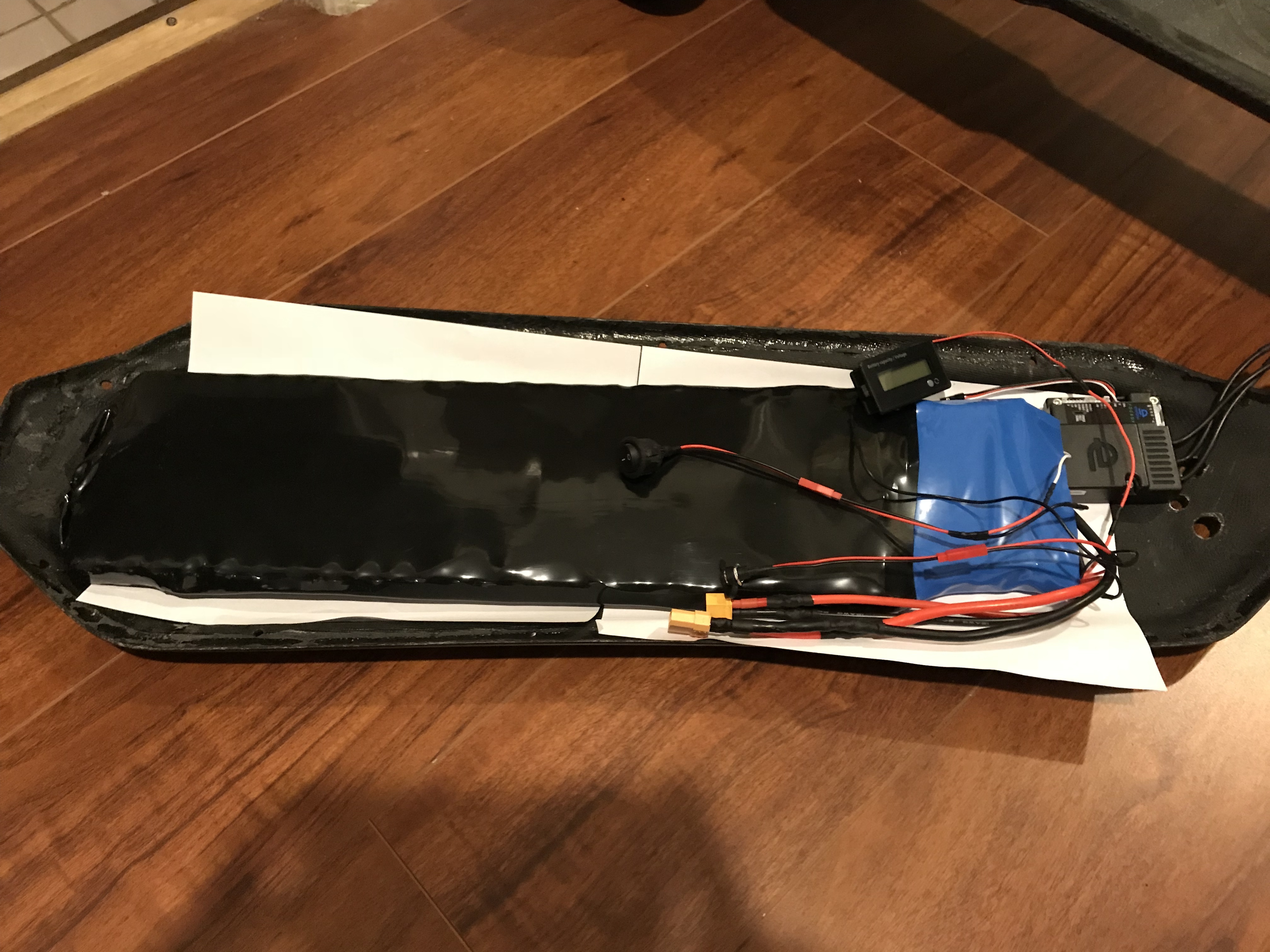 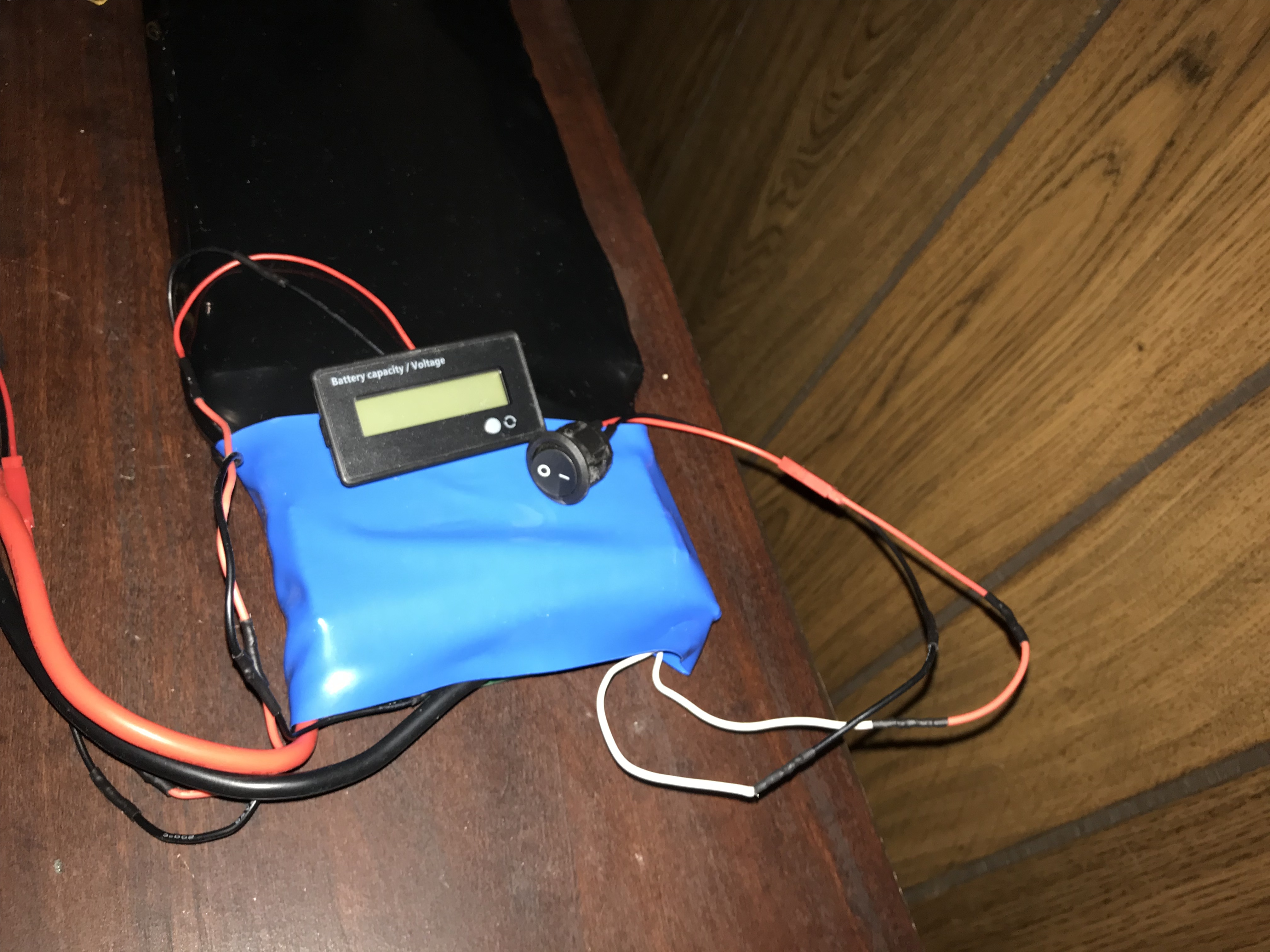 No takers. Looks like I’m gonna end up doing a red ember build to fit this thing.

its been a day

That’s the original evo enclosure from eboosted in the picture. There’s room on the sides of the battery for the power wires/adapters/connections and remote receiver.

Well damn. Nobody wants one this long I guess. If it would make anyone buy it I’d change the bms to a charge only with an antispark switch. The thing is the new bms is just as long (but only half as wide) as the bestech bms. The only way this would really save any room is if you arrange the charge only bms in one of the narrow ends of the eboosted enclosure saving the wider space for vescs. 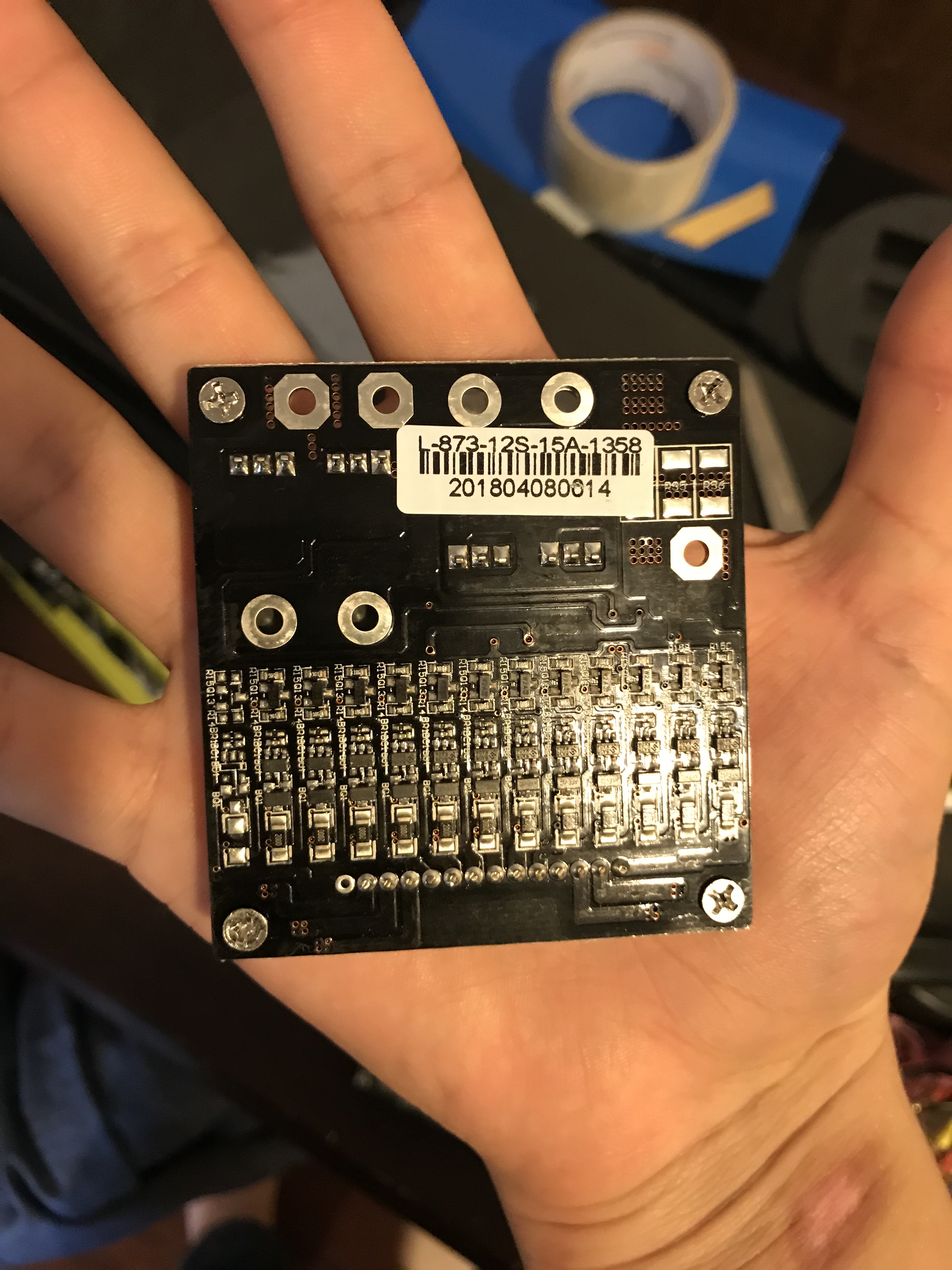 Ok guys I’m re-listing this for sale since nobody bought it last time. I think it’s too long for most people so…

I have a bunch of micro bms. If it’s too long with the current bestech d223v1, I will change to a small one and add an antispark switch. These bms are nice and small and save a ton of room. For example if your using the eboosted enclosure for the evo you can fit the bms up in the narrow part. The cells are 17.5 inches without a bms. 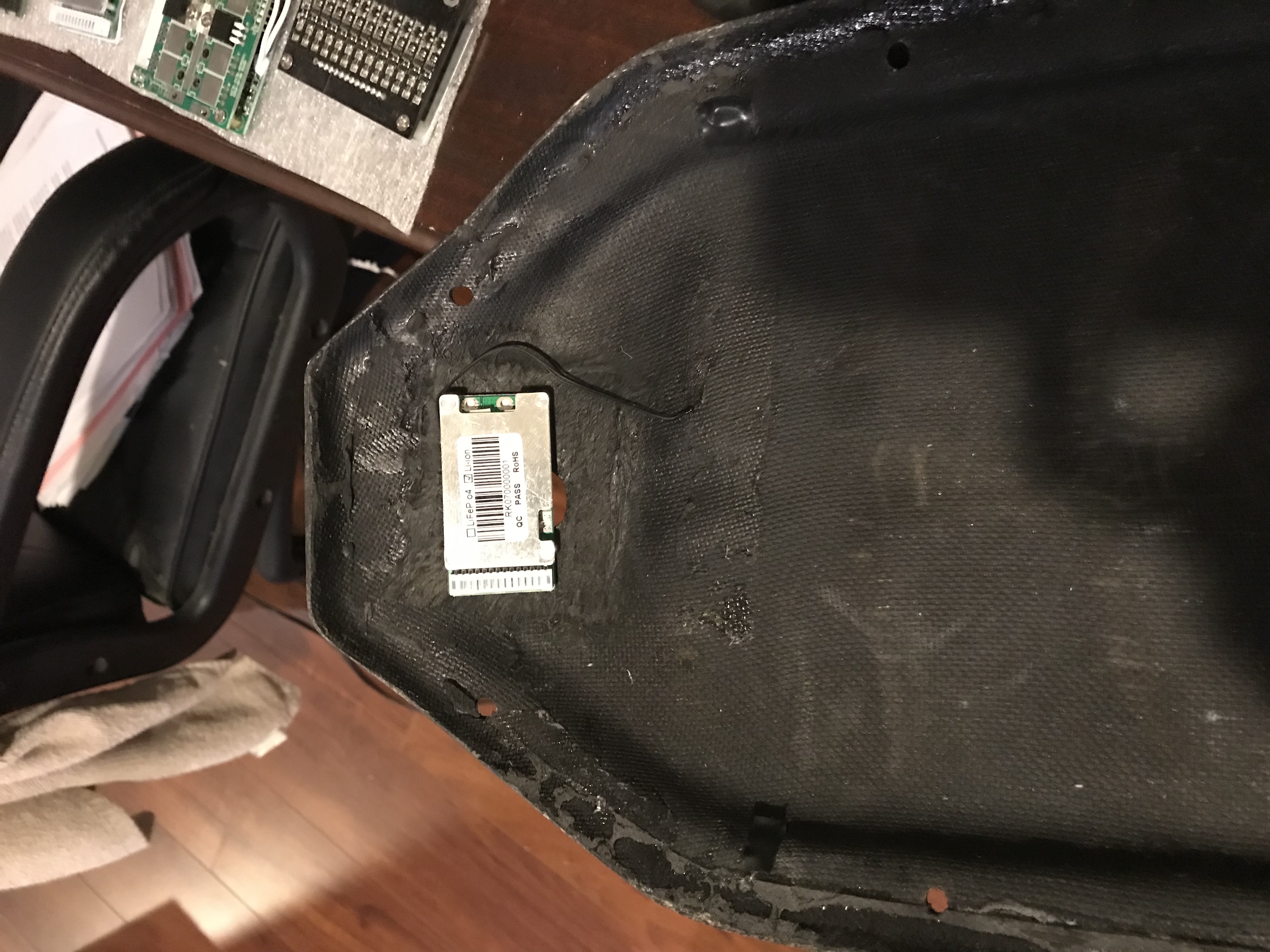 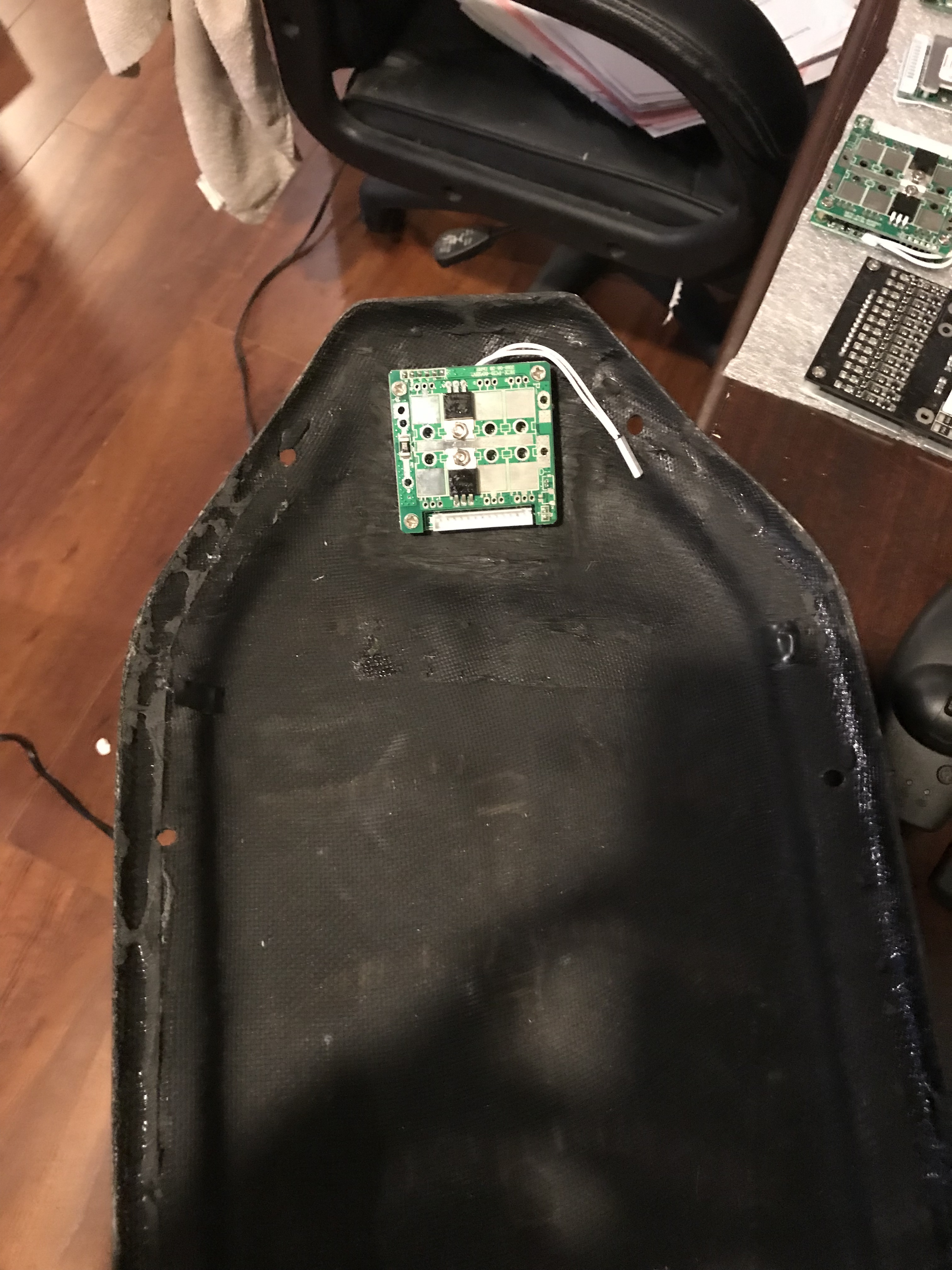 Just to get this sold I’ll drop the price to $350 plus shipping.

55 cm long 15 cm wide , 23 mm tall with the current bestech bms. If I change to a micro bms, the main body of the cells is 44.5 cm and the micro bms can pretty much squeeze anywhere.

Any idea on shipping price to UK

I really don’t know man. I would ship it, but honestly it would probably be cheaper to find a European seller.

Yea that’s fair enough, Im in no real need of it - I have one on its way and was considering getting a larger battery built. Thought if it wasn’t to expensive to ship it would do us both a favor.

Well I certainly appreciate the interest.

I guess just to get it sold. An extra $25 bux. It’s not new like the battery is.

would you sell just a micro bms?

Honestly you’d be better off buying straight from bestech. They have a two piece minimum but you can get two of any of these (must get at least two of each model you choose) for about $60 with shipping. I didn’t reallly buy these to sell, just to have on hand in case needed.

In short, I’d sell you one but you could get two for the same price going through bestech directly.

This has been sold. This thread can be closed.