Hello , i would like to start with my second build ( a mountainboard) before the winter. I was thinking about chaindrive as i bought a 2nd hand lilmidted edition okp mount from a very nice forum member

This is the mount: https://www.electric-skateboard.builders/t/okp-trampa-trucks-motor-mounts-kits-limited-edition/15537. The mount came with wheel sprockets (for superstar hubs) and an iso4b chain. As i am new to chain drive , i was wondering why everyone uses iso6b on their mountainboards. Are there any advantages over iso4b ? Will iso4b be sufficient for offroad or is it meant for street and slight offroad? I would like to use the mountainboard for 100% offroad , is iso4b ok for that? Grtz!

The difference is size, over all shuld be clear that a bigger chain can take higher loads. You basicly trade higher loads for higher weight and size. Many builds these days use ISO6B to have more headroom. The tabel I picked here is also for “normal” steel chains and many people like to use stainless steel today which is weaker which makes “over spec” usage very prone.

I hope you can get it by this table (sorry that it’s in german but I hope you can find what you need, the names are very similar the ISO is very close to our old DIN 8187) You calculate with 25% of the chains strength as a max. load. So for a 04B-1/ISO04B = 0,75 kN with dualdrive 1,5 kN which will work but is kinda close to the calculated max. load, btw overloading causes higher than expected wear on the chain and sprockets and maybe a bent but no critical failure. 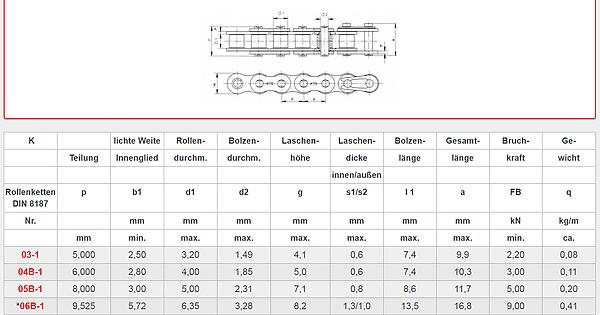 If you got the wheel sprockets already I would stick with them (since they are the most expensive parts) after they weared out you can upgrade to ISO06B.

Thanks a lot for this very usefull information, i really appreciate. Indeed i already have the wheel sprockets. So I’ll follow your advise and will stick with the 04b for the moment.

The reason why unik uses ISO06B by now is that they use stainless steel chains. Make sure that you use a steel chain when you use 04B, they may rust but if you oil and clean them like any good motorbike or bicycle chain they should hold up pretty well.

I personally would pick 04B anyway, because it’s lighter and for even more ground clearance.

Thanks no more hesitation for me now. I’ll keep my 04b and will make sur the chains are from steel.

amen to that. It’s always a balance to find. ISO6B can take more load but on the other side the ISO6B chain will less luckily act as a fuse. So in case you got a rock in your chain/pulley… you motor shaft will be destroyed. I mostly use belts because of the silence and ease of use but I know few folks here like chains drive system, that’s why I added them to the shop but not sure I will restock them in the future.

i hesitated a lot between chains and belts but i’d like to ride offroad a lot. I would like to ride where there is some mud and wet grass , thought thazt chains would be better for that type of usage (less slippage , no belts snapping…). I love belts though as 2 of my other buils are belt driven and they run great.Never tested chains yet.

6B is huge, but why not Im going to post my build thread finally with 06b chains and sprockets in a week or so

I´m running a @Nowind V2 Chaindrive with the 5b and lengthen it twice. So i think i could destroy a 4b in a day or two

I would definitely go for a 6b myself. But if you already have all the stuff, run it until you wear or destroy something on it, after that you could upgrade. There are a few people out there who are still running a 4b just fine for two or more years now.

I just bought a set of hypa hubs with wheel pulleys (for belts) , might stay with belts for now and switch to 06b chains (and nowind sprockets for hypa hubs) later on. It’s so difficult to decide…Did you already have used belts on your previous emtb builds? Or is it really advised to use chains for serious offroad ?

we basically have three options at the moment:

1.is the most robust, but like @okp said will not act as a fuse if something´s blocking like a little rock or a peace of wood. It´s louder and heavier than a Beltdrive, but has more ground clearance as a Geardrive.

2.is the lightest but also the weakest drivedrain for offroad and will collect everything you drive over. Not usefull for real offroad imo, but cool for a mixed terrain drive.

3.the most expensive drivedrain. Fully enclosed and will not collect anything on your way. Only downpoint is the ground clearance.

I´ll try a heavy chaindrive next, because i think it´s the best option for my usage.

only a little difference in size from 04 to 06 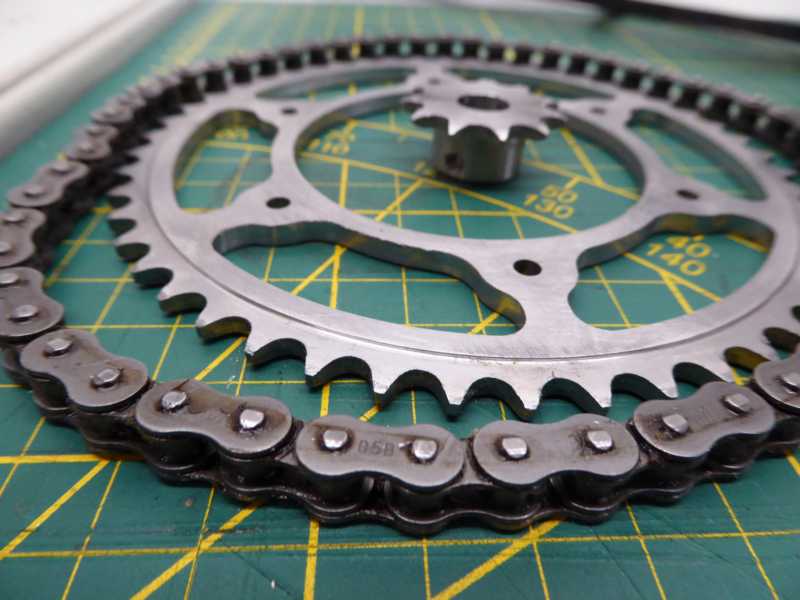 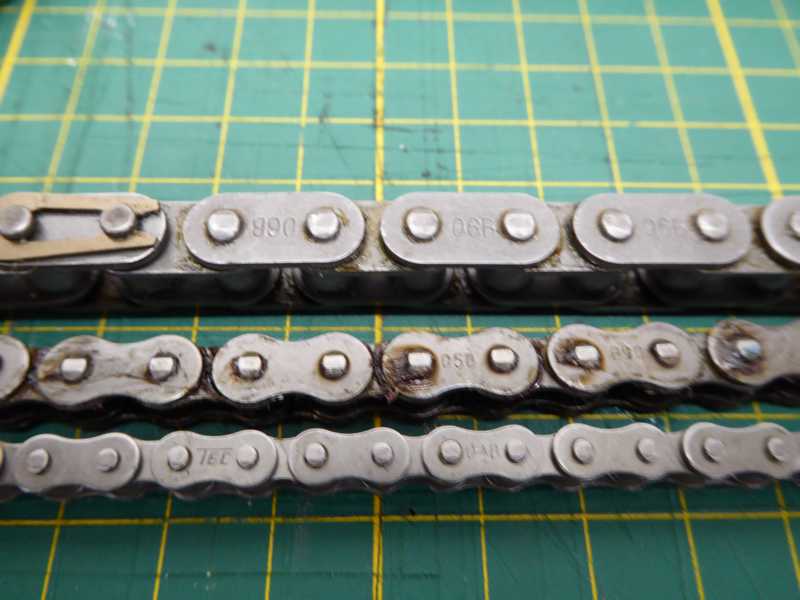 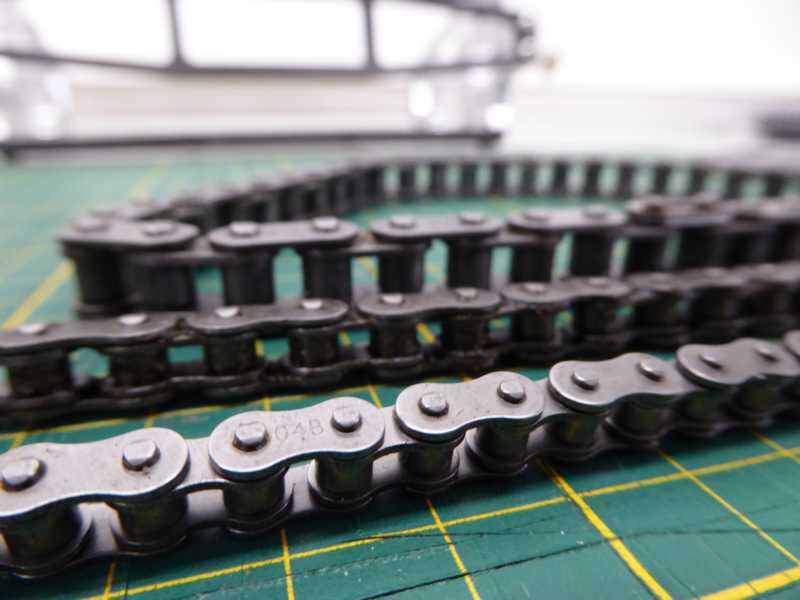 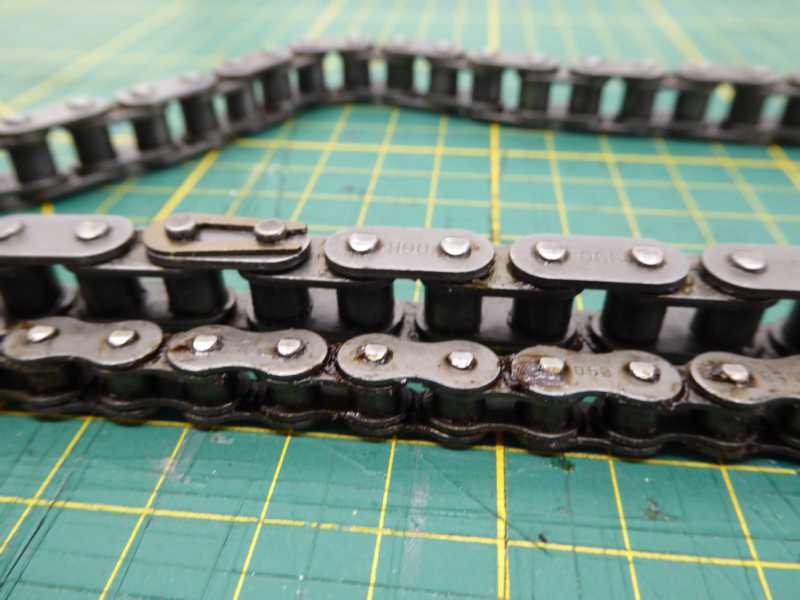 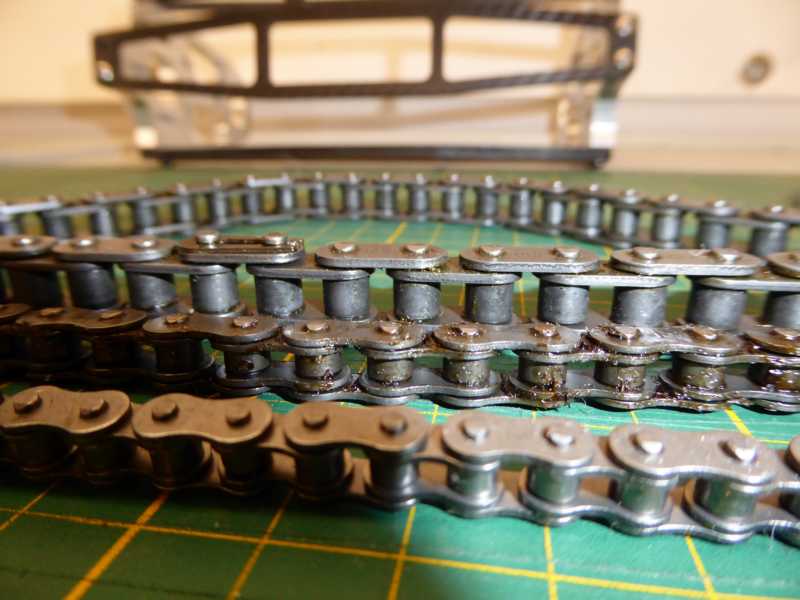 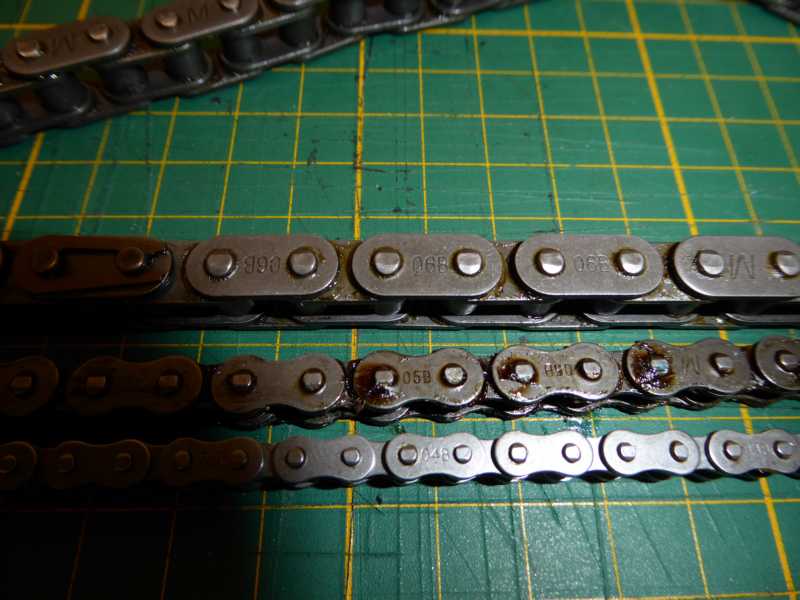 I actully considered to buy sprockets and chain from your shop (when I shopped for my awesome unik motors) but decided to go with 04B because it should work for me just fine and I had a few meters of 04B chain for free on hand. This way the drive system is also way lighter and smaller which is nice to have.

In my opinion it’s fairly easy to find enough sources for different sprockets and chains of good quality online (http://www.maedler.de for example). At least enough for the minority who like to use chains. BTW I personally don’t really like stainless chain systems since the drive system overall requires maintenance by design and stainless steel due being softer increases the wear and may seduce running it to dry since it isn’t prone to rust. And all that for a higher price … better to go directly with hardened steel sprockets which cost the same or less and hold up longer with the right care. But obviously belts are perfectly fine to use even for offroad stuff you just need to have some replacement belts by hand together with the few tools you need to replace them.

definitely agree man ! Pretty sure it’s just my riding style and playground that put me away from chains.

05b seems to be a great middle compromise

Somebody sell 4 iso06b sprockets for superstar hubs? On the unik website I can unfortunately find only two left in stock.

Do what you want dude, but chain costs barely nothing so the argument to go with the weakest chain because you have some meters of it is IMO not the best choice. Of course its also lighter but from many customer feedback i can tell you that 04 Size is just not strong enough for most eATB setups. just my 2 cents

I guess this should be answer to @Narnash s words

yeah that was my intention

This post can now be closed. Thanks all for your advise. Went with the 06b sprockets from Nowind!