Having built my Lush Machine 3D last year, the deck turned out to be way too uncomfortable to ride on south-east UK pavements/sidewalks. The default choice was a Loaded Vanguard, so I picked up a Flex 3 from Longboards UK. The board rides SO WELL and is a massive relief from tingling feet after riding the previous build. I now kind of ‘get’ the whole Boosted Board thing… and even though this build is only a single motor board, it’s good for 18MPH and is a joy to ride! The most challenging thing was the ESC and LiPo enclosures. I originally had @oriol360 make me some of the enclosures he made for his Vanguard. Whilst they were decent, they turned out to not be fully what I was after - sometimes you’ve got to try stuff to see if it works. The ESC enclosure was fine, so I made a hole in it for the ESC fan and stopped there. As for the LiPo enclosure, I went back to the drawing board. Having Googled for 3D Printing engineers in the south of the UK, I found an awesome guy called Nick Middleton who didn’t live too far away from me. We met, discussed ideas and theories of what we could make and a few months later we ended up with something pretty epic. The Vanguard has an interesting design, so we made a ‘shim’ to fit the curvature of the board. The four holes in the middle were there in case I wanted to further clamp the shim to the board in the middle. The top of the shim is flat, so the battery enclosure simply sits on top of it.

The print on the enclosure itself is about 80% better than the ABS prototype I rode around with for a few weeks. Nick had issues with the prototype ‘lifting’ from the printer bed as it was being printed, so it warped fairly badly. Many weeks of research, new printer parts and fresh PETG filament later, he ended up with what you see in the photos. Very minimal lifting and the more flexible PETG actually makes the board feel smoother to ride. I made this small series harness. You can buy the XT90 series connector ‘bundle’ from eBay. Hot glue does a pretty decent job of holding the XT90 in place. The Zippy 5800 batteries give you over an hour of riding time, or about 6 miles. I’m about 13st, so if you’re lighter you’ll get more range I reckon. Tidy lid, the plan is to use the middle two screw holes as well, just need to buy some more screws! I wanted Nick to add his logo on the lid. You can reach him on Twitter. As mentioned, far less warping but I think the shim may need slightly more material on it. SUPER happy with this, though! Simple patch lead, I didn’t want to bore the deck out for internal cables. I’m happy with the speed the APS motor gives me, but it’s so loud and the braking is also loud and poor… which is obviously partly down to the Hobbywing ESC (I think?). VESC6 please! I do want to get my hands on one of UNIK’s 6355 190kv motors, but this will be part of the 18650 conversion I’d love to swap to. Possibly not the best way to do motor wires, but it works! Plenty of holes, but I like the fact this board has essentially been a development deck. All the screws will be installed properly very shortly, I just need to countersink the board holes.

Same controller I used for my previous build. A completely flawless choice, both in terms of performance, build quality and it’s never lost connection.

Special thanks go to @oriol360 for his help with the initial enclosures, Nick Middleton for all of his epic help up to this point with the 3D printing - this isn’t even remotely over/finished, so no doubt we’ll be working together on more enclosures. Tweet him if you want help with your builds! Thanks also go to Longboards UK for the excellent service as always, HobbyKing for the batteries, XT90 connectors, wiring, black mesh, etc.

Also, a shout out (maybe randomly) to Andy & Co. at Evolve Skateboards UK. No matter what board you ride, you’re always made to feel VERY welcome at any of their skating events.

I think that’s about it, if you have any questions or suggestions feel free to post below

What a nice build. I need to bookmark this. What motor mount is that? I’m in need of exactly that. lol

Thanks dude! It’s an Alien Power System single motor kit. But I would strongly recommend building the kit yourself with 15mm belt spare parts on the APS website. Alternatively, simply buy UNIK’s kit.

Great info! Thank you! I’m going to try and make my own. I bought some 18mm shaft collars. Now I just need an aluminum plate to cut up

How many hours did it take to print? I found a place in NYC that charges $10/hour. I’ll ask if they have PETG.

Where did you find that cable reinforcement? 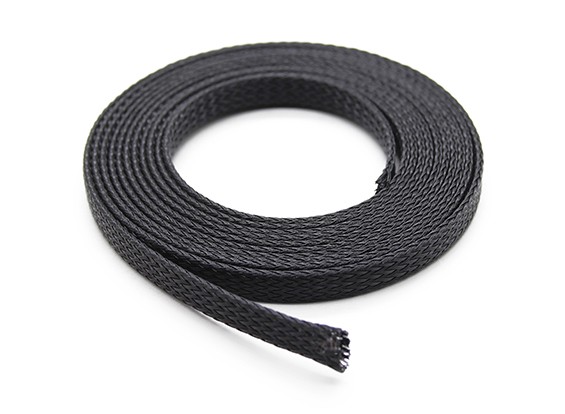 The PETG enclosure took many hours to print - there was a lot of trial and error involved. The place you’ve found for $10/hour should be pretty economical over buying a printer and doing it yourself. From my understanding, PETG is pretty expensive… but its properties are way better than ABS.

Nice build, i bought a foc box because i thought my quicrun 60A esc wasnt enough to handle my 6s single motor build have you had any problems with yours?

No issues at all!

BUT, I don’t like the braking, it’s not good enough for ESK8. I’m looking at overhauling the board with some kind of 10S setup, but as usual I’m on a budget!

Awesome build! Saw your instagramm first, befor registered here. Why do you use 6s instead 8s? I am going to build my lowcost build using 2x4s li-pos, and want to understand your choise.

Thanks! I’m still running 6S as I was on a budget when first building my board. It works, but is essentially a glorified RC car, haha! 6S let me use a high-end car ESC.

If you can, go 10S with 1 or 2x Focbox. Also, I recommend spending as much as you can, it’s one of my biggest regrets is not going 10S to start with.

Whatever works for you dude!