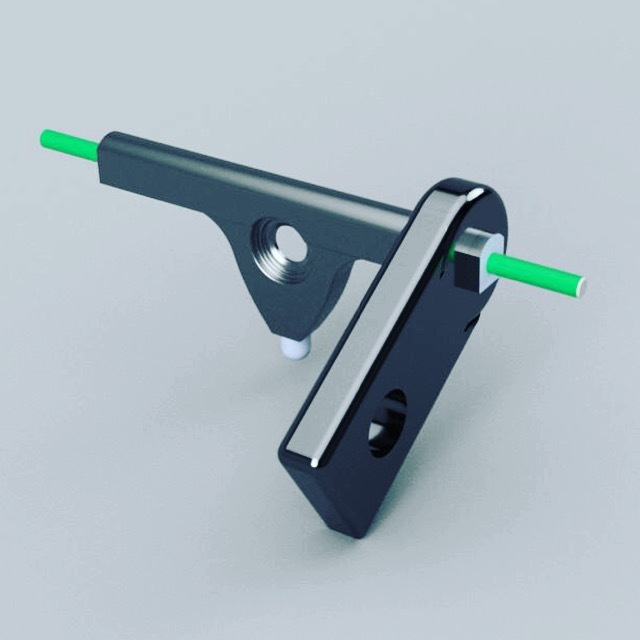 Lately I have been learning CAD and working on a motor mount that will work with Caliber II trucks. Some of the features that it includes are: -M6 threads for the truck clamp -Belt tensioning -Works with max 32mm bolt spacing -15mm wide hole for motor shaft

If you follow me on Instagram you would have seen the progress I made but the first picture was my first idea then a few people made some suggestions:

@barajabali said that the motor mount plate was too thick so I decreased it to 0.5cm and the clamp part is 1cm

@Rye said that it needed belt tensioning so I added it similar to Enertion’s mount except with two holes instead of three.

Renesjinke said that the holes that attach the motor plate to the truck clamp need to be circular (I have now changed this but it is not shown in the picture).

If anyone would like to test this mount with a 3d printer just for testing not actual use that would help me a lot. It uses a 275 55T belt and the centre to centre distance is 73.8cm I am pretty sure. Thanks guys and hope you like it!

@willpark16 how is the print going?

good start so far, i suggest mating the parts together with the fixtures so we can better understand how it will work.

Any updates on the CAD?

I made quite a few mistakes as it was my first time using CAD. I’m going to redesign the whole thing sometime soon.