I’m building an e-longboard for my graduation work. The construction progressed very well and I was able to do the first tests. So far so well there were only small problems, the idle tests worked great. Now the problem occurred when I wanted to test the board under load. The engines shook and vibrated, but didn’t turn a bit. But as soon as I pushed myself off and started to roll, they started to build up torque and it almost threw me off the board. I’m assuming there’s something wrong with the rotating field. Or that the rotating field rotates too fast, that the wheel cannot build up any torque. I would be glad if the community could help me with this problem, because there is a lot of know-how in this forum. In my board are VESC, a hub motor N6364 from China and a self-made battery pack 12S3P made of INR18650 25R cells. My remote control is a typical china model.

This are my wheels and the VESC I use one for two motors. 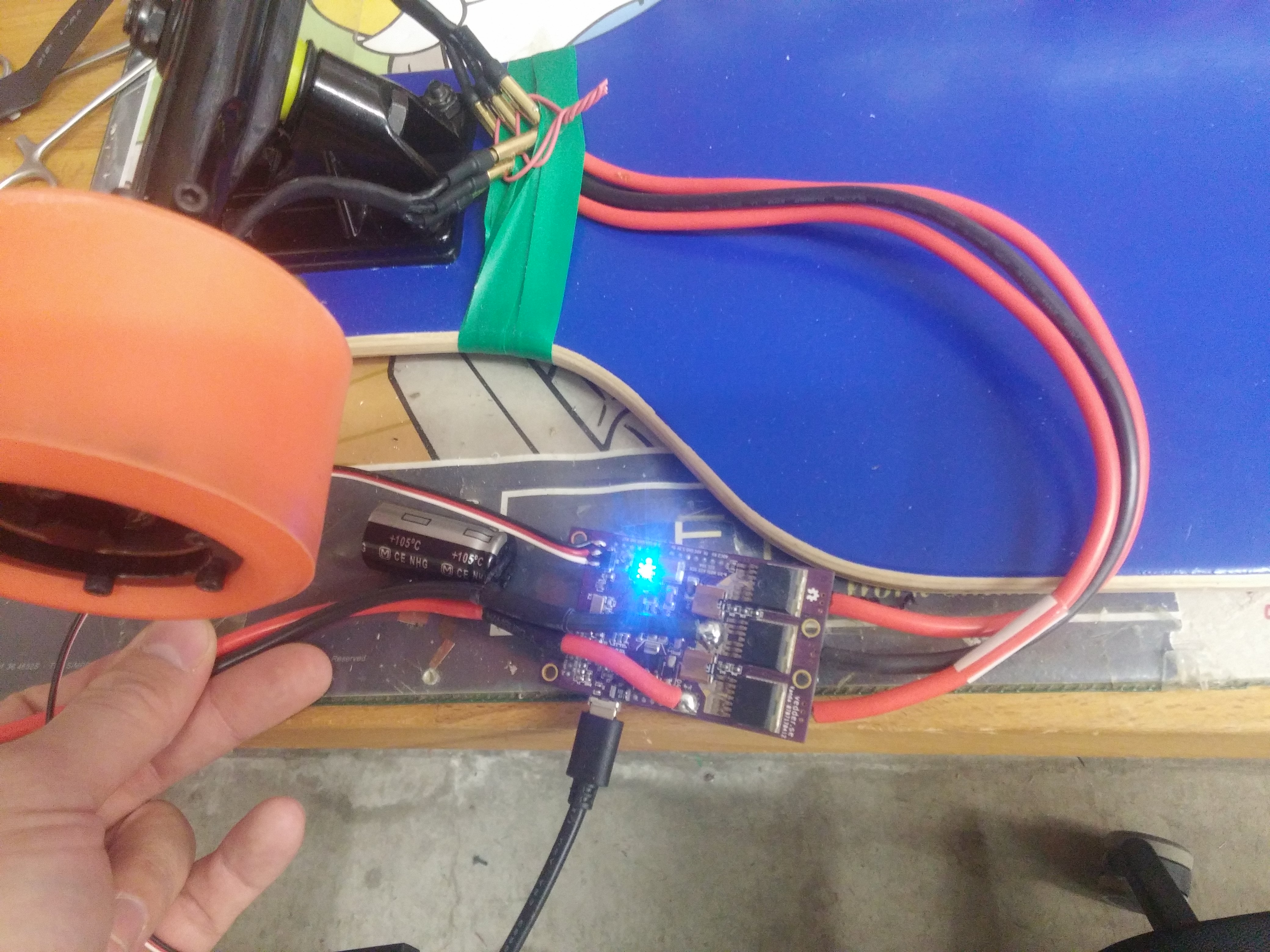 This is my RC. 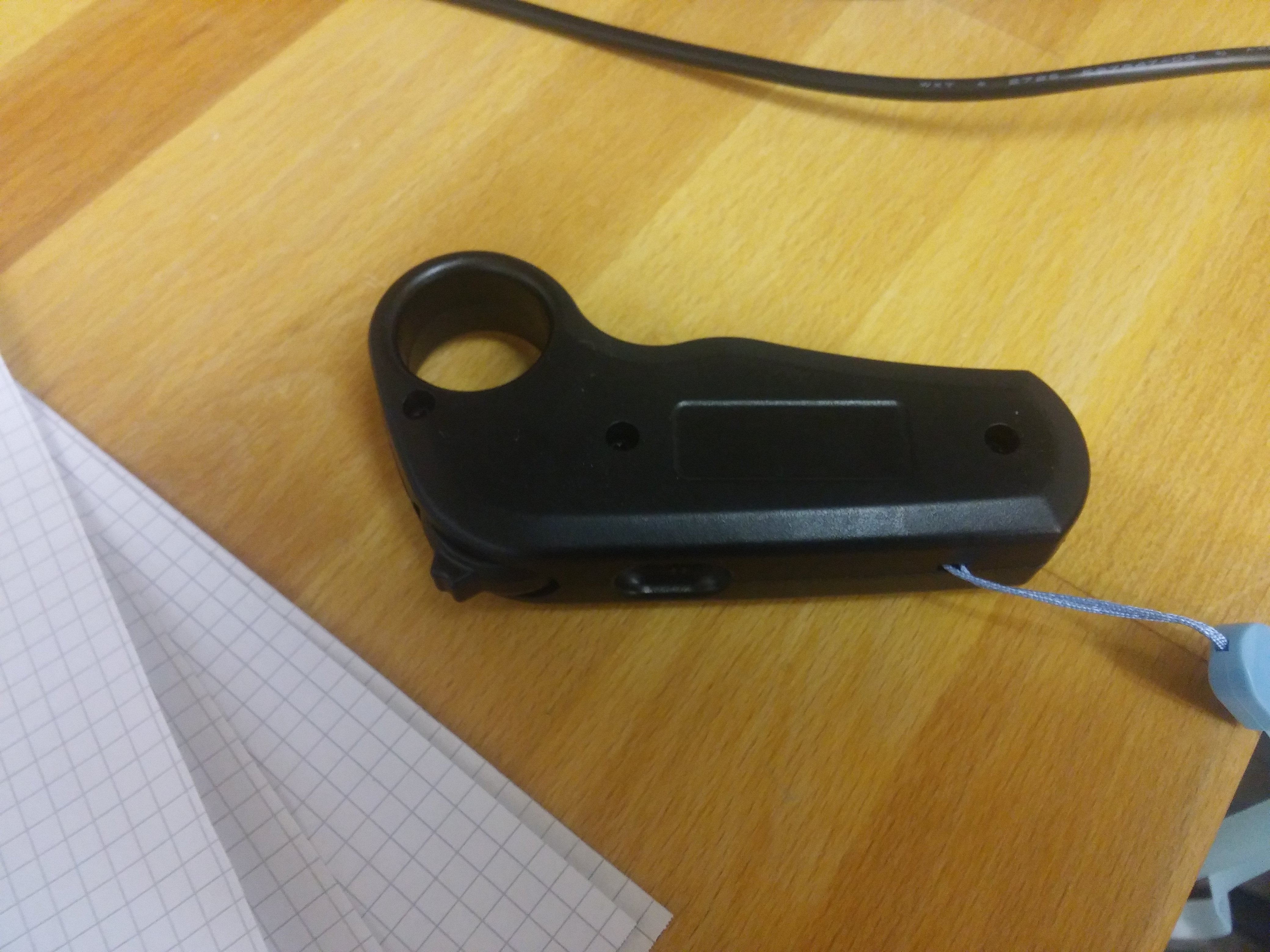 This is my battery pack with the BMS. 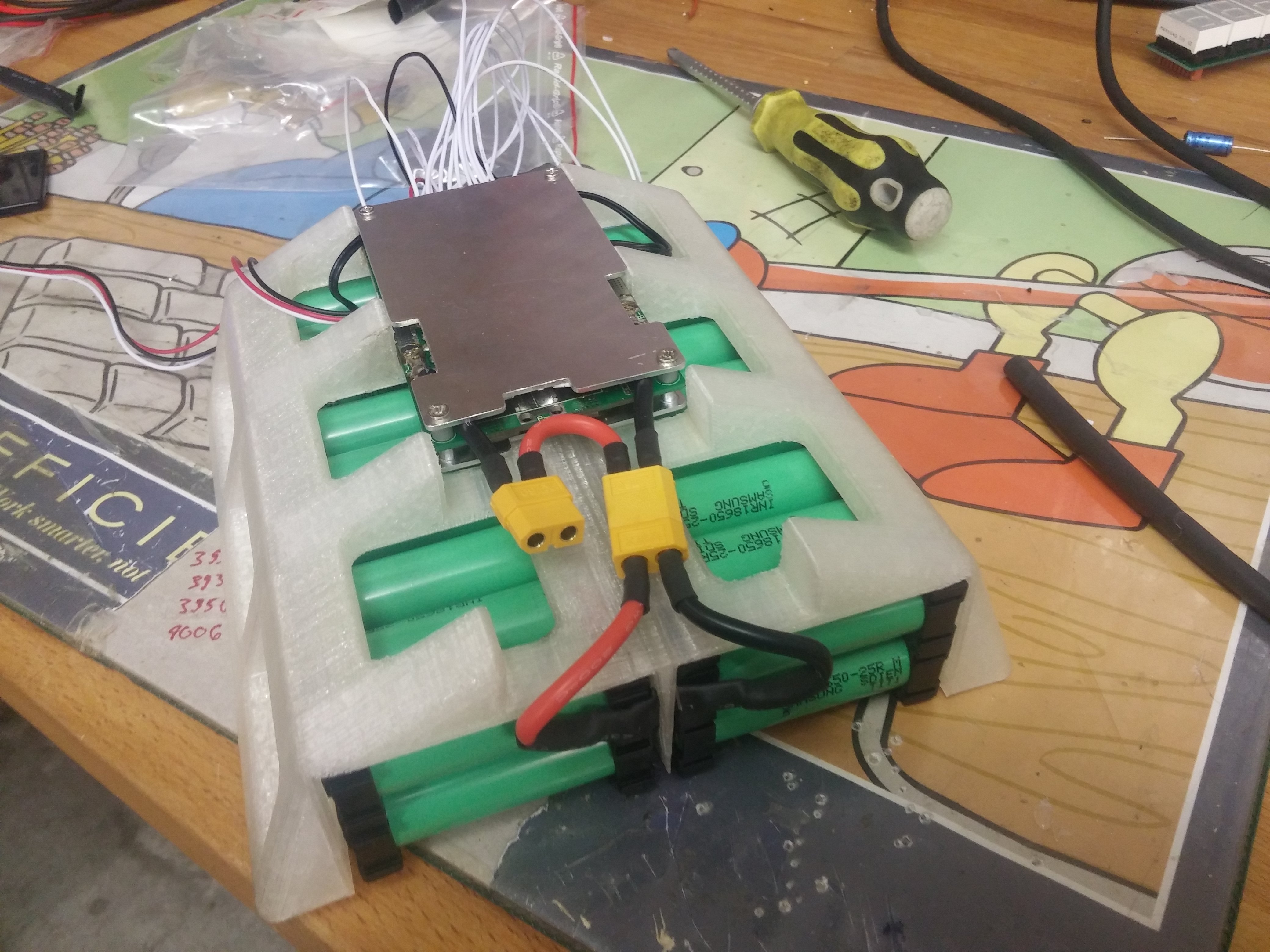 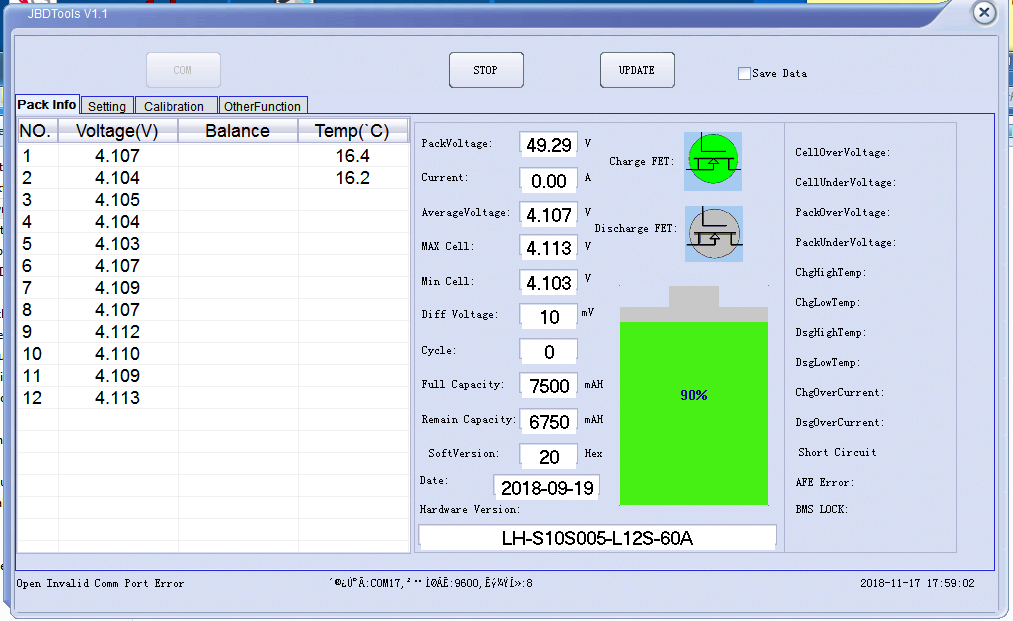 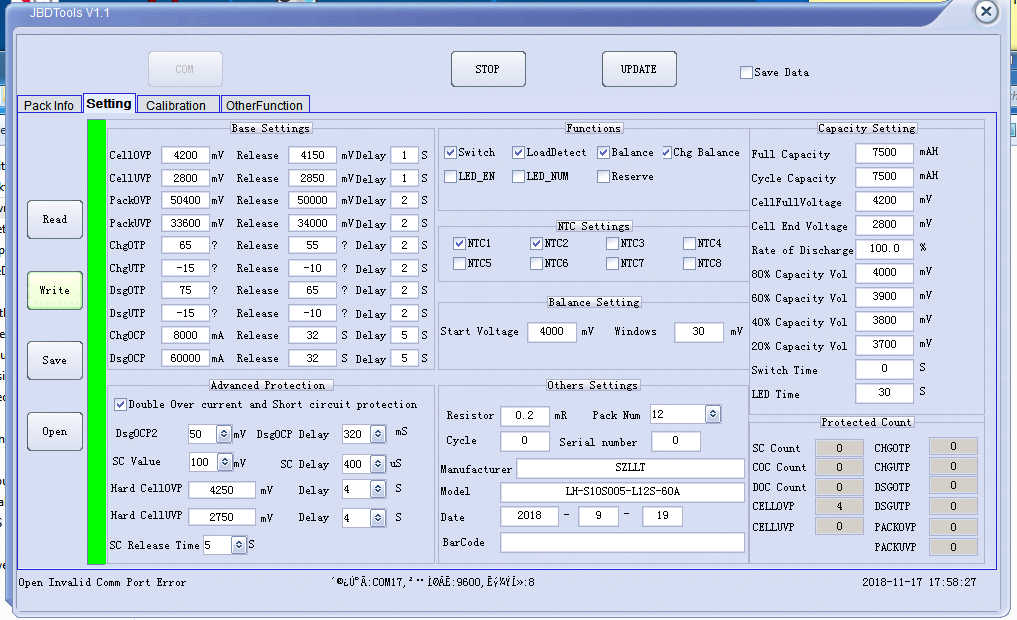 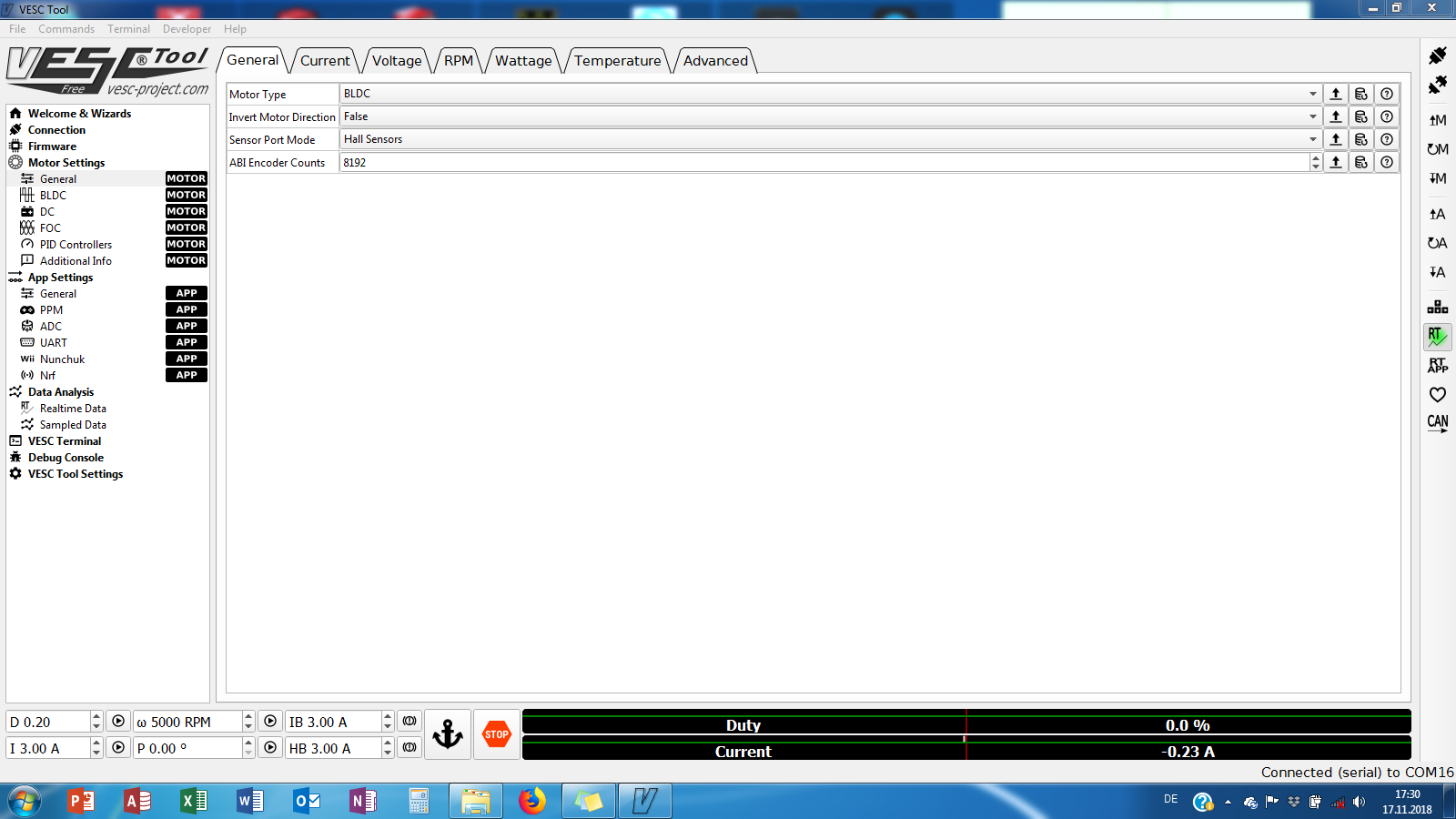 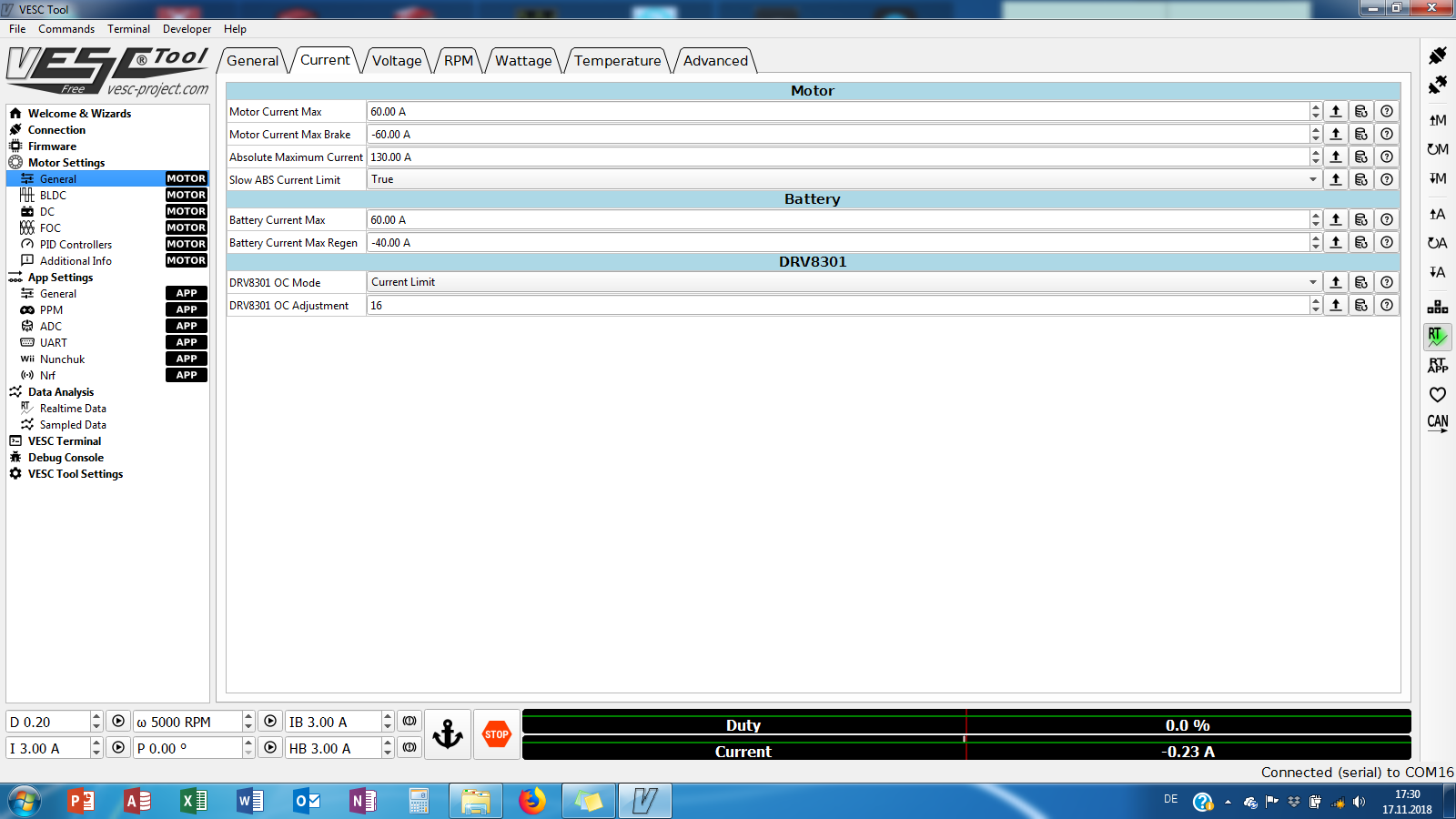 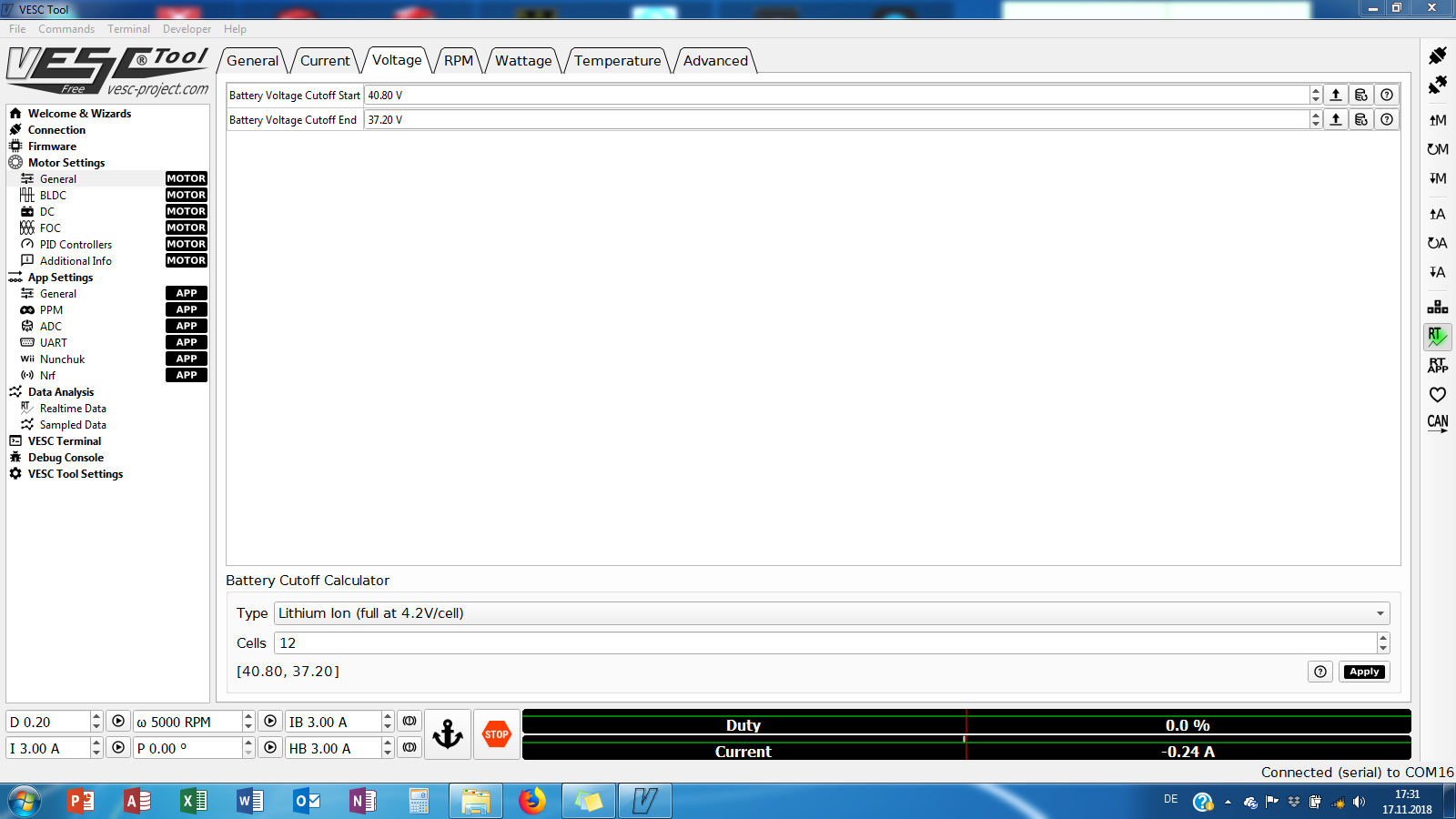 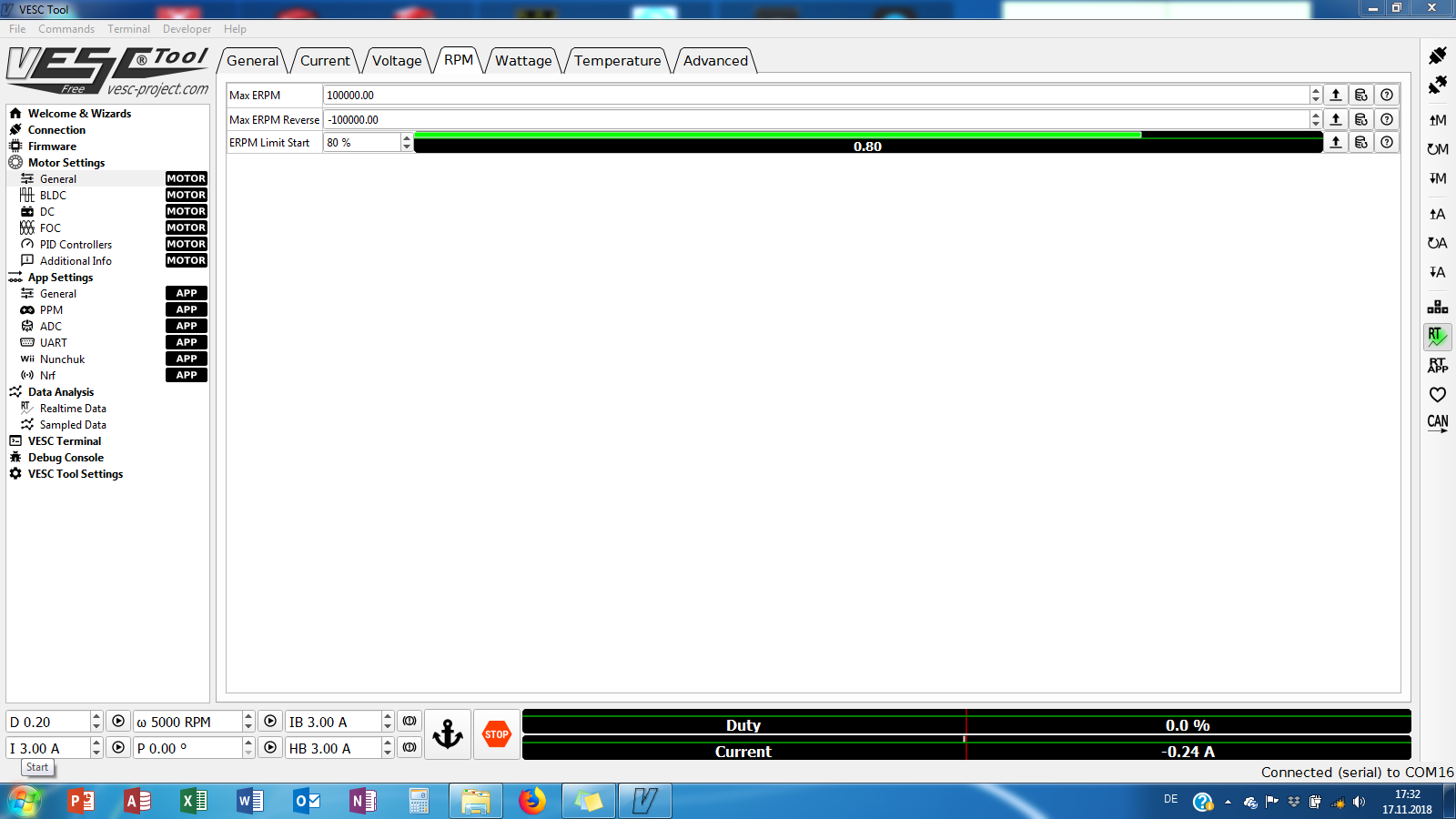 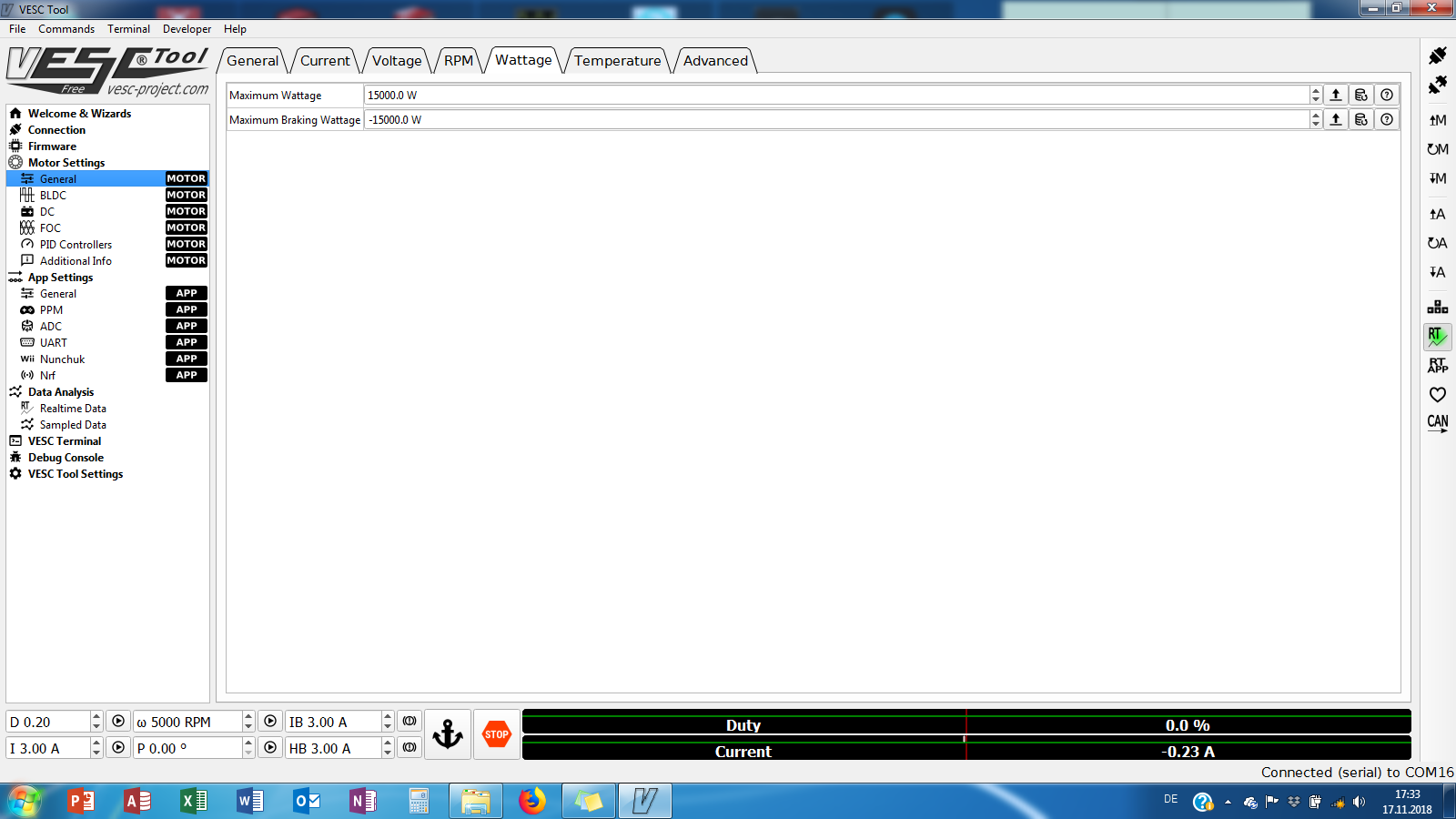 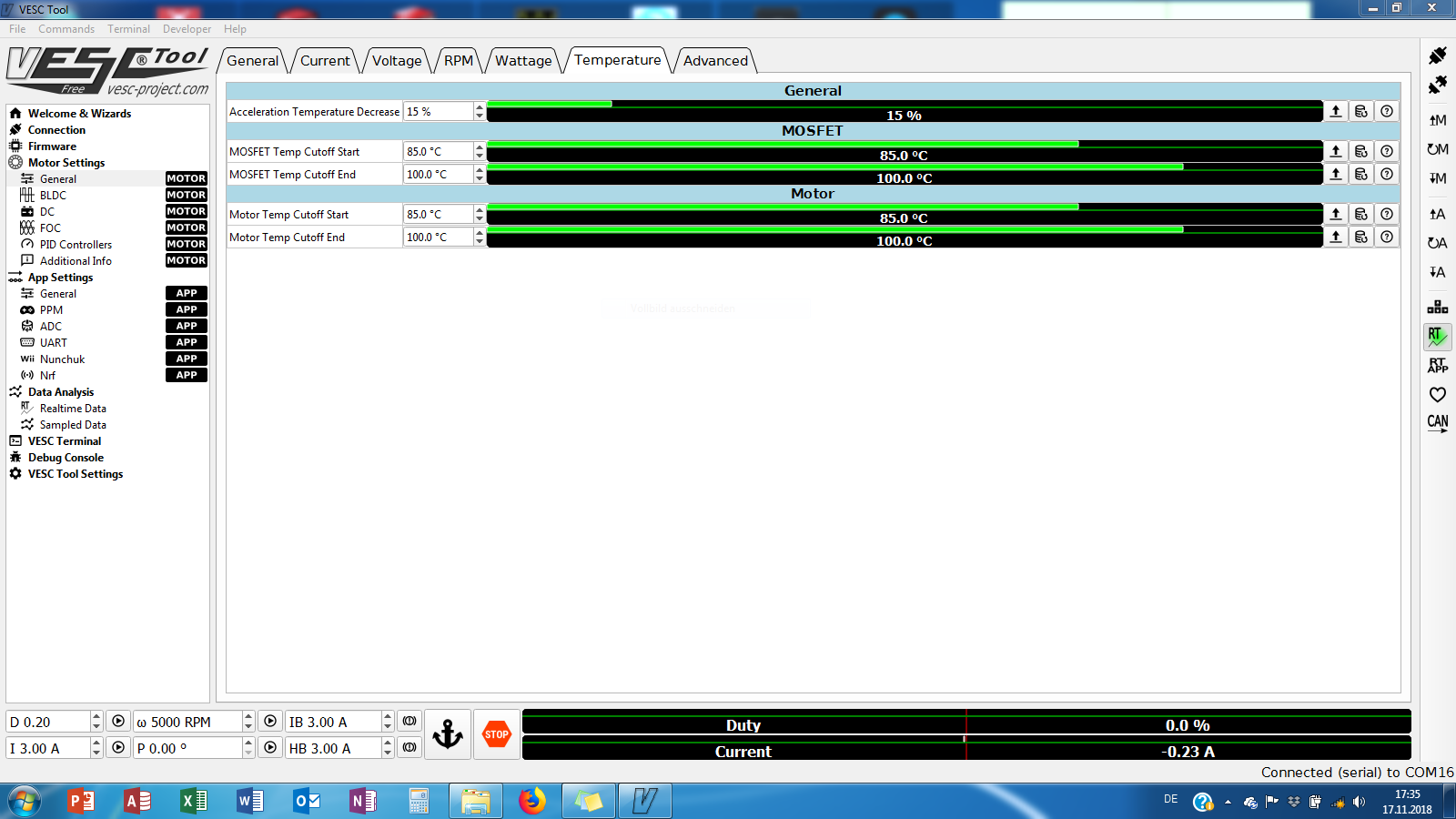 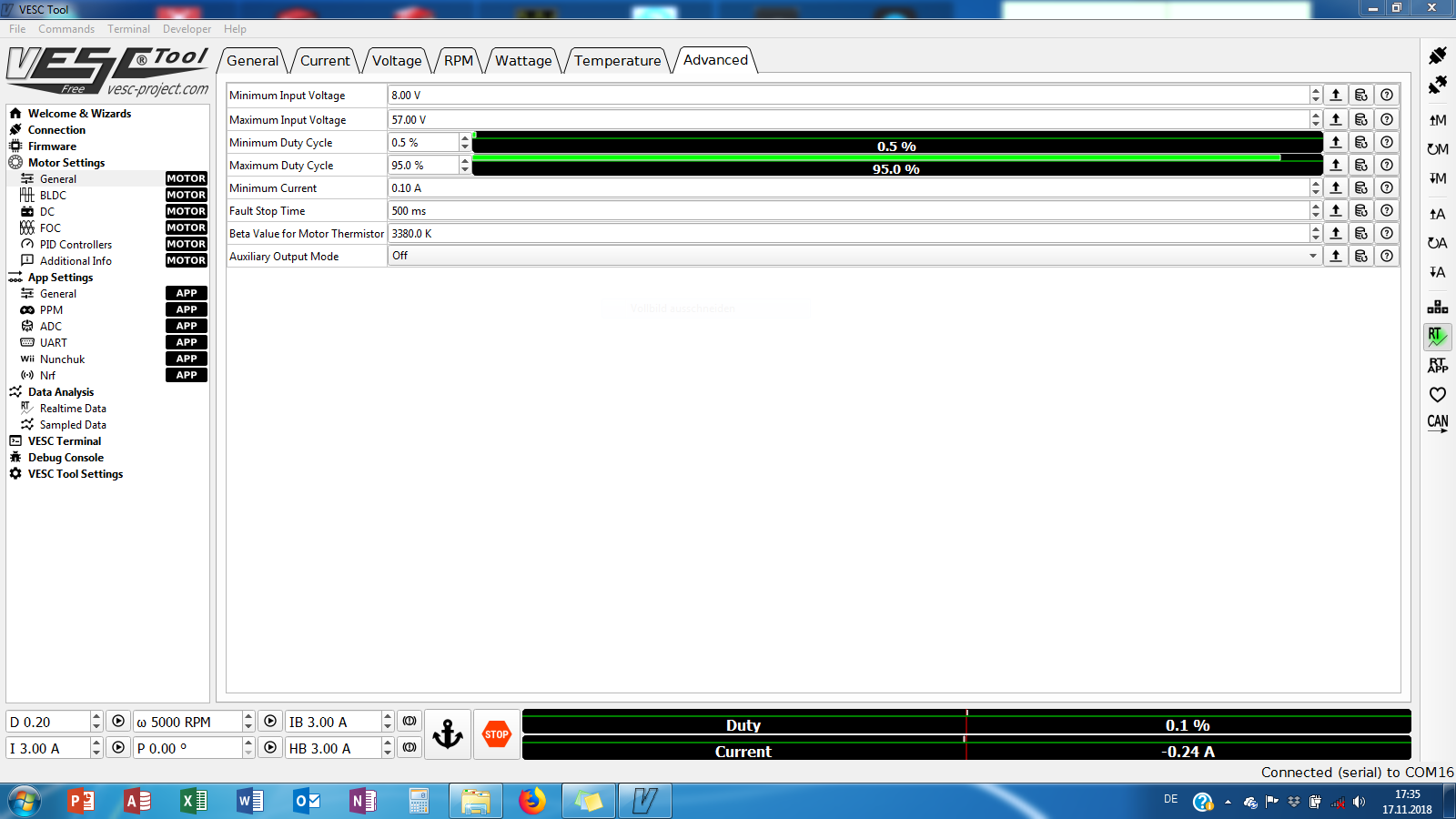 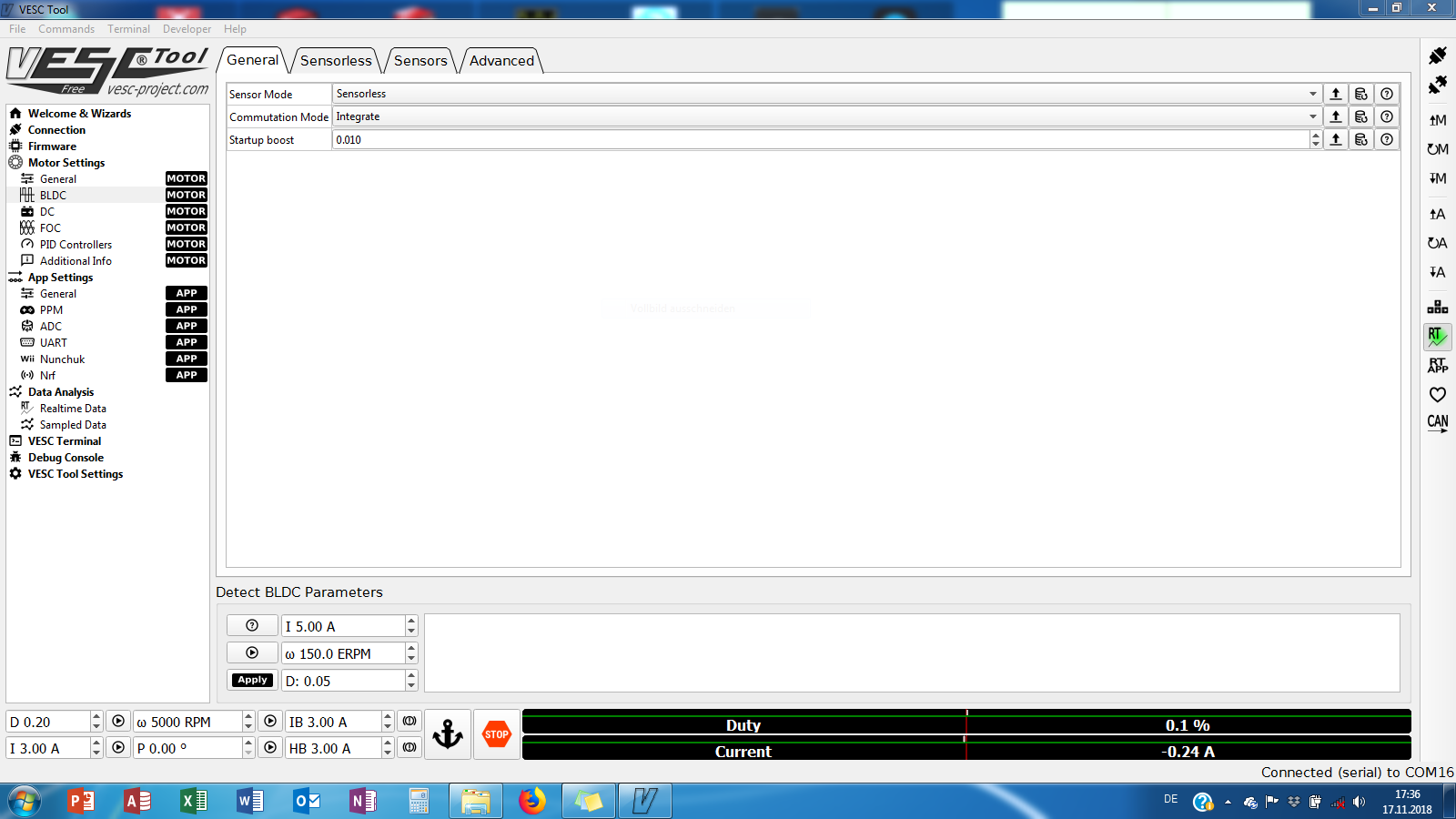 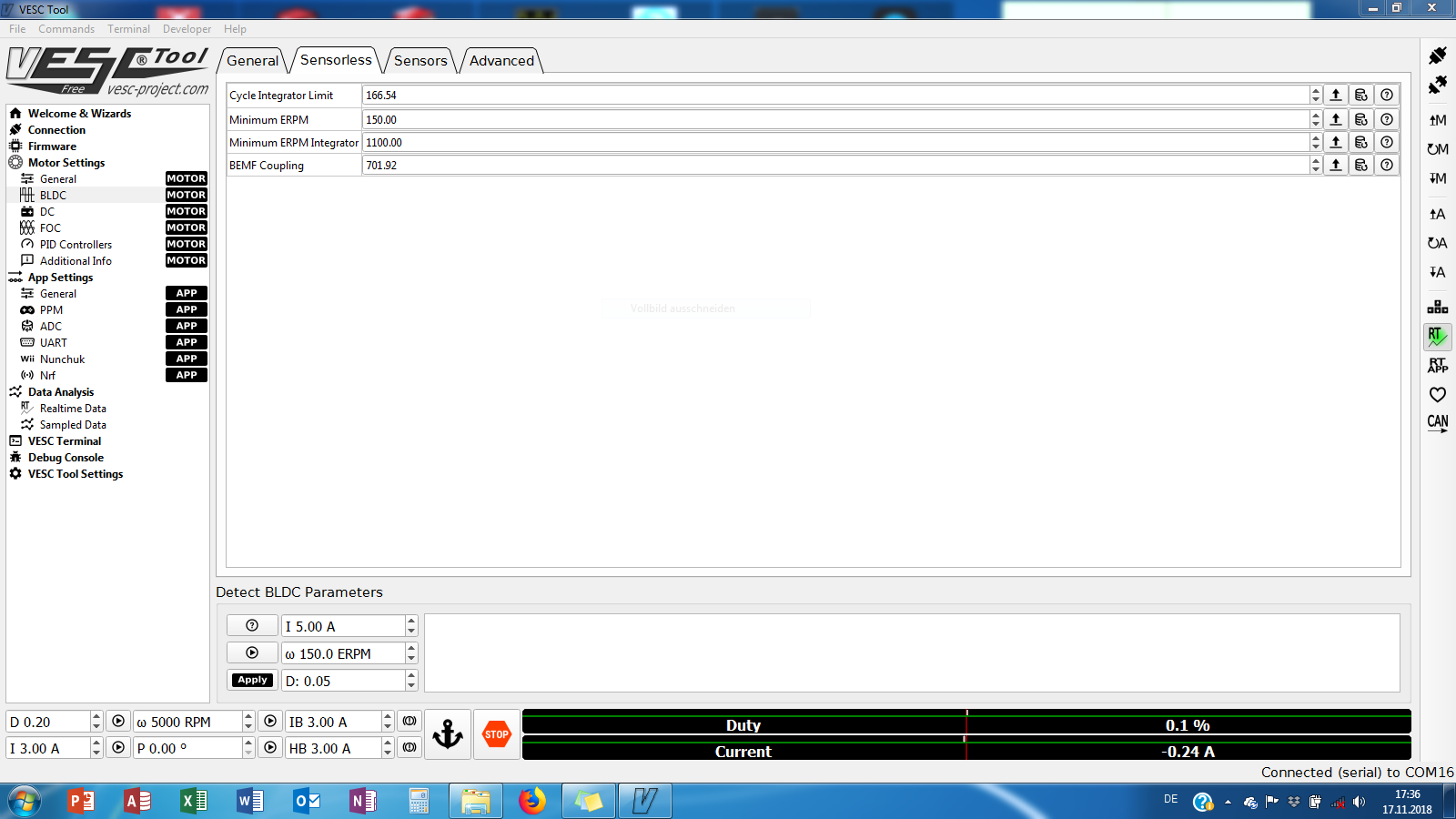 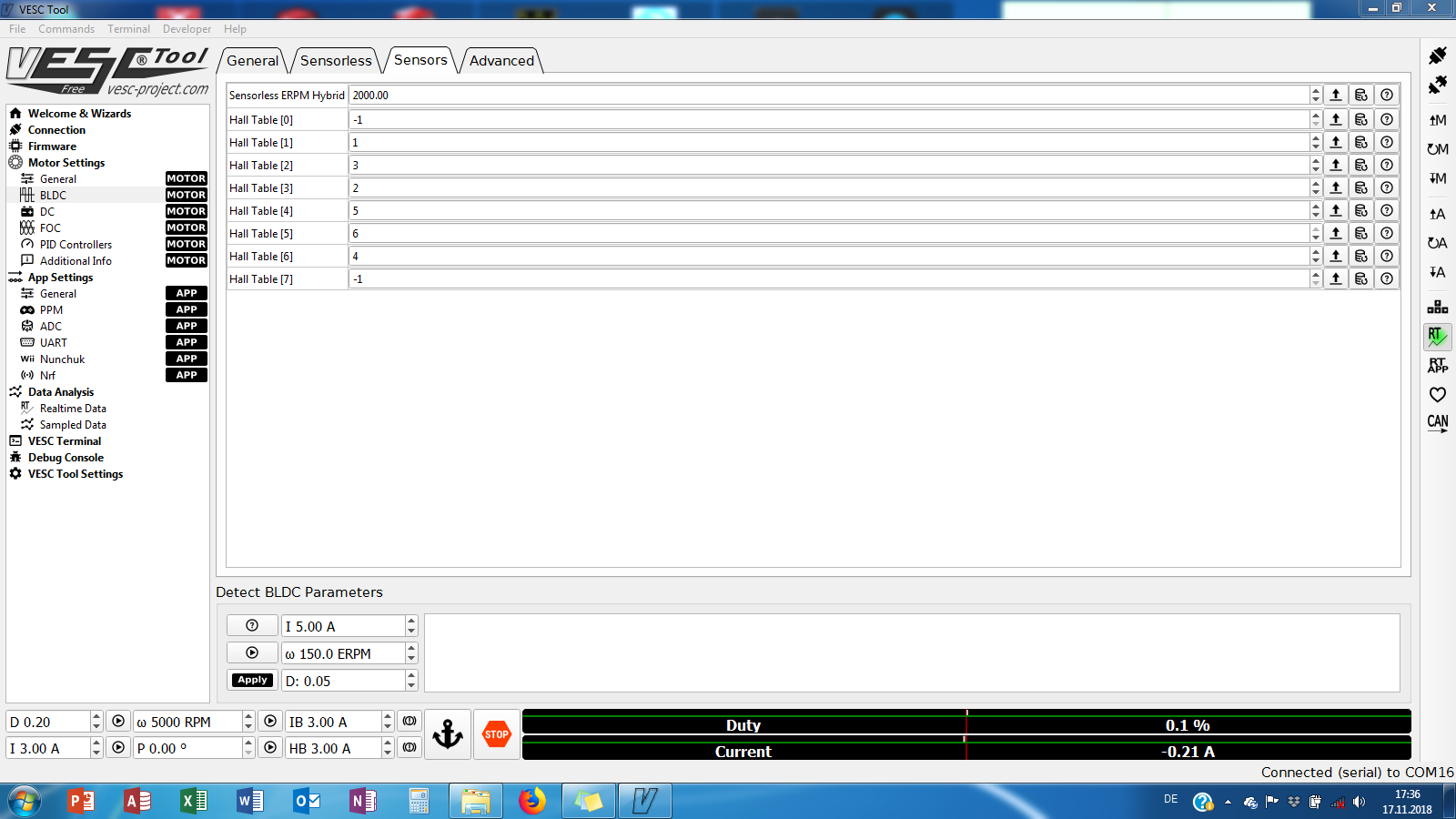 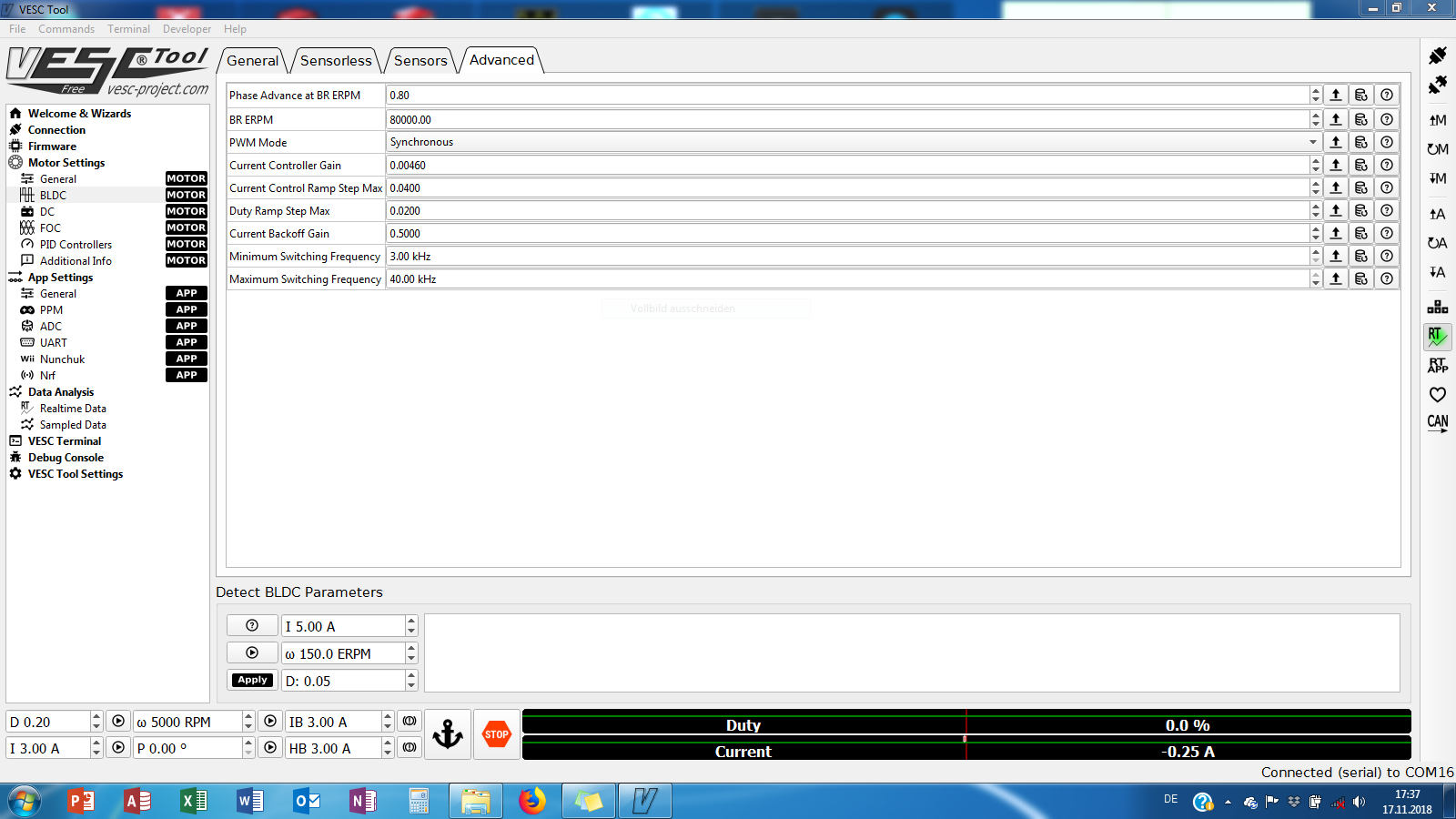 APP Settings (However, I still think the problem is with the remote control.) General 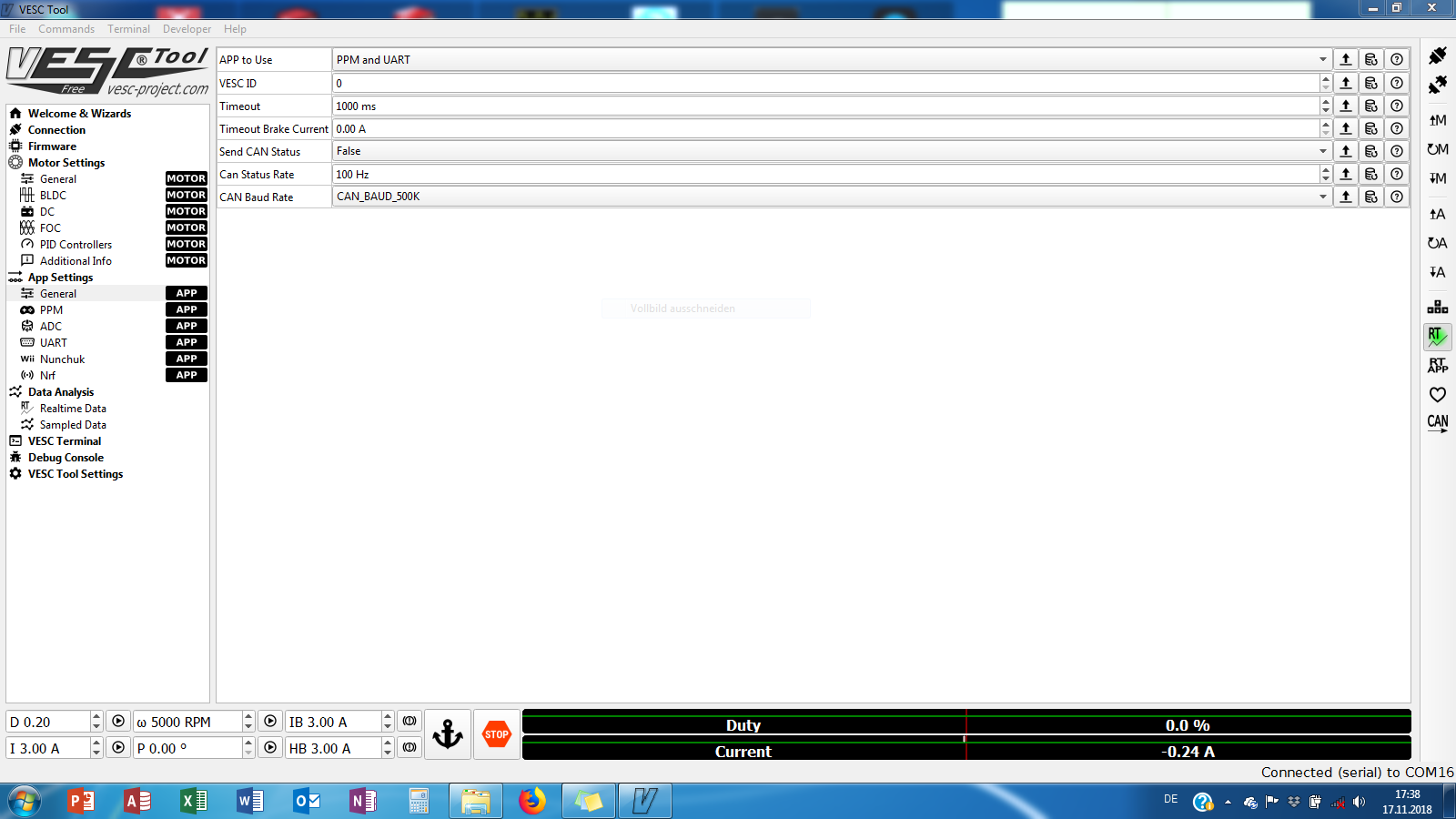 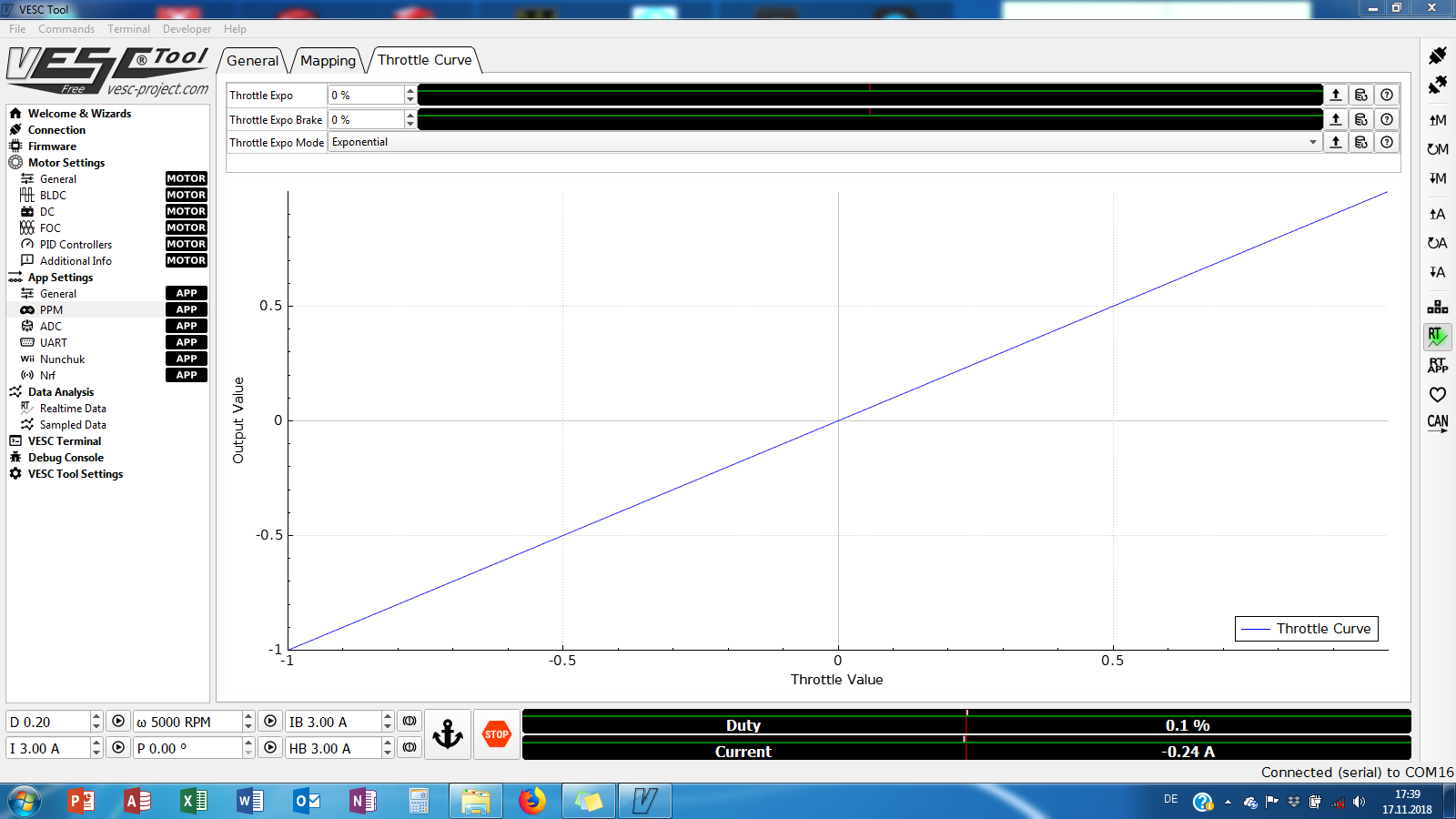 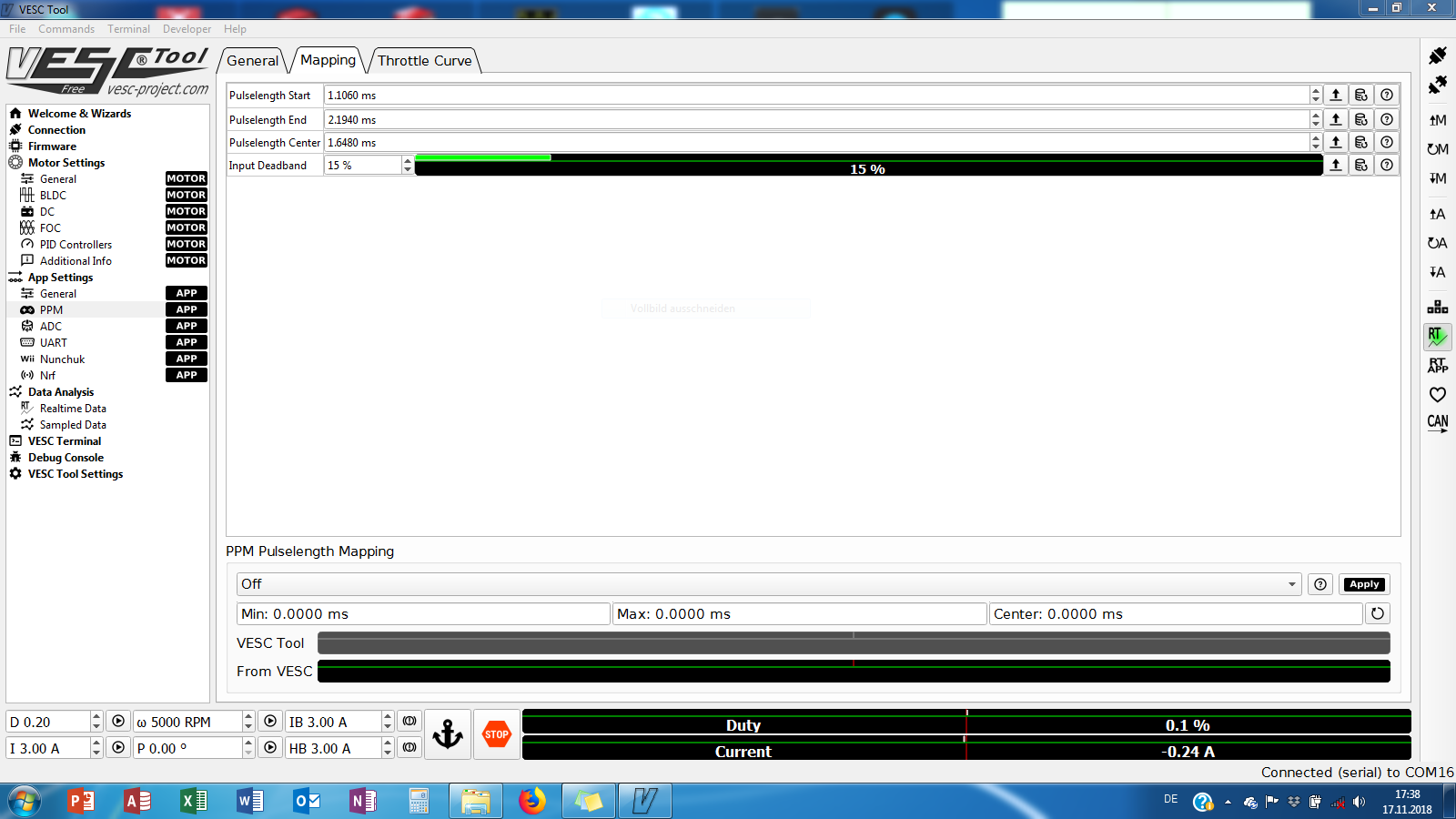 Here are the RealTime Data This shows the Current with no load attached. 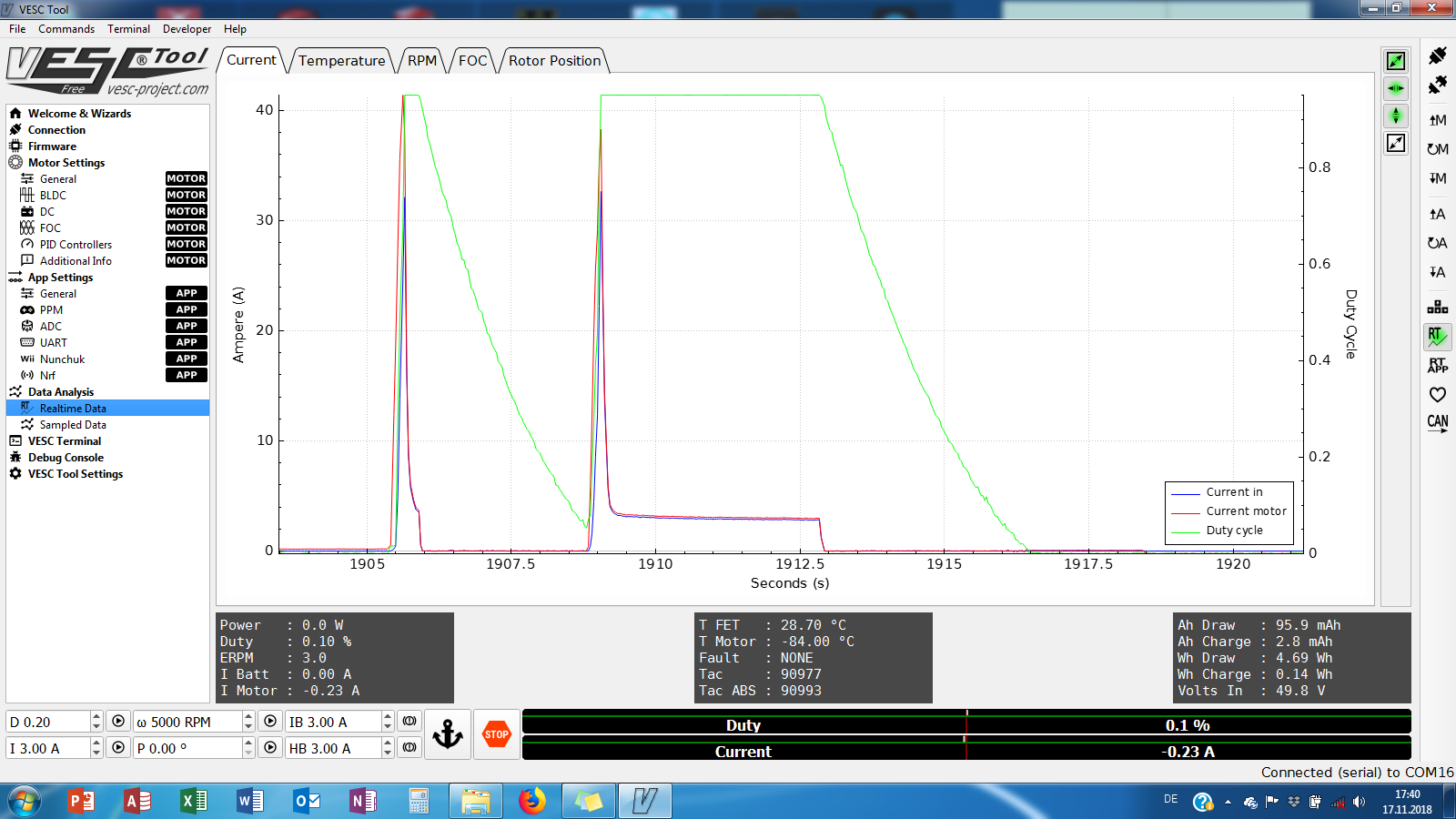 This shows the Current with load attached. The Current is only 2 or 3 Amps for a motor under Load?! 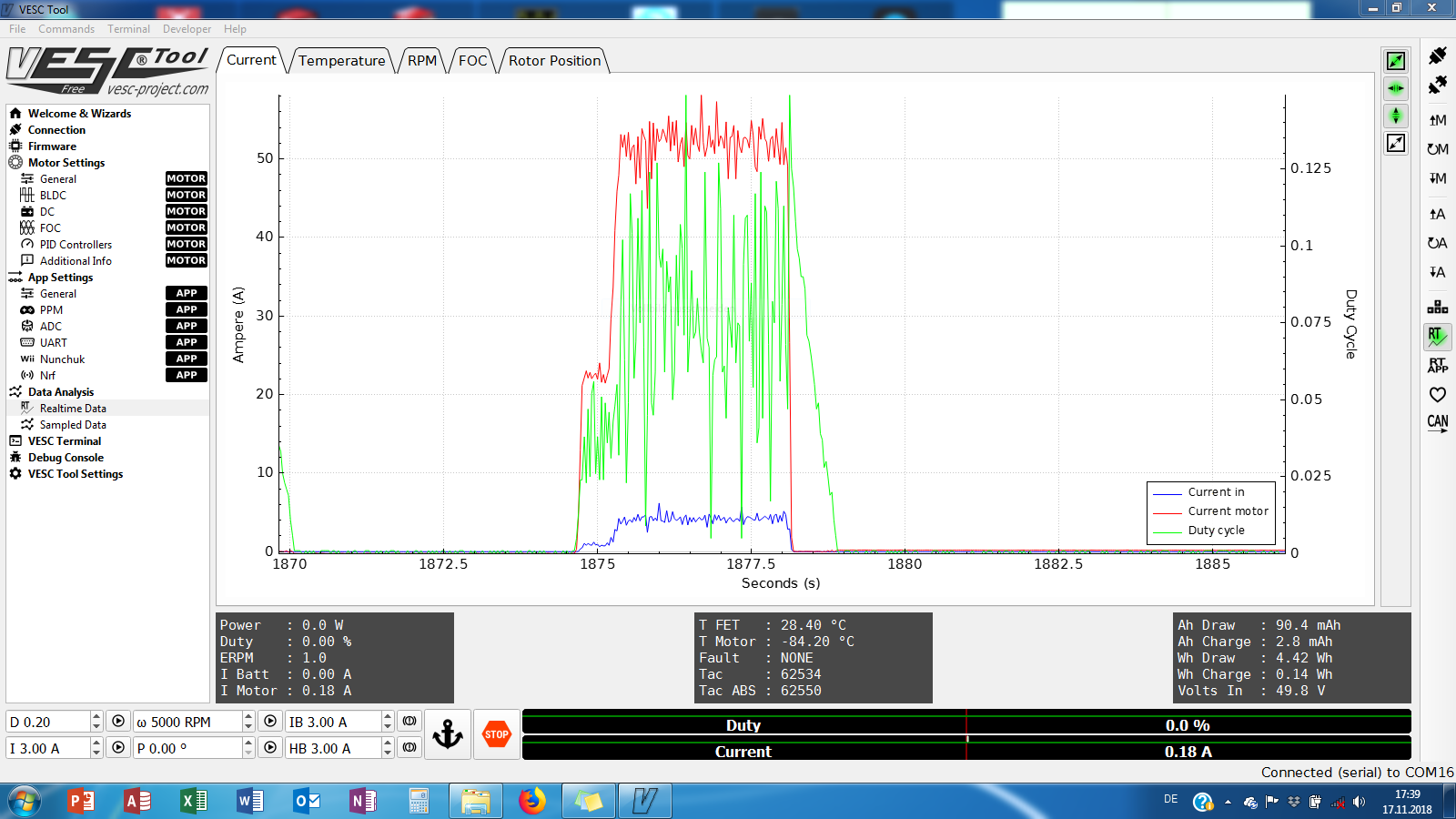 Hera are the videos. This is with no load attached.

This is with load attached.

I hope I have written all the necessary information and you can help me so that I can do my first manned test drives soon. I thank you in advance for your helpfulness. Thank you very much!

I think the problem is here

Oh shit, never seen this before. I really don’t think it will work. You need to have 1 vesc per motor

Thank you for your very fast answer.

I had already thought about that and did the same test as in the Viedos. Only that this time only one hub motor was plugged in.

Oh shit, never seen this before. I really don’t think it will work. You need to have 1 vesc per motor

But why? I’ve seen a lot of people do that. the maximum current per motor is 30A which is fused to a maximum of 60A in the VESC.

I think you have seen people using dual vescs. There are vescs our now that allow you to use to motors. They are basically just two vesc connected together

But why shouldn’t this working?

In this video and with out Load on my board it runs fine. 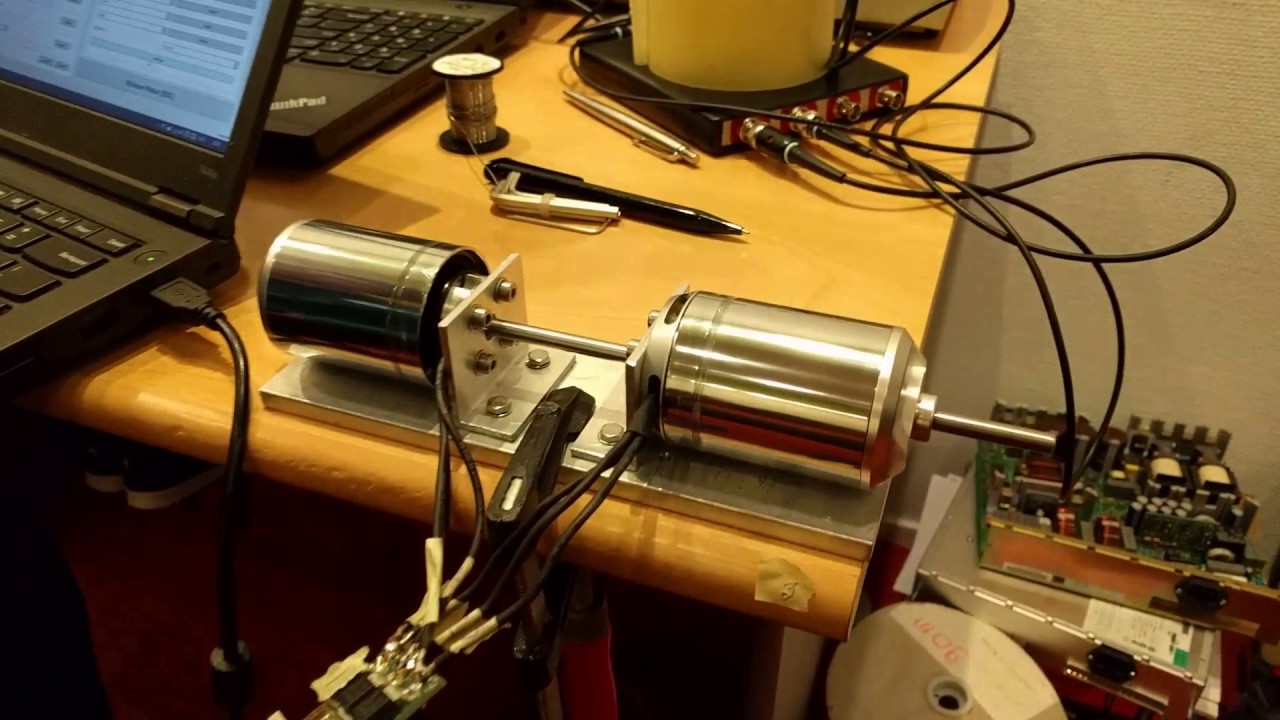 Here is also a link.

@MrEpiquad asked me to evaluate a little experiment: Before doing this we adjusted the rotor such that the rotor flux angle matched (by moving the magnets on the axle of one of the motors until we saw that the output phase / output pattern...

For two motors to work on a single controller you need to mechanically sync both motors such that they produce the same back emf ALL the time.

With a motor per wheel without mechanical coupling and synchronisation setup you will burn either your motor or your esc.

Thank you very much for the quick answers.

And sorry for the very late reply. I could only check the problem last weekend.

To do this I disconnected a motor and ran a new motor detection and blocked the motor again. I found the exact same problem. Unfortunately I didn’t pay enough attention and short-circuited the phases, which destroyed the driver.

Now someone can tell me what and where the problem is, because now only one motor is connected via the VESC and the problem still exists. The parameters have not been changed except for the parameters that are changed during motor detection

You probably fried the vesc. Plug it in try to run a detection then after it fails go to the terminal tab and type faults

Yes, I burned the VESC. But by the short circuit of the phases. The driver broke. But before that everything was OK or do you think that vesc was already broken? Yes I did a motor detection before it burned, but it still didn’t work. The motor was shaking like in the video.

You really scared me 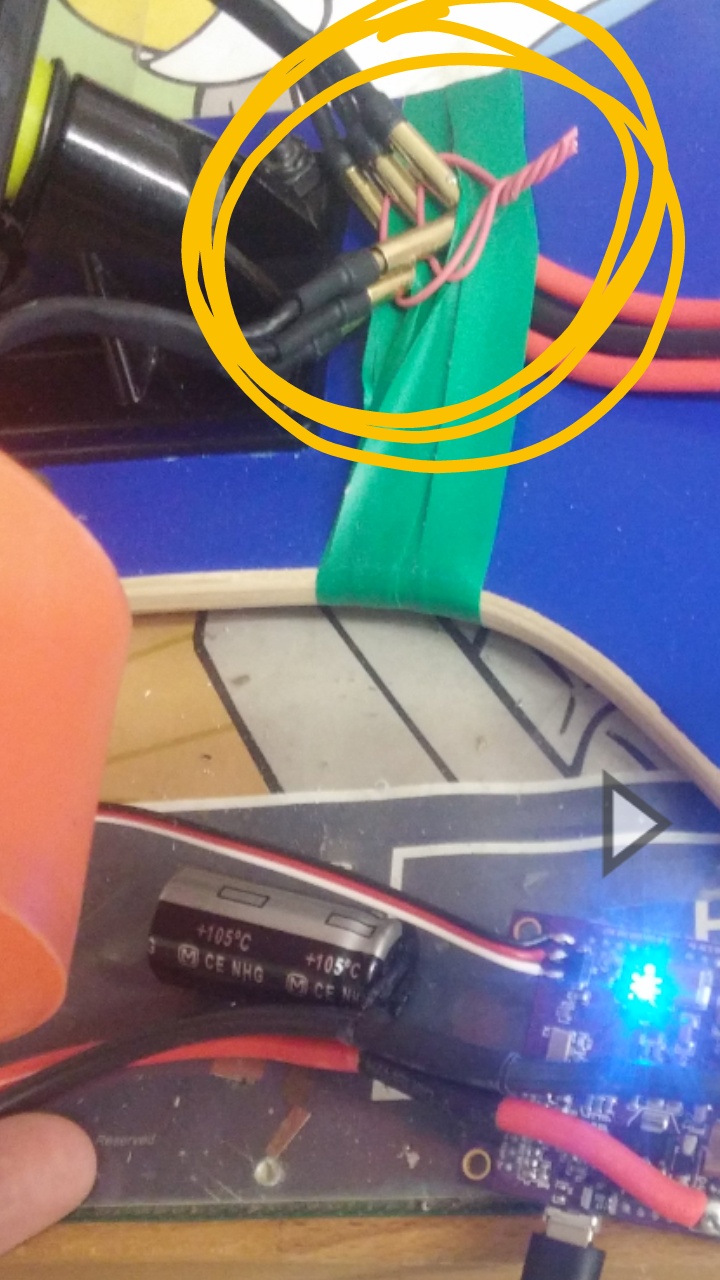 Maybe the problem is that the motors have no sensor wires and the vesc doesn’t like it? I see they are suggesting the chinese dual hubmotor controllers but you already got a 12S battery and the chinese esc’s will work up to 50V. So if you buy this: http://www.diyeboard.com/v20-dual-hub-motors-sine-wave-foc-esc-speed-controller-p-674.html You need to make sure you charge your batteries only up to around 4.15V per cell which is totally fine.