Roughly a year ago I started this thread. It was (and still is) a nice side project for me. The first build was interesting and was my introduction to this world of DIY longboards. This forum is packed with knowledge and answered all of my questions as I went along, and I’m grateful for this.

On the original thread, a reply by @gee got my interest. Why not put the batteries inside the carbon tubes? It was an interesting idea, and I even discussed it with @banjaxxed over dm. Eventually I started working on it.

And just recently it was finished: 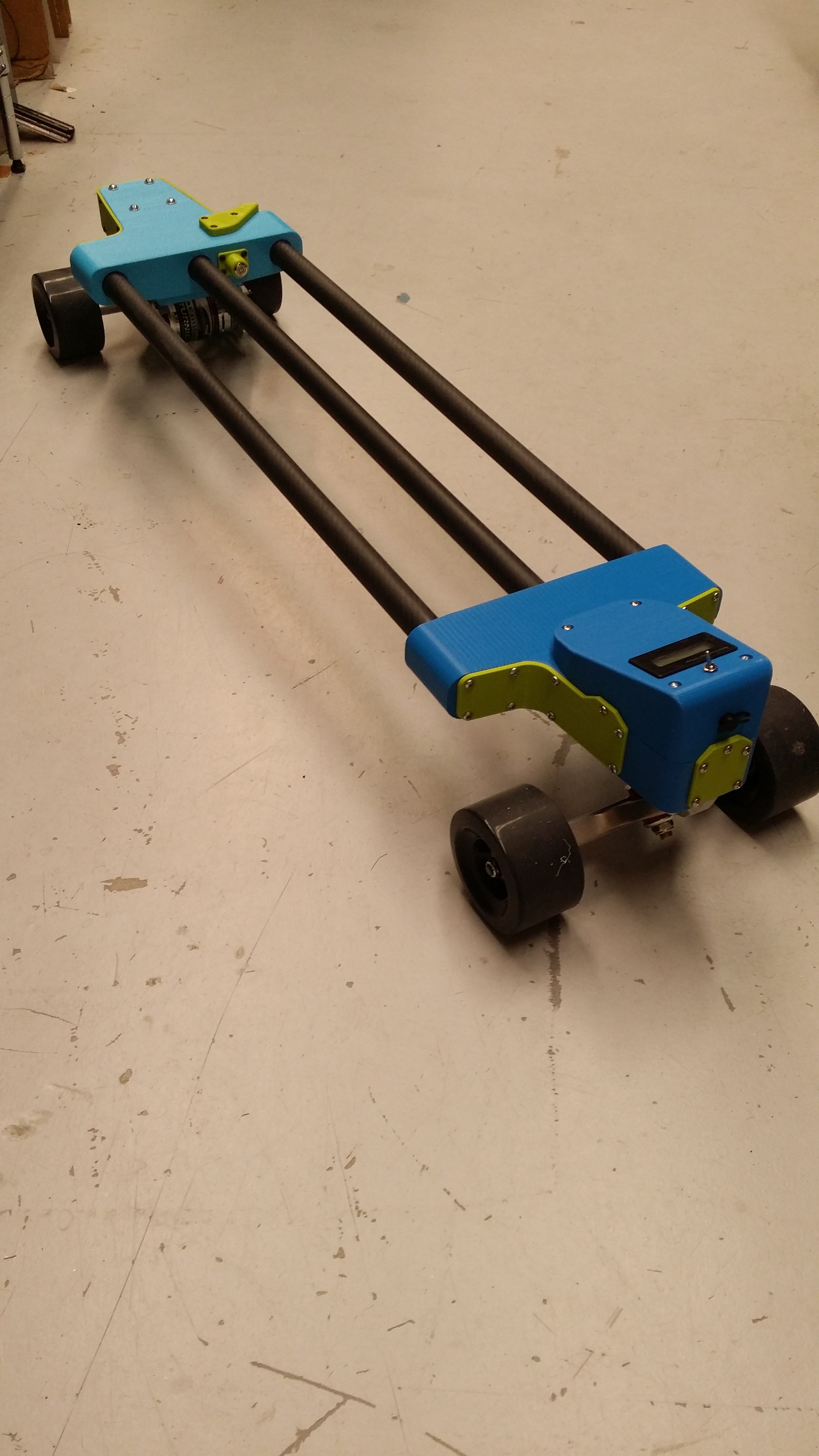 Those who follow me on Instagram @dosimplecarbon saw the entire process in pictures. The outcome is really cool, it weights just under 6.7kg, no enclosure and no batteries in sight. 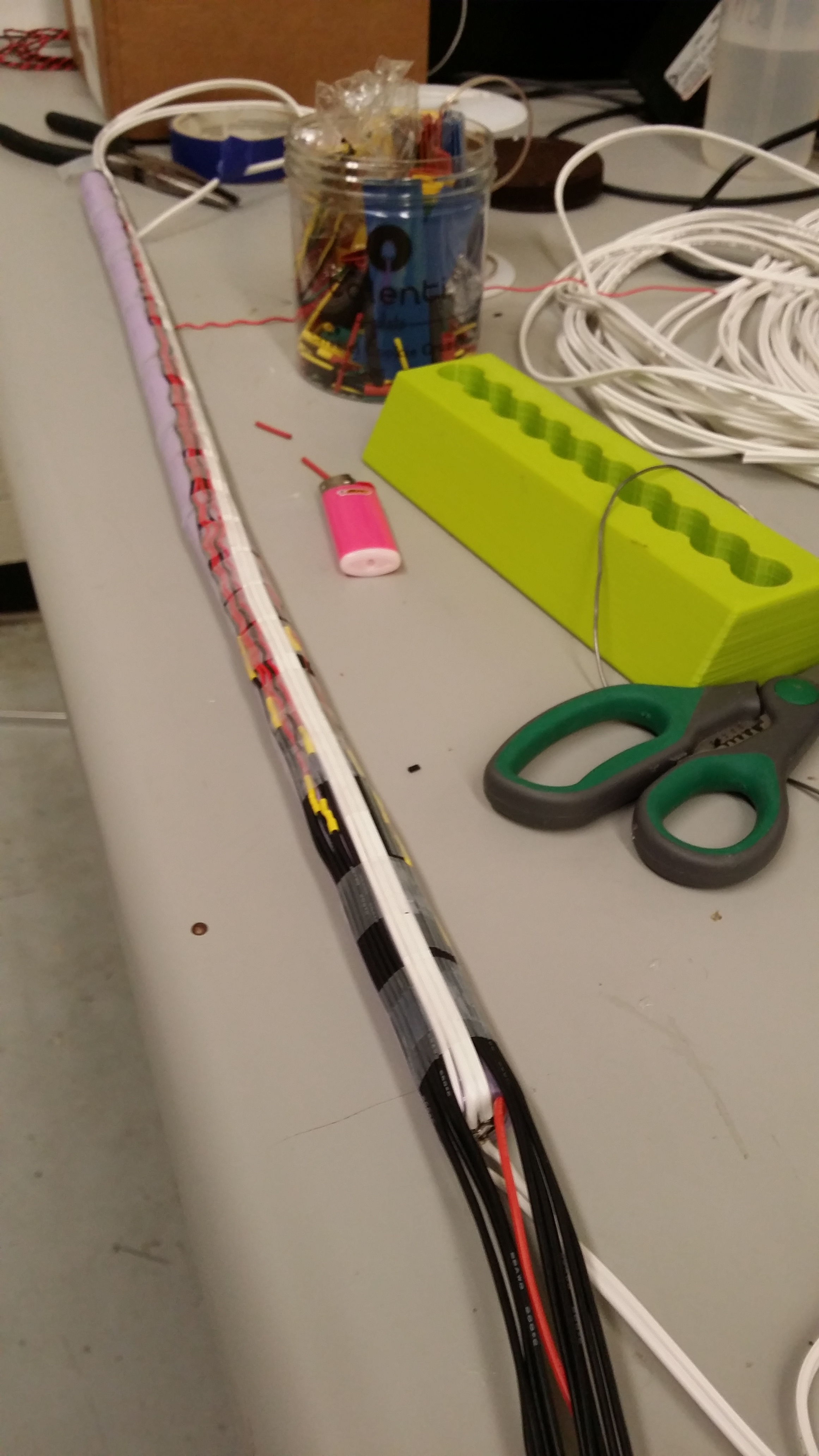 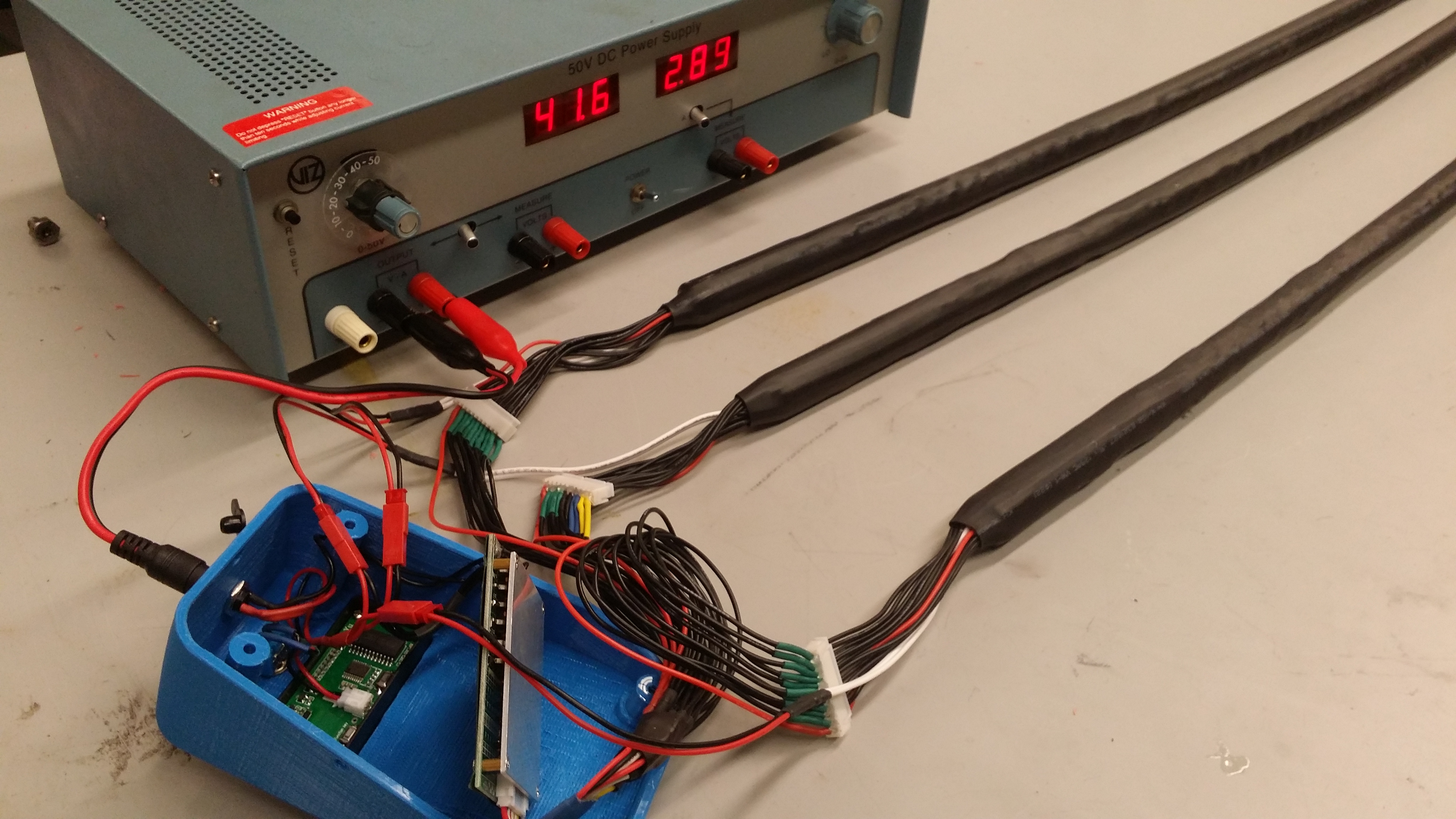 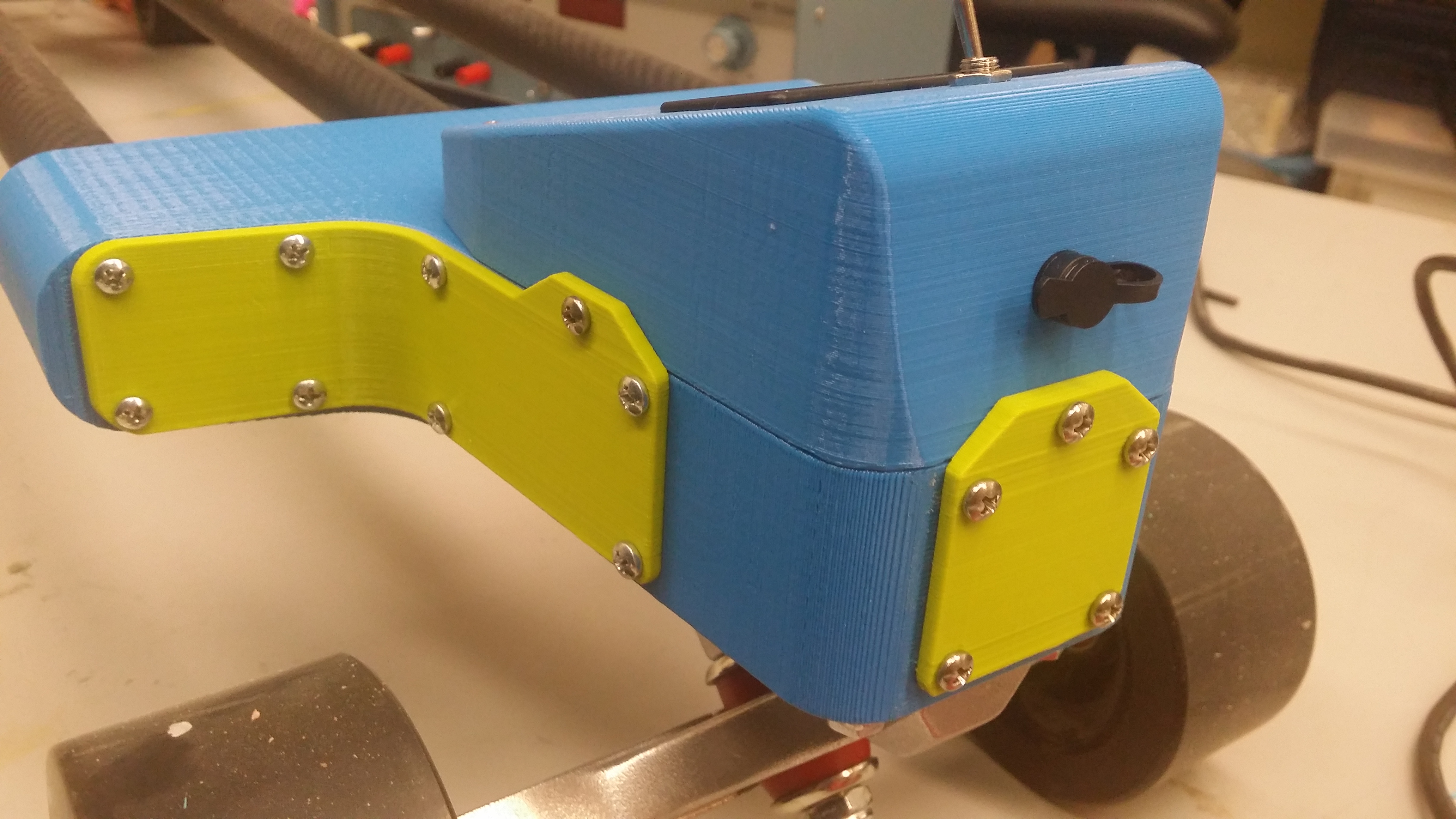 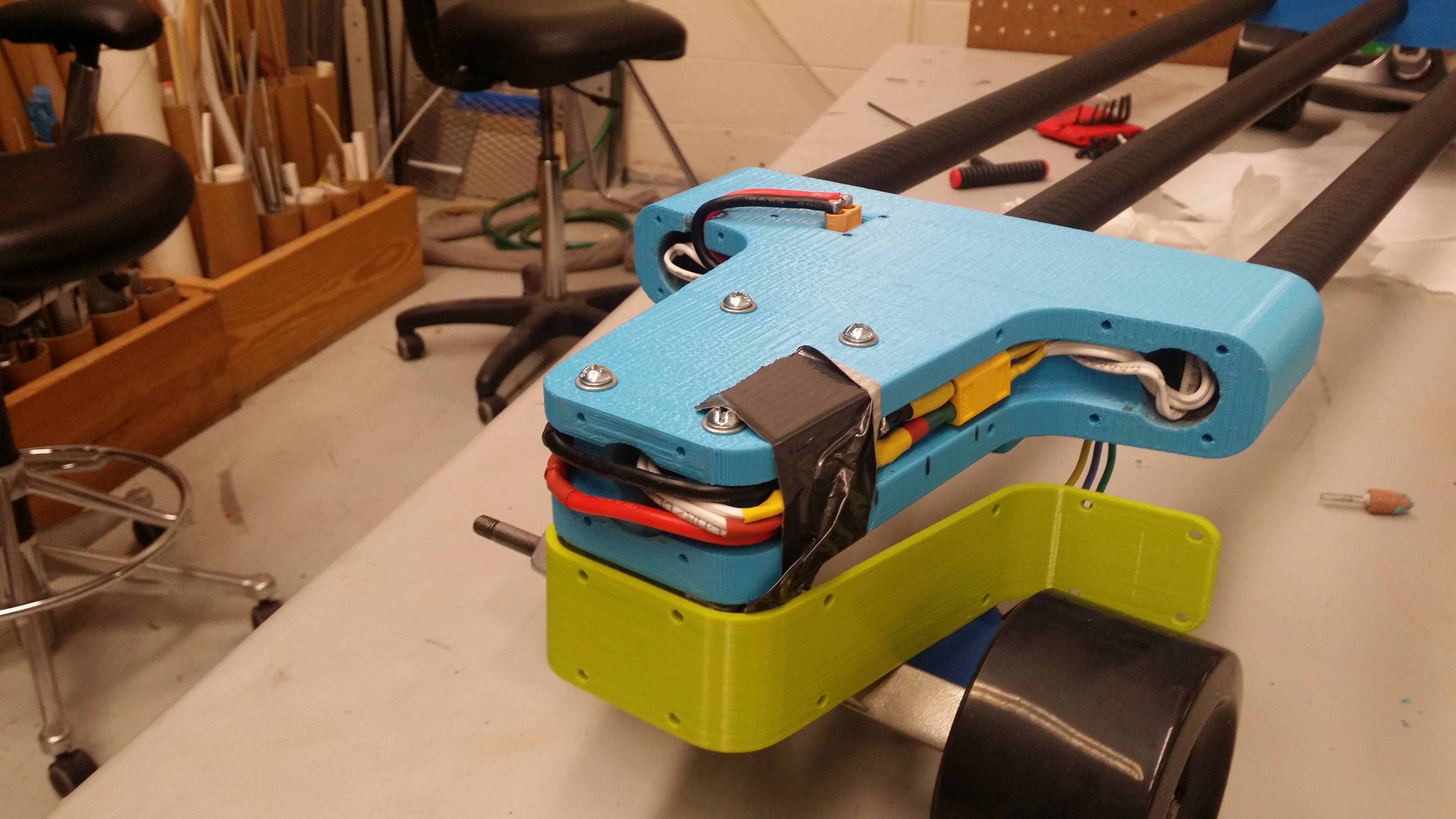 Here is the final post. The power is overwhelm for me for now (6s was the only one I tried before), but I’m learning

Overall it was a fun project, the board is super clean and stiff, and you can even lift it up from the middle tube!

Today I’ve got something different for you. It’s not an esk8, and still it’s a cool motorized structure which we’ll analyze. “Slide Inline Frames” (by @arianetrek) replace your regular roller-blades…

I want to thank everyone who encouraged me through this build, let’s see what we can build in the future, Dani 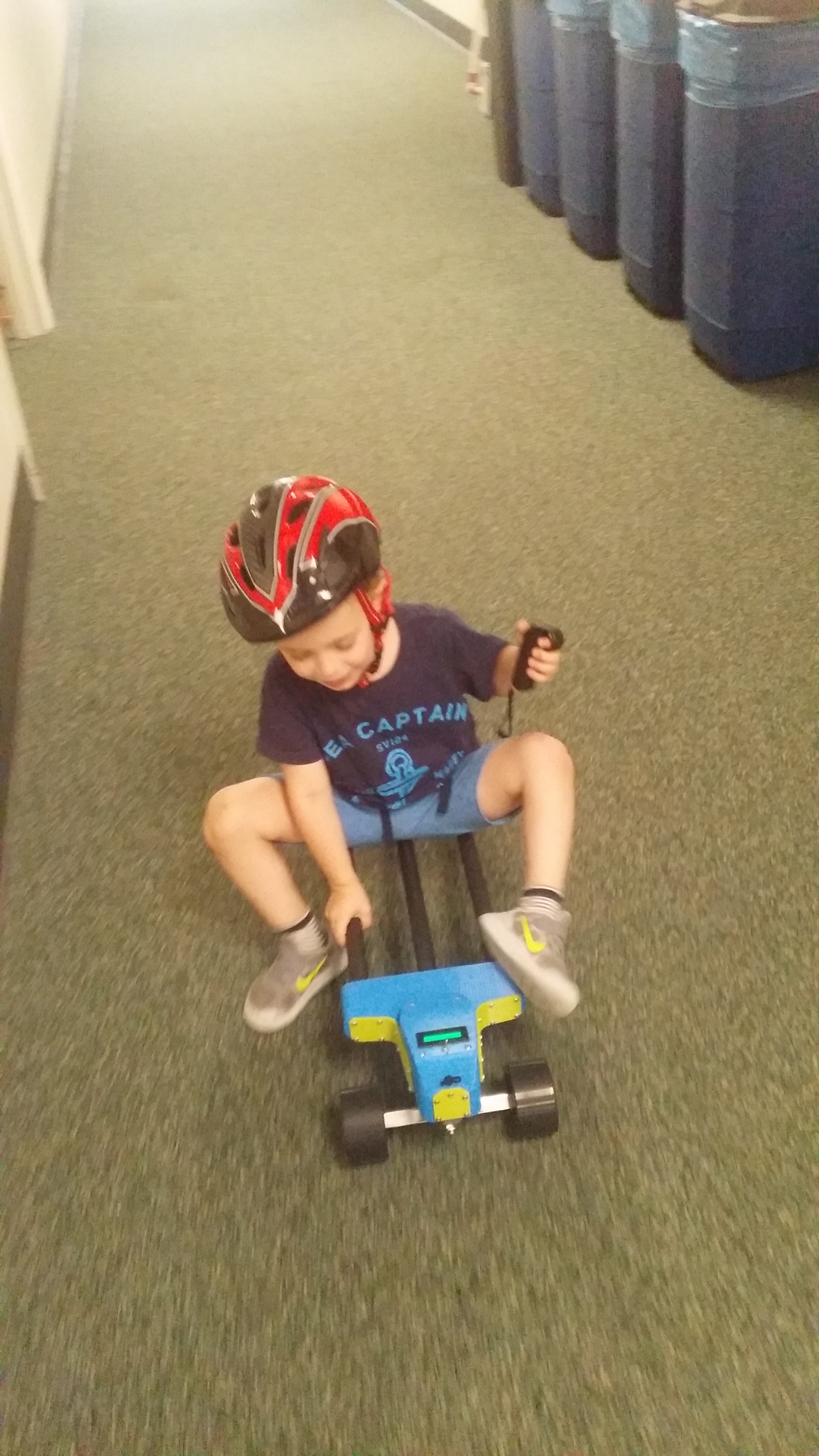 i would paint anything that isn’t black… black though… would make it looks much better!

Niiiiiiice. Its original and unique and most of all functional. Congrats man!

Any chance of a sectional 3D printed part to overlay on top? W shaped for maximum foot pleasure, even place it under the tubes, smooth curves pshing through the gaps.

Feet prefer an undulating (think Umbria) platform and like grip, then it gets serious

Same ESCs? in the other end to the bms?

this build is nuts, but in a great way ! Congrats on seeing it through. It really is one-of-a-kind

Thanks guys! Really appreciate all the kind feedback, Dani

When I started this thing I knew nothing about skateboarding. Now, I see your point. The front foot area needs to have more space (flat) to allow the foot to rotate.

I was thinking of implementing this in next version, but in sort of front battery (swappable), that will also function as a foot rest. This can be achieved with carbon parts and 3d printing.

I will update on the progress, Dani

I recommend you 3d print some foot rest or cut some griptape and put it on the carbon tube. DEFINITELY don’t want to slip your foot going 18 mph.

Thanks! You see what you did??

I will add a foot rest in front, it is definitely the right way to go. Why 30"? More portable? I have this version: https://dosimplecarbon.com/first-dsc-longboard-ever/ Size comparison: https://www.instagram.com/p/BkIDJXVhyU_/?taken-by=dosimplecarbon Will slightly rebuild it in the near future.

I’m really happy with the responses so far, maybe there is some future with this.

Yep. I had a 40 in longboard and it was a nightmare carrying around campus. So now I’m working on a 29 inch one. Plus, turn tight corners is a no no so I bought a 29’’ deck with a kicktail, but the wheel base is kind of small for my battery. Hopefully when I make actual money, I can base it off your design.

I saw your other version but I don’t know the length of it. 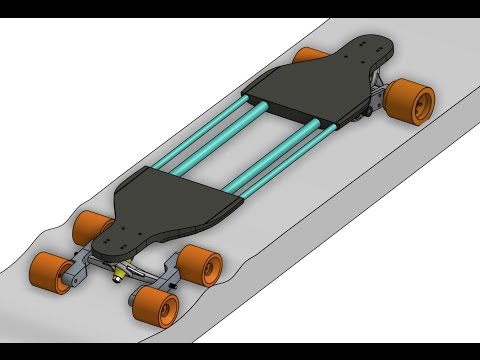 My other version will be around 30", it is around 34" now. I’m redesigning it right now, to make it more efficient.

Thank you for the link, but he is not in the right direction imo. I have an idea for a folding hinge, need to verify it with some stress analysis. Too many things going on at the same time…

I’ve added the models to Thingiverse.

Is W shape the best option? Or it is just a preference? I have some ideas to make really cool deck option for the community.

It’s a preference, concave is the norm. It’s what allows a skater to get the desirable ‘locked in’ feeling and helps immensely with fatigue. I have fallen arches (flat feet), so the center tube would actually be a relief, an insole of sorts.

But, given there are 3 tubes a ‘W’ profile would maybe work better.

…I never got further than this, I hit a wall skill and timewise 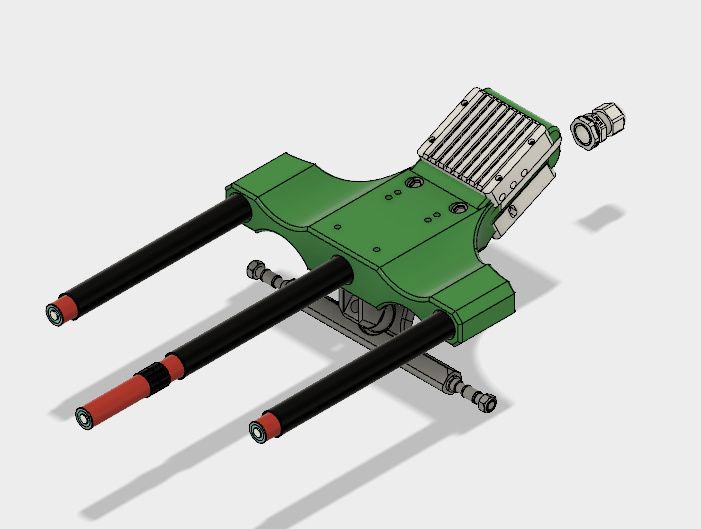 this kind of thing, it does not needs to be really, really strong as the tubes should take the stress. Maybe some nodules with threaded holes on the underside of it for simple printed U-clamps, rather than mirroring the entire deck cover again. a little protective thin sliver of silicone between it and each tube

The textured surface is cool, ye olde penny skateboard and can be gripped over 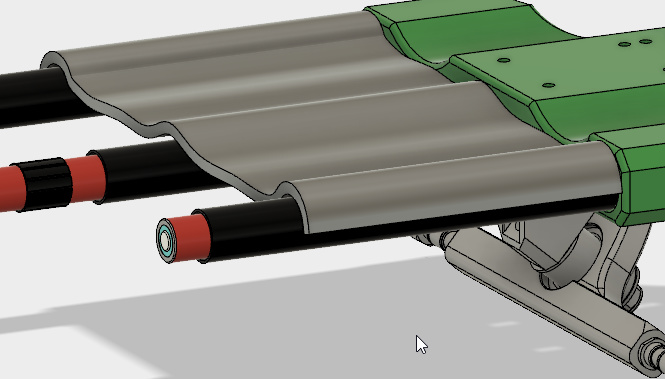 The idea is to transmit ‘feel’ of what is gong on with the deck & trucks rather than trying to isolate with a completly, large static printed part. The tubes won’t flex much anyway OR BANG!

Ps. Yes that is two single ESCAPEs with a BMS filling, I got the idea from the Hillel the Elder, not the Earl of Sandwich, a common misconception

BTW, how did you end up joining each cell? Did you use tinned copper braid or nickel or… 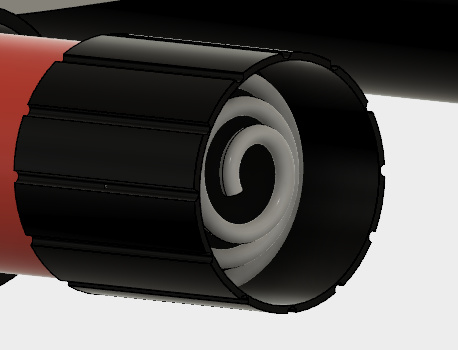 Man, what a beautiful work!

I ended up soldering the cells with nickel strips between them, bent in U. I believe these will not see any movement or stress because of heat shrinking of the whole sausage, and there is no substantial flex at all.

I was thinking something in this direction, kind of fully modular deck that will also look nice and be affordable to an average 3d printer owner.

Dealing with many things at once, but will get it done.

P.S. My other job, harvesting energy:

Cool Dani will take a look!

Mad, love renewables reminds me of a seagull wing 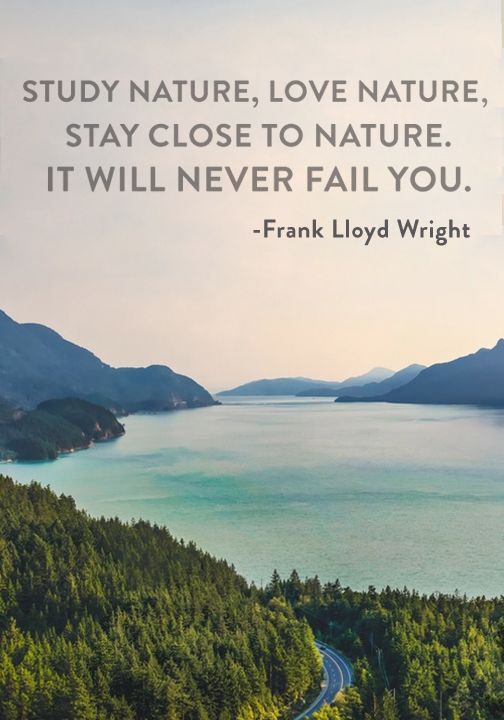