I mocked up another nylon bracket and an axle to enable dual wheel drive with a single motor. I’ve got two sk3s and might end mounting both, but wanted to play with this idea. I’ll see how it performs first, anyway. 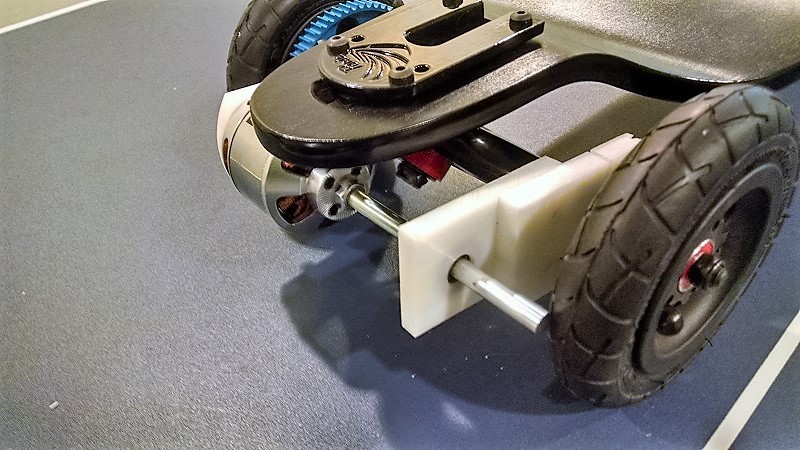 I’ve bored out the axle bracket to fit a 608 bearing, and used 5/16" zinc coated steel rod for the axle (no aluminum in 5/16"). I thought I was going to have to order some 8mm rod, but the 5/16" fits the bearing with no slop. The difference in the two nominal sizes is only 2.5 thousandths after all, though I don’t know what the tolerances are on these pieces.

On the motor side, I cut the bolt end off of the included aluminum coupler, then bored it out and threaded it with an M8 tap. I also threaded the axle to fit. I intend to machine a longer coupler in the end so I can get more axle in there / maybe a lock nut on both sides.

Like I said before, I’ll make some changes to the final mounts. I want to include a bash plate of some sort among other things. Now just have to order some aluminum and pulleys and wait for the electronics to arrive. Wish I’d just ordered the existing pulley non-anodized. Ah well, maybe I’ll replace it when I buy the second one.

I don’t want to burst your bubble but that dual wheel drive wont work. see our discussion about differentials here:

But when both wheels have an equal load on them, such as the road, they both are driven. Cars are not one wheel drive!.. If they where one wheel drive why is there a diff at all? The motor could direct drive the wheel! If you want to learn about...

I’m definitely curious to see what’s going to happen. Pneumatic may be the straw that causes the chatter and skipping.

my prediction is broken belts…

@lowGuido, of course, thanks. I have actually read that thread and just forgot about the issue entirely while playing with things today

. Hmm. at this point, I might continue on just to witness what the failure point is (belt slip, I’d guess) and how severe.

You’ll be the first to actually do it. We’ve definitely written and read a lot of theory. Let’s see it in action! You’re already there anyway right?

yeah do it for science.

I have always had this theory that when RedRock designed their La Grange truck they had intended 2 wheel drive, and then after the production run realised it wouldn’t work so they replaced one side with bearings… We’ve definitely written and read a lot of theory. Let’s see it in action!

yes, this should be interesting!

if it were normal skate wheels, I’d say that there would be enough room for one wheel to go slightly faster (the truck isn’t that wide, so the difference in speed when turning should be small anyways) and you wouldn’t see much of a difference; unless it was on a crazy smooth road with a low durometer wheel…

My thoughts EXACTLY! As far as the LaGrange L1 truck, it was designed around a floating axle merely because that was the easiest way to allow any wheel to be used. Because they made a “glue in” hub that had no bearing, the easiest solution was to secure the hub to a floating axle.

you cannot ignore the huge savings this setup offers. 1. minus one motor cost. 2.minus one vesc cost! BUT you still have the braking force of a dual setup and better handling without torque steering. these are some legitimate reasons to at least test this configuration.

However i think you need some kind of coupling to minimize the differential and reduce the force on the belt.

My gut feeling is that with pneumatics they might not want to slip on the ground as much as a urethane wheel would, so you might have more problems.

I was going to install something like this, I’m thinking this will allow for some slight variations in rotation.

it’s a torque coupling, design to stop things breaking when motors spin up, i also think it might help reduce stress on the belts 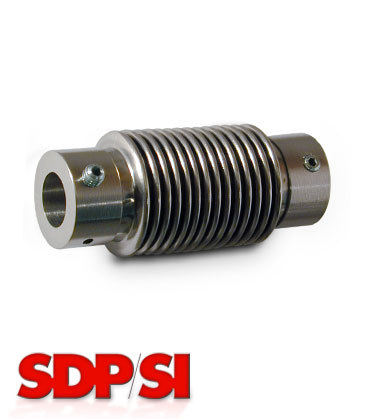 That’ll probably work!!! It’s going to be make or break with pneumatic. I cant wait to see the results.

Definitely worth thinking about. I’ve got some ideas along those lines to try to overcome the issue. I’ve found some couplers like that allowing up to 15 deg axial misalignment, which probably isn’t enough to mitigate the issue entirely (though I haven’t calculated the range of turning it would allow and would also largely mitigate the benefit as it would wind up upon initial acceleration). You could definitely put a one way bearing or similar in and only do left turns like zoolander

. There are also options of mechanical or electrically actuated clutches, etc that I’ve been looking at. At this stage it will probably be an exercise in the space of proof-of-concept as opposed to something elegant / simple enough to be worthwhile, but that’s half the fun.

I’m thinking I might try to kludge a pass-through ratchet mechanism between the axles as proof-of-concept, though it would undoubtedly fail under real riding conditions. A tooth or roller clutch made for high torque / rpm might be feasible Link. The nice part is that once you come out of the turn, the two wheels are travelling at the same angular speed, so re-engaging shouldn’t be too hard on the clutch. An active, arduino controlled clutch isn’t hard to imagine, but also not quite trivial.A passive, mechanical engagement would be much more satisfactory. 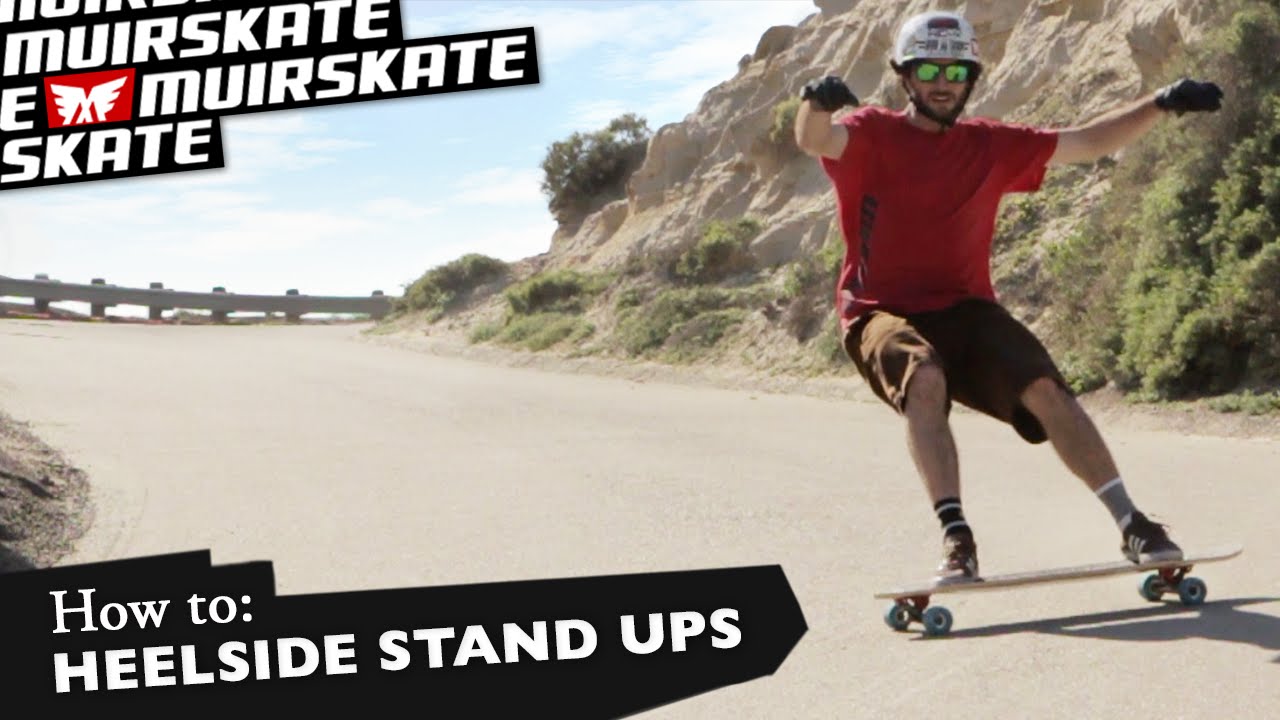 Ha! but on pneumatics!?

I’ve never skateboarded before, so I’ll leave that challenge for someone else!

the spider gears on the inside are pretty small, and people strip them with just rc motors on asphalt.

The concept is good, it just needs to be blown up to scale for an eboard!

@emotiva did you ever get this dual-drive-single-motor concept to work?

I actually suffered a fairly serious head injury (and brain hemorrhaged) a month ago and haven’t done much of anything since. I’m getting mostly back to normal now and hope to revisit possible solutions at some point when my mental drive (hopefully) returns! I probably can’t ride for a few months, but if I can gather the motivation, it might make a nice project in the meantime.

@emotiva Awww that sounds nasty, hope you are okay and recovering well. Was that injury from an e-skate related incident? This concept looks great from a simple setup with great torque for steep hills. Thats the only reason I’m looking to go duel motors for better traction.

Here’s to a speedy recovery brother!