First Build. This is obviously going to be a progressive build while I wait for the unity to arrive.

The Shryke is named after my favourite Innova Golf Disc, the Innova Shyrke. 13 Speed, 6 gluide, -2 turn, 2 fade… if that means anything to anyone.

I probably should have named this build Apprentice Evo, after getting so much inspiration and information from @Deckoz Brad and his Master Evo thread. So you’ve probably seen it all before.

In saying that, with the Australian Dollar only getting .70 USD, and the shipping costs getting here (normally $50+ USD), I really wanted to do a lot of research to try and get it right the first time.

My mate has an Evo Falcon which I was comfortably cruising at 48kph (30mph), so I wanted something that went a little bit faster. My original plan was 31mph. I found the falcon just a little bit short for my stance, so I decided to go for the Evo.

So here goes… I ordered a bunch of parts and received most of them this week:

Extras: Customer Evo X braces from Matt @aklut… which I’m yet to pay for!!

I’ve also bought some 40” Globe Grip Tape that is ridiculously coarse… going to try laser cut some designs into it.

My original plans in April…

Hi all, I’m Seb from Perth, Western Australia. I’m not sure how many people still follow this thread, but I thought it was about time I introduced myself. I’ve skated for a good part of my life and esk8 was probably just a natural progression. I...

Not too much changed, bigger wheels, more range, and a higher top speed.

@Jlabs - Jared… good banter… answered a bunch of questions… saved me a heaps of cash… hopefully got some beers out of it. The modular pulley set is amazing. Love how it’s push in and there isn’t bolts going through the wheels. Awesome product.

@eboosted - Alan… Can’t think of anyone more patient. Amazing talented craftsman. Cheers for the quick turnaround! The enclosure looks better in person then in photos… if that’s possible. 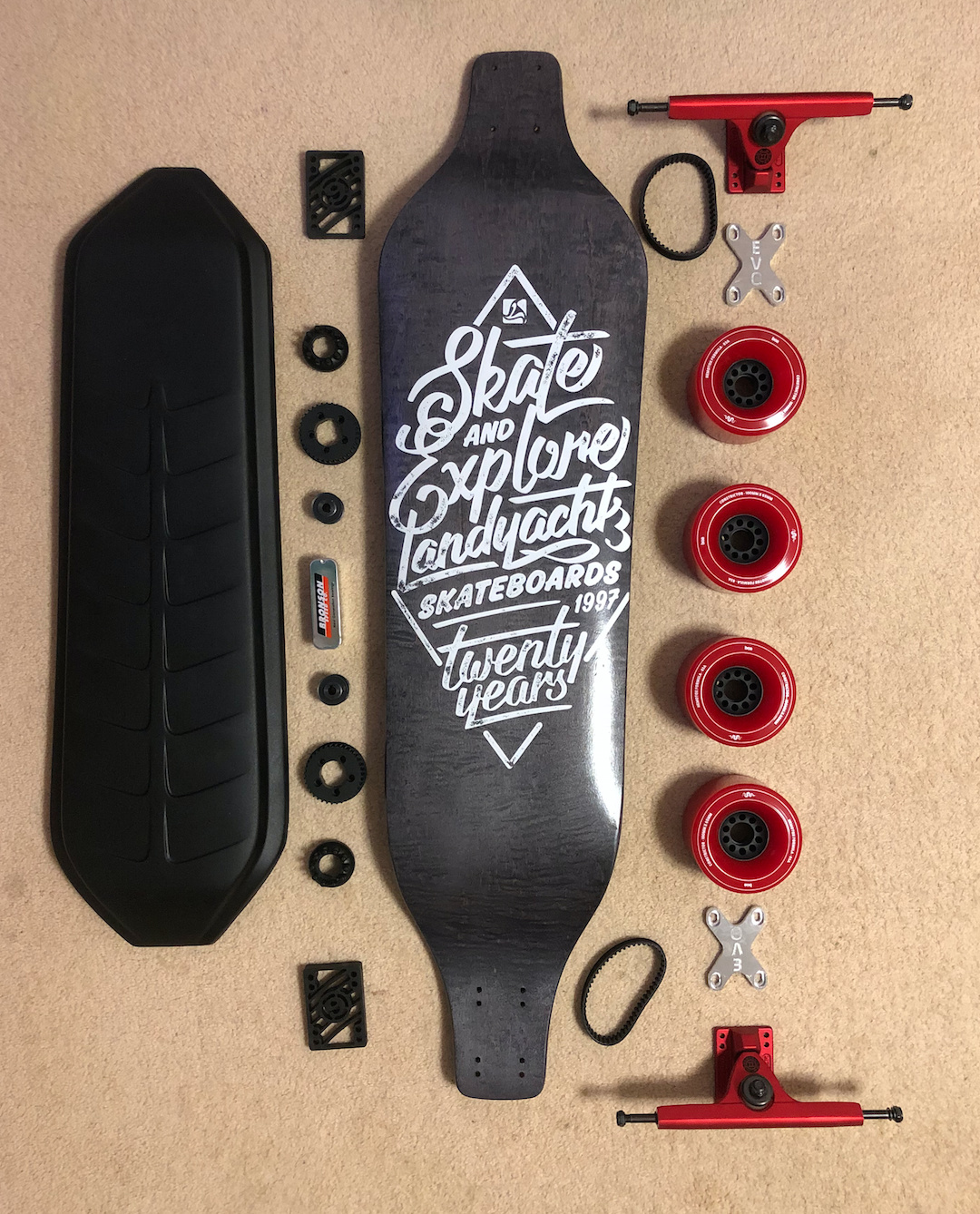 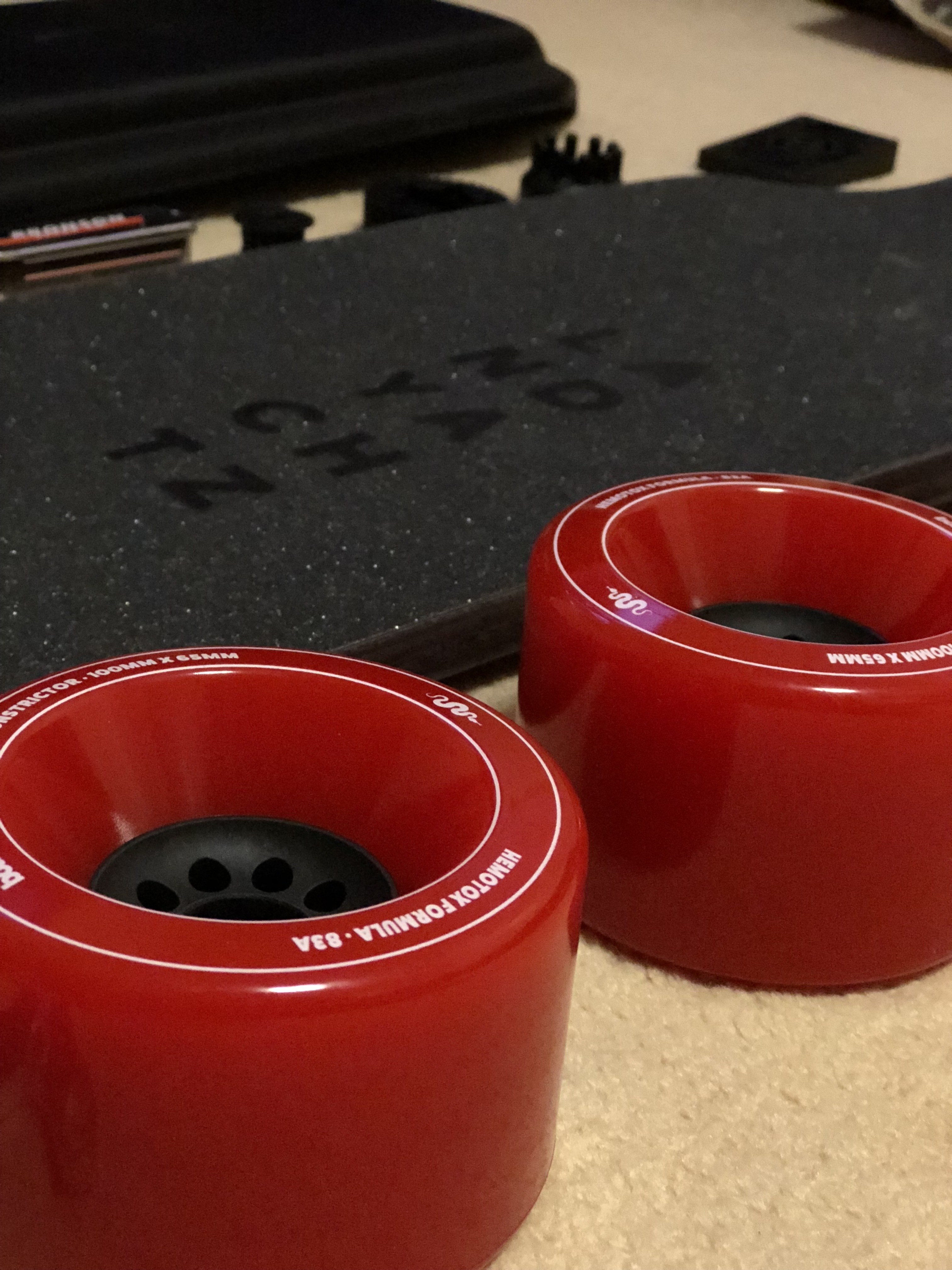 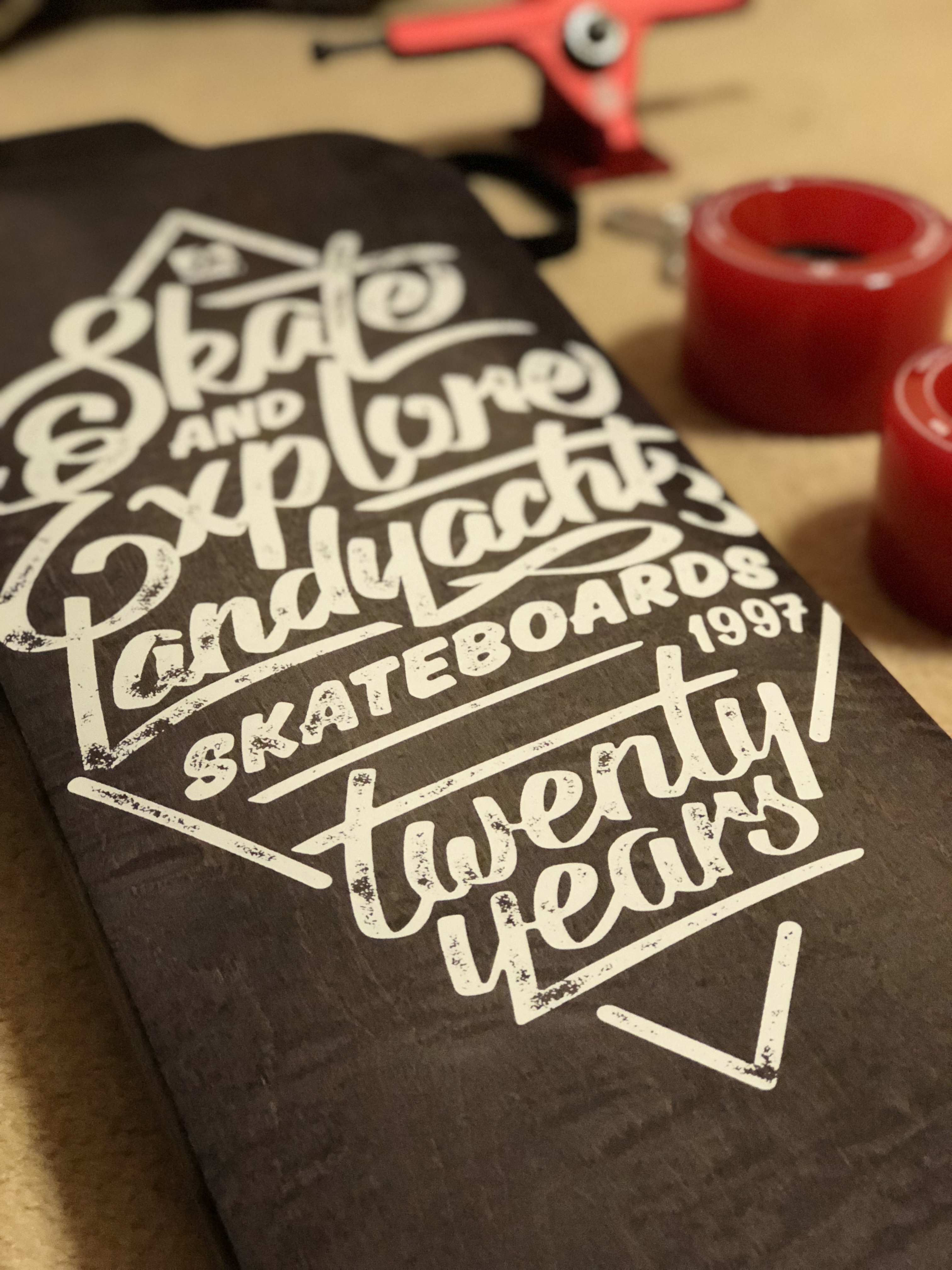 In the interim… I put some spare Kegels on and have been using my legs and hitting some hills. Absurd right? 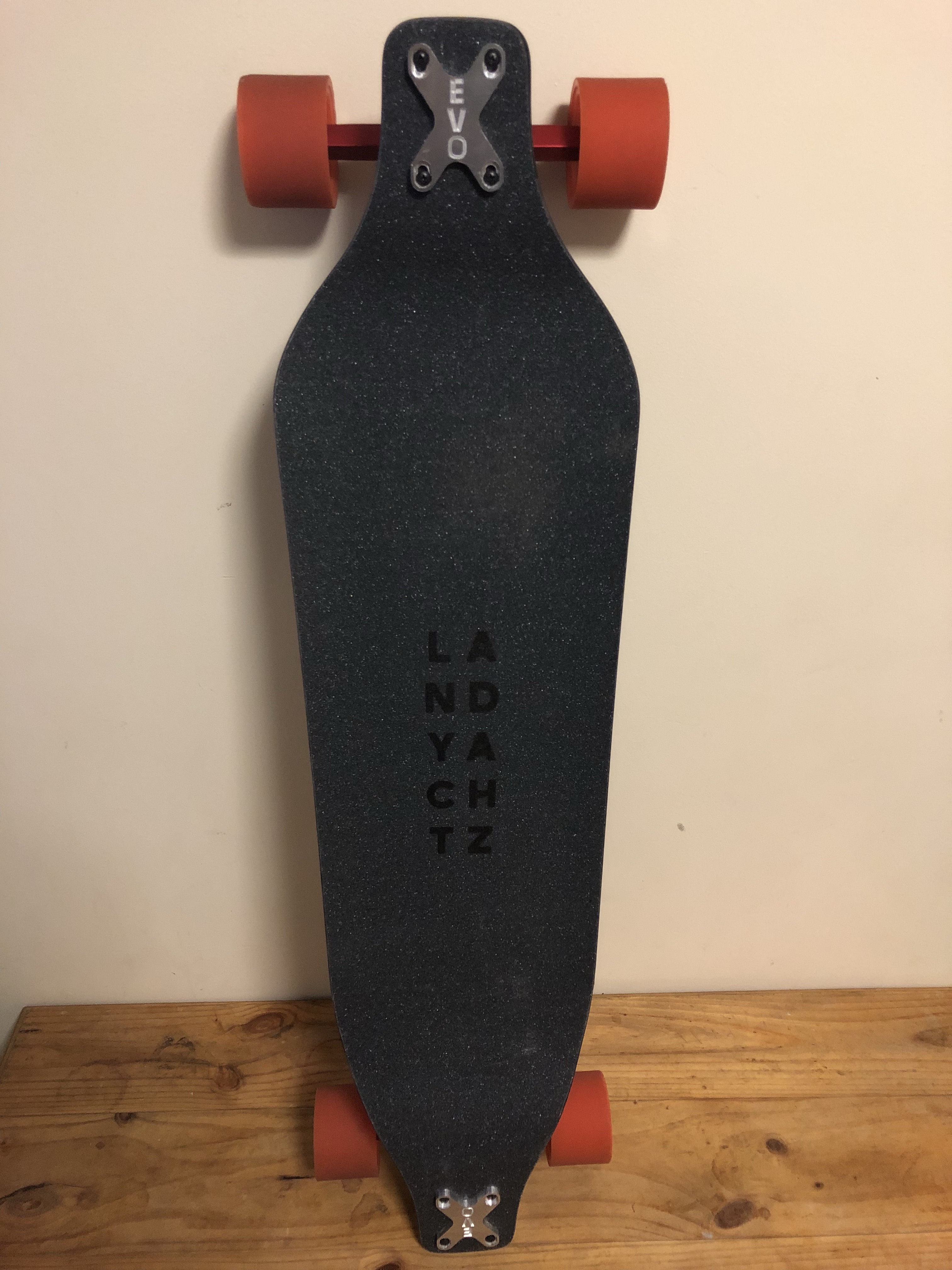 How do you like the evo as just a push board?

I see it being used in alot of builds lately so I was getting interested in the wedged/dewedged set ups.

I’m building my own decks now so I kinda want to make one and try it out!

Yeah mate, I’m actually loving it with the Calibre 44s. It rolls really well, it’s easy to control, and the turning with the trucks is much better than my boosted board (the boosted trucks are quite tight though).

I have two other functioning push boards that I use and this probably feels the smoothest / nicest with the set up in the photo.

I need to find a big hill to see how it handles are higher speeds. Have the wedges sitting there ready to go, interested to see how to handles as is first.

How good is it even without the big motors? Planted board hey? Did a little analog work myself earlier because well just because. Mine will be rocking and a rolling tomorrow so I’ll keep you posted.
Nice build and don’t be thanking @Deckoz he just cost us both a fortune.

Was actually thinking I needed to buy a second Evo deck just to push around the streets. But I’m sure I’ll be over it by the time the unity arrives. I’ll live vicariously through your build until then.

Fortune is an understatement. I stopped counting because the exchange rate was killing me.

This will be a stylish build!

The Shryke is named after my favourite Innova Golf Disc

There’s a lot of words here, just want to check. We’re talking about a frisbee right?

Hey good luck with the build – lots of help here – this is great forum with lots of really supportive people.

Seb -your build sounds great what KV are your motors? happy to help with cell selection and building your battery pack if you want Cheers

There’s a lot of words here, just want to check. We’re talking about a frisbee right? 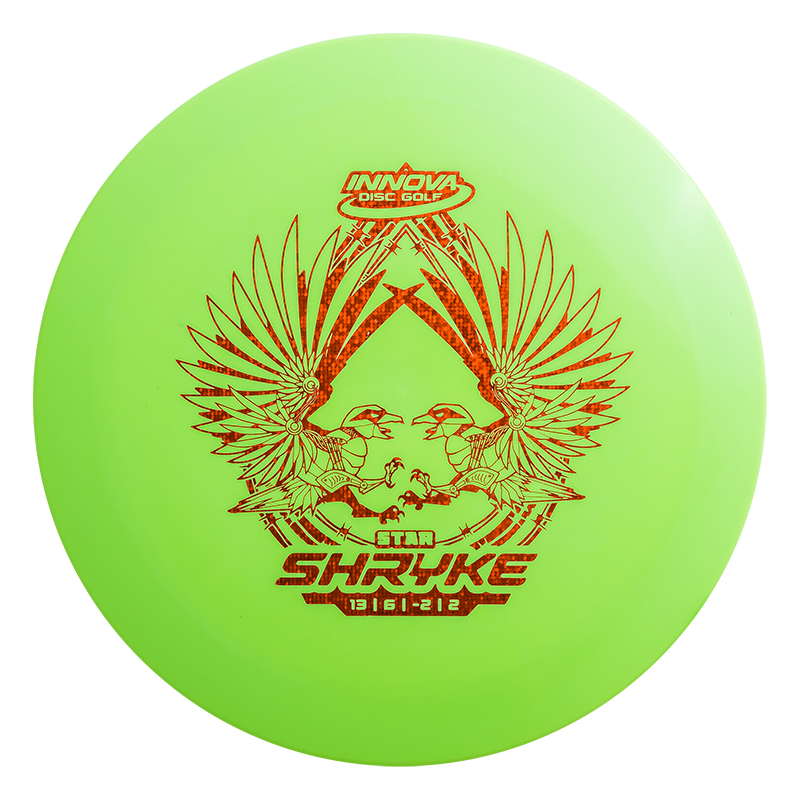 what KV are your motors? happy to help with cell selection and building your battery pack if you want

@SkateBoy58 190kV mate. where about’s are you located?

Shameless new TSG pass selfie. Anyone else have these beard problems?.. @mmaner 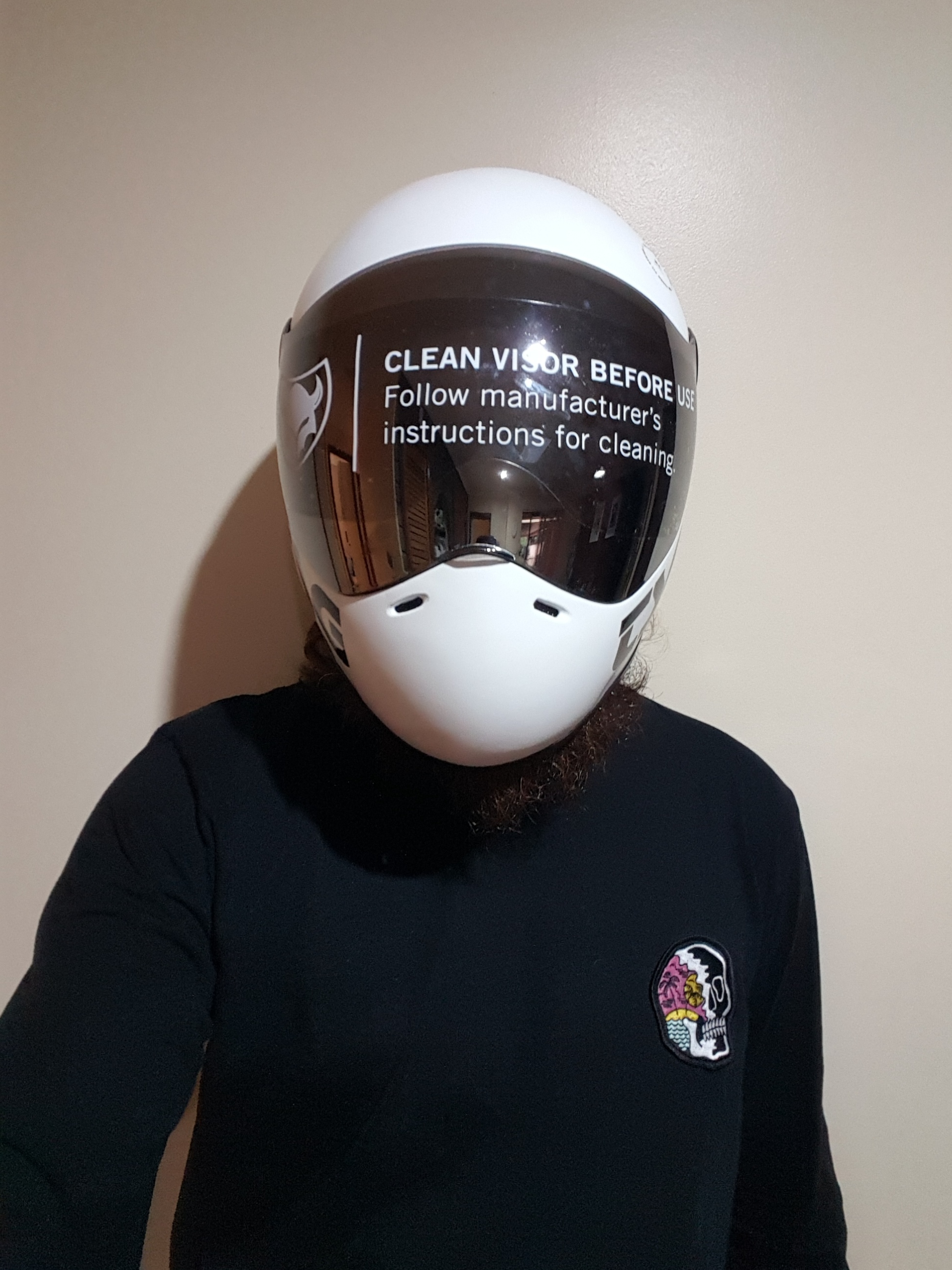 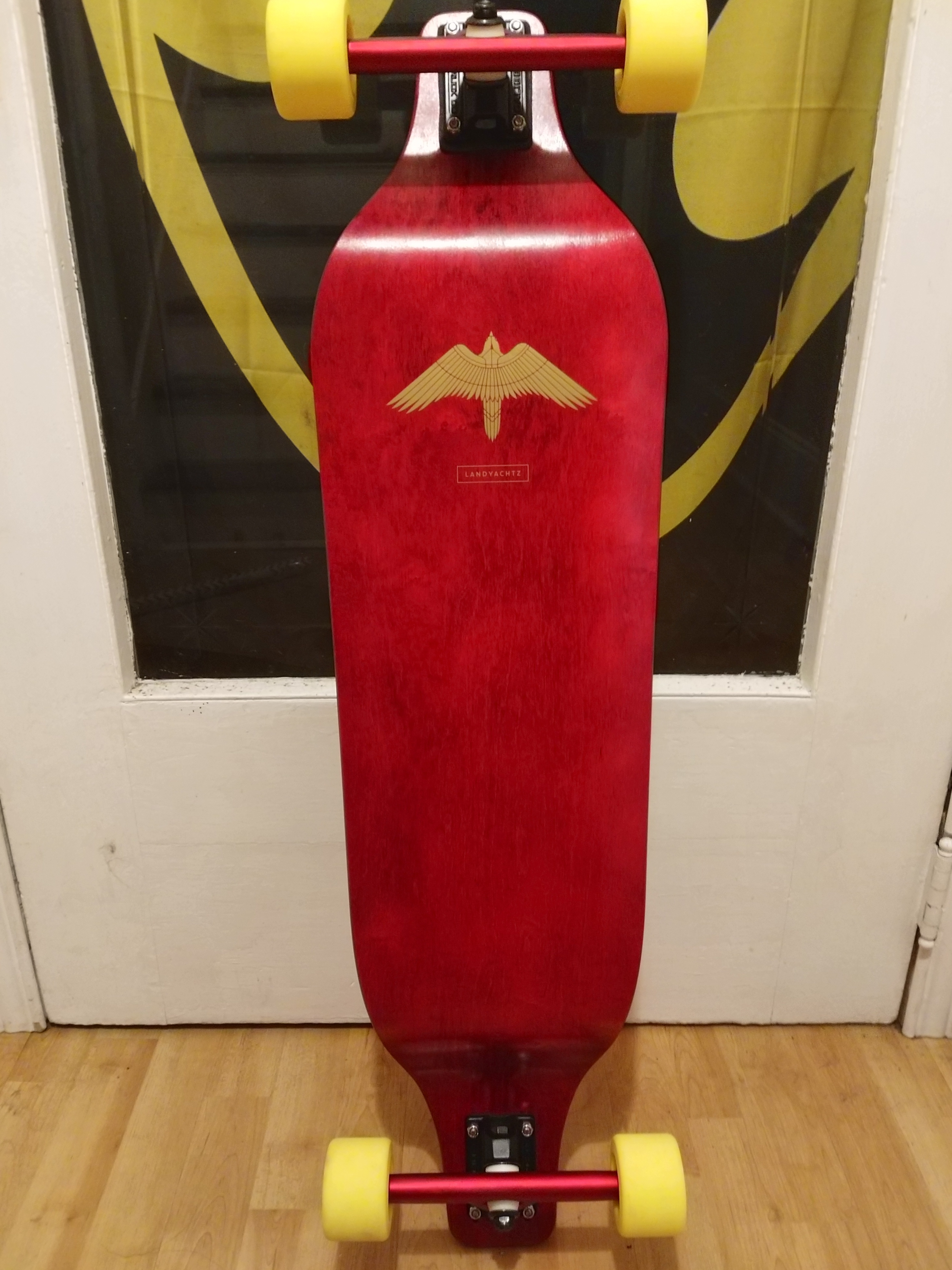 Dont be ashamed…My pusher/slidder just got some new otang Keanu…there is nothing better then just fuckn roasting drifts and melting thane down fresh tarmac…e sk8 is another world of fun adrenaline pumping good times… .just ride or die is my moto …love the evos but the newest model as I’m short and this is so perfect for my lil ass…THE FALCON…I’ve started a build for my carvon as these Evo are the most high speed stable deck I’ve been on after 50k it still stable what…???my carving set up is in … There is usually a fine line for carving and speed… its one or the other…the Evo just carries high speed with ease and carves like a beast at speed with the right bushing set ups…

The Falcon looks sick! But with my long legs it was just that little bit too short. I haven’t even started playing with bushing set ups yet. I wasn’t planning on changing them until I actually get the board up and running, but if you have any recommendations let me know!

Yes @moone this is why I enjoy the smaller version this year so much more…as the original Evo felt really long to me all my boards that are close to 40 feel like a mini surf board to me as I’m only 5.6 tall …so for bushing set up as you can see I haven’t touched this set up yet either new trucks and wheels and this board reacts different to the original much smaller…I have alot of tuning myself… for the Evo you will find you will run different duro from front to back stiffer fron softer back to help carve at lower speeds…they are like a bus…but you will run different duro for board side and road side…it’s hard for me to give you a set up as your weight height and style and how advanced in riding…DH you will want stiffer carving softer…this is your tuning comes in everyone is different…as you advance you will want more carving abilities…loser trucks. the best bet for Evo really is to get a basic feel and get a couple duro harder and softer and play around with them…now @Alphamail from riptide can most likely help you out much more he is the bushing guru …cheers and have fun…

Battery Update: Waiting for the Unity to finish production and start shipping, so in the interim, decided to learn how to build a battery. Luckily have a mate who is clued on with everything and has a spot welder.

Bought Samsung 30Qs and tested them all. Put them in the configuration for a 12s5p, and once I was happy with everything, started spot welding. 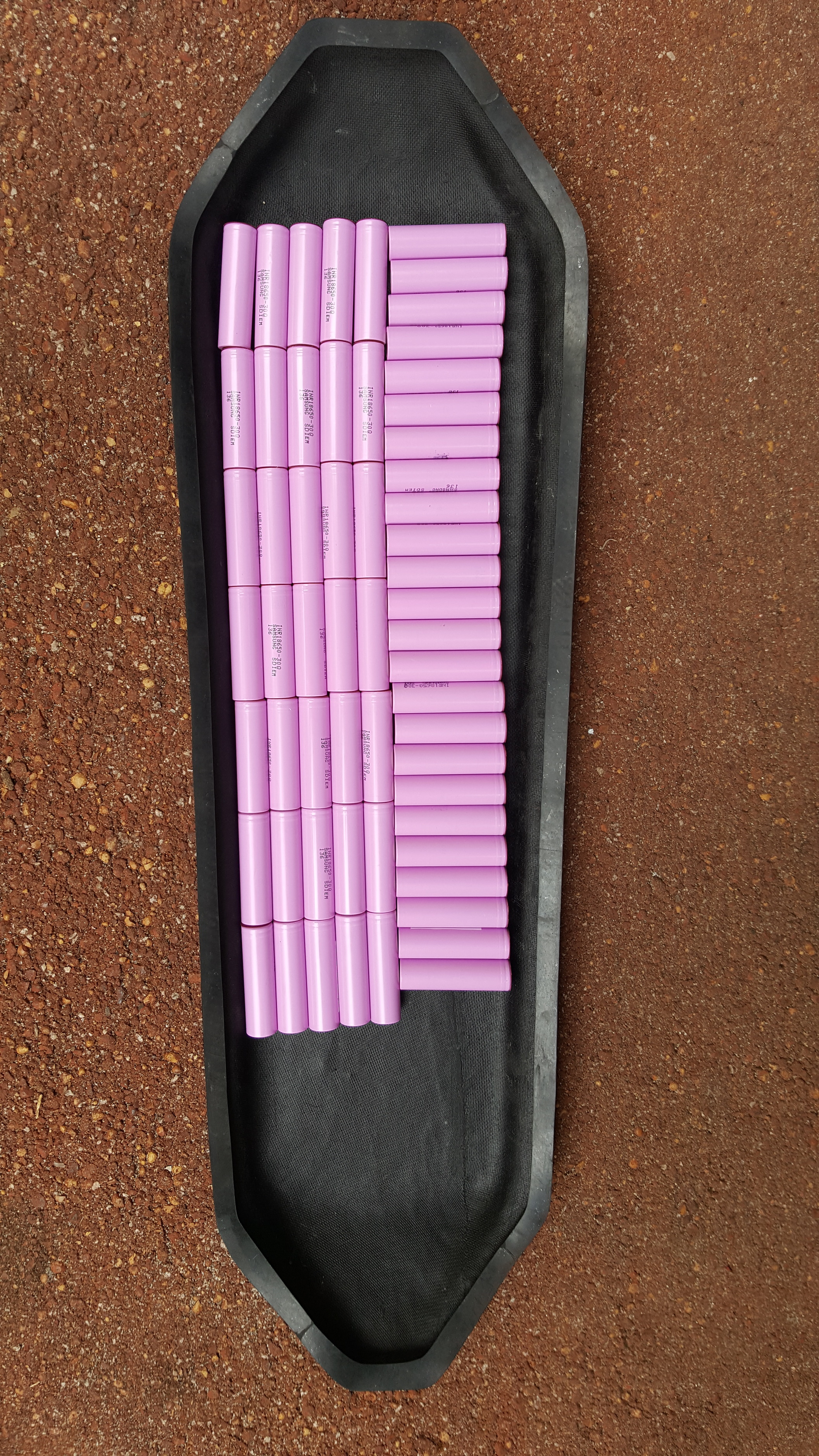 I haven’t been able to find a big sheet of fish paper in Australia, like I see people using to insulating the batteries, but there is sticky fish paper sheets stuck in between the batteries length ways. 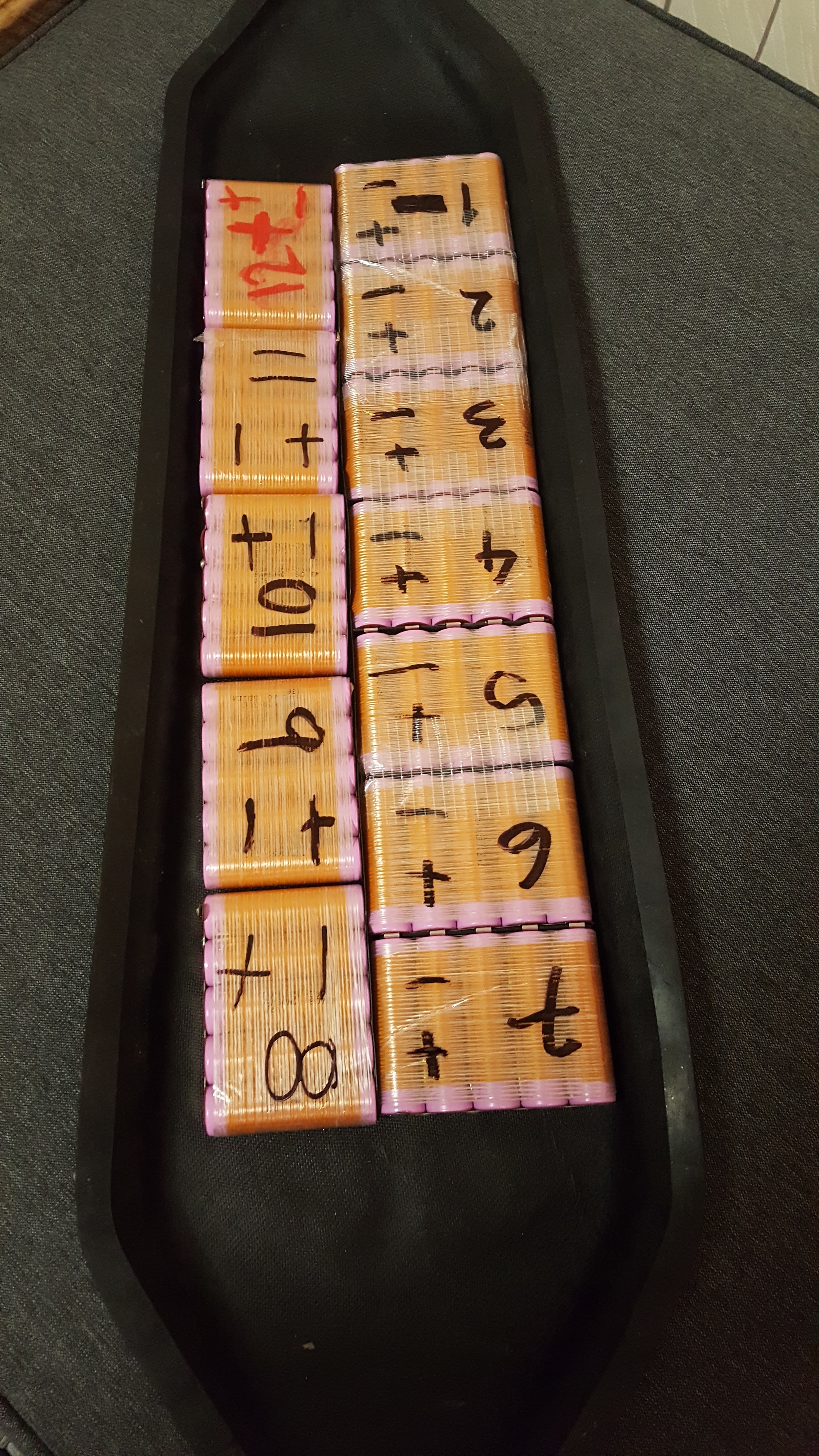 The BMS was wired up next, which after speaking with @dareno, I’m going to hopefully move tomorrow and put at the very front of the nose.

Any other tips / recommendations I’m happy to hear them!

Controller Update: Ended up going with the Enertion Nano-X controller. I wanted a thumb wheel controller, like my boosted remote - I’ll probably look into the fireflies when they are more readily available in the future. Or even look at building my own based on Solid Geeks files and product part list online. Might be a little challenge for me to work on.

This controller is a lot smaller than the boosted. I have pretty large hands but I think like I can sit in there comfortably. 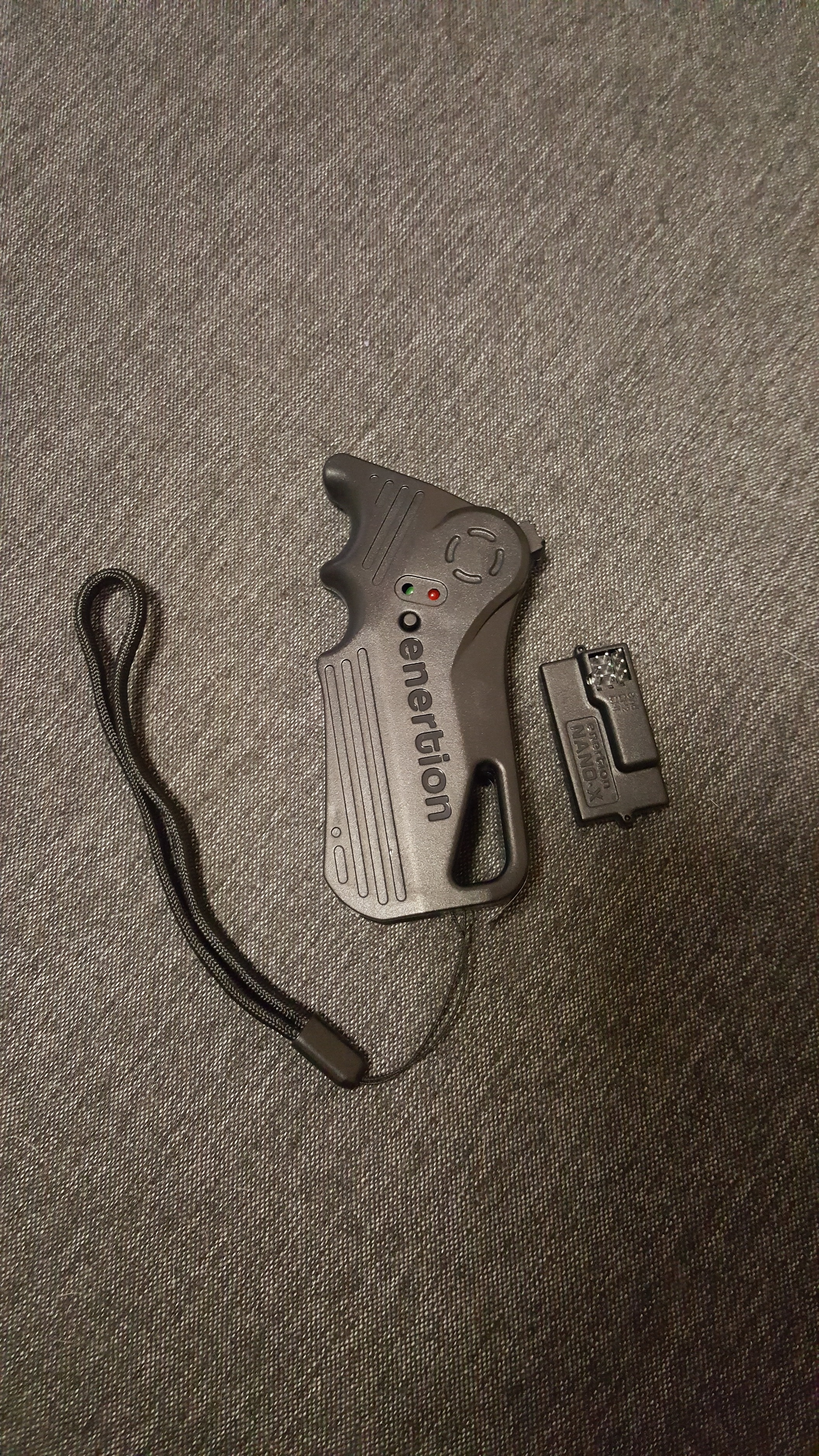 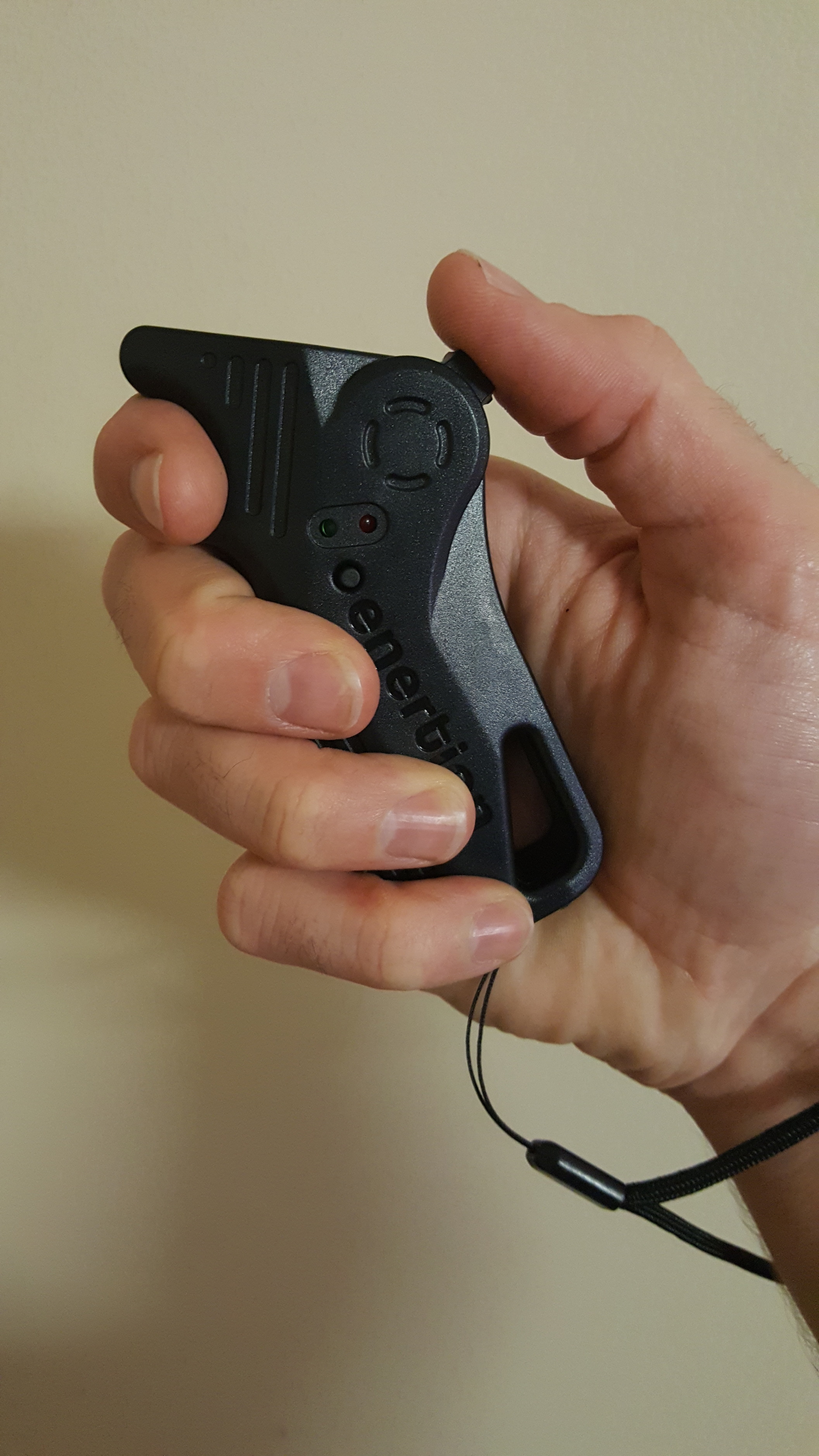 Can’t believe that you are using that thing in your build. The whole concept is flawed mate. I mean who the hell in their right mind would build a board using an evo? Worst deck on the planet. And using 6374’s Really. Should be hubs if you want performance. Whats wrong with you? this is what you need for true esk8 quality 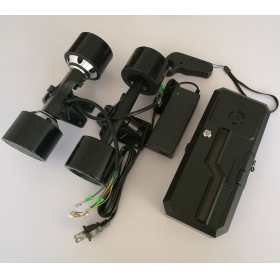 Sort your shit out mate

What did you use for the series connections between 7 to 12 p-groups?