I have a problem with the configuration of my vesc. I just finished making my setup with: **8s 6400mah battery ** **A vesc-x from enertion ** A Nano-X hand remote controller from enertion

I’ve build the battery myself and it outputs around 26 volt right now (already used it a bit) However the vesc says that the battery outputs 19.6 volts which I think is very weird. When I plug the power cable in it says it has 29volts in the BLDC tool. Here are my BLDC tool Motor settings: Hope you guys can help me!

After uploading this thread I realised something. I use this splitter to split the power to two vescs, however I burnt my second vesc… 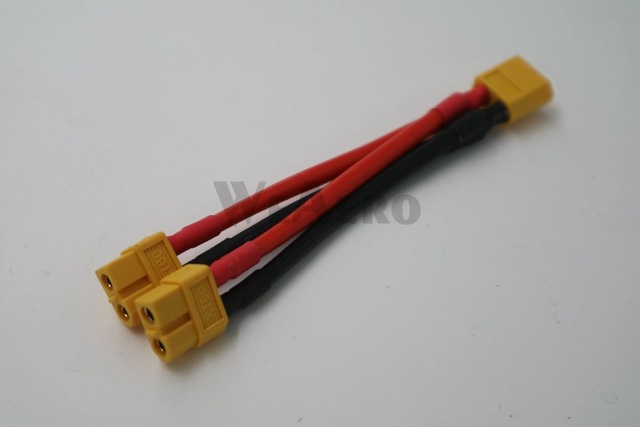 Maybe post a picture of your battery. If it’s a single 8s, this sounds like voltage sag. Measure the battery directly. What voltage ? Why plug in the splitter when ur on a single FB.

Actually only using the splitter right now for extention of my cable.

However I just discovered that the voltage drops when the vesc is connected so the splitter is fine.

Is there a setting in BLDC that cuts of some of the voltage of the battery?

I’ve found this thread that has a similar problem:

Sooo it works now flawless and hooolyyy fuuuc my board has a lot of power now.

You cannot compare a 8s to a 10s3p. the 3 parallel groups compensate the voltage sag. Bypassing the BMS may help a bit, but I’m afraid not the solution to your problem. Edit: What cell types are you using by the way, cause your settings look very optimistic

@sjors98 you’ve stated your battery is 26v… perhaps part of the problem is your battery cut-off setting is at 27.2v…

but on second thought, shouldn’t a fully charged 8s battery be closer to 30v+? if you’re at 8S and 26v maybe you need to recharge the battery? you’re already down to 3.25v per cell which is quite low…

But the motor still works but stutters, I have the battery on charge now so when I get home I will try again. Still the voltage is dropping around 8 volts which doesn’t seem right.

I drew a battery scheme very quickly (I apologize for the bad structure) The battery’s are 3400mah NCR18650B cells. the voltage is dropping around 8 volts which doesn’t seem right.

if the battery was already low (3.25v/cell) to begin with, the voltage sag could be much larger than usual, & it’s possible the low volt cutoff setting was the only thing protecting your battery from overdischarge and possible damage.

Okay so I asked my roommate who has little experience with wiring to check if he can see something and he just called me to tell there was jus a bad connection at the XT60 connector to the vesc. He fixed it and now it works as it should work. Sorry I’ve wasted your time!