First Build Back to the Future

So I got a pink nickelboard for christmas from a friend and I wanted to turn it into an electric skateboard since my electric scooter couldn’t go up the huge hills at UCLA. I have a firm belief that aesthetics makes or breaks everything so I decided to base my eboard off of the OG future board…the back to the future hoverboard. 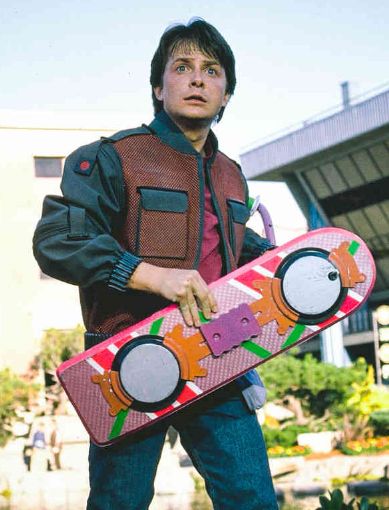 ***I tried the nickelboard deck and I didn’t like the way the caliber trucks and the longboard wheels looked so I scrapped the idea and made a board from scratch.

Note: I actually have two motors, but just don’t have enough money to buy another vesc and motor mount yet, so it’s just a single drive board for now.

The board right now can go up all the UCLA hills, but it slows down a little on the way up. The range (I haven’t tested it yet up the battery was 69% after riding it nonstop for 45 minutes around the campus and Westwood). I weigh around 180lbs so I was surprised the board went up the hills considering how steep they are.