Wanted to get your thoughts on some full face helmets. Been tossing up between a few. Here’s what I’ve been looking at.

The Rurocs look cool and can double-up as a snow helmet, but I’m not entirely sold on the goggles thing for street skating. And visibility I would think would be less with that. I like the TSG, but it as a double-d ring strap, rather than a standard buckle, which is more of an annoyance than anything.

Anyone had any experiences with the above and/or wanted to point out any shortfalls?

Hehe. My parents know the guy that founded Ruroc. I would go with triple 8 or tsg pass. I have heard they are pretty nice.

I personally have a predator dh6, though I’d get. Tsg pass. The predator dh6 comes with an orange visor I didn’t like so I had to get a black one seperately. Also the chin sticks out like a birds beak, so it’s really long. Besides that I like it! 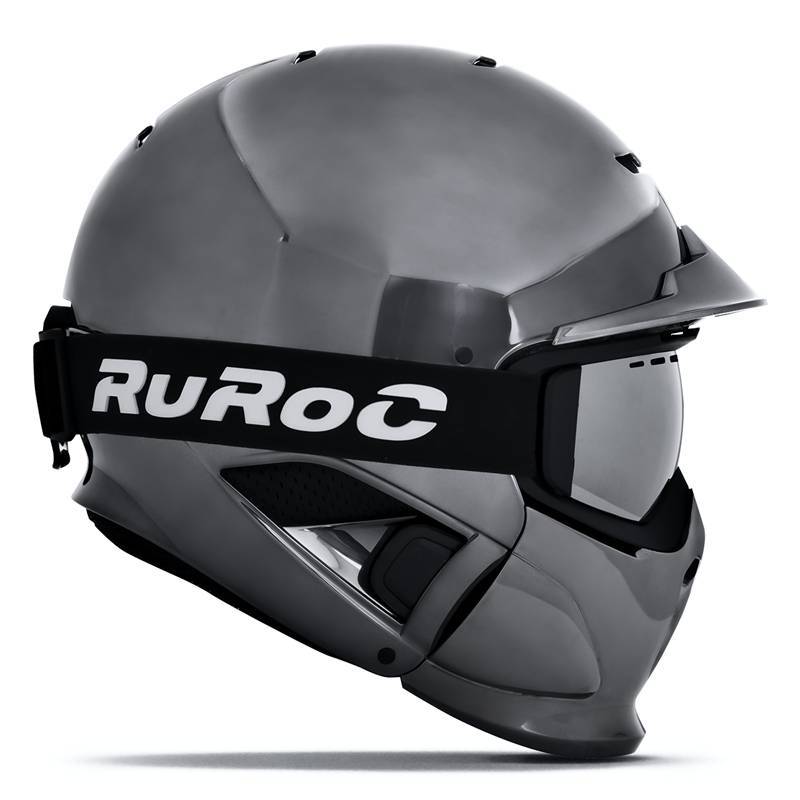 Decided to go with the Ruroc because it duels as a snowboarding helmet…and I’m planning on getting some serious Colorado riding in this season. The dark chrome limited edition was too hard to resist

I like the bell super 2r, simple and super light, not sure how much protection the removable chin guard gives…

haha that helmet is sick. I ride in CO a lot. Lets coordinate something

Definitely. I have the epic local pass so i’ll be hitting up A basin, keystone and breck often

How much was that Helmet?

Just south of $400. Not cheap, but cheaper than a trip to the ER

My favorite is TSG HELMET !

ive bought 2 full face bike helmets that I returned and also tried the tsg pass just standing around. all of them I find overwhelmingly obstructive in some way…it’s like being in a car vs on a bike or something. You’re less in the environment and it’s a disadvantage. Being harder to hear and not knowing exactly where the sounds are coming from was a real drawback for me in the city as well as the unbalancing weight and really theyre all more uncomfortable than a half head helmet. I wanted to like them cause they look cool and are promoted as safer but for me in practice I don’t think they are. I imagine it’s possible to land on your face and that’s when they would shine but coming from a bike racing background in which I’d be riding 40mph with 100 knuckleheads all vying for a spot and bumping…and all wearing the dinkiest foam on their heads… it’s overkill. especially on a board you have your hands available to block you from going face first. I’ve had an instant unwanted ejection from my board at 28mph and there was no time to think about it when I shorted a motor. (I actually think this surprise falling is safer than when you do have time to prepare and then you try to run it off or something).
slide it out don’t run it out or even roll it out is my feeling. I have hit my head biking and boarding when falling off and it’s always on the back of the head. was wearing a helmet and fine. Ive had horrendous falls in the past

I’m looking for Kevlar gloves that aren’t cumbersome. so much of the protective stuff is obtrusive and a liability.

almost got the bell helmet above. light and you can remove the chin part if you want.

falling off a board at high speed need not be a problem as we ride on a pretty smooth surface and just give you maybe some road rash if you slide it out. tumbling or trying to stop the fall is bad. hitting something is a whole other issue.

Kevlar gloves? Do these exist with wrist splints too? Shopping wrist guards at the moment. I need my hands to make a living.

I picked up a demon podium full face for $90. Same weight as the tripple 8 downhill race and looks pretty bad ass. Similar in design to the bell above but it has great ventilation and mesh-covered openings over the ears. I have no problem hearing with it. So far it’s great! I like having a face and no matter what, you really can’t predict how you’ll fall.

I picked up a Bell MIPS Super 2R today (the Star Wars one…) at a local store since it was the only full face they had in my size.

That said, it fits pretty high up on my head - ‘gaper’ status, i.e. lots of forehead visible.

Anybody have a recommendation for a helmet similar to the Bell 2R that sits ‘lower’ on the head?

Anyone have a good recommendation under 100bucks?

@barajabali I’m still loving my Demon Podium for $90. Even better with the BE link Bluetooth speaker option. No regrets.

Thanks for the reccomendation !

Me too! It’s a good setup How tough are the face protection? I asked about the strength of their impact face mask and they were trying their best to be as ambiguous as possible. Figure I’ll just wait on reviews before committing to buying one.

Hard to say… it certainly feels solid enough after you snap it on…but its not like I’ve personally impact tested it.