I’ve recently completed my very first build, and thought it only fair to post a build thread on the forum that was such a useful resource to me for learning about this exciting hobby/sport/lifestyle/religion?

It all started when I was given a beautiful longboard deck at a manufacturing tradeshow called IMTS in Chicago last year (2018.) It was manufactured from a solid piece of aluminium plate, on a Datron CNC machine. There is a pattern machined into the top surface, instead of grip tape. The guys at the booth told me they’d give it to me, if I’d post some pictures of it on Instagram when I got back to where I live in New Zealand. Of course I agreed, and on the spur of the moment, told them I’d turn it into an electric longboard, which they were very interested to hear. At that stage, I knew nothing about the ESK8 community and had never ridden an electric board. It was time to get googling!

Here’s the starting moment of the project: 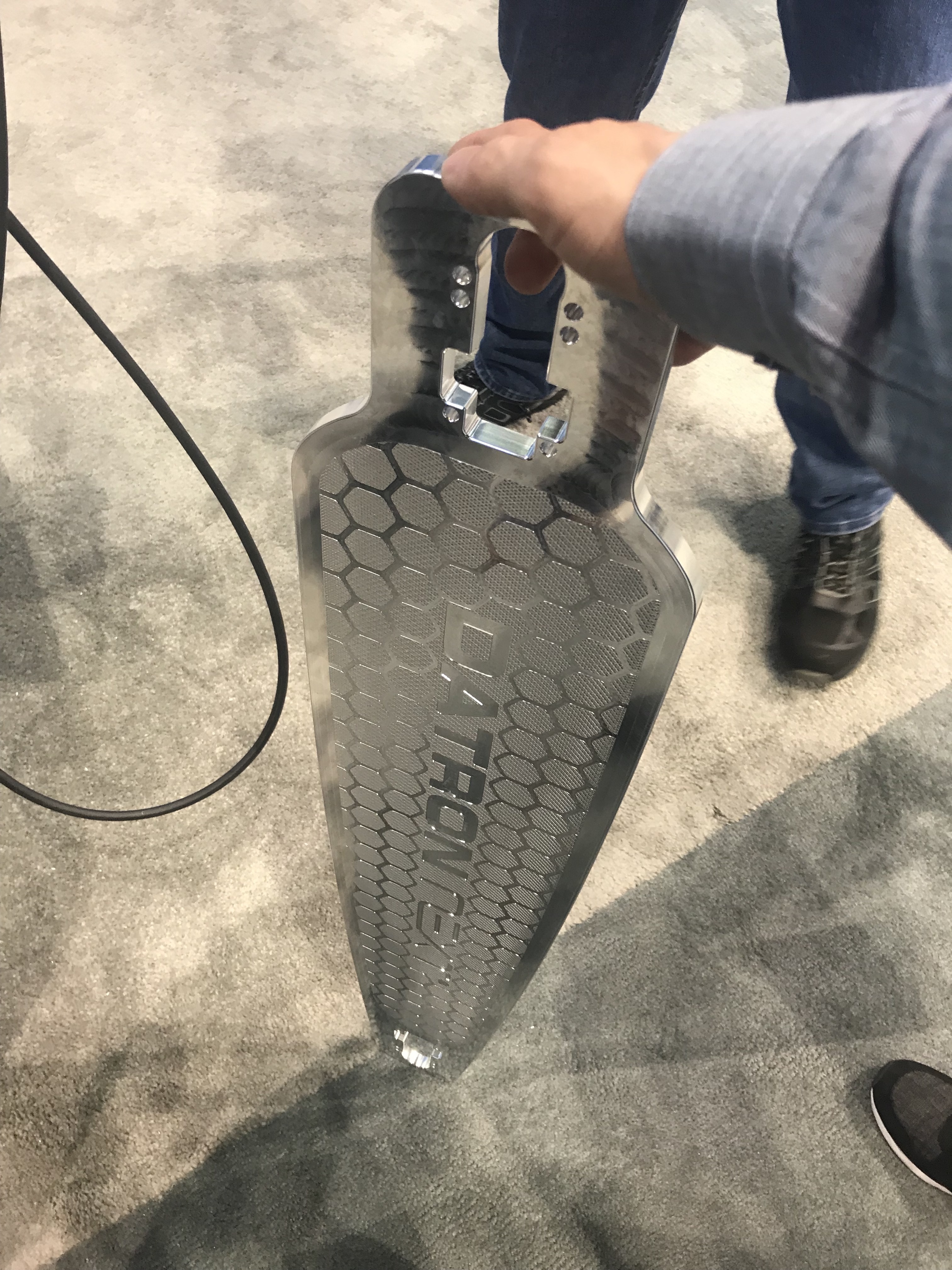 I looked around for trucks, and read some threads in this community. Decided to use either Paris or Caliber trucks, and I could get Paris locally easily, so I went with them. I thought they looked nice on the board, and thought the round section of the hanger would be handy for mounting the motor. 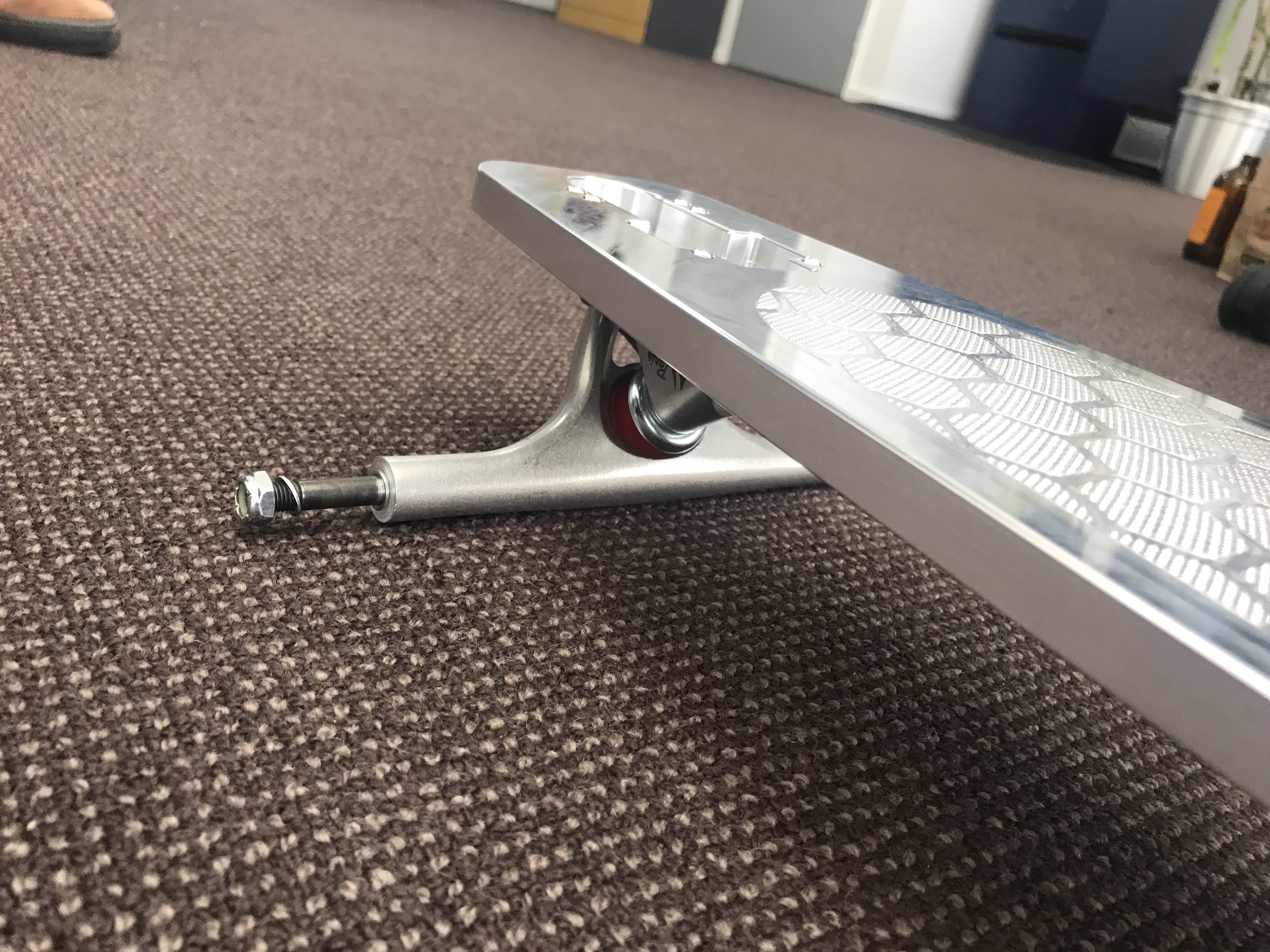 Wheels were a tough decision. I looked at all sorts of options, and decided the Evolve street kit would be a great way to get wheels, pulleys and belts all in one go. While they look like a really nice product, when I received them and started to plan the fitting, I realised they would take up too much width on my trucks, so I sent them back. Luckily, the shop I got them from was very helpful and refunded my money happily. 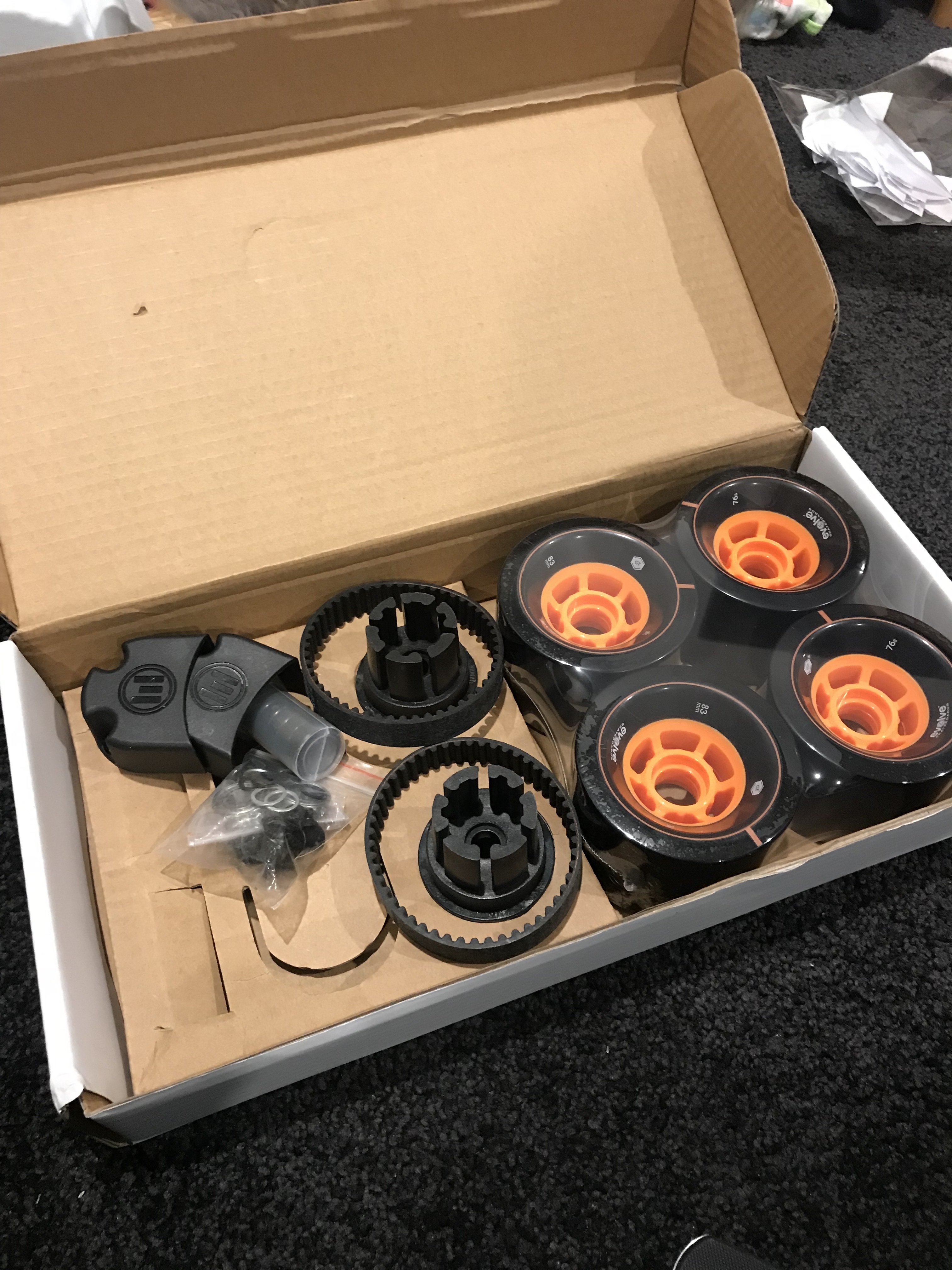 I then discovered https://buildkitboards.com/ and I was like a kid in a candy store. I got some of their 97mm black wheels, with their interchangeable pulley setup, as well as a bunch of other stuff which you’ll see further down.

The wheels looked really awesome on the board, and with just a little bit of turning on the lathe, I was able to modify the rear truck to get a hobbyking motor mount sitting nicely. 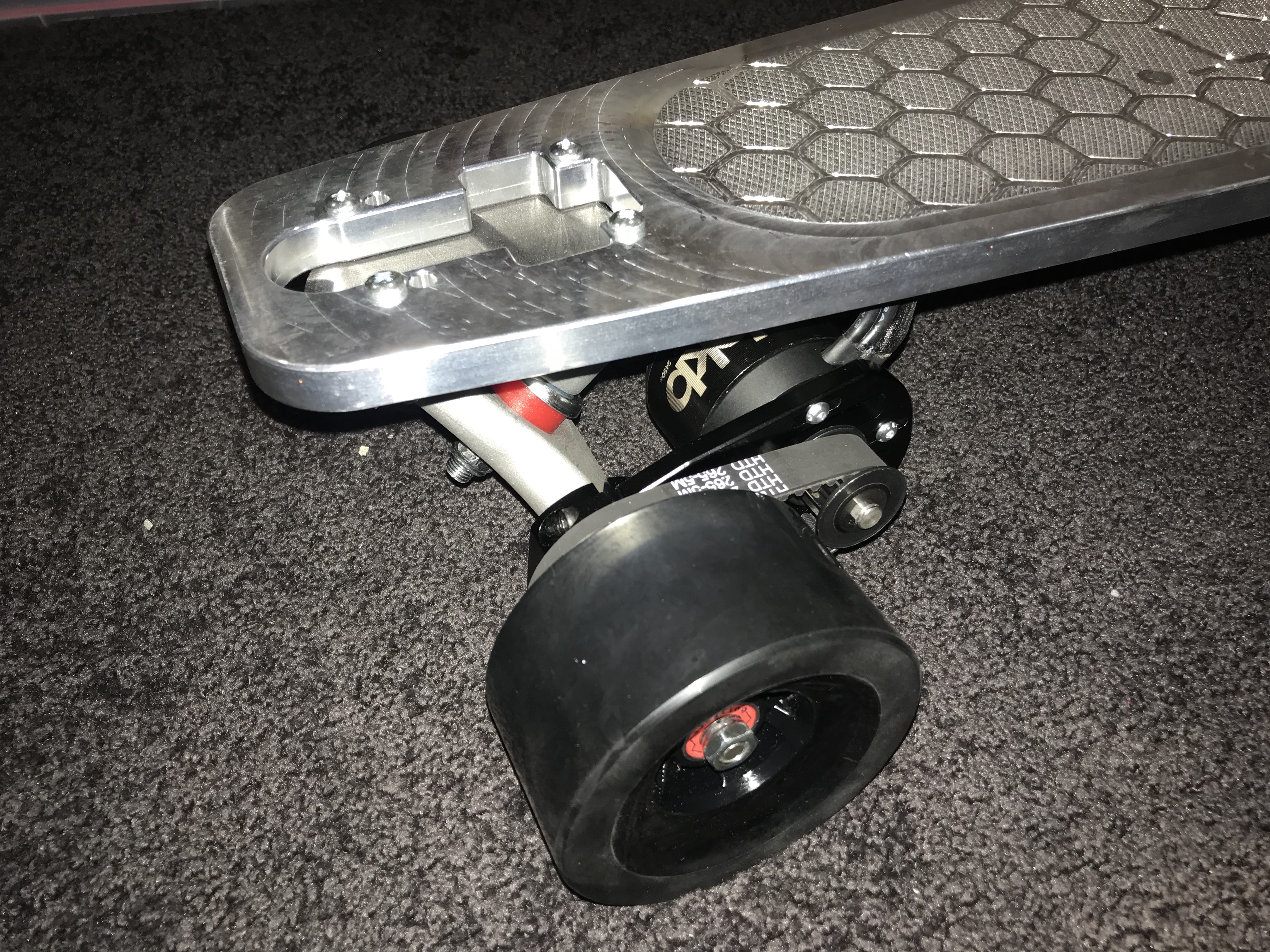 How much does it weigh!? And is it just totally flat?

Yep. Totally flat. Has a surprising amount of flex, about 10mm in the center when I’m standing on it. I weight 60kg.

Was asking about the weight of the deck ><

How do you find turning with a flat deck? Is is much different from a deck with concave

Does it even have grip tape? cause if i went through a puddle and the deck was wet i would slip right of there

I’m not as concerned with turning or slipping more on the weight and flex and also if is something hit the board it will probably short out. With aluminum I feel like with flexing over rough surfaces it will eventually bend and become a permanent bend in the material

NZ! I’m in Wellington. You?

Yep, sorry. I meant to actually say that I didn’t have the weight of the deck. I’ve just weighed the complete board, finished, and it’s 9.3kg all up.

In Christchurch. I guess I’d need dual motors for Wellington!

I’ve just weighed the complete board, finished, and it’s 9.3kg all up.

I haven’t ridden lots of boards, but the turning feels great to me. Initially I thought the turning radius would suck and considered dual kingpin trucks, but I’m actually really happy with it as it is.

I was thinking of mounting all of the electronics directly to the underside of the deck, then putting a cover over, for exactly this reason, but got scared of possible shorts, so made a full enclosure out of bamboo. Will post pics of finished board soon.

No grip tape. The guys that machined it cut a pattern into the surface with a v-shaped tool, in a series of overlapping arcs. It leaves a pattern that has thousands of sharp points that act like grip tape.

No. As I said, the complete board, finished, with electronics including 10S3P pack, enclosure, wheels, trucks, BMS, wiring, switch, charge port etc. is 9.3kg TOTAL.

I was very surprised with how light it is. I was expecting it to be very heavy, but had nothing to compare it to. I picked up an Evolve in a shop and couldn’t believe how heavy they were.

It might not be clear from the photos, but the bottom of the board has hundreds of little machined hexagonal pockets which reduce the weight. It’s still strong because of the depth of section of the interconnecting webs.

Haha… I was doing alright with one (125kV) but do love having two now. Second one is not needed really… just feels nicer (for some reason).