Got hit by a car, I'm ok but my board wasn't so lucky

Was riding back from the gym yesterday around 6:30pm, with my headlights and underglow lights on. Our new bike lanes are pretty ill-designed, since we have two lanes of opposing traffic, then two lanes of opposing bike lanes, then the sidewalk. A car stopped at a stop sign trying to turn right into the road didn’t see me coming from his right, and just as I was about to pass in front of him he accelerated to make the turn. I saw him from the corner of my eye and jumped up. I was wearing my slide gloves so thankfully I just slid on my left hand and butt across the hood and landed on both my feet, able to run it off. I like to think I looked like Channing Tatum from 21 Jump Street sliding across the hood of a car, but I probably looked more like Jonah Hill. 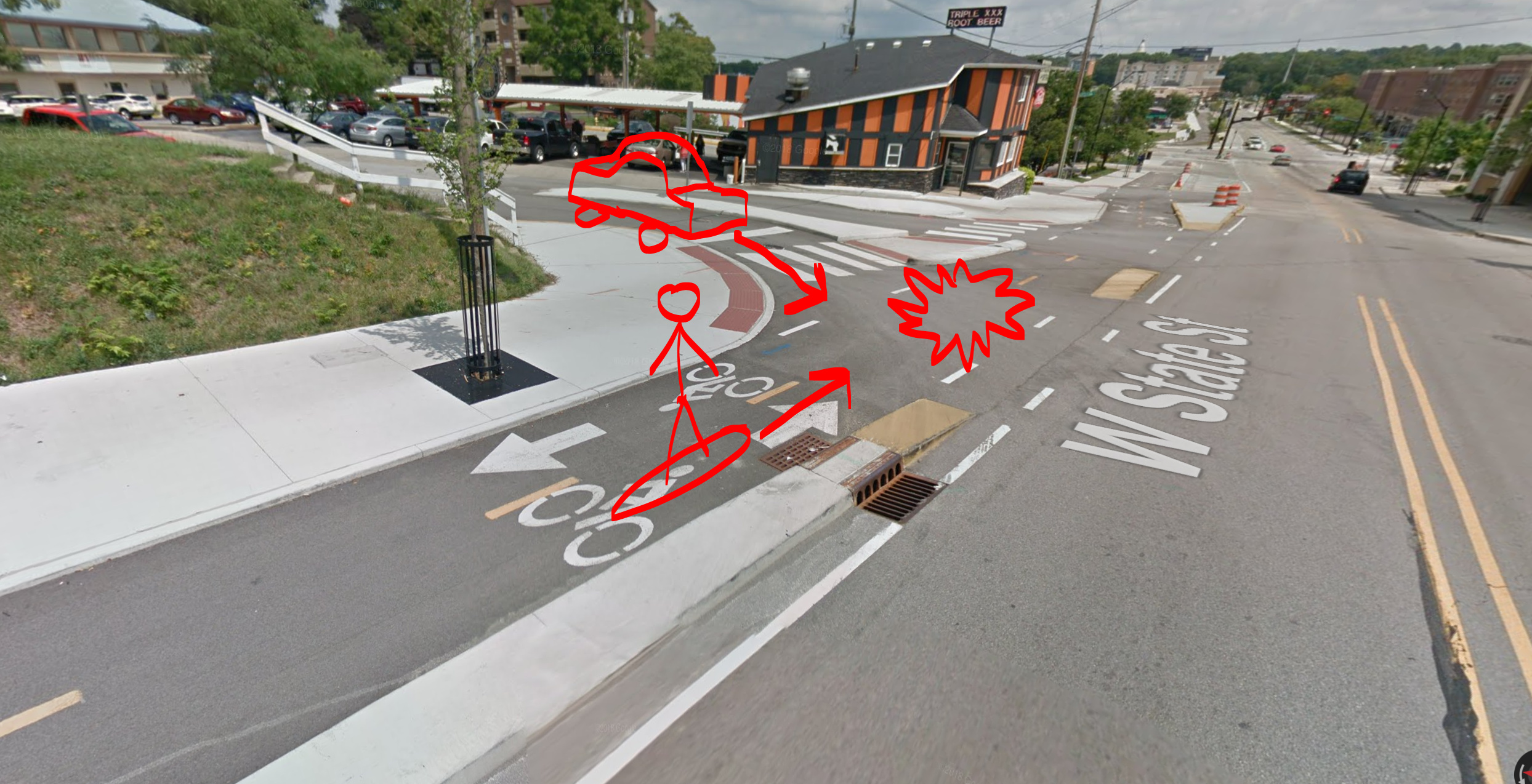 My board wasn’t so lucky however, and got jammed right in the center under his front left tire. I told the driver to try to reverse the car, but my board kept getting stuck under his bumper, so he got out of the car and we both lifted up the front end of the car a bit so that his passenger could pull out the board. I should have gotten a photo of the accident, but I wasn’t really thinking straight and wanted to move the board so we weren’t blocking traffic.

I assured him I wasn’t injured as far as I could tell, and we met up in a parking lot up the road so we weren’t blocking traffic. He was very nice and kept saying he was sorry. Since there was no real damage to his car (except for a small dent in his hood which he didn’t mind since the car was old), we decided to not call the police to file an insurance claim and just settle between ourselves. My deck snapped in the middle, led lights got torn off in the middle, and one of the rear tires got pushed off it’s hub. 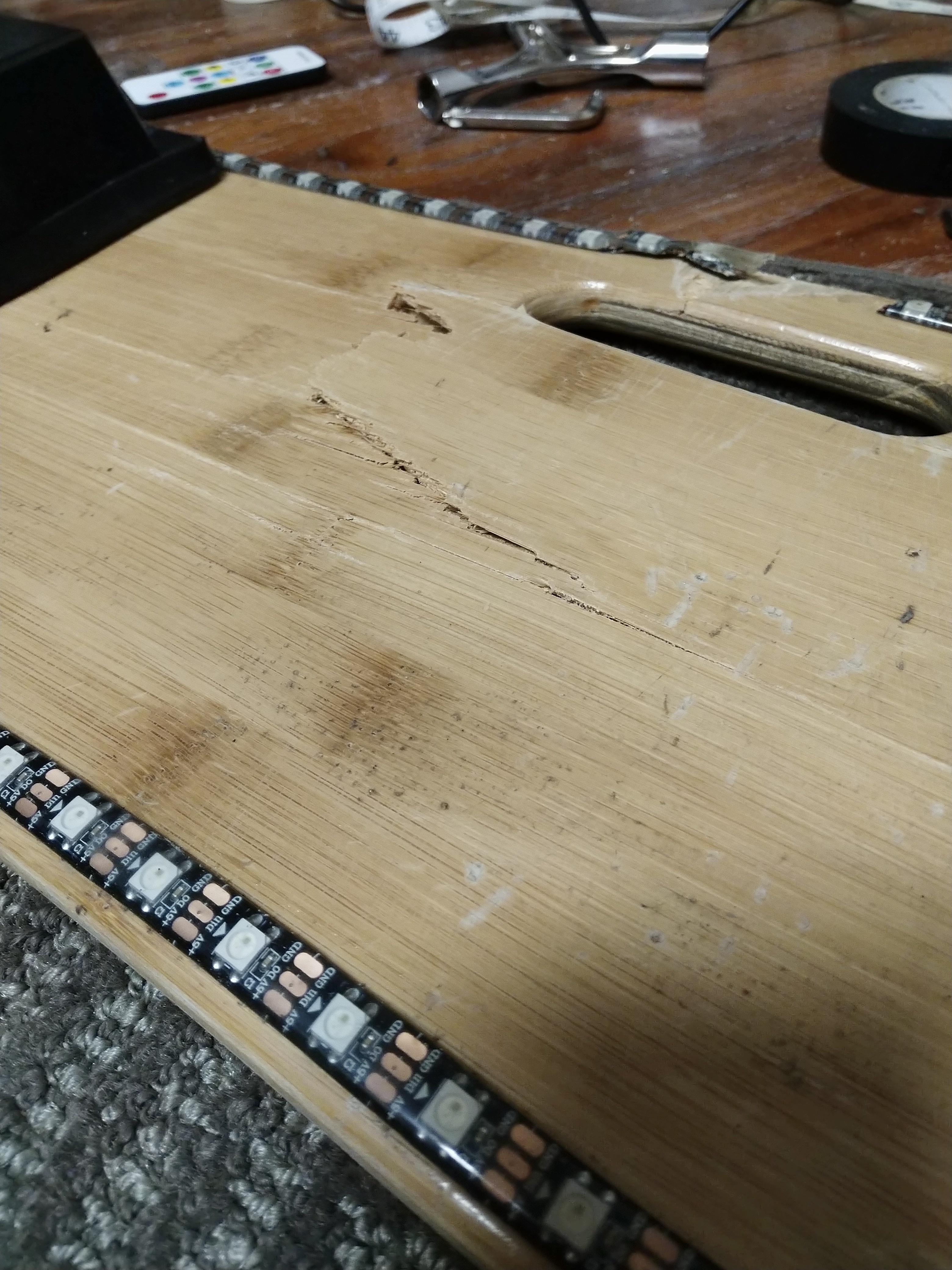 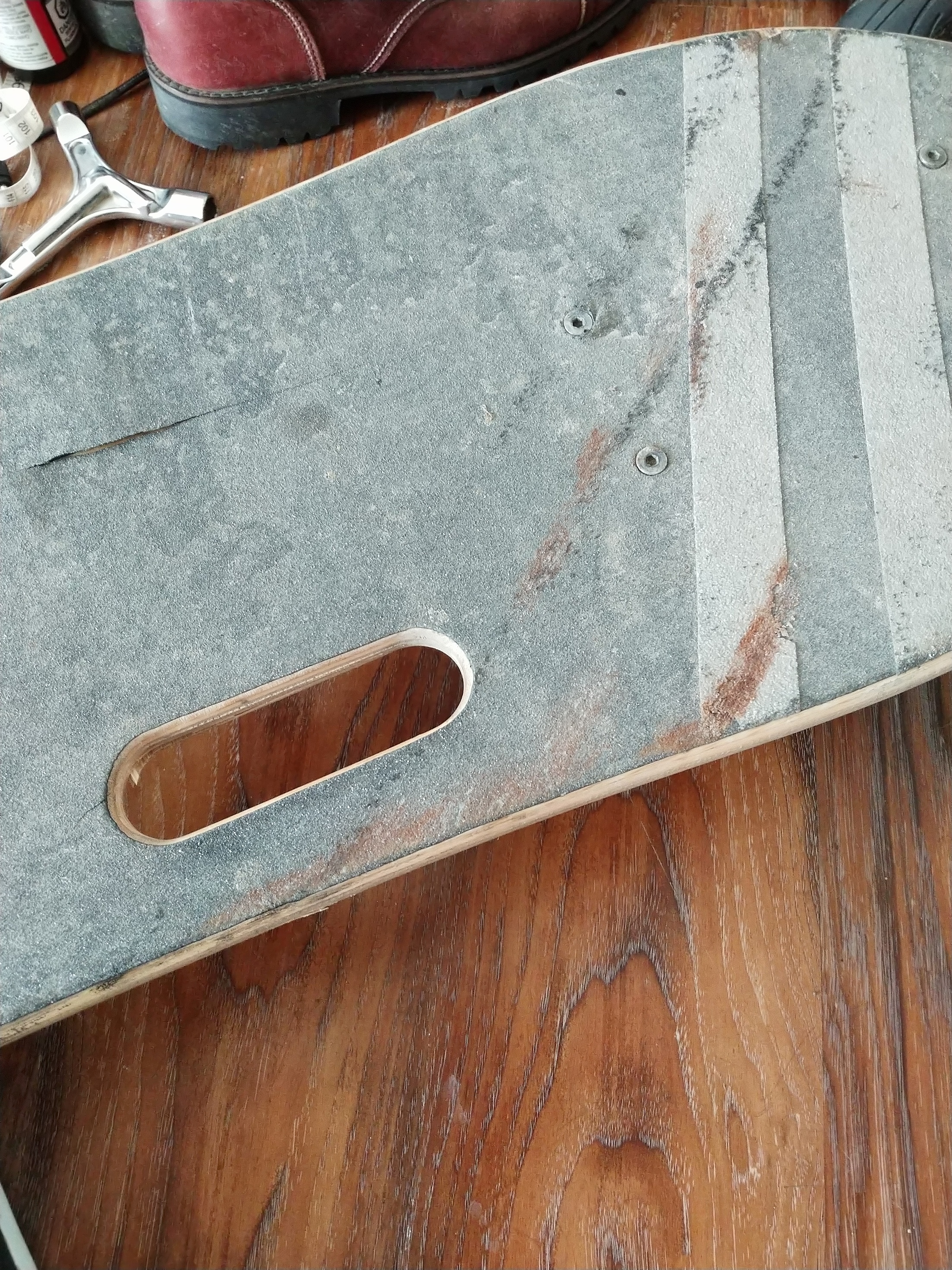 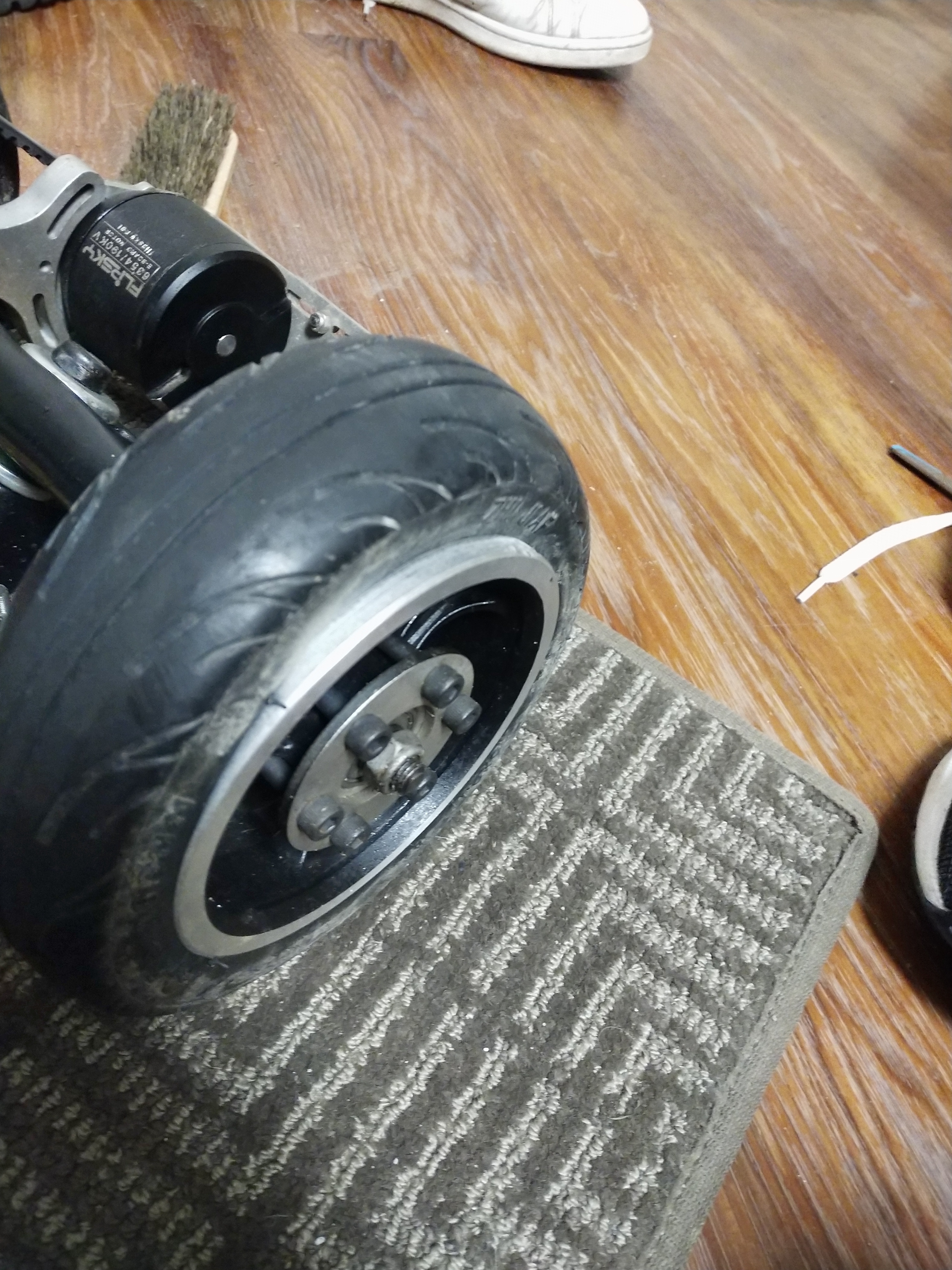 We’ve exchanged contact information, and he’s offered to pay for all the damage to my board. As far as I can tell, everything else on the board is fine. I am wondering though if I need to get a new rear truck, since it did take a hit to it. The axles or motor mounts don’t seem bent or anything.

Anyways, I’m glad I came out of that incident ok, and I’ll be more careful from now on. I almost always make sure there is eye contact between me and the driver of a car before I ride in front of them, but I was in a rush to get home since I had to get home and get my protein intake before I lost all of my gains (just kidding) and it was freezing outside.

Stay safe out there guys, and always ride like you’re invisible.

Side note: I’m opened to deck suggestions to swap everything over to. The driver is paying for it, but he’s a grad student so I want to keep it cheap. I paid $90 for the Ownboard deck that broke right now, so if I end up getting something cheaper I can save him the difference.

Just wanted to be sure you were in the US as it changes where I would recommend ordering a deck from.

Have great deals on decks

I’ll take a look, hopefully I can find something with some flex under $100.

Theres definitely a few on there. Didn’t see full picture of your deck so im unsure what you’re trying to replace. Im not really into decks with much flex so i can’t recommend much.

New battery is in! Thanks to @hyperIon1 , I have my 12s2p 30Q battery in. Due to the snowy weather, I haven’t been fully able to test out these batteries, but so far they’re definitely worth the higher top speed. I’ve also used some ws2812b led’s and...

Here’s my build thread if you want to take a look. I like the flex of bamboo/fiberglass decks, but unfortunately my school’s workshop doesn’t really like us drilling and otherwise working with fiberglass since everyone has to wear masks. If that wasn’t the case I would go for something like this. https://www.skateshred.com/wholesale-blank-longboard-decks/40-x-9-5-fiberglass-bamboo-flex-drop-through-fc39-limited.html

Glad you’re ok, I hate getting hit by cars.

Me too. Got hit three days ago on my push board. All kinds of sore.

If it would be me I would make the guy pay straight away, don’t have cash, then we ride to the nearest ATM.

Well, I was also hoping to route out a groove for the wires between the enclosures, and I also need to cut out a small pocket in the deck to make room for my battery’s bms based on the size of my enclosure.

I have his license plate, and he goes to the same school as me, so don’t think he’ll try to scam me or anything. I wasn’t sure what the extent of the damage to the board was, so I told him I’ll let him know what the costs will be later.

My remote just disconnected when I was rocketing downhill at 30ish mph… can hardly move my shoulder and road rash all on my ass and my right hip, head hurts like a biiitttttccccchhhhh too

Should the receiver have failsafe that enables the brakes when signal is lost?

Turned it off for safety reasons