I have a Truncated Tesseract as a commuter with a 10S5P Li-Ion battery impulse-purchased from diyeboard.com. It’s a bit much for a 3km commute, esp when I have to put it on my pack and also carry my 4 year old son home on my shoulders at the end of the day (good for fitness though!).

I considered modding the pack by making it a 10S3P but I was a little too honest about the dangers of doing so when telling my wife about it (lesson learned). I tried ordering the 10S3P pack from diyeboard.com but they say that their courier now doesn’t ship batteries to New Zealand.

So rather than spend a lot of money buying a pack and paying ridiculous shipping charges, I decided to try and make my 10S5P rig sexy by building a new enclosure.

Current enclosure is 3D printed. It’s all modular (I like modular). Not real keen on 3D printing over night (I need to make my printer safer) so I’m a little limited in the size of the pieces. I should perhaps invest in some time with getting 0.8mm nozzles working.

Anyone got any ideas? Paying for shipping from the US/EU kills me. Thinking of maybe just making a fibreglass enclosure. A kydex (?) enclosure would be nicer but way more $$/risk in f*&king it up. 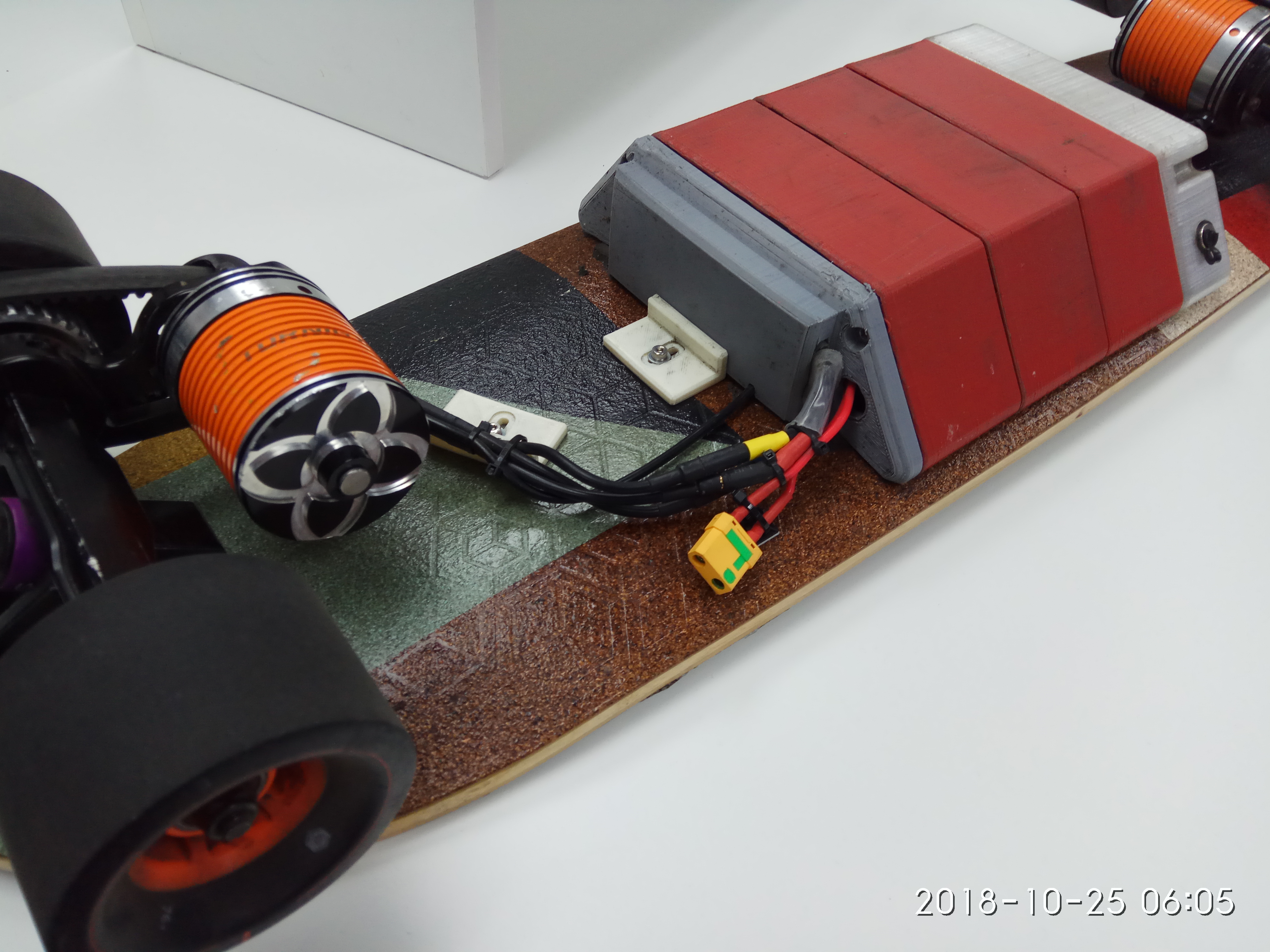 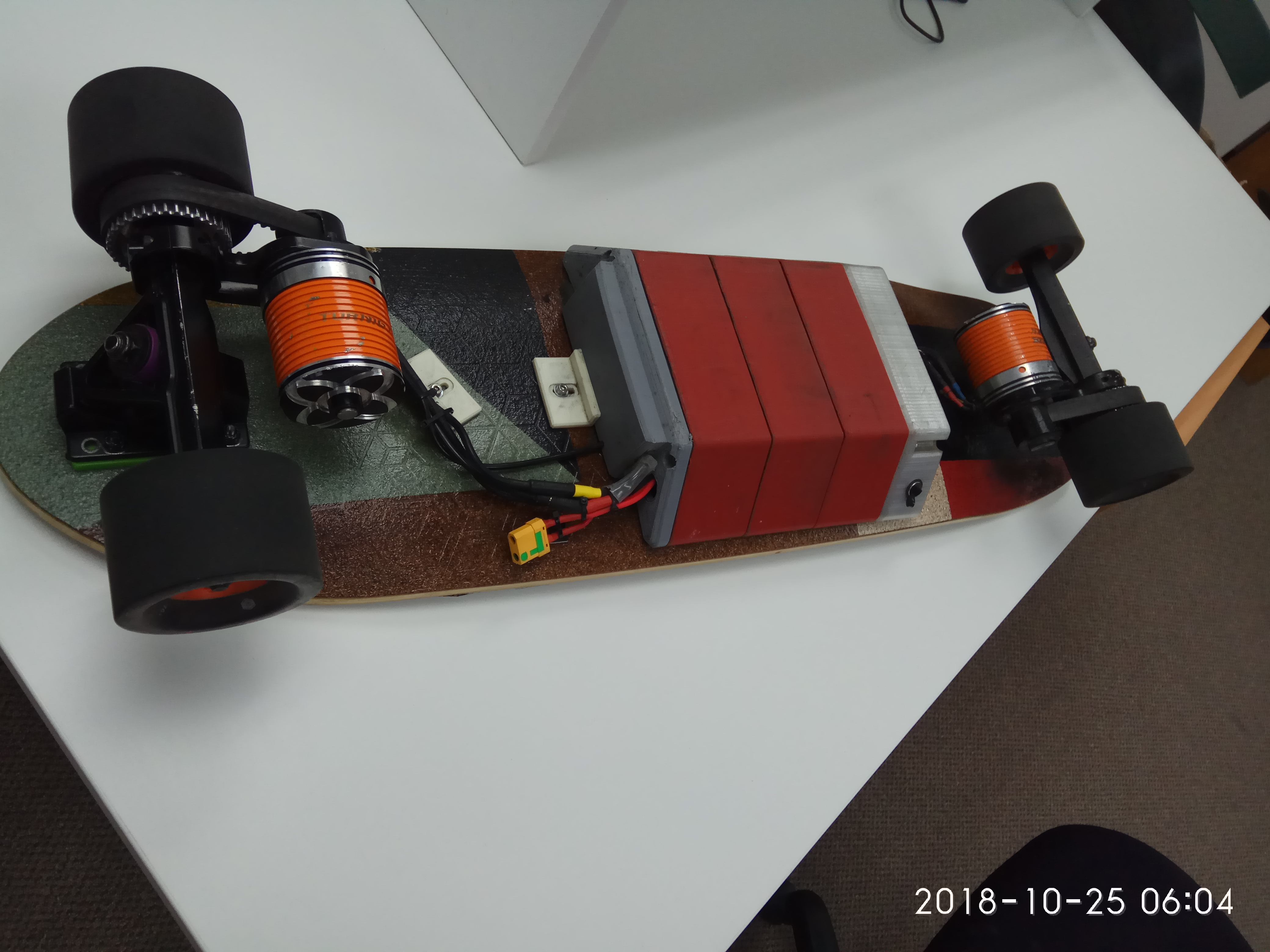 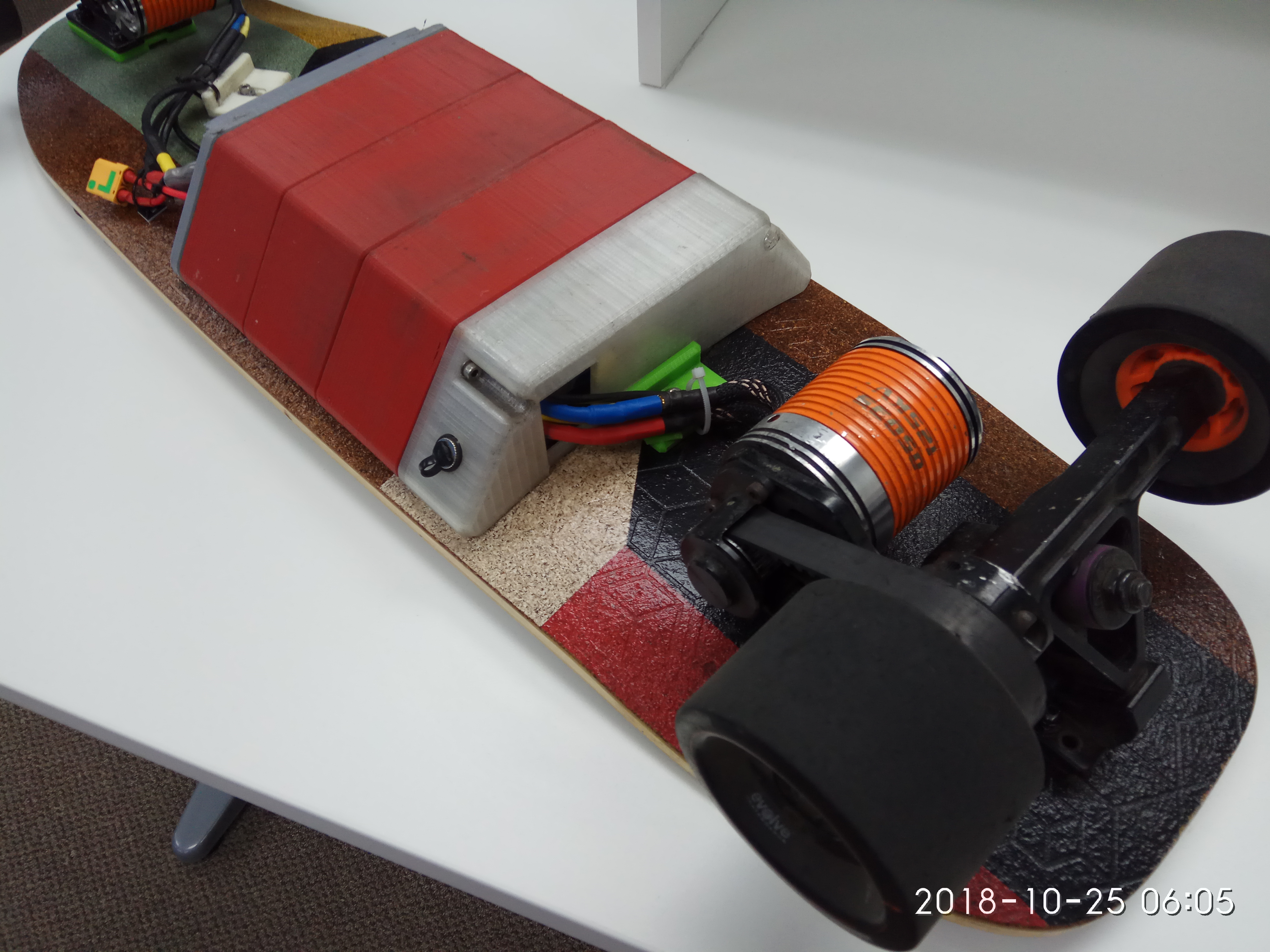 Slap a sexy sticker on it and it´s good 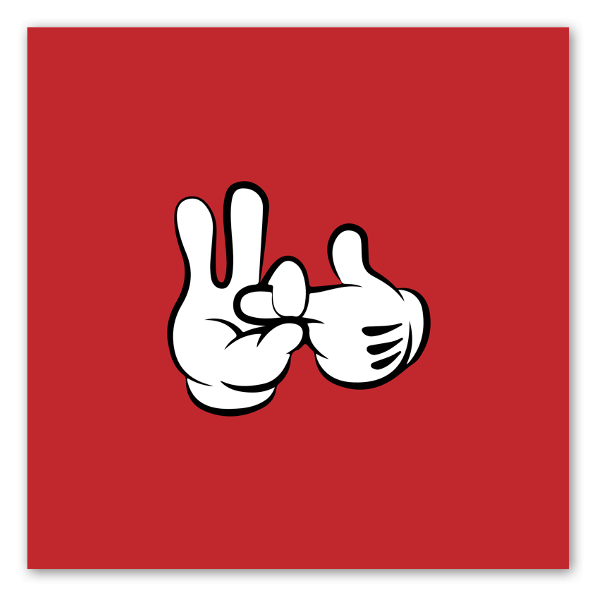 Try putting glue/putty in the cracks and sand?

I have the ‘sections’ sliding into/onto an aluminium extrusion that is screwed onto the board. The board shape/profile on the bottom is not very flat

I think I just want to make the shape a bit sleeker. Maybe have it angled a lot more at the front/back.

Cool board and heaven forgive me for saying this but why don’t you get the diye 5p enclosure. Its cheap af and looks good. Although recommending anything diye has put a stain on my soul.

I did get the diye 5P enclosure when I bought the battery but it cracked as I was a bit hap-hazard when mounting it on the board (deck is, like 3-dimensional and stuff!). The enclosure didn’t make it easy to mount the VESC (in the same case as the battery).

Also: I need to have a VESC at each end of the board as I have two motors now.

I see the issue now, That 10s5p is an awkward shape beast. What vesc are you using?

The ‘standard’ one from TorqueBoards I guess.

It is awkward, and regret not getting the 10S3P when I should have

5P is nice knowing that I have heaps of range and sag not being so much of an issue.

With all the anti-diye talk I’m wondering if I should just deal with the US$450-$500 cost and get something from overseas and be done with it.

Hmmm… thinks about 3d-printing himself a battery socket https://mellowboardsusa.com/shop/battery-pack

Also: thinking that a 10S5P battery would look more in proportion on a SPUD deck

Those motors will suck that thing dry in no time at all. The 3p from diye is a pos so don’t regret that at all. The only battery they make worth it is the 5p. You can keep both vescs together too and just extend the phase wiring to the front. What about ownboard? i think they make a 5p enclosure thats alluminium. Get the esc one too and bobs your uncle Far out that is cheap. It would be annoying AF running the phase wires all the way back past the battery case :). Maybe I get a router and try and embed them in the board.

Food for thought. Thanks @dareno!

You’d have to re grip but drill a hole through the deck and route out a channel to the front. Run the wires and fill it with hot glue (so you can get the wires out if necessary) to stop the wires bulging and re grip.
looks cool and nothing showing.

Holy shit. I thought oz was bad enough but hell it is what it is.

But you’re right: it is what it is.

I got my latest enclosure from bloody peru and it didn’t cost that. Got a deck from the states shipping was 60 bucks

I’m spoiled by AliExpress and their free shipping.