I while back I bough some ancient metroboard parts and a cruiser deck for a cheap build. I’ve recently gotten as far as the electronics wires up and most of the drivetrain put together. Will add more questions later

I’ve used angles spacers on the trucks so the mount doesn’t interfere with the deck, if I used flat spacers they would be about 1" tall which is way to much. The current turning is maybe a 7’ radius, the same as my 40" longboard, is that right for these TKP trucks or have my spacers fucked it up? The spacer is maybe 15 degrees on each. 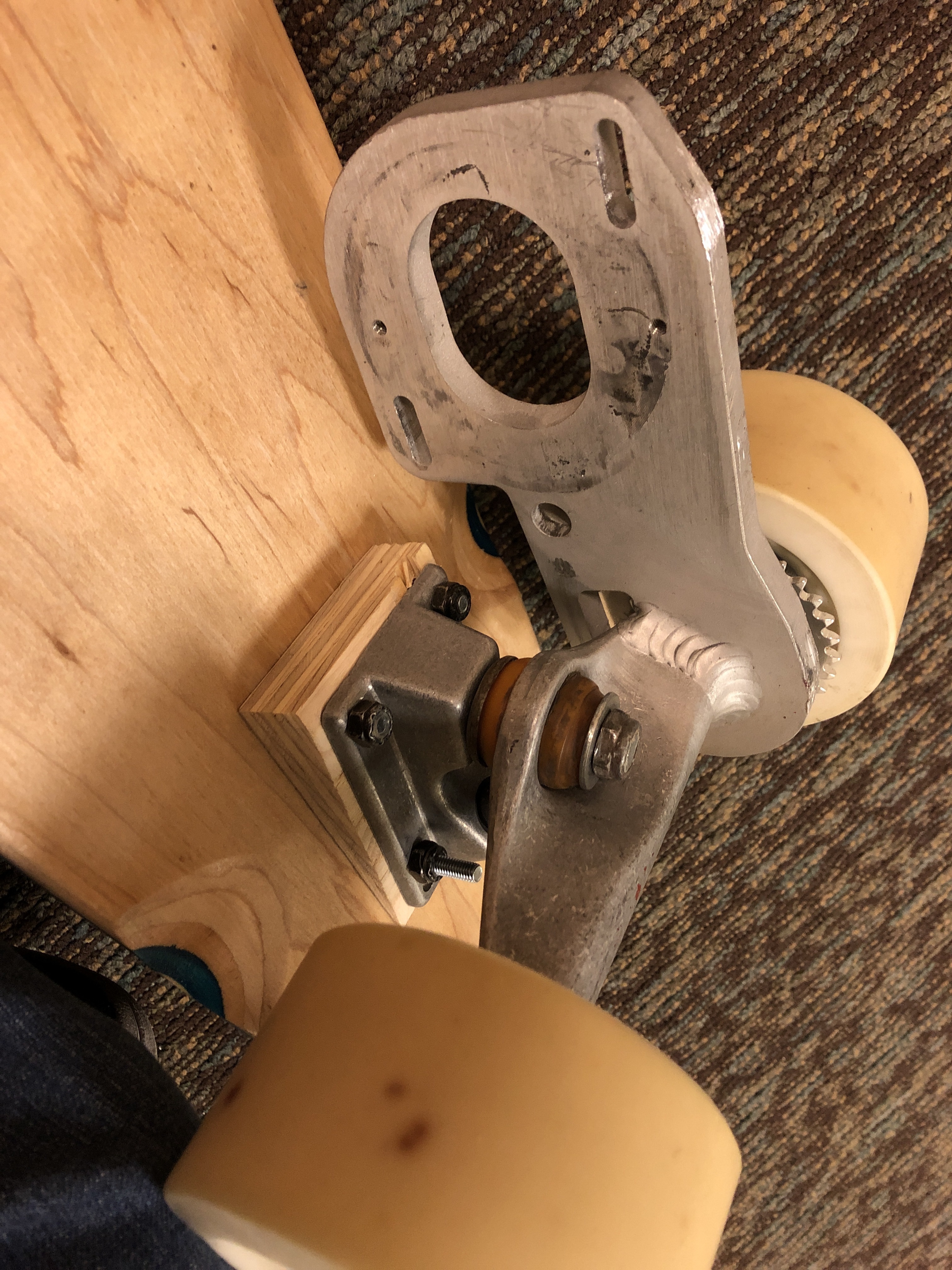 The motor I’m using is a 36V 600W brushed DC motor. I tried to run the motor a while back off a 6V lantern battery and it spun, recently I put the drive sprocket on it and tried turning it by hand, it would only rotate 60 degrees before getting totally stuck, so I pulled it apart. The parts look good inside, except the brushes don’t touch the commutater bar, only the top corner of the brush and bottom corner of the bar line up. I tried moving the windings and everything but it doesn’t move any closer. It makes no fucking sense and I need help. 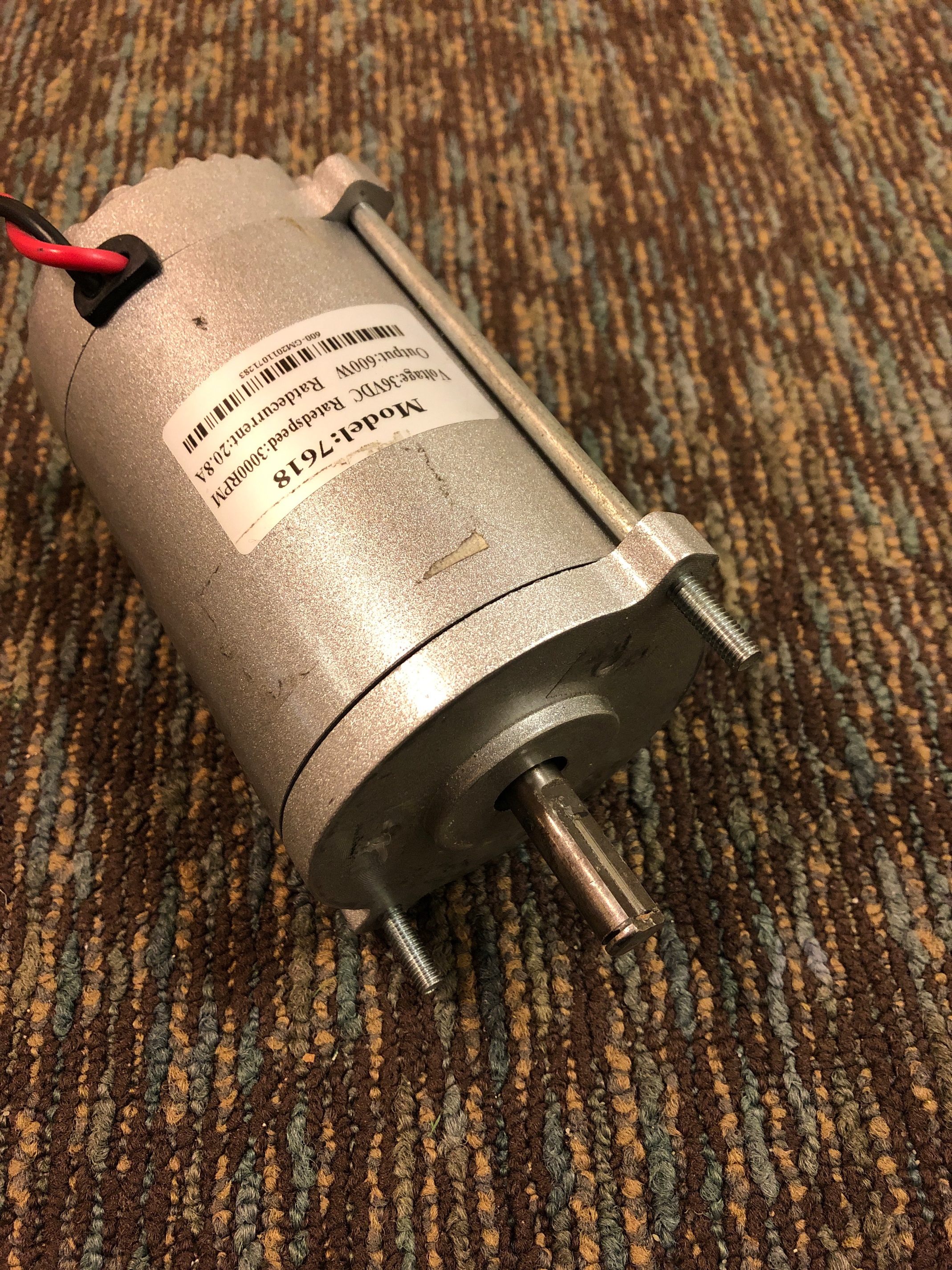 I was using a voltage meter to check all the components, the leads going into the ESC got 36.12V but the leads going out to the motor got nothing (technically a few mV but the meter reads that high when it touches nothing). When I press the trigger and bumper on the remote (some sort of Wii nunchuck) the receiver flickers, but nothing happens when I push the joystick around. Is it a remote issue or a ESC issue, and how should I go about fixing it? 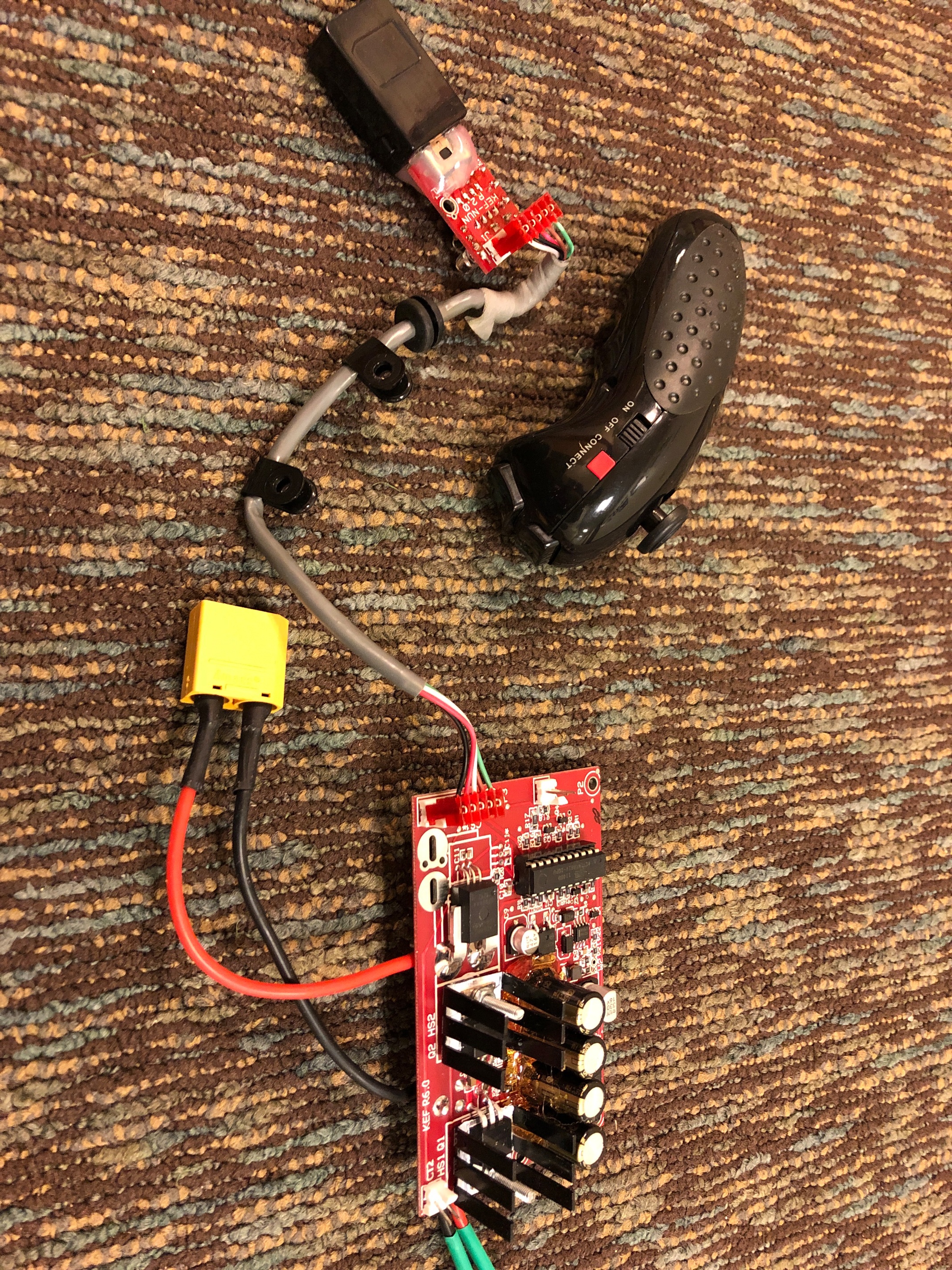 First up. The brushes should be contacting the com bars nice and evenly. New brushes can have some ridges to help them run in. Brushes should be able to be pushed into their holders and spring back out. To reassemble you will have to hold the brushes back to insert the com bars. But if you power it to freely spin using a 6v battery it should turn slowly. I have not seen a ESC like that before. But in theory I would expect to see voltage going up when measured at the motor connection when the throttle is pushed.

I think that remote might be some sort of cruise-control to operate. Something with the buttons on the top. If you hold one or more of those and push the stick, then let go of the button, does it set a new cruise control speed? I remember seeing something about that remote a long time ago

If you can’t get the ESC to work, a VESC can power a brushed DC motor as well as a BLDC motor.

The motor is broken, all the laminations are bent now… someone close the thread I guess

Hey, Zach, I have just bought an electric skateboard off of gumtree which seems to have the same parts as yours except mine didn’t come with a remote or receiver I was just wondering if you knew where I could buy these things or a different ESC entirely.

Thanks in a advance.

I mean I can sell you mine, I got the controller and the remote just chilling in a drawer, you’re in the US?

If you could sell me the re and remote that would be great I live in Australia.