then honestly, in your situation I’d just go the high voltage route. you’ll still save 300sih dollars give or take, as a 10s setup of the following set me back 950-1000 dollars in the end with misc stuff like some extra wire and connectors added in:
enertion mount
enertion 190kv
enertion space cell
torqueboard’s esc + programming card(I’d get a VESC though- the amp draw on the torqueboard’s is a little too much for the space cell, and you can easily blow the batteries fuse) link for ya if you still want to get it, and use it with lipo’s (which it works perfectly with): product/torqueboards-12s-120a-car-esc-opto-hv/
castle BEC (will need a 10s BEC to power you remote reciever- don’t need it for the vesc though)
abec flywheels 83mm
arbor timeless walnut deck
caliber trucks
flysky GT2B remote

So I think I am going to go with:
Enertion 190kv r-spec motor
Enertion single truck mount
The Space Cell battery (mostly because it seems to be the simplest set up for a new guy)
I will do a Flysky 2.4ghz transmitter
And I think I will try to do the vesc (but I am a little nervous about setting that up, I’m hoping it won’t be to bad.

Does anyone have anything else to add? Except the board and hardware am I forgetting something?

You’ll need a box to put everything in. @psychotiller makes these awesome vacuum molded ABS boxes. He might sell you one if you give him some specs.

I made my own out of fiberglass which was enlightening as well as very smelly. If you’re brave you might try that approach as well.

Also, order extra belts. You probably won’t get the pulleys perfectly aligned the first time and if you don’t you’ll wear out your belts quicker than normal.

And don’t forget the thread locker! Thread lock EVERYTHING.

I have alot of experience with working with carbon fiber, so I plan to build a box out of that.

have you considered making a whole deck from carbon??
I think that will be my next project…

I have, but for my first go at it I have my eye on a bamboo/fiberglass longboard deck as my starting point. Plus I have never attempted to build a carbon board of any kind. Plus everything else that goes with building an e-board is already an experiment for me. So maybe next time if this goes well.

VESC isn’t as hard to set up as everyone eludes to. Windows, Mac, or Lunux; doesn’t matter what you have, it all will work. There are videos on youtube: https://www.youtube.com/watch?v=utZSvkY3Z0U

Edit: didn’t mean to reply to you @longhairedboy -meant for @King1017

@longhairedboy Thanks for the PR! 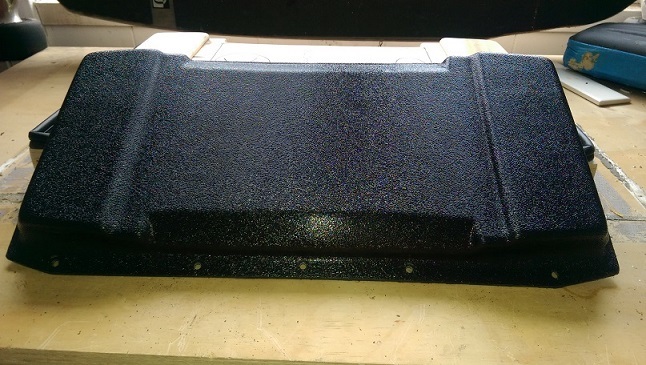 So does the software already come installed on the vesc? Or is that something that needs to be bought extra?

don’t follow what lox put- it isn’t necessary… you don’t need all that confusing stuff.

Just search (on this forum) for BLDC tool. Two forum posts (one for windows, one for mac) will pop up, and you download the BLDC program for whatever operating system you are on. It is as easy as that: one program. @lox897 was linking you to something that comes pre installed on the VESC

Download this file to Install the BLDC Tool on your Windows PC. This link will stay updated with the latest compatible BLDC tool & firmware version. https://drive.google.com/open?id=0Bym9XrdeViekNVdRVUN0M2VTMkE

Download this file to Install the BLDC Tool on your Apple Computer. This link will stay updated with the latest compatible BLDC tool & firmware version. https://drive.google.com/open?id=0Bym9XrdeViekVG9vQUU1S2ljT2s

no worries, all part of the learning process!

Wow, this site is amazing. I was just totally spoon fed a guide to build one of these. I hope as I go I am able to contribute back to others. Thanks everyone

everyone’s gotta start somewhere! I didn’t know of any forums like this when I build my first board a little over a year ago, but man it would’ve helped me so much. I was 15 building my first board- naturally, I ordered some wrongs things, burnt out a motor, and basically spent $200 over my budget because I was stupid, lol.

I was 12 when I started my first build and still am 12 except I’m out of spending money. Have to wait until Christmas…

I agree with cmatson… I wish I got the Enertion R-Spec from the start so I didn’t have to dremel a flatspot on the motor and align properly.

That is a nice feature. But if you take your time and do it right it will be solid.

Yeah. I have an uncle as an engineer so that helps.

Make sure to take the motor shaft out to do the work. Metal shavings are the enemy.

I will do that. Thanks psychotiller your help is much appreciated.