Looking for more hill climbing power than I could get from my 10s2p with 26650 Lions(it works great on flat ground) This new project is a 10s1p using Turnigy 2s/5000mah/60c hard packs from Hobby King 5 Packs wired in series is smaller and 2lb lighter than the Lion pack! IMG_6504.PNG720×1280 454 KB
https://www.hobbyking.com/hobbyking/store/uh_viewItem.asp?idProduct=52279 I used these jst extension wires to extent the balance wires to the bms: omitting the black ground wire and using only the pos wires from cell 1 and 2 of each pack. I did this instead of hard wiring to allow for easier testing and replacement of individual cells 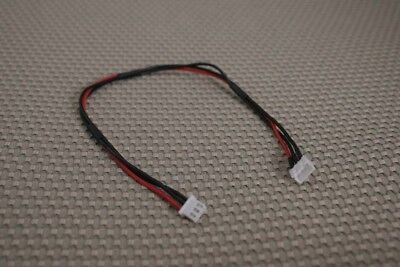 I attached the packs to the deck with servo tape. Hard wired the packs in series for better power transfer and to reduce bulk. Using adhesive lined shrink tube and squeezed the ends to close it up. I decided to keep the balance lead connectors for easier testing and replacement of individual packs. I took it for a quick test ride with only 38v on the pack. Powering up a 12% grade the voltage sag was no more than 1 volt. More test results to follow…

Very interesting build. This is the first lipo with BMS I’ve seen. Just curious, how are you going to go about charging? Will there be a power switch?

The BMS has a built-in power switch. I’m charging through the BMS with a 42v laptop style charger.

Ah ok thanks. Do you mind linking where you got the BMS?

This is exactly what i was thinking about doing, those 2s lipos are thin, are you using a bestech bms??

hmmm that would be the only thing that would kill the price for me, i was thinking about a cheaper bms just for charging

These are very reasonably priced. Only around $60 Or you could use a less expensive charge only bms. Just be careful, some cheap bms’s are unreliable.

just need to buy 2 of them is the only problem and then sent to New Zealand which i would get cause they have a switch built in but finding another buyer for one with NZ shipping fees might be hard.

Just charged the battery to 100% and when for a test ride through the hills. 4.5 miles and the battery only dropped to 84%! Think I’m gonna get more than the 10mi I was hoping for.

Wait sorry if I misunderstood, but the lipos are 10S 5000mah? And they’re in series? Wouldn’t that mean they are 50S 5000mah? I obviously don’t think that’s what you are trying to do so I just kinda assumed it’s 10S 25a?

There are 5 packs in series. Each pack is a 2s/5000mah/60c So its a 10s1p 5ah 300a discharge. You may ask, Why in the world would anyone need a battery with 300a discharge? Point is, very little or no voltage sag when accelerating or climbing hills. When voltage sag is greatly reduced, You can take the pack lower without tripping the low voltage protection. And less capacity is needed.

UPDATE The true discharge capability of this battery is more like 90a, NOT 300a.

In parallel it would be 7.4v Voltage would be too low for eskate. The C rating doesn’t change. Only voltage or capacity changes.

Hey, really cool build. Very inspired and wantt to do something similar. Is it possible that you could make a diagram of what you did? I recently joined the community and have been reading a lot to figure out how the BMS works and what not but can’t quite understand how you set this up. (I understand the series connections but not the BMS part)

I’m with you on this one. wanting to buy Turnigy 5000mah 2s 20c, but no idea (at least, its 3am where I live my brain might be fried) how to increase cap with those batt packs and increase its voltage?

I’m at work now but soon I will give you more info on the balance wiring as soon as I can.