This is the board: 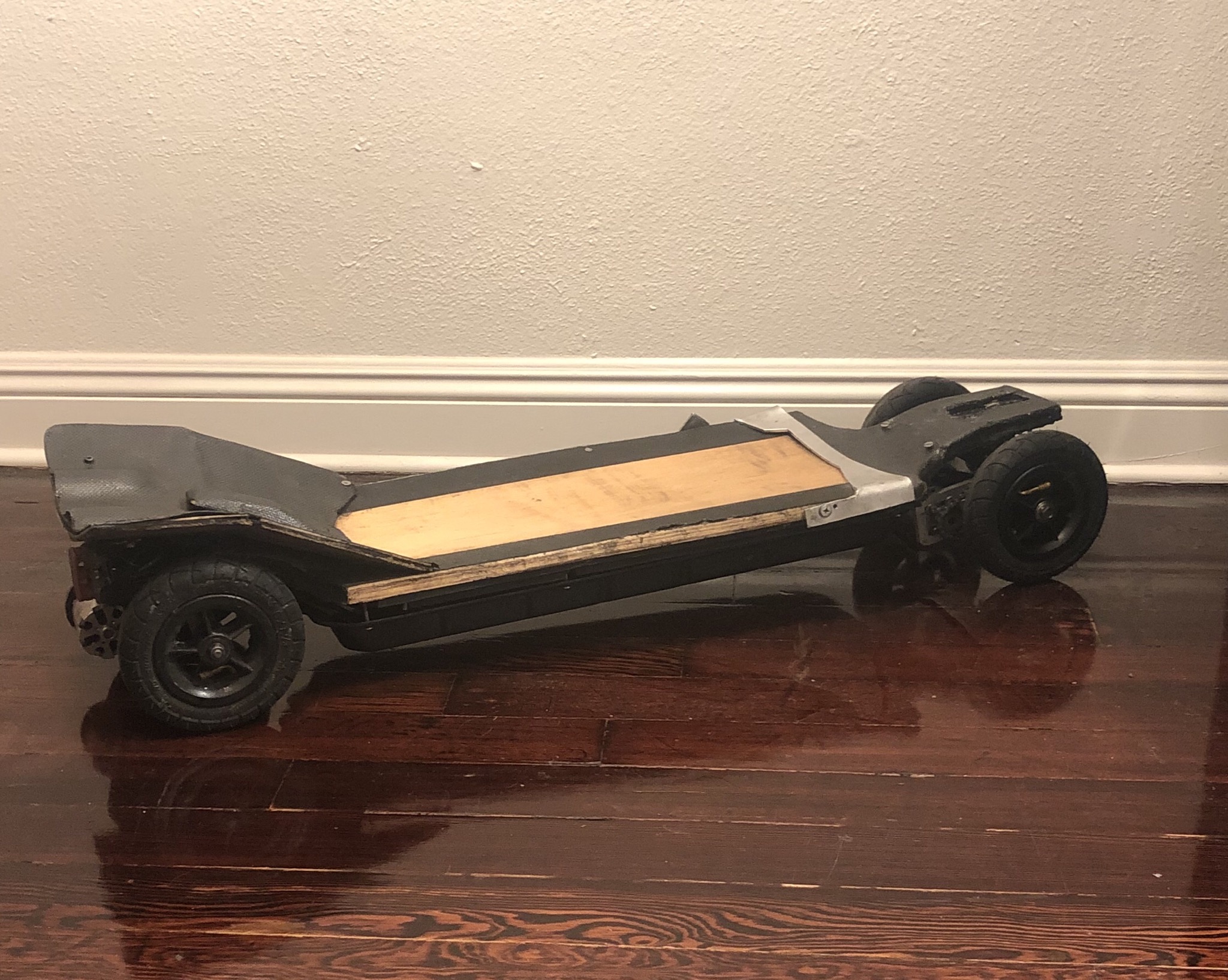 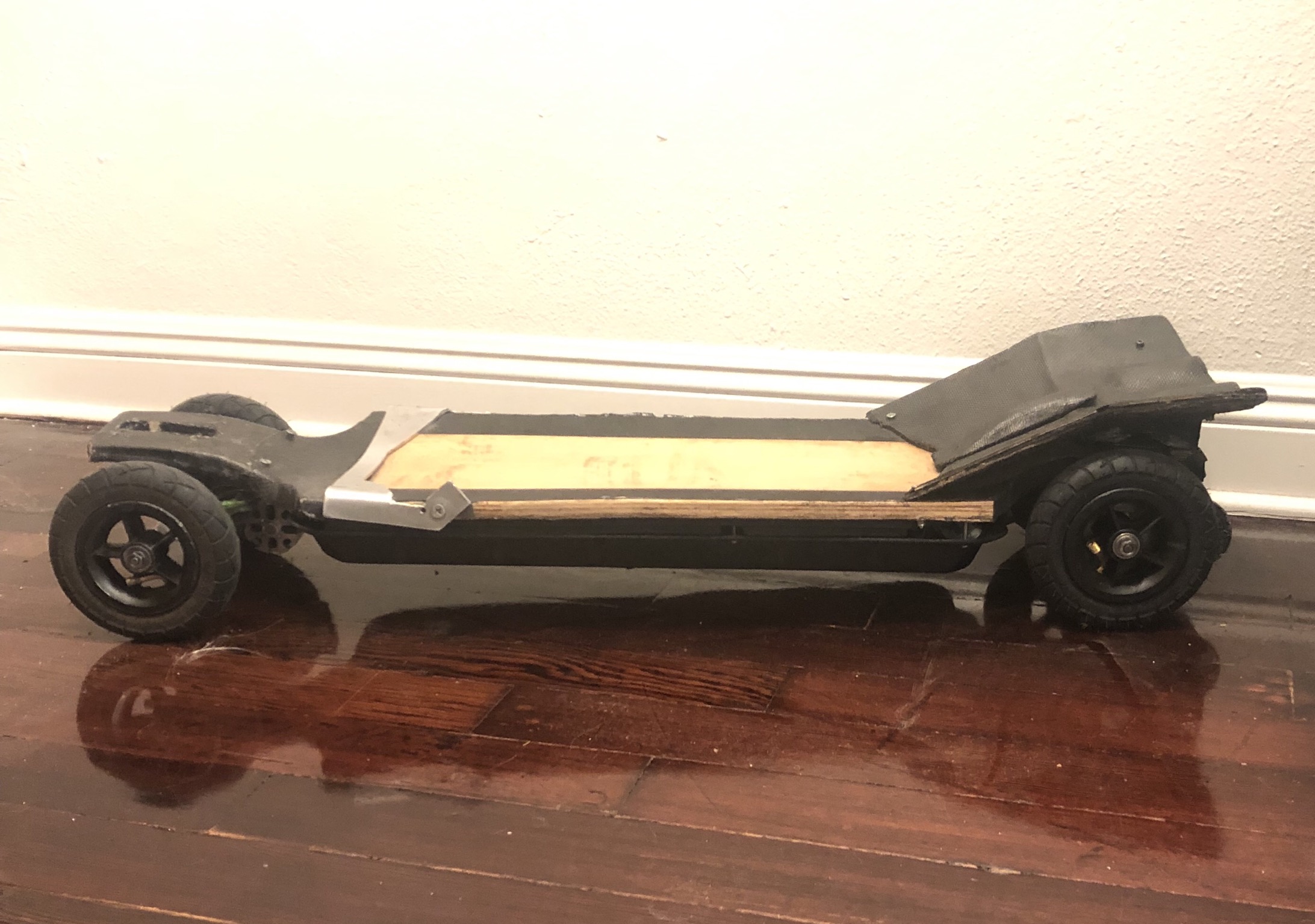 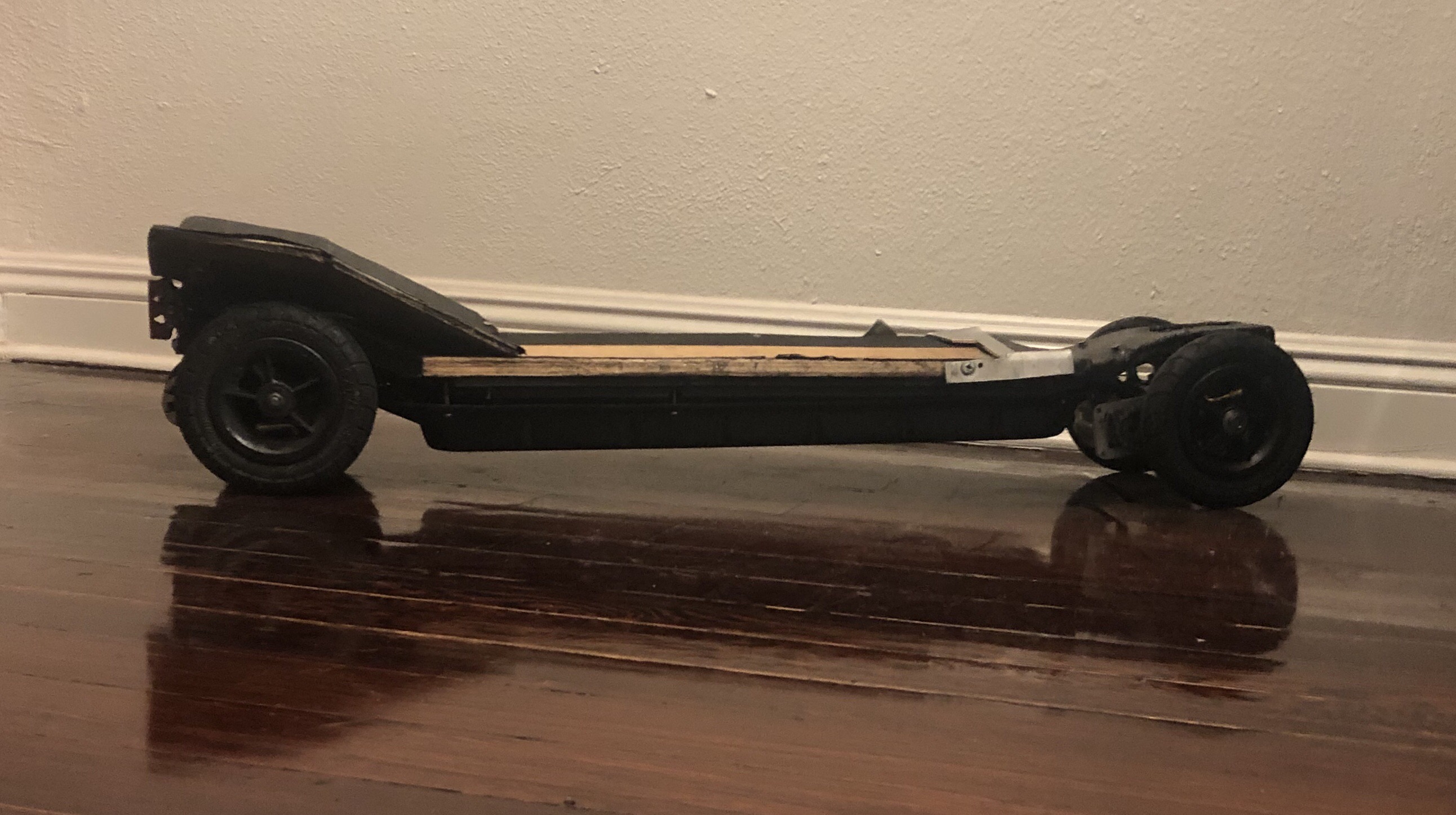 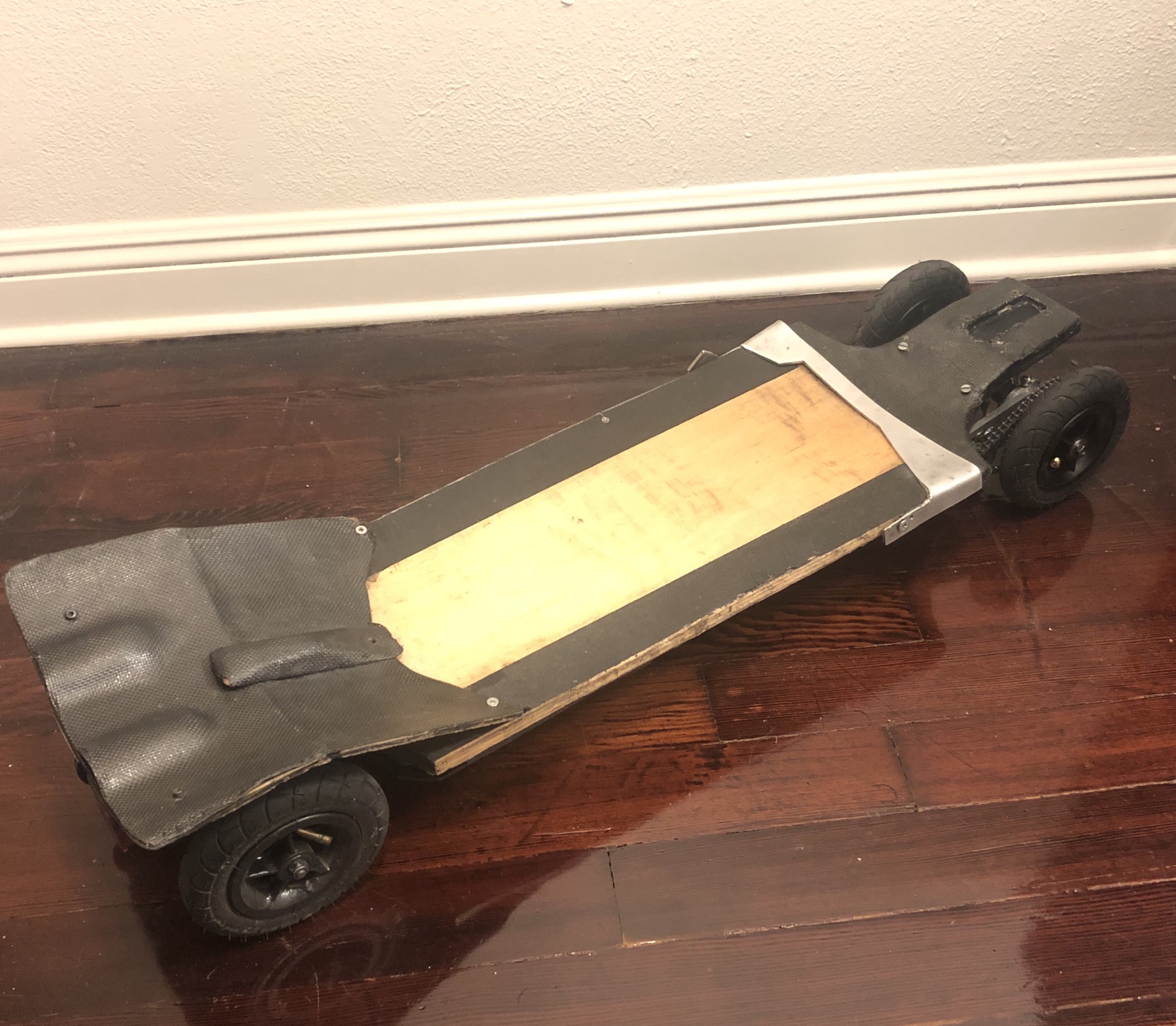 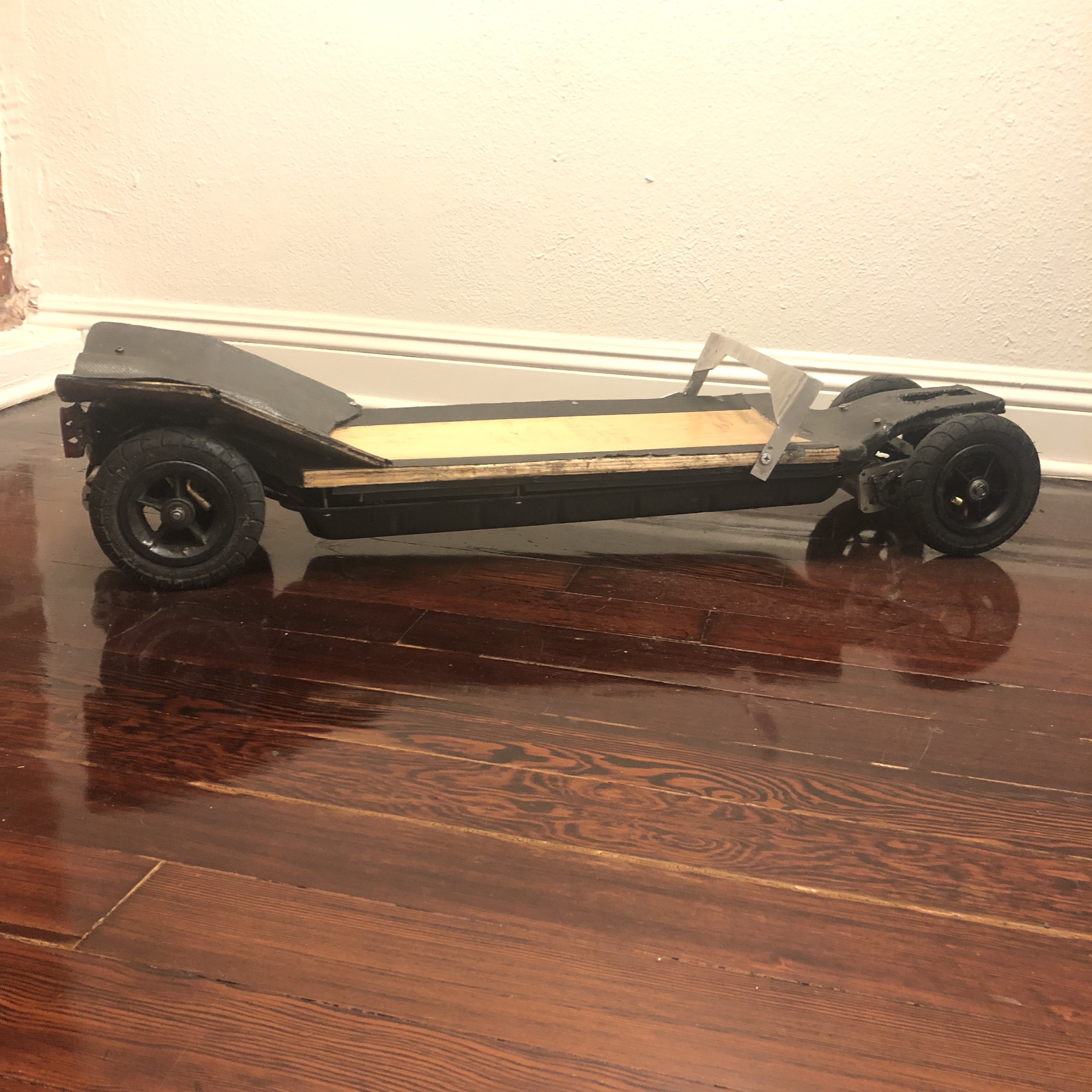 Split angle, nose is wedged about 7 degree, tail is dewedged about 5 degree. Rear trucks are drop through, front are top mounted, but routed out an inset so front truck plate is mounted “into” the bottom of the deck. Keeps deck more level and lower to the ground for purposes of enabling foot breaking with pneumatic wheels (which I use to break almost as much as I use the electric brakes)

Nose and tail are skinned and/or wrapped in carbon fiber to reenforce structural strength, bottom of deck is skinned with fiberglass as well.

This was my thought exactly! You beat me by 7 min

Question, I see you’ve got a diagonal motor setup. Is it because of lack of space on the rear truck or is there some type of advantage running diagonal?

You did this w no lights and at night?! Pretty dangerous my friend. Nice run tho.

And I’m sure that you need lights

I knew someone would get me on the “lights at night” thing! And your right… I actually have a great light that I use daily, during both night and daylight hours.

I’ll make a separate post on the light later on… it’s a topic I wanted to open to discussion anyway, but just to address the thoughtful and appropriate concerns… I happen to know This particular stretch of road extremely well. I had an office in that tall building for several years.

The stretch is almost 1/3 or a mile long, with only a single, minor “artery road” that intersects with it. Otherwise, it’s a large warehouse loading lot that borders it, and the backside of a business zone. I know the hours of all the businesses that are on that stretch, and all are closed at that hour.

So, with the exception of that one minor artery street, there is literally no place a car could “appear from”. Video doesn’t really show it, but a person really has a clear view from Where I start to the building. Had I seen a car start up or so much as light flick on, I would have handled the ride differently.

The ONLY reason I didn’t have the flashlight was because I had to hold my phone to make the video in the first place. As it was, I wasn’t comfortable as I made it, and decided it would be a “1 take and done” shot, because I wasn’t gonna risk riding back and forth without a light more than one time.

And that’s only after I had a clear view of the entire run, had slowly ridden up the street checking for debris before the ride, had confirmed all business were closed and no late night events taking place.

I’m actually the guy that rides with flashlight in broad daylight. I bought the flashlight with the highest intensity beam I could find, And still put in a pocket. it has a peak beam intensity of 140,000 Lux…, for reference, full sunlight is about 30,000 lux -100,000 lux.

The flashlight has literally prevented me from being hit by cars no less than 3 times… and once was during the day. it is so bright it stops cars immediately if shined at them.

So, you guys are right, no light = not safe… and it’s not my usual modus operandi. And not one I plan on doing again anytime soon. 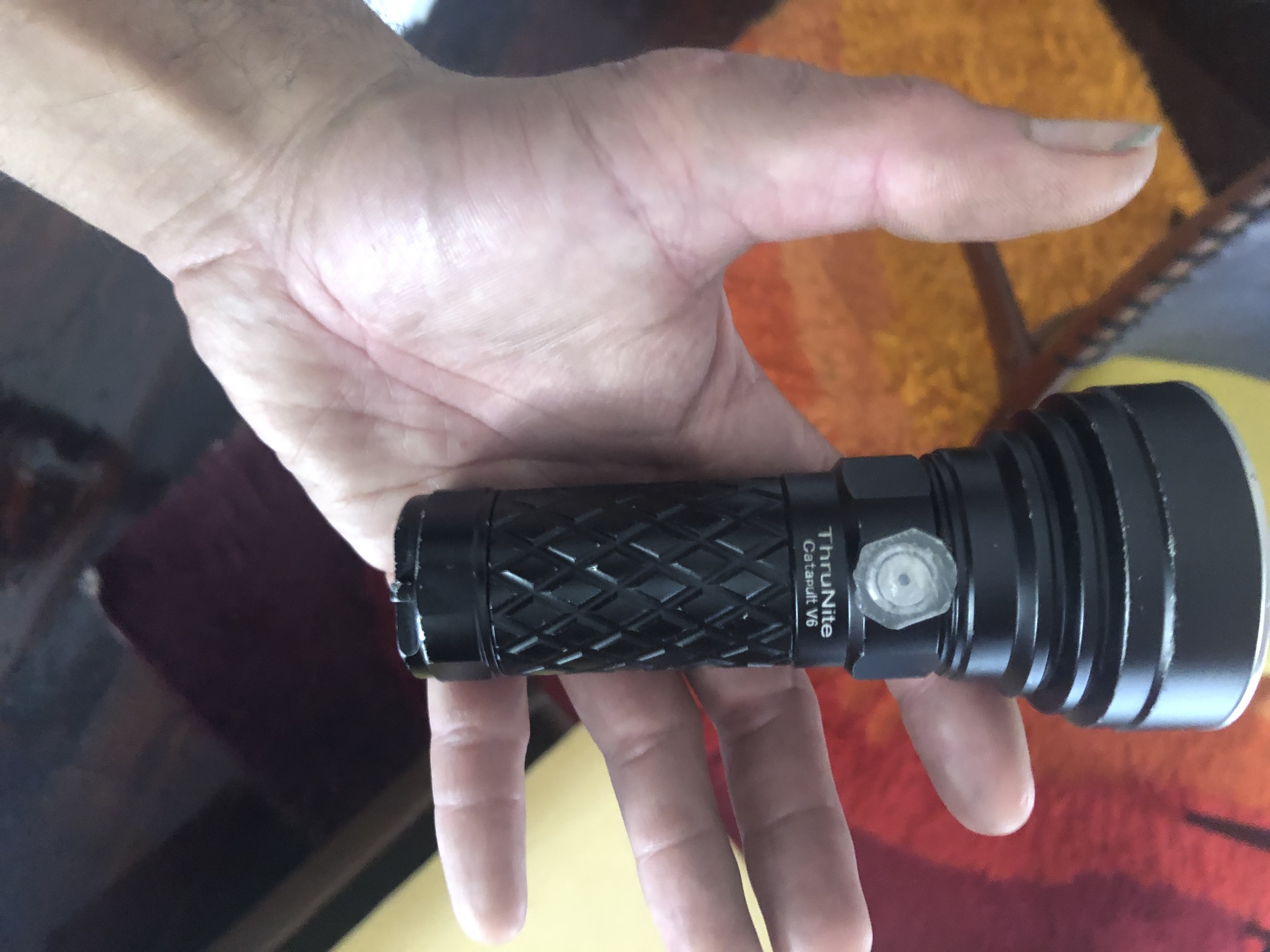 Good question, and I did it MOSTLY due to the lack of space for twin 65mm long motors on the 184mm hangers…

I almost bought the longer torqueboard trucks, but it seemed like one could have more control and keep a bit better balance if one had the source of the acceleration and brake force coming from both behind and in front than having it all either in front or behind.

this is badass look ! and so guetto I like that