It’s not a marvel of engineering. It doesn’t light-up blue. It’s not as nice as the push-button anti-spark, or similar (out of stock) on Enertion. It’s also not $45-60.

This might be a bit remedial for some of you (you know who you are), but i wanted to show how i built one in case someone else wants to make their own. You can do it easier/simpler, but i had some time to fiddle in the garage and enjoyed making it for my next build.

Starting off with the anti-spark XT-90: 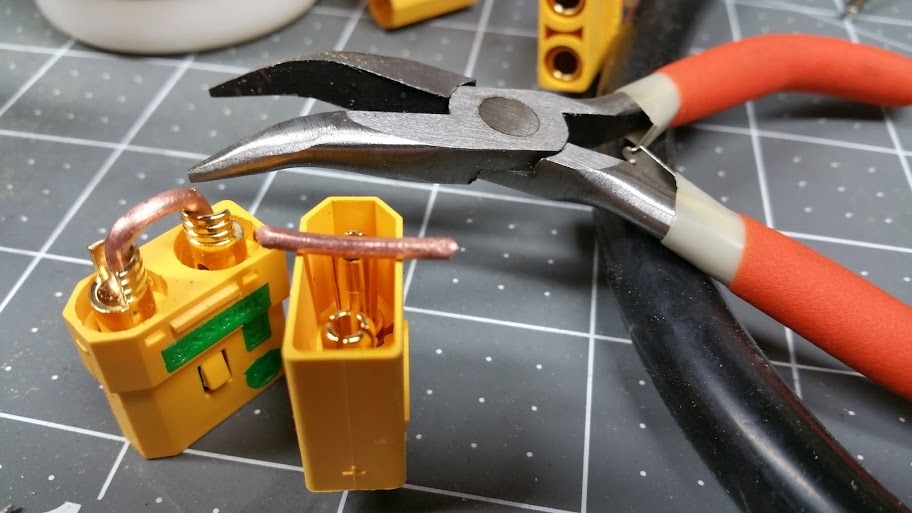 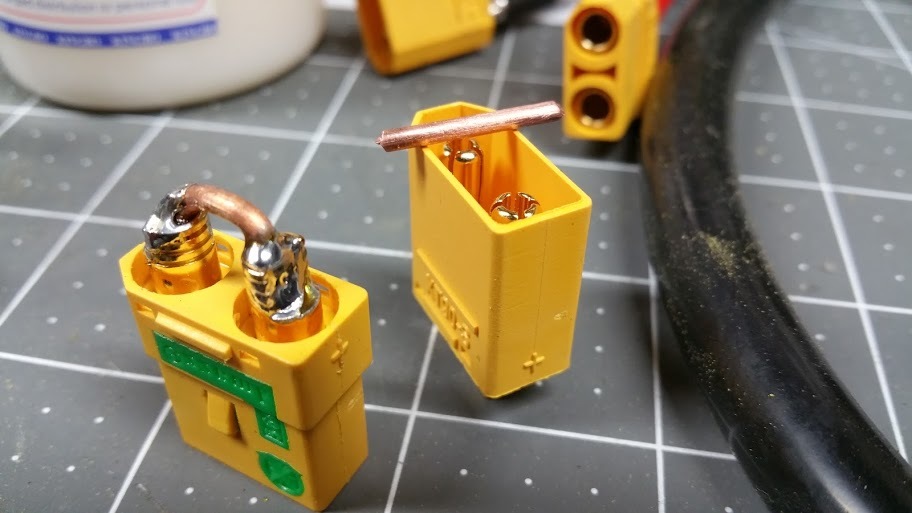 912×513 69.8 KB
I took some 12/2 wire i had laying around and the copper ground wire works perfectly to bridge the contacts for the loop.

I like modular. If it ever fails or i want to do something differently i can easily swap it out without cutting it out. 6mm connectors: 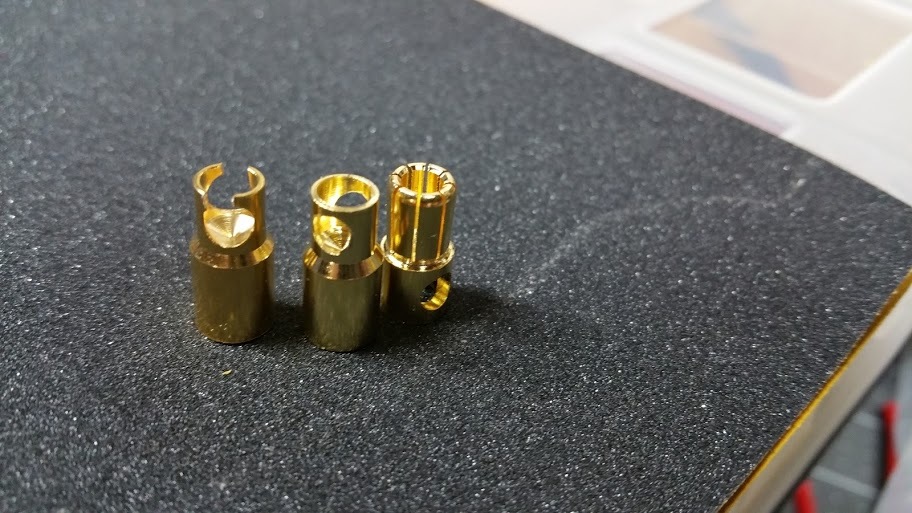 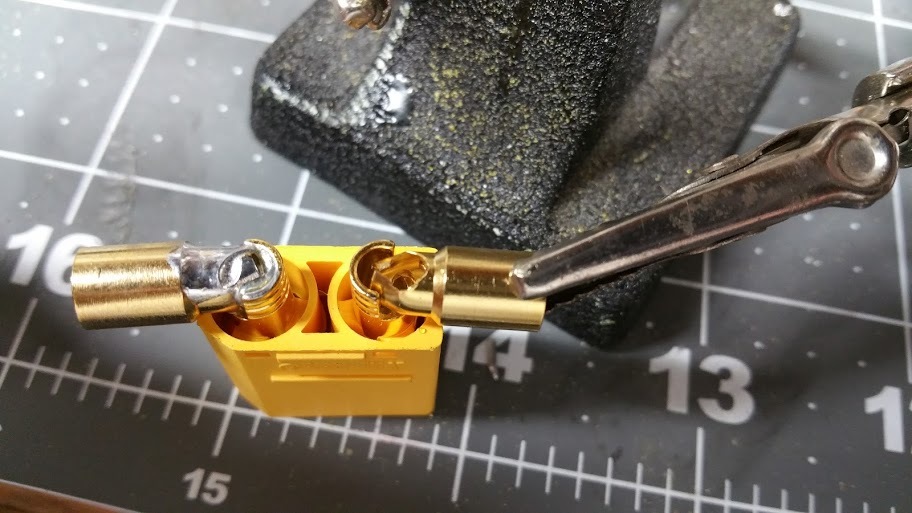 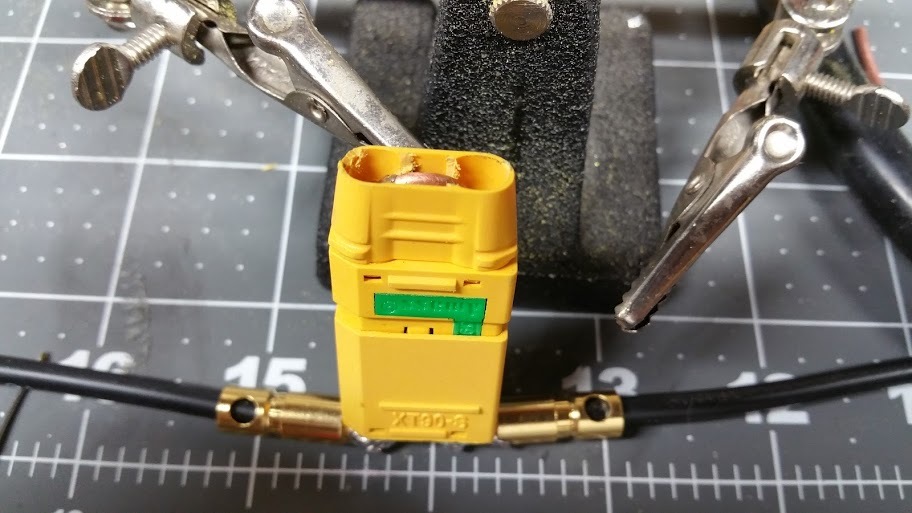 Finished with some heatshrink and paracord so i can easily pull to disconnect. 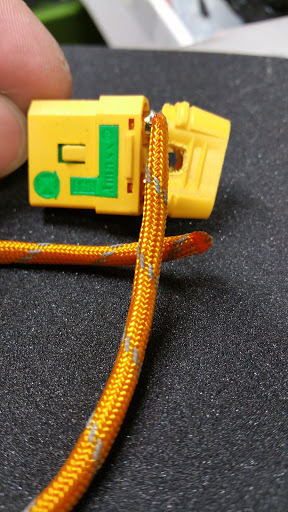 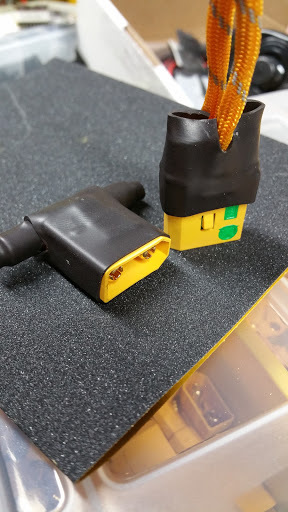 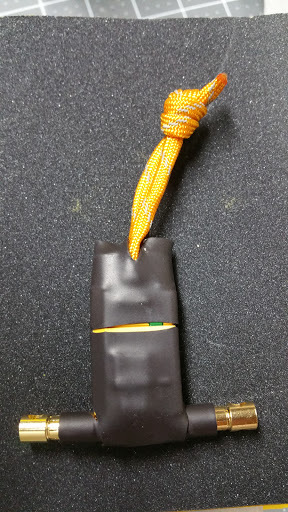 Only issue i can imagine is depth to fit. I will likely turn it flat and secure the bottom down. I might also attach a small cord/wire to the paracord loop to prevent it from getting lost. 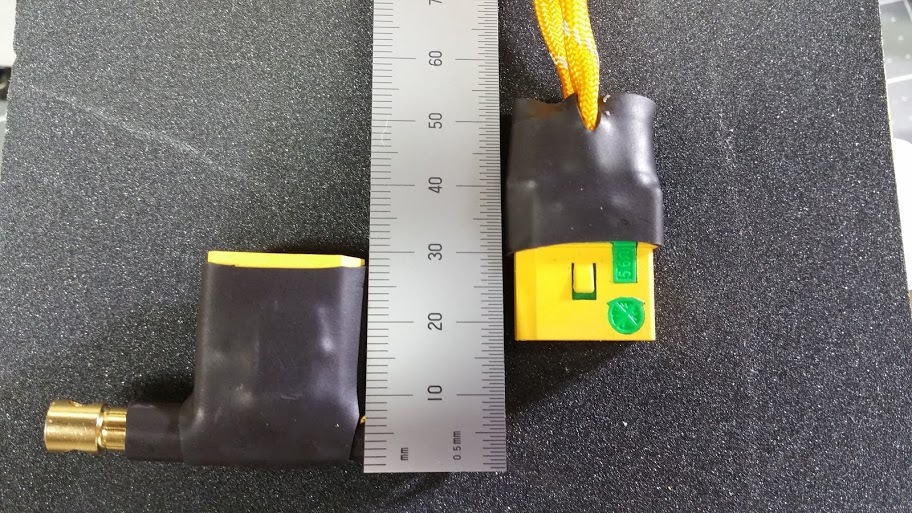 Nothing too special, but i think it turned out well. I plan to install on my new e-Omen (ongoing slowly).

also if you don’t have the XT-90 anti spark connectors you can do the same thing by soldering a resistor across the connector. I have done this with a Deans type.

There are tons of ways to do this - slow the inrush (which arcs and sparks). You can add a simple momentary button and resistor like so: 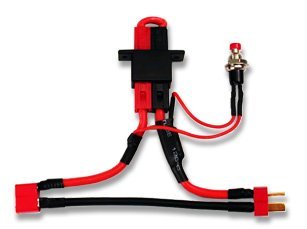 You would push the button to bypass the plug momentarily while plugging in the connector fully.

Or the pre-made XT-90 anti-spark is a great all-in-one and simple option.

On the positive connector (right side w/ green) if you look down the inside where it connects you can see there is an early contact area (also insulated from the back connector on that side) before the negative connects as well: 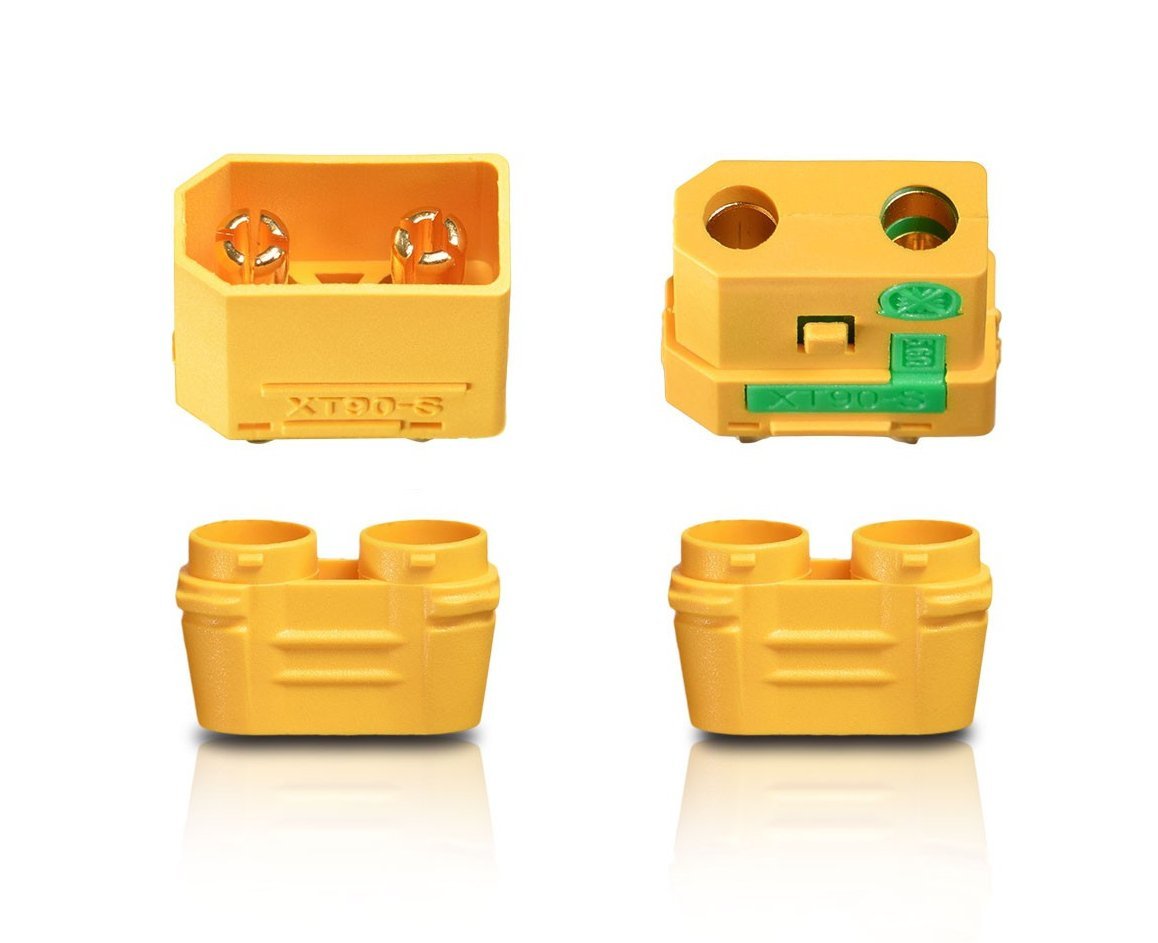 1158×943 65.5 KB
It has a resistor (labeled - something like 560Ω), so it slows the inrush and suppresses the spark. There are two “wings” or tabs on the sides which stop the plug from fully seating to allow for that inrush. When you seat it to that stop, then push in the tabs (i usually break one off to simplify), then finally seat it fully you are done. I’ve been using these inline from my batteries for a while now and really like them. For 8-12s they work great for me!
9 Likes
lox897 September 14, 2015, 11:27pm #5

Thanks sl33py. I read the thread a few more times andI think I understand it more now.

You mentioned above that it’s possible to do this with a resistor between the contacts. What size resistor would work? Also, could I use an XT60 plug instead? What’s the reason for the bigger plug?

I think XT90 just handles more amps. The XT90’s are bigger as well. An XT60 should be able to handle the amount of amps an electric skateboard draws.

Pardon my ignorance, but is this necessary when you are using a regular car ESC with an on/off switch or just for VESC’s?

It’s a good idea to use a loop key anyway. If that switch ever fails you will drain your batteries and could very well burn your house down.

Good to know. I definitely want to avoid burning my house down. That’s where I keep my skateboards. Oh, and other stuff too.

And to follow up on the question a few posts back, what size resistor would make an XT60 work for this application?

I cant remember exactly what value I used… I grabbed one at random from my pile… I think it may have been 100ohm? i think anything between 20ohm and 1kohm would probably work

Thanks. I think I remember reading where someone had used a 50 or 100 ohm resistor, but I wasn’t sure if there was a “correct” size to use.

there is no “correct” size, just something to limit the inrush current a little bit so it doesn’t arc. there are many values that would work, and also depending on how many caps you have in your particular build…

@lowGuido, do you maybe have an example, or a pic of where you used this? I get the whole intermediary circuit that contains the resistor, but not sure how you would wire it so that the current flows normally (without resistance) after it’s plugged in. I finished it off with bullet connectors to close the loop. So to turn everything off, I just unplug the XT60 plug and can leave my batteries connected without issues. Where is the resistor / how does it work ?

If you look closely on the first pic (it shows on the 2nd too), you’ll see I’ve soldered the resistor between the two terminals. So essentially, when you first plug it in with the bullet connector unplugged, the current will flow through the resistor (albeit at a much lower volume than without it). Once you plug in the bullet connector, current flows normally through the circuit, bypassing the resistor, since current takes the path with least resistance.