The idea has been rattling around my brain for a while now, I don’t imagine these will last very long due to fatigue but it’s a fun experiment. Aluminum barrel directly on rough pavement and its a smoother ride that the rough stuff wheels on the back of the board.

I machined the wheel centers out of some scrap HDPE I had laying around the shop. I imagined the final product being wire EDM cut out of high-carbon steel, but at 5K cycles/mile I think it might be pushing the material limits, even for high-cycle springs.

One can only dream, right!? 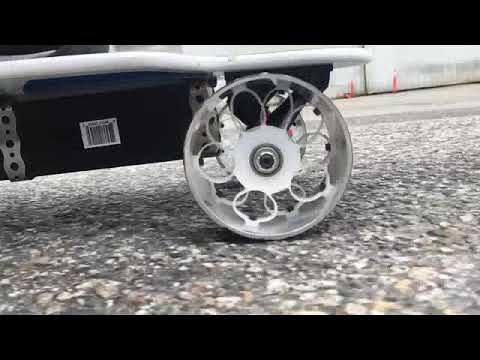 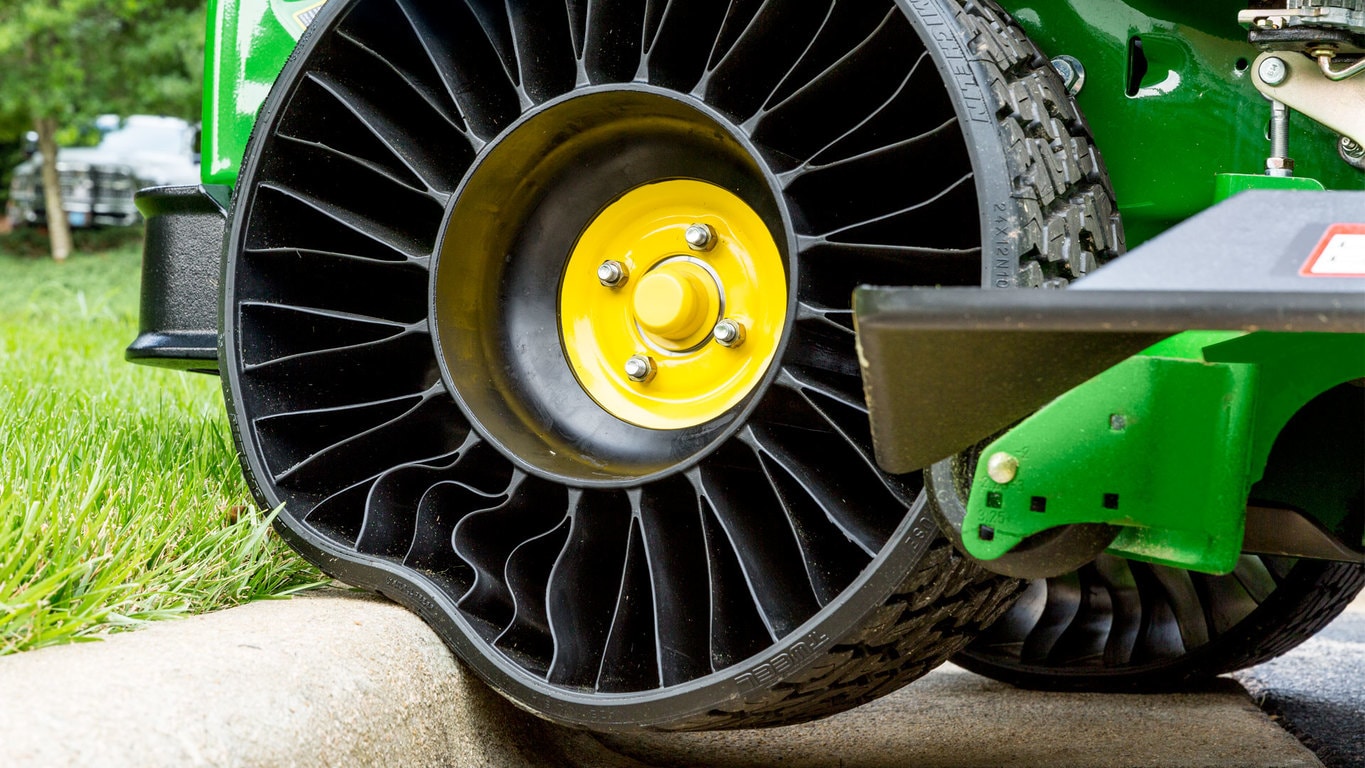 Sorry I had some trouble with the video link…can you see it in the post now? The design would be similar to whats in the video just with a urethane skin on the outside of the wheel.

This is basically what I was going off of. In the case of rubber though, you would still have a ton of rolling resistance as the outer rubber shell deforms.

Pretty different than this concept because w/ OPs wheels you maintain a circular rolling surface and a low rolling resistance.

Any idea of what the suspension travel could theoretically be for a design like this?

I think that would be largely material dependant. More travel = more fatigue is the main problem. Right now there is about a 3/8-1/2" on a 4" wheel. In theory, I couldn’t see much more than 3/4" for this size of wheel…but the “spoke” geometry/design would have to change for that. Maybe i"ll add a few squiggles to the circles.

3/4" is actually pretty huge for a skateboard. Avenue trucks I think are only about half an inch, or maybe a bit less.

Quarter inch would be distinctly noticeable.

Airless pneumatic? That seems redundant. Ive seen those honeycombed truck tires, but ive never heard or seen them refered to as such.

Oh for sure! 3/4" Is huge (won’t ever hear that again:wink:)…I was hoping to achieve a true longboard ride quality on a shorter kick tail, in which case i’d probably need at least that in travel to mimic the flex of the deck. Why not shoot for the moon right!

In my head, if i can significantly dampen the axle from the contact patch it would eliminate a whole host of problems…flexible deck/enclosures, bulky motor mounts, vibration to electronic components etc. basically allowing for much more lean setups and increasing the life span of the board.

Ahh, couldnt see the vid at First, now i understand