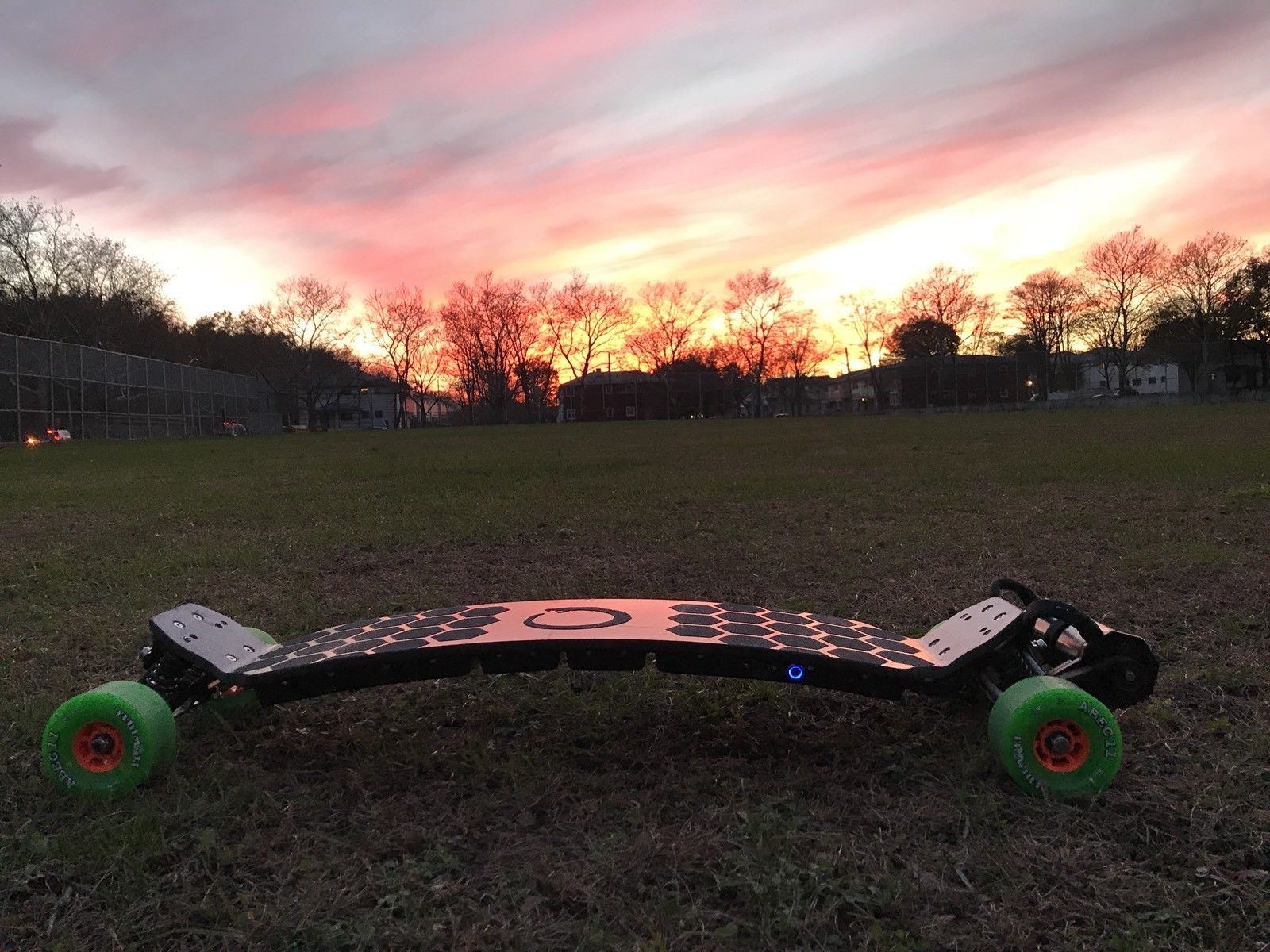 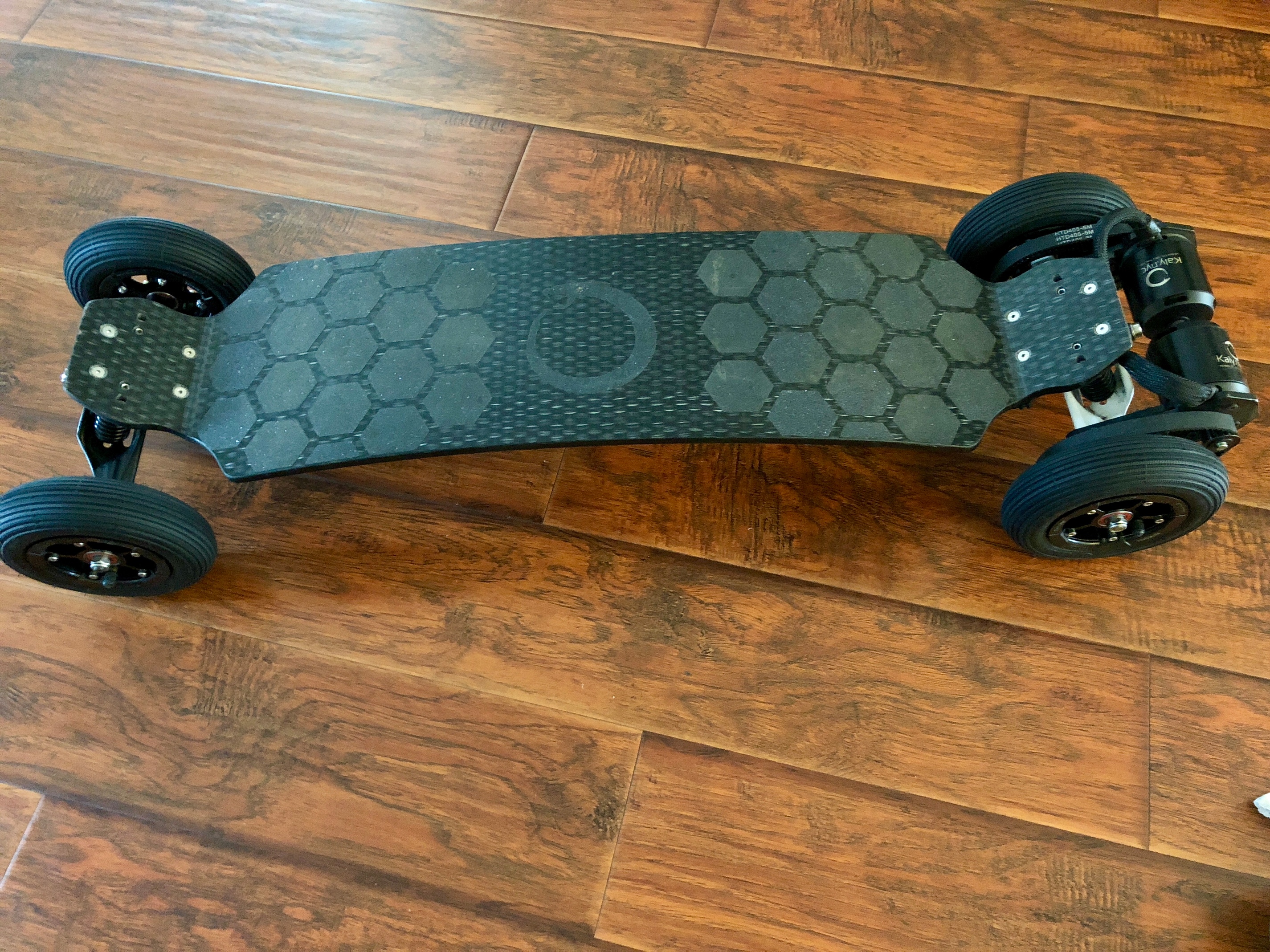 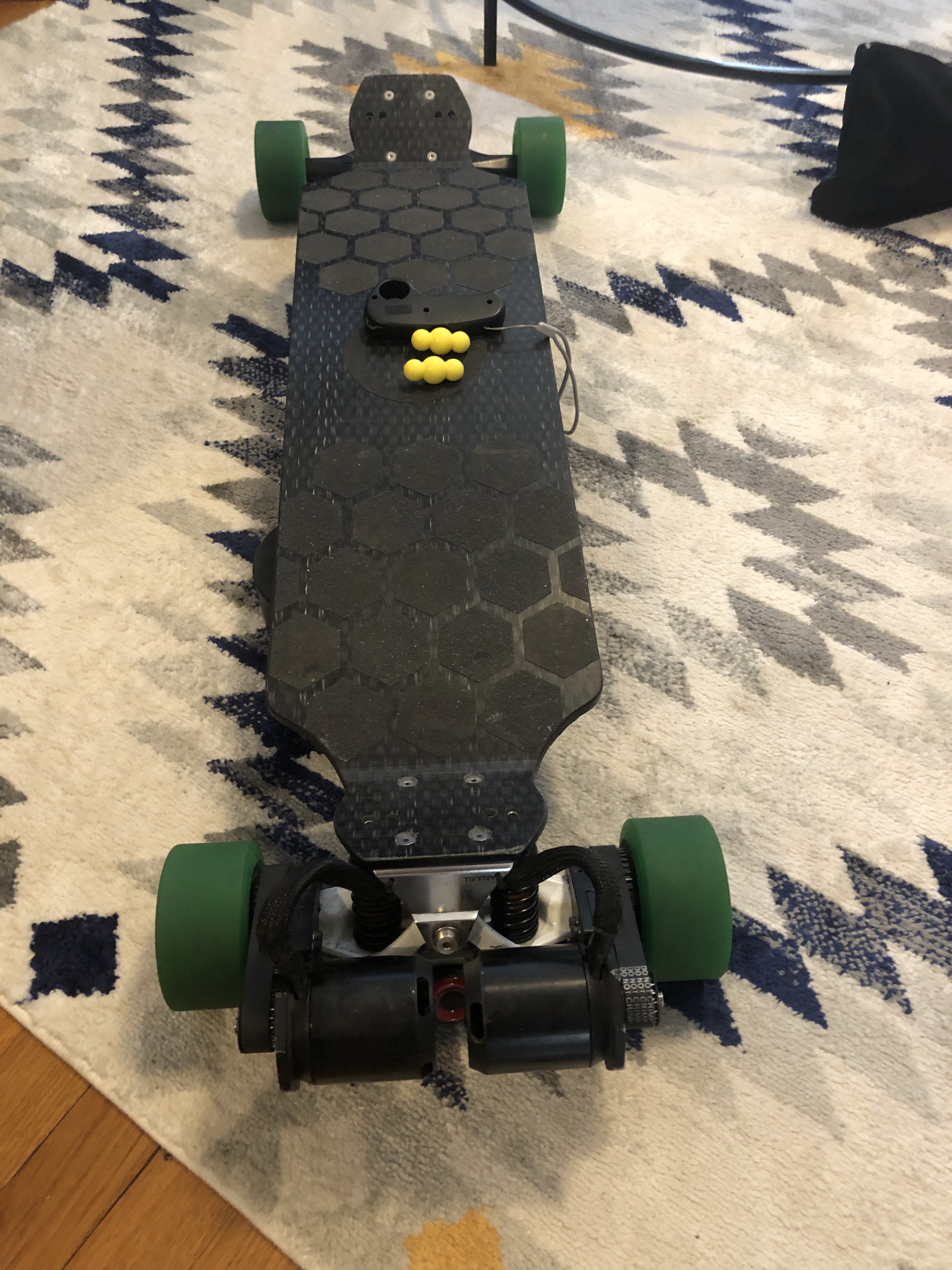 Located in SF California. Will ship in the US.

Price: 1500$ plus PayPal fees and shipping

@erwintol1999 may be interested! Just an hour ago he told me he was looking for a second hand trampa

does it come with the charger?

It sure does. That’s my boys Board n it looks like new Great deal!!

Hmmm… where were you last week…

does it include the parts for the AT setup?

You didnt say, but you did include the pic

ummm, i’m seriously pondering getting this. its a great deal and i live in the bay area… fak.

Oh no!! Can’t believe buyers pussed out on you bro Hate it when people do that

Hi, does it still on sale ?

Is board still available,I have 2 Trampa direct from Trampa but would love a Kaly,I’m not a time waster

A few questions, asking because I’m dealing with a second hand Kaly board I recently bought…

What firmware are these VESCs running? Are you able to connect them to VESC tool and update settings without fault?

Also, are any screws stripped or loctited? Can you remove the motor pulleys or are they loctited in place?

Are you able to connect them to VESC tool and update settings without fault?

Doesn’t matter which firmware on the esc you can always flash the one you want to use.

Heat it up and you can remove it. That’s the key with loctite.

appreciate your input, I’m concerned because I current have 2 bricked VESC X’s that have not successfully updated their firmware without fault. One of the VESCs literally won’t actually update. I was able to update the other, however after the update it no longer detects or powers motors. It was working with the outdated firmware, but after updating it no longer works.

The thing with loctite being in the wrong places is that you can unintentionally damage other components trying to get it hot enough to remove. For example, I purchased a board where the motor pulley was loctited to the shaft, and after heating it up for a whole 3 minutes till it would finally budge, I accidentally bent one of the retainer rings getting the pulley off and the ring ended up falling off. Now i need to wait for a new pulley,

Also the nut holding the wheel on the axle was over tightened and I can’t remove the wheel/belt without removing the motor mount, which is heavily locticted and I’m damaging the wheel, belt, and motor cables trying to get the set screws hot enough to remove.

Bricked vescs you can recover with a st v2 link or the newest vesc tool and than you can flash the Slave via master.

With a blow torch there shouldn’t be a need to to heat up pulleys/screws for 3 minutes.

but as well solvable.

Hello, is this board still available? I have cash ready and I am very interested in this board. Thanks

I think my buddy still has it …

That’s excellent! If it is still available, I’d like to make an offer for the board.