Looking for guidance, on first time building my e-board

hop it’s in the wright place Ben reading / gathering info for my build, wanted to get your advise and guidance on my planed/aims/setup for this project…

i want to build an e-long-board for every day us, going to work or college or just simply buying groceries my aim:-

What i have at the moment is the board was on sale booth it at a local store drop trough long board drop through pairs truck ‘‘i believe’’ 72mm wheels with ABEC-7 bearings BRUNOTTI BOBO LONG-BOARD https://www.brunotti.com/en/summer/boards/longboard/bobo-longboard-24432.html

That’s all i can think, I need and required to start working sorry if i semis to be asking a lot from you guys but i really need your help and guidance on how to approach my desired e-board …

my salute to all Ciscotory

Your ESC needs to be picked before you pick battery. VESC is my suggested and will handle 10s if you stay below 190/200kv motor (avoiding >60k ERPM).

Enertion mount is really simple and works really well. I also like the DIYes. More adjustable angles as a bonus.

I’m kinda “old school” and would suggest the GT2b over Arduino. Much more proven, and when going fast - last thing you want is to lose connectivity/control!

know how to solder? have a decent adjustable soldering iron/station? making your own custom length cables really helps keep it clean w/o “spaghetti” wiring being a clutter underneath or in your enclosure (also restricts airflow for cooling).

You’re definitely on the right track! I would second @sl33py: 190kv motors and VESCs to drive them. We’re pretty biased towards the VESC around here cause it works pretty well once set up.

I’m not sure I understand what you’re planning on doing with the Arduinos, but I think trying to use them will just complicate things. If you were hoping to use them as your remote as @sl33py mentioned, I would caution against that even more, at least on your 1st board. The GT2B (any any of the modifications for it) are the most reliable. If you want something a little different, I think the most I can recommend is the NunchuckRF (what I went with personally).

With your top speed it will really come down to gearing. How steep are the hills around you? There’s some tradeoff between top speed and torque (which affects your hill climbing ability and your acceleration). I’d personally recommend that you aim for a bit lower speed and then later on change your gears and possibly belt if you’re really craving more. That’s just me

You’re battery should be fine. I think you’ll be able to get 10-20km of range with that, but if you have the budget, I’d get a larger parallel count like 10s4p. That will secure that range a little better.

sl33py thank you very very much

you really helped me a lot

If it’s not asking to much, I have few more questions

Thanks again for your help and time really appreciate it …

3 - so there are a few speed calculators out there, but here are some examples: 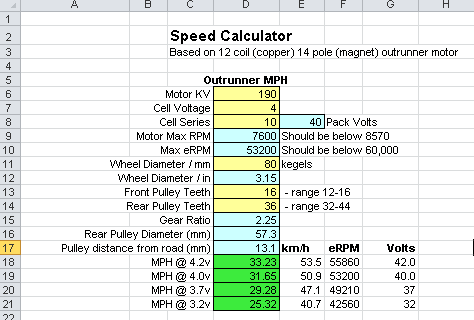 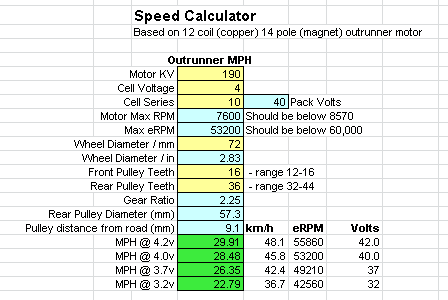 4 - Dual belts, one on each wheel, not together. 9mm wide belts were popular but broke somewhat frequently so a lot of guys switched to 12mm wide htd5 belts and they handle the power nicely. 15mm is standard but two 6355s wont fit side by side on standard 180mm trucks with 15mm belts, so that’s where the 12 comes from.

5 - range - I’ve been averaging 10 watt hours per kilometer, so you can easily hit a 10-20km range with a moderate size battery. I went 40 kilometers on a full charge last weekend and still had some charge left.

Thank you also for the great info and help

you guys are the best ill give you some info on me i’m 172 cm and 85 kg in wight, in the heavy category

that’s a great advice thank you…

If it’s not asking to much, I have few more questions for you as well

I’ve been searching and still looking online for builds with Arduinos or other micro-controllers like raspberry pi i believe these micro-controllers have a lot of functions and advantages, for example i want to add LED lights for front and tail lights to my board at a later stages as extra as this could be a possible feature or any fun

Thanks again for your help and time really appreciate it …

Vedder’s ESC = VESC. An amazing creation and really cool he built this. As an option to the car ESC’s…

Good question. It’s not overkill, but the higher kv won’t work well for e-sk8. You want lower kv if possible. It’s not really about drain and volts - more about limitations of the VESC and it’s ERPM limits. Your motor ERPM needs to stay below 60,000 ERPMs to avoid damaging the DRV chip on the VESC. So as a general rule you want to stay <200kv - but you can use 270kv motors if that’s what you have - it’s less ideal, but you’d have to use a lower voltage battery setup (maybe 6s - and possibly up to 8s (running speed calc)).

a 3d printed motor bracket will not work. Yes i know someone somewhere has gotten one to work… but let’s just skip to making one from aluminum/metal, or purchasing one from a vendor or fellow builder here.

I’ve used 3d printed wheel pulleys… they work pretty well and if you can make your own as they wear - a great option!

If you want to gear down, i would go with a lower kv motor first, before lower gears like this. 14/36 or 14/40 should work really well.

the belts are on each side, so don’t cross - no issue with them tangling. Dual 9mm will work, but i’d suggest dual 12mm. The kits from both Enertion and DIYes both are 12mm i believe, but please double check.

I would still caution you to stick to an ultra-reliable GT2b or similar. You can them move into 3d printed enclosure pretty easily (I have an old writeup you can look at to see complexity - not too bad): 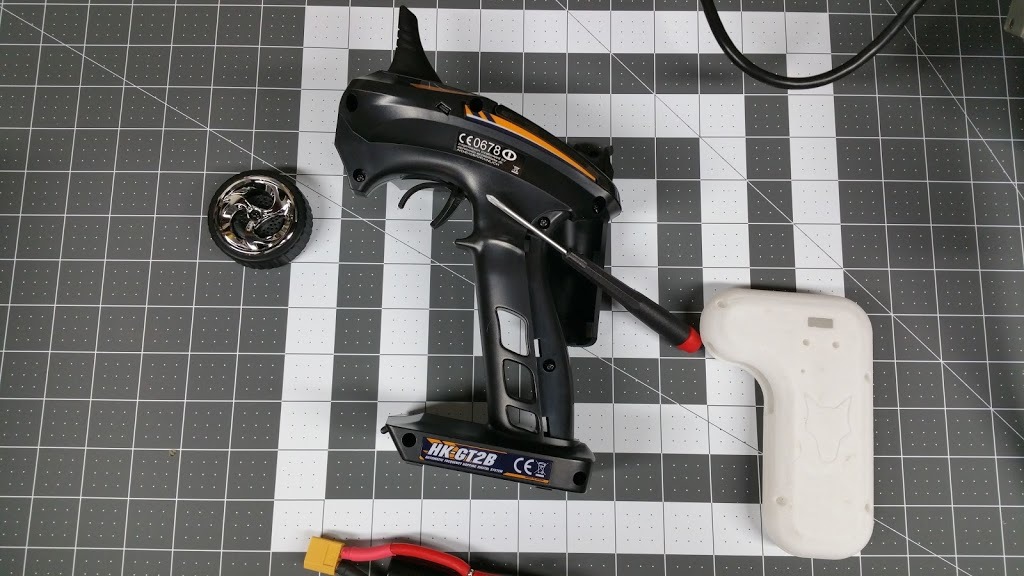 Sharing a post from ES. Credit to Badwolf and others who have obviously developed and done this before. Besides Badwolf’s directions on thingverse, and some detail from others here on how they did theirs - there wasn’t anything consolidated in one...

When you are going 30-50kmh you do not want to have any control issues (loss of acceleration/braking), because at those speeds your reaction times are so fast and any error could be a serious injury (wear protective gear appropriate for the speed you intend to go).

Easy to add on. Several folks have LED’s including some addressable LEDs. Do some searching and you’ll find some options.

I had to check the SPACE cell specs, but it looks like 270Wh / 10 (every 10 = 1km) = 27km. Now this is an estimate - and hills, or a heavier rider, or even hard acceleration will decrease your range. Also kicking to start, not accelerating super hard, etc - can all extend it slightly too.

@ciscotory I’m very impressed with the way you all guys build your own electric skateboards, it is definitely the best way to customise it to your needs

Off-Topic: Will you be joining the meetup in Dublin for a ride the 13th of May or any other future rides? Check out my profile for the link